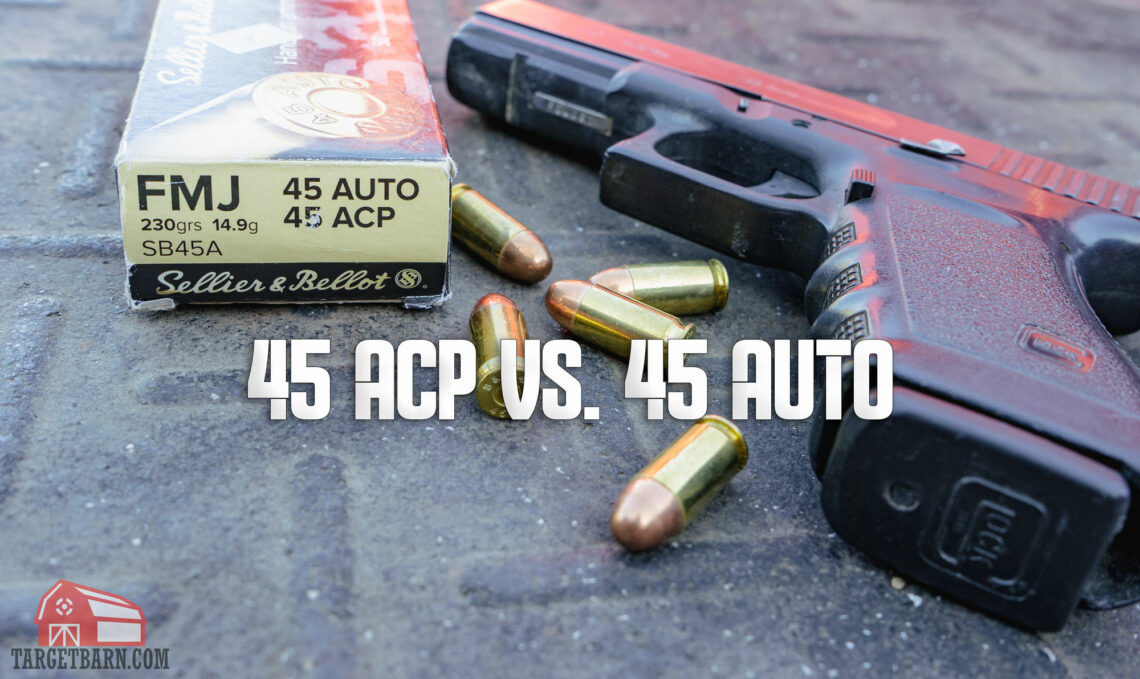 When ammo shopping as a new shooter, cartridge names can get a little confusing. One question we often see is about the .45 ACP vs. .45 Auto cartridges. With slightly different names, shooters may wonder which they can shoot in their guns. Luckily, we’re here to clear up the confusion.

It can get a little confusing for some shooters, but some rounds go by different names. In this case, it is up to the ammo manufacturer how they label their rounds. That’s why you may sometimes see “.45 ACP” advertised on some ammo boxes and “.45 Auto” on boxes from other manufacturers. You may even see both used on the same box. 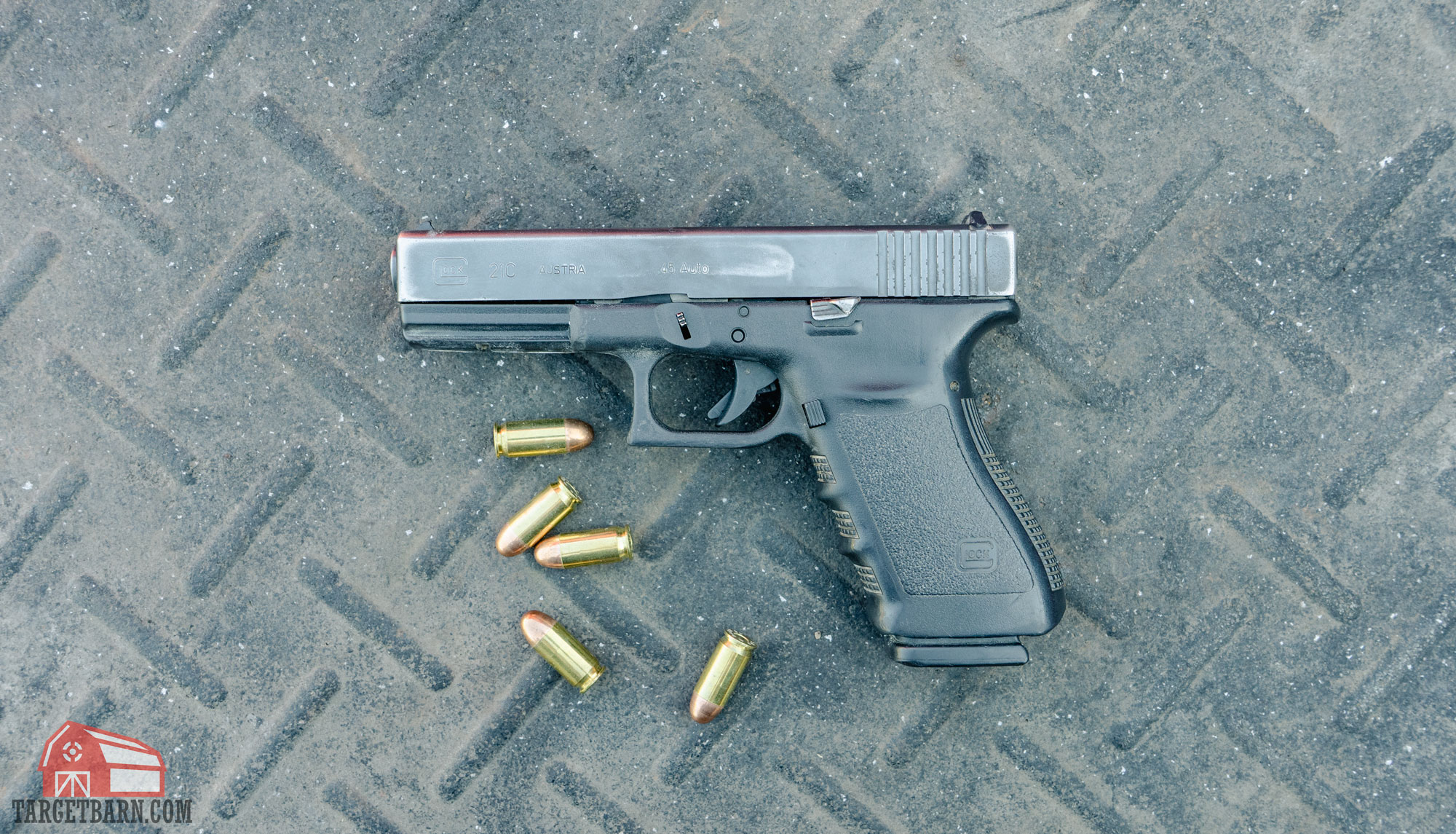 In the .45 ACP cartridge, ACP stands for Automatic Colt Pistol. Legendary gun designer John Browning gave all the cartridges he created for semi-auto pistols the “Automatic Colt Pistol” name. The .45 ACP, a rimless, straight-walled handgun cartridge originally designed for use in the 1911 pistol, was no different.

The Sporting Arms and Ammunition Manufacturers’ Institute (SAAMI) came to be in 1926. The goal of SAAMI was to create industry standards, coordinate technical data, and promote safe and responsible firearms use. Part of their work included standardizing the parameters for ammunition among different manufacturers.

The .45 ACP vs. .45 Auto names came to be when SAAMI standardized the .45 ACP round. The .45 ACP name was trademarked, and SAAMI refused to have any type of trademarked names in their database. Therefore SAAMI submitted the .45 Automatic, shortened to .45 Auto, which had identical specs to the .45 ACP.

John Browning designed the .45 ACP cartridge in 1904 for a new semi-automatic .45 caliber pistol he was designing for firearms manufacturer Colt. He had initially been working on a .41-caliber cartridge, but modified his design to a .45-caliber equivalent at the request of the U.S. Cavalry. Browning’s result was the Model 1905 shooting a .45 ACP cartridge with a 200 grain bullet with a muzzle velocity of 900 feet per second. Colt submitted the design to the U.S. Military which made it to the second round of evaluations.

The second round of evaluations occurred in 1910. Colt’s design passed the testing and the U.S. Military adopted it as the Model 1911. The final iteration of the .45 ACP used a 230 grain bullet with a muzzle velocity of 850fps.

There are a number of other .45-caliber cartridges that aren’t the same as the .45 ACP and .45 Auto. 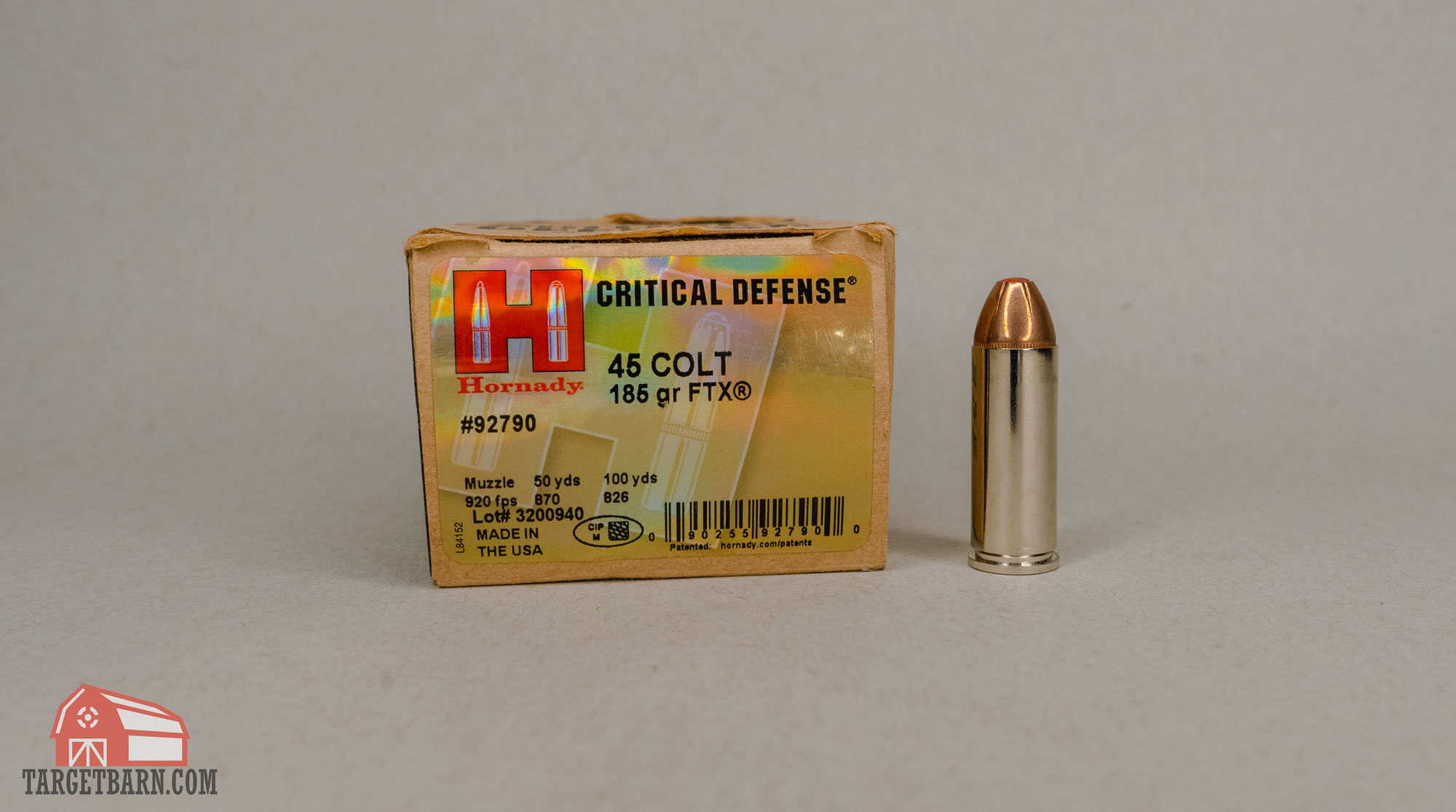 The .45 Colt is handgun cartridge that dates back to 1872. It is a rimmed, straight-walled cartridge that was originally developed as a black-powder revolver round for the Colt Single Action Army revolver. Compared to the .45 ACP cartridge, the .45 Colt is longer and slightly more powerful.

Also known as the .45 Smith & Wesson, the .45 Schofield was created by Smith & Wesson in 1875 for their Model 3 Schofield top-break revolver. It is shorter than the .45 Colt with a larger rim. 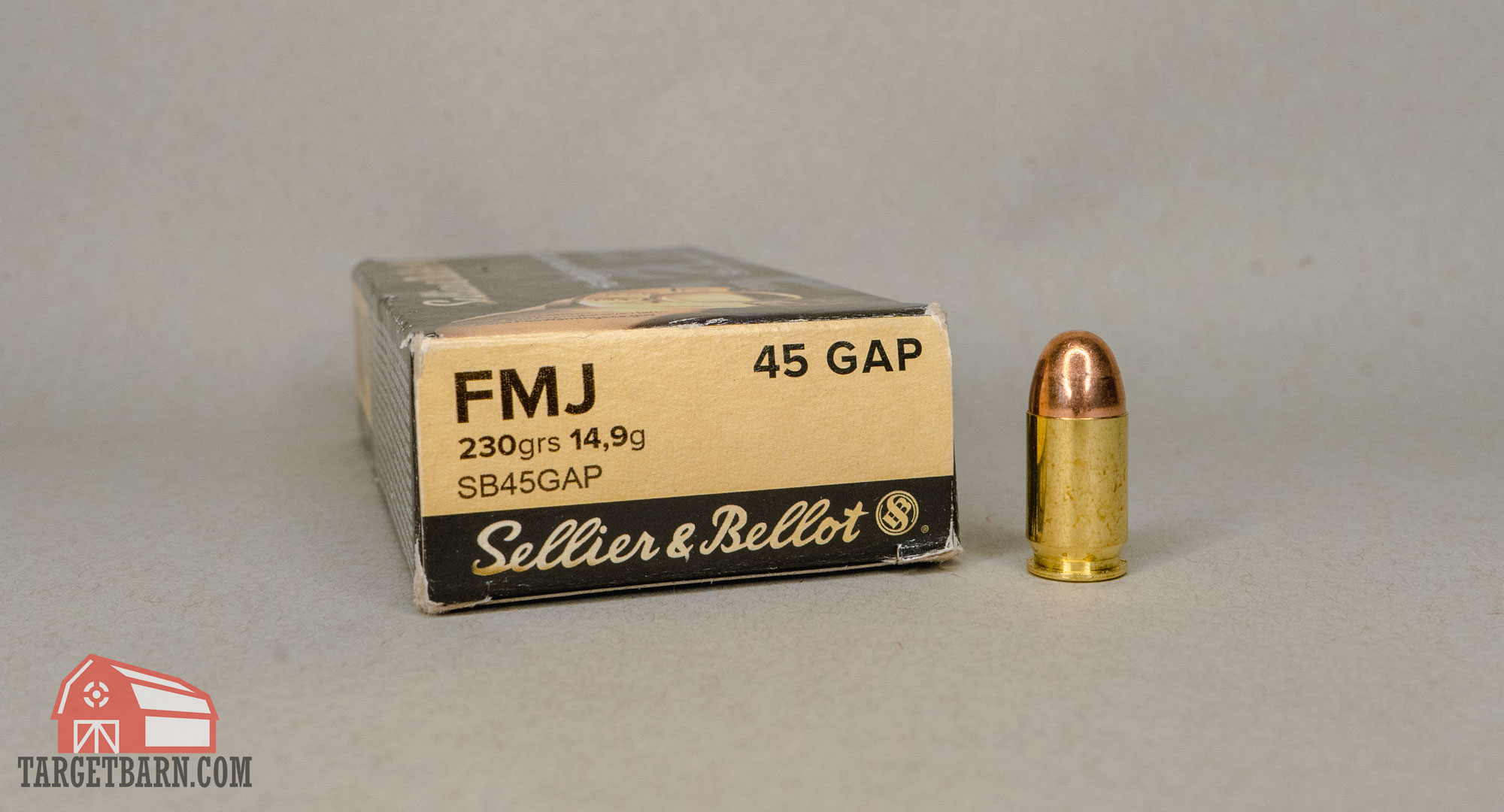 The “GAP” in .45 GAP is short for Glock Auto Pistol. CCI/Speer designed the round at the request of Glock. Glock needed a round with similar power to the .45 ACP, but shorter and with a stronger case head. It has the same diameter as the .45 ACP round, but is slightly shorter. It also uses small pistol primers rather than the large pistol primers used in the .45 ACP. There are very few guns chambered for the .45 GAP, with Glock offering the Glock 37, Glock 38, and Glock 39. 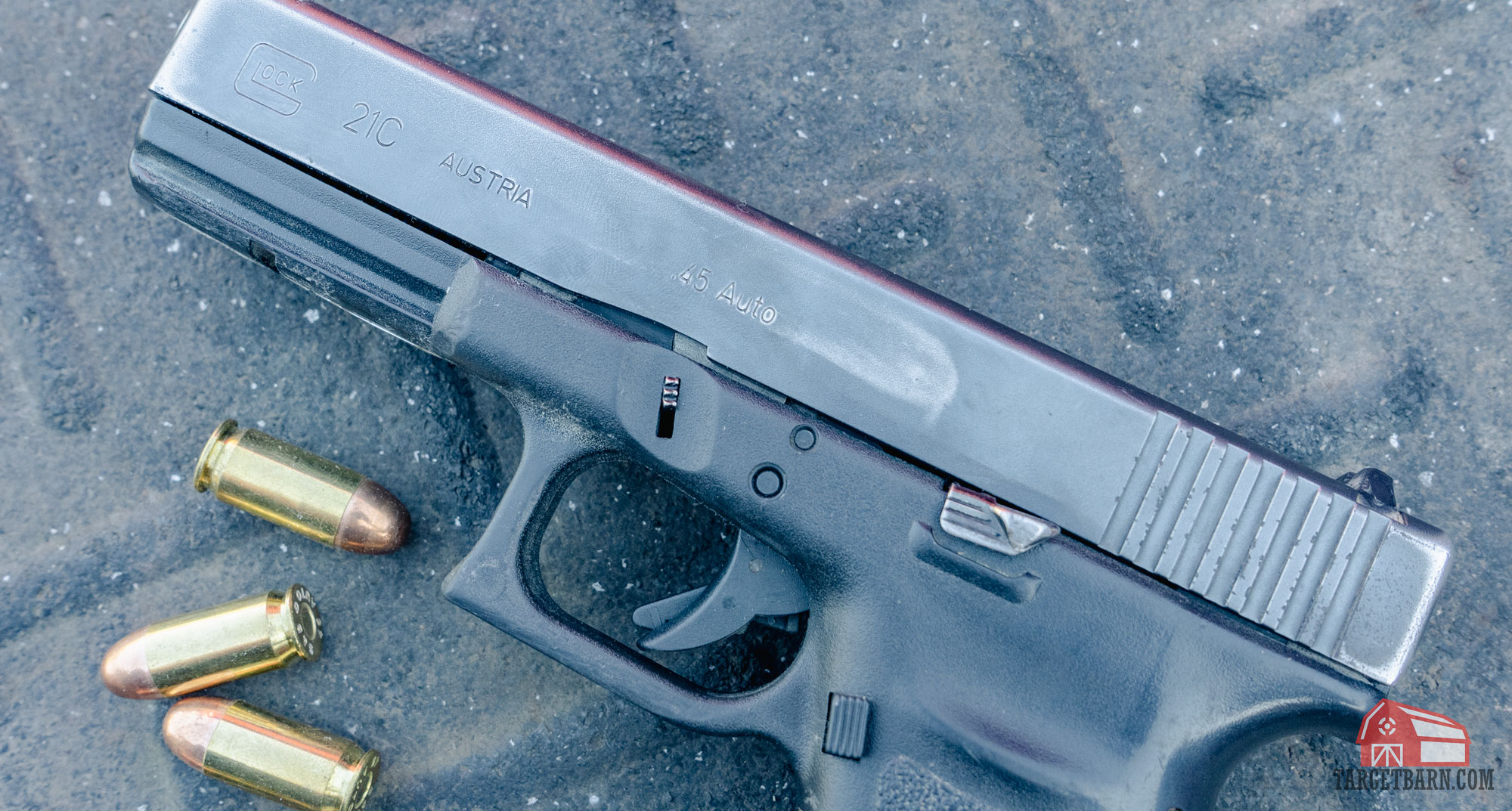 Now that you armed with a little more knowledge, you can shop for .45 ACP ammo with confidence to stock up for your next range trip.