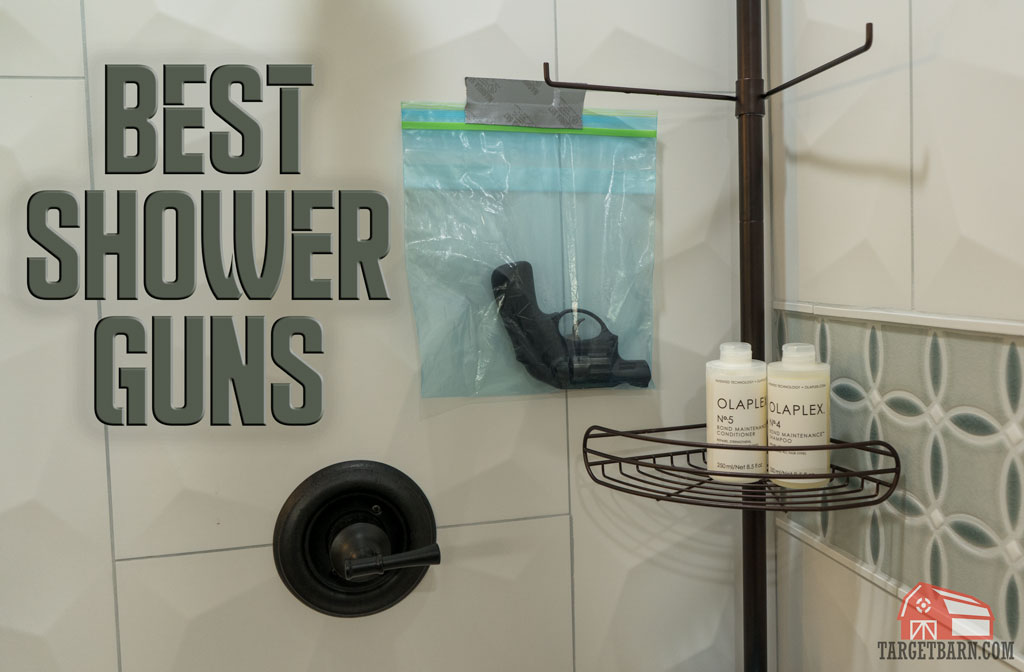 The internet was taken by storm in early 2020 when a man defended himself from a home invasion while in the shower. Instantly, the shower gun memes were born. A Redditor even came up with a design for a gun box that can safely go in the shower. But the important question of “what’s the best shower gun” was never answered.

Luckily, we’re here to provide you with five recommendations for the best shower gun, as well as ways to safely store those guns.

Opening our list of best shower guns is the Mossberg 500 Mariner, a pistol grip pump action shotgun in 12 gauge. Why is this a great shower gun? The Mariner guns are designed to be corrosion resistant, and as we know a shower is a high humidity environment, so any gun that’s good for life at sea is going to be a good shower gun. More importantly, the 500 JIC Kit comes packed in a water resistant tube. The tube has a carry strap, so you can hang your waterproof shotgun tube over the shower head and have it ready to go… Just in case. 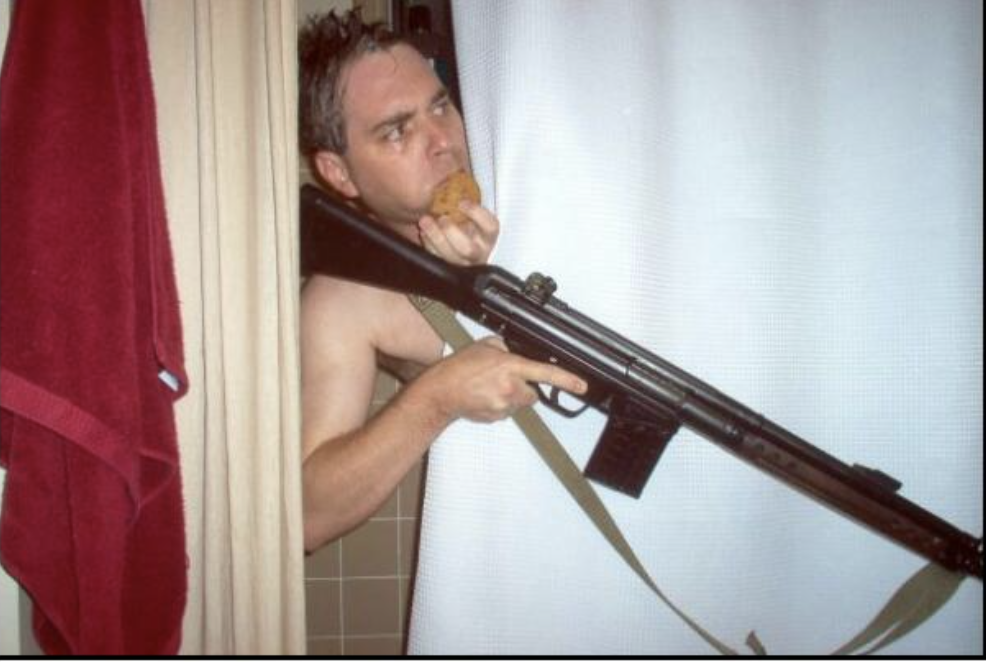 Why is the HK93 on this list? Well, because of memes. It’s not a better rifle than an AR15 or a quality AK variant, but one of the most famous “shower gun” images is an ancient meme from the before times, where a dude is eating a cookie and leaning around his shower curtain with an HK93 or clone in hand. It’s probably a clone because genuine HK93s are pretty difficult to get.

Now that we’ve moved past meme-tier guns, let’s look at what actually makes a good shower gun. Revolvers can fire underwater, so if you’re in the tub and need to shoot, you can. Additionally, stainless steel is rust resistant, so it’s a good choice for a humid environment like the bathroom. The question is how do you store it? The original shower gun box is a good idea, but if you don’t feel like buying a waterproof Pelican box, a Ziploc baggie works great in a pinch.

2. A Glock 19 with maritime spring cups

Perhaps everyone’s ideal gun, the Glock 19, when upgraded with maritime spring cups, makes an excellent shower gun. The legendary reliability of the Glock, coupled with an upgrade in the form of maritime spring cups, means that your Glock can fire underwater and still be corrosion resistant. Humidity is our primary enemy here, and the Tenifer finish combined with a polymer frame makes the Glock the most rust-proof gun on this list. The Glock deserves good storage, so a small, waterproof pelican box on the shampoo shelf makes sense here.

“When it’s time to shoot, shoot. Don’t talk.” Our hands down winner is Tuco’s choice from the Good, the Bad, and the Ugly. Tuco’s gun is a single action revolver, likely chambered in 38 Long Colt (at the time). You can get a pretty close facsimile from Cimarron, with their 1851 Open Top Conversion. Tuco successfully fires his revolver from a bubble bath, proving that the ultimate shower gun is a 200-year-old design. The best storage for this gun is also in Tuco’s style – a simple lanyard around the neck.

A Serious Take on Shower Guns

Obviously, some of this list is intended to be tongue-in-cheek, however there are good options for protecting yourself in all parts of your house. If I were to seriously tackle this subject, I’d go with the stainless steel revolver, but I’d keep it on a shelf out of the shower where it won’t be subjected to direct water. Or I guess you could vacuum seal an AR15 in a bag.