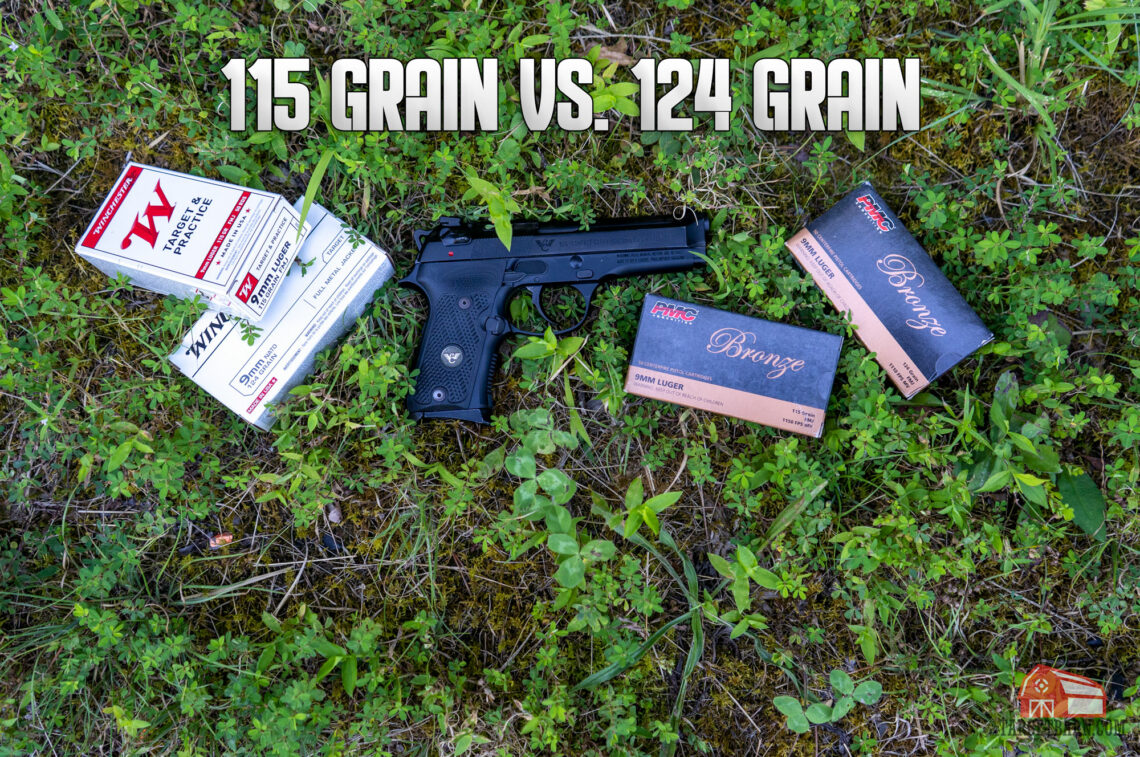 When shopping for 9mm ammo, two bullet weights you’ll commonly see available are 115 grain and 124 grain. If you’re newer to shooting, you may be wondering what the difference is between 115 grain vs. 124 grain and which is the better option.

Today we’re looking at 115 grain vs. 124 grain 9mm ammo so that you know which you should be buying.

What is the Grain of a Bullet?

Grain is a unit of measurement of mass, with an ounce being equal to 437.5 grains. When talking about ammo, grain is referencing the weight of the bullet of a cartridge. This is the weight of just the projectile that leaves the barrel, not the entire cartridge. We’ve previously covered bullet weight in depth if you’d like to learn more.

What is the Difference Between 115 Grain and 124 Grain 9mm ammo?

Because the bullets weight different amounts, the two rounds are loaded to different pressures. Generally, the heavier bullet will travel more slowly than a lighter bullet. For example, we can look at the differences in muzzle velocity in rounds from the same manufacturer with different bullet weights: 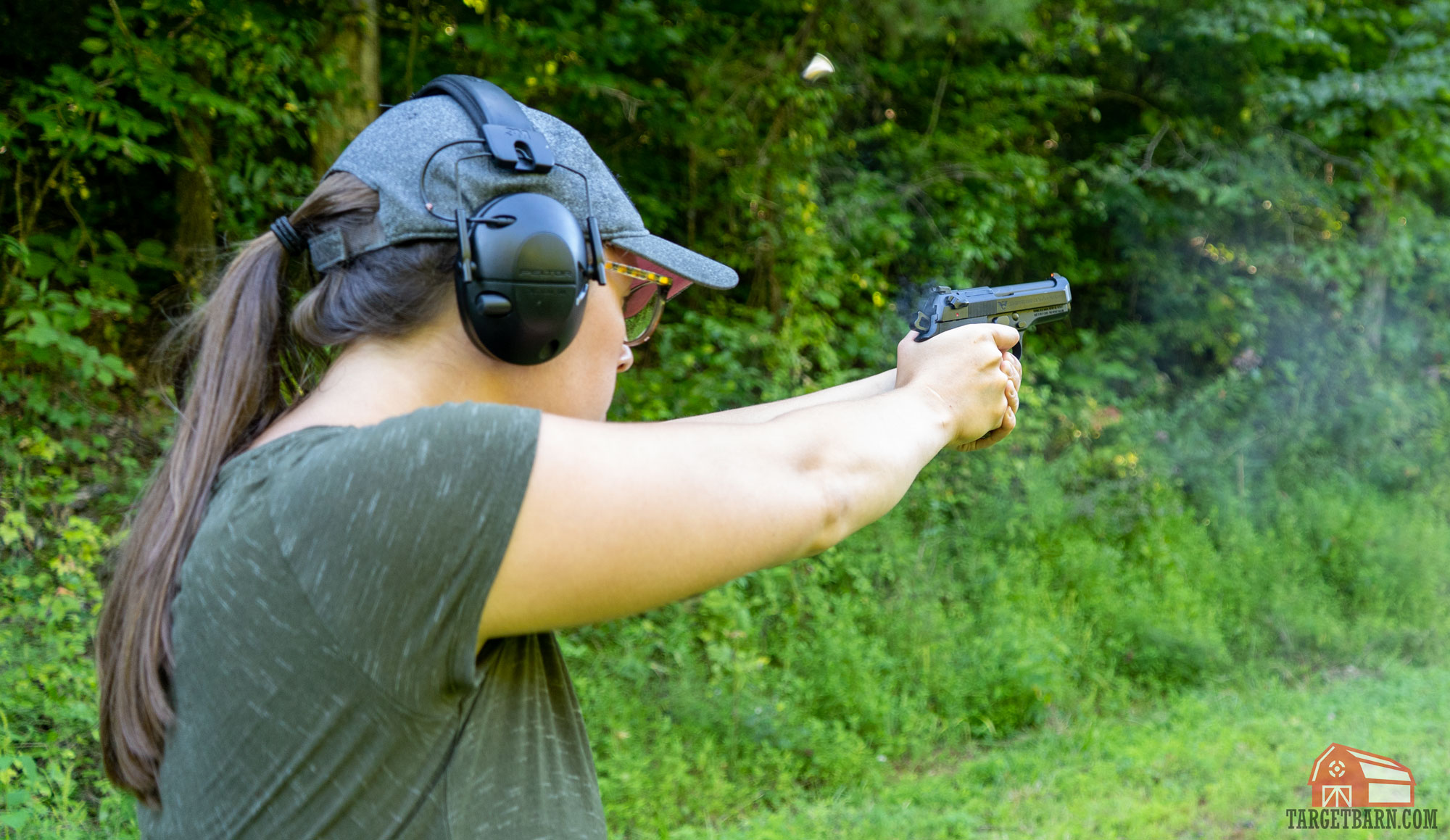 The recoil you feel from 115 grain vs. 124 grain 9mm ammo will largely depend on gun design or gun weight. There are some shooters who tend to think that 124 grain rounds have less felt recoil than 115 grain rounds because the bullet is moving slower out of the barrel. There are also shooters who say that the recoil of the 124 grain round feels less snappy than the 115 grain, and more like a push. However, unless you’ve put thousands of rounds down range, you might not even notice a difference in recoil between the two rounds.

One way to measure recoil is by calculating the power factor of the round. Power factor is a measurement used by shooting organizations like USPSA and IDPA for scoring and shooting division purposes. It is simply the bullet weight (in grains) multiplied by muzzle speed (fps), then divided by 1,000. The idea behind it is that the rounds with a higher power factor will have more power or recoil.

Using the same ammo from our example above, let’s look at how the power factors differ between 115 grain vs. 124 grain:

The accuracy difference between 115 grain and 124 grain will ultimately depend on the specific round and the gun you are shooting. The barreling of your gun might prove more accurate with some rounds over others.

Testing out different rounds and finding out what shoots best for you is the best way to determine what is most accurate.

When it comes to self defense ammo, the debate of which round is better gets a little more serious. We decided to stack two self defense rounds against each other by shooting them into ballistic gel. The two rounds tested are:

In our test, we shot into ballistic gel at a distance of 10 feet with a gun with a 4″ barrel.

It should be noted that bullet design will play a big role in how rounds penetrate the ballistic gel. So while the bullet weight may play some part in your selection, you’ll want to look at how the round as a whole performs, and not just the weight of the bullet.

What Grain 9mm Bullet is Best?

Ultimately, if you’re just training at the range, the differences between 115 grain and 124 grain 9mm rounds are negligible. Our recommendation is to find a round that works well for you and your gun, and stock up so that you’re always ready for a range day!