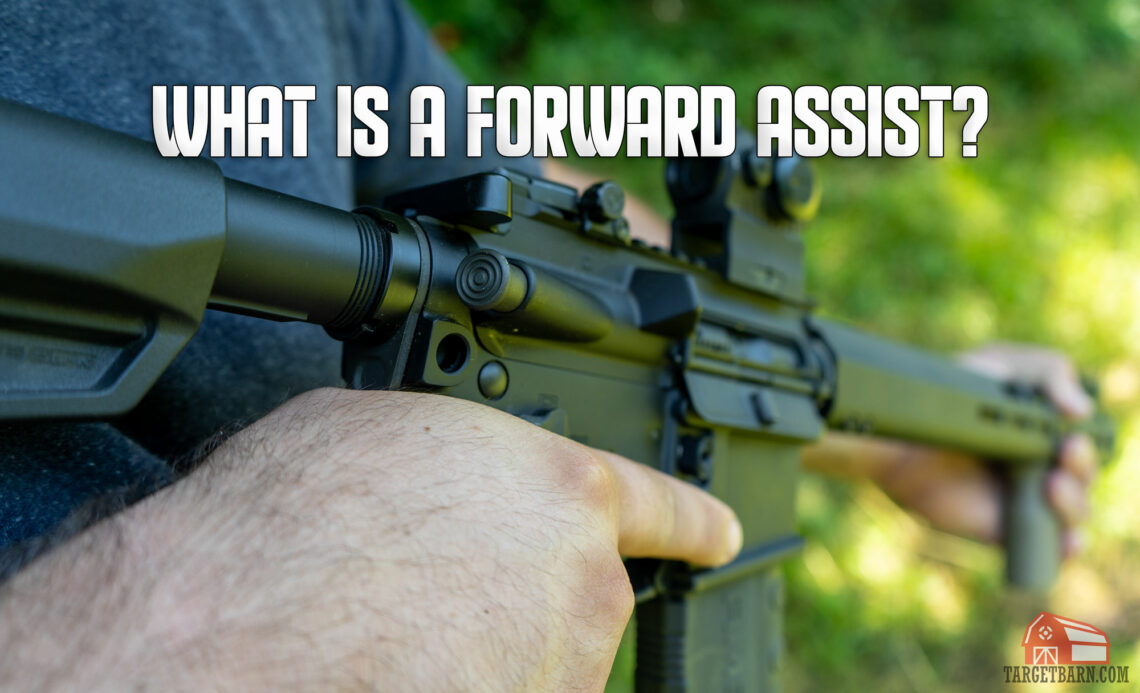 What is a Forward Assist on an AR-15?

The vast majority of AR-15 pattern rifles feature something called a “forward assist.” An AR-15’s forward assist is positioned just below the charging handle on the right-hand side. The forward assist button (also known as a pawl) looks vaguely reminiscent of the cigarette lighter that once came standard in all cars. Its purpose often baffles the heck out of first-time AR-15 owners. Today we’re going to answer the question: what is a forward assist on an AR-15?

What is a Forward Assist on an AR-15 and What Does it Do? 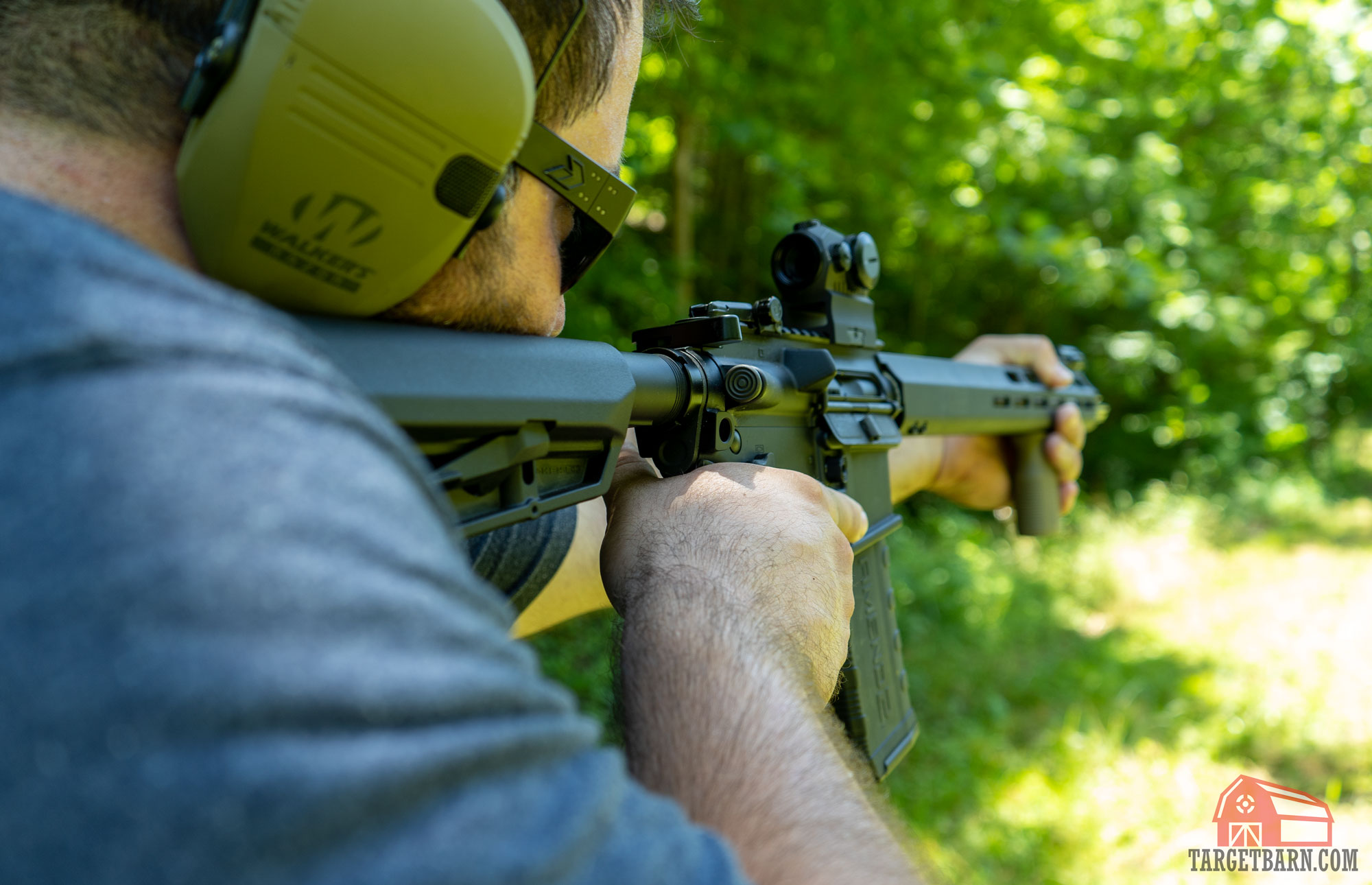 A forward assist’s purpose is simple: It enables the operator of a semi-automatic rifle to quickly close the bolt in the event that a cartridge fails to seat correctly in the chamber. In such a situation the mis-seated round would hold the bolt open and render the firearm inoperable until the shooter fixed the problem. The forward assist makes fixing said problem as easy as pushing a pawl. This is a great advantage to have at your disposal during battle.

How Does a Forward Assist on an AR-15 Work?

In essence, the forward assist does nothing more than assist in the process of moving the mis-chambered cartridge forward.

The forward assist did not come into existence with the introduction of the AR-15. The M1 Garand, M1 Carbine, and M14 all have external forward assists which force them into battery as well. Today, forward assists are standard on all AR-15 pattern rifles, including those shooting .223 ammo, .308 ammo, and more. This is partly because the forward assist does add greater functionality to the rifle. It’s also because civilians want rifles which look just like what the pros would implement in the field.

Is It a Good Idea to Use a Forward Assist? 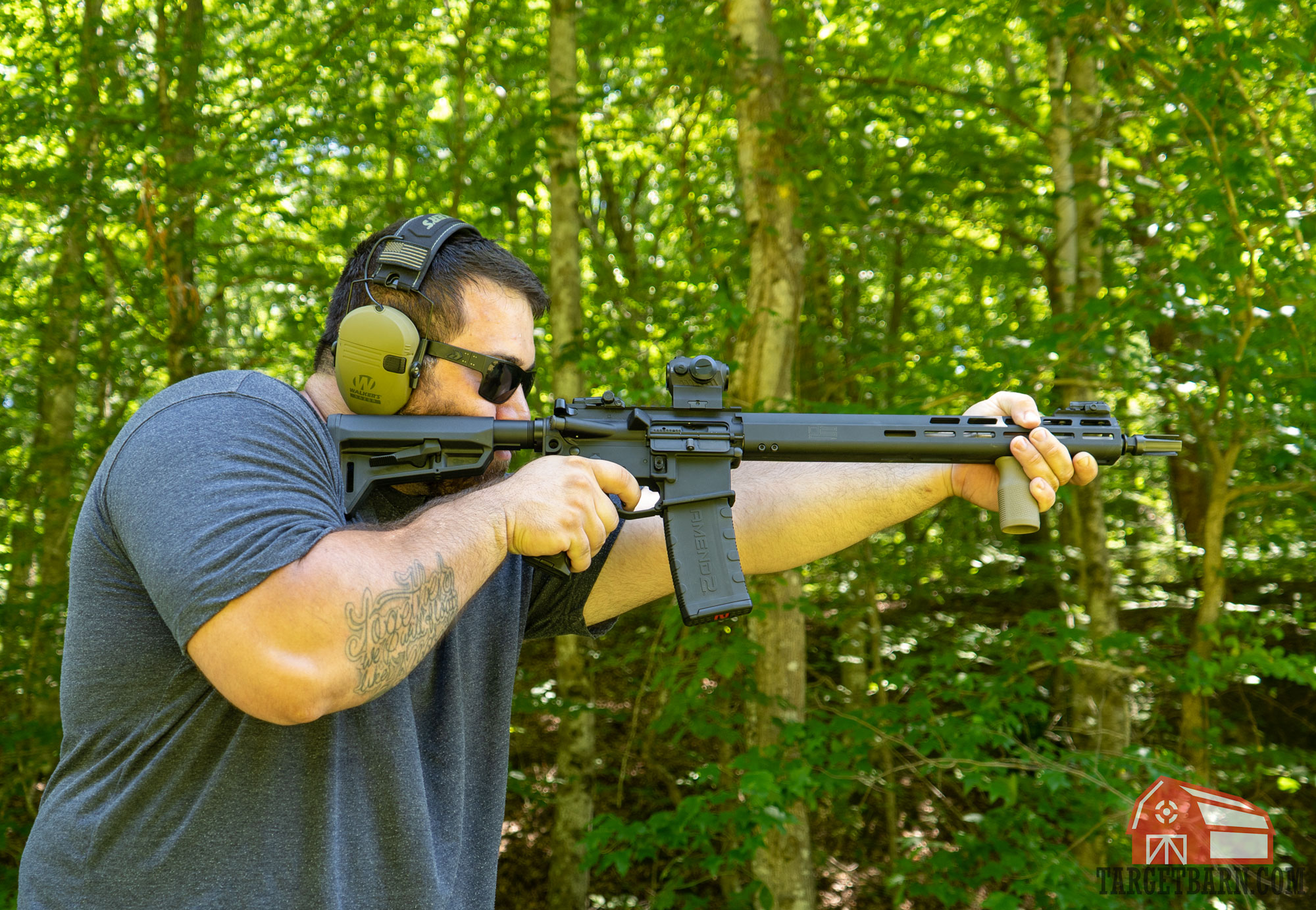 If your AR-15’s failure to chamber the next round would compromise your ability to defend your life, then by all means – press that pawl.

However, the forward assist does not actually fix the problem which caused the failure to feed in the first place. You might have a defective cartridge. Your bolt carrier or receiver may have become too fouled to function correctly. A broken or defective spring could also prevent the rifle from returning to battery. There are unfortunately too many things that could go wrong in a semi-auto’s cycle to list all of them here.

Here’s what we’re getting at: If your AR-15 consistently fails to correctly seat cartridges, you do not want to keep hammering on the forward assist. It is crucial that you identify the root of the malfunction and repair it accordingly. Furthermore, if the rifle failed to enter battery due to a heavily malformed cartridge, forcing that round into the chamber could very well cause the bolt carrier to seize up.

You could argue that a rifle doesn’t need a forward assist if said rifle will never be fired in combat. It can compel shooters to forego necessary maintenance, but whether you’ll be so irresponsible with your firearm is totally up to you.

At the end of the day, a forward assist doesn’t actually detract from an AR-15’s performance in any significant way. It can be helpful to hunters, who may close the bolt slowly to avoid making noise which could spook game. If they failed to close the bolt all the way, the forward assist will provide that final little push necessary to bring the rifle into battery. And while we hope you never need to fire your AR-15 in combat, we would rather it be ready for a worst case scenario.