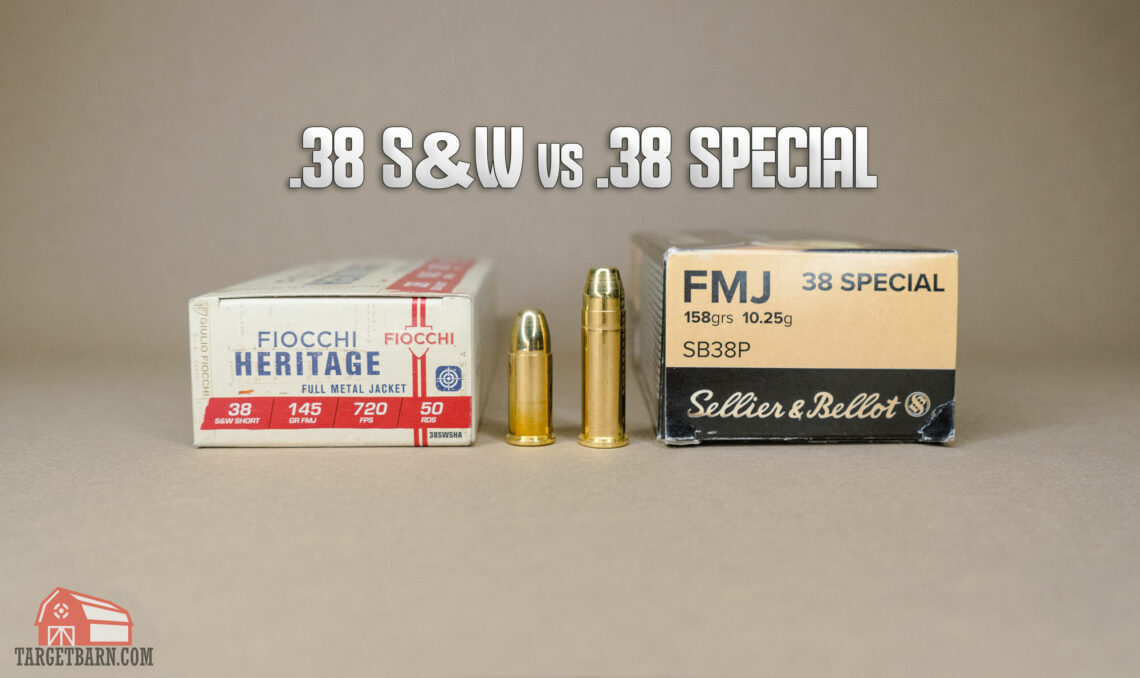 A common caliber mixup among new and seasoned shooters alike is between the .38 S&W vs. .38 Special.  Despite their similar names, the .38 S&W and .38 Special are two different rounds.

Let’s take a look at the .38 S&W vs. .38 Special to clear up the confusion and understand their differences. 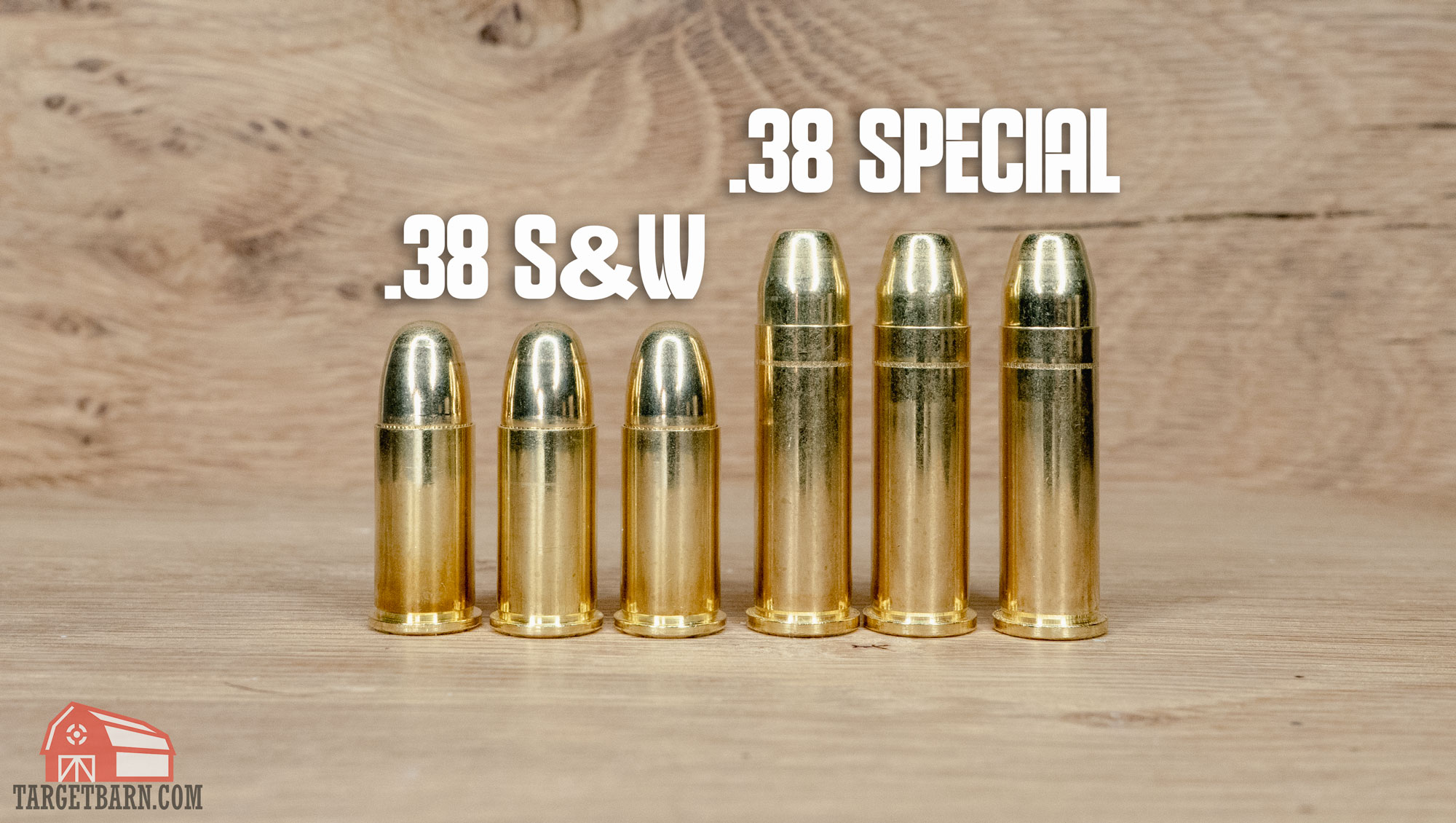 Both rounds were designed for use in revolvers and have a rim diameter of .44 inches, but that’s about where their similarities end. The .38 S&W cartridge is shorter and slightly wider than the .38 Special. When comparing the size of the two side-by-side, you’re not likely to mix them up.

Colt, H&R, Hopkins & Allen, Iver Johnson, Ruger, and Smith & Wesson all made revolvers chambered in .38 S&W. Despite its 40 year run as a military round, the round has not had the staying power that other military cartridges have had. Today, you’re not likely to find any new production revolvers in the caliber. So, if you’d like to shoot one, your best bet is finding one used at your local gun shop or at an online gun auction site.

Most often when shooters need .38 rounds, they’re looking for the .38 Special. Smith & Wesson developed the .38 Special, also known as the .38 Colt Special, for use in its Military & Police Model revolver in 1902 as a replacement for the .38 Long Colt round.

Today, the .38 Special is arguably the most popular revolver caliber in production. Every major firearm manufacturer that produces revolvers has one chambered in .38 Special. It is also popular as a self defense round, with many shooters choosing concealed carry revolvers chambered in the caliber because of its manageable recoil.

The .38 S&W and .38 Special technically are not interchangeable. The .38 S&W is slightly larger in diameter than the .38 Special and therefore should not fit in the cylinder of most .38 Special revolvers. Some people have found exceptions to this rule, specifically with Smith & Wesson revolvers.

There are cases where a gun chambered in .38 S&W may fire .38 Special ammo.  For example, some World War II era Smith & Wesson Victory revolvers chambered in the British .38/200 S&W have been reamed by importers. Shooters can fit .38 Special rounds into these cylinders and fire them off. The issue, though, is that because of the .38 Special’s higher pressure, the cases will occasionally bulge or split.

So, while technically the .38 S&W and .38 Special are not interchangeable, there are some exceptions. This comes with the risk of damaging your gun or potential injury to the shooter. The safest bet is to stick with your gun’s designated caliber. 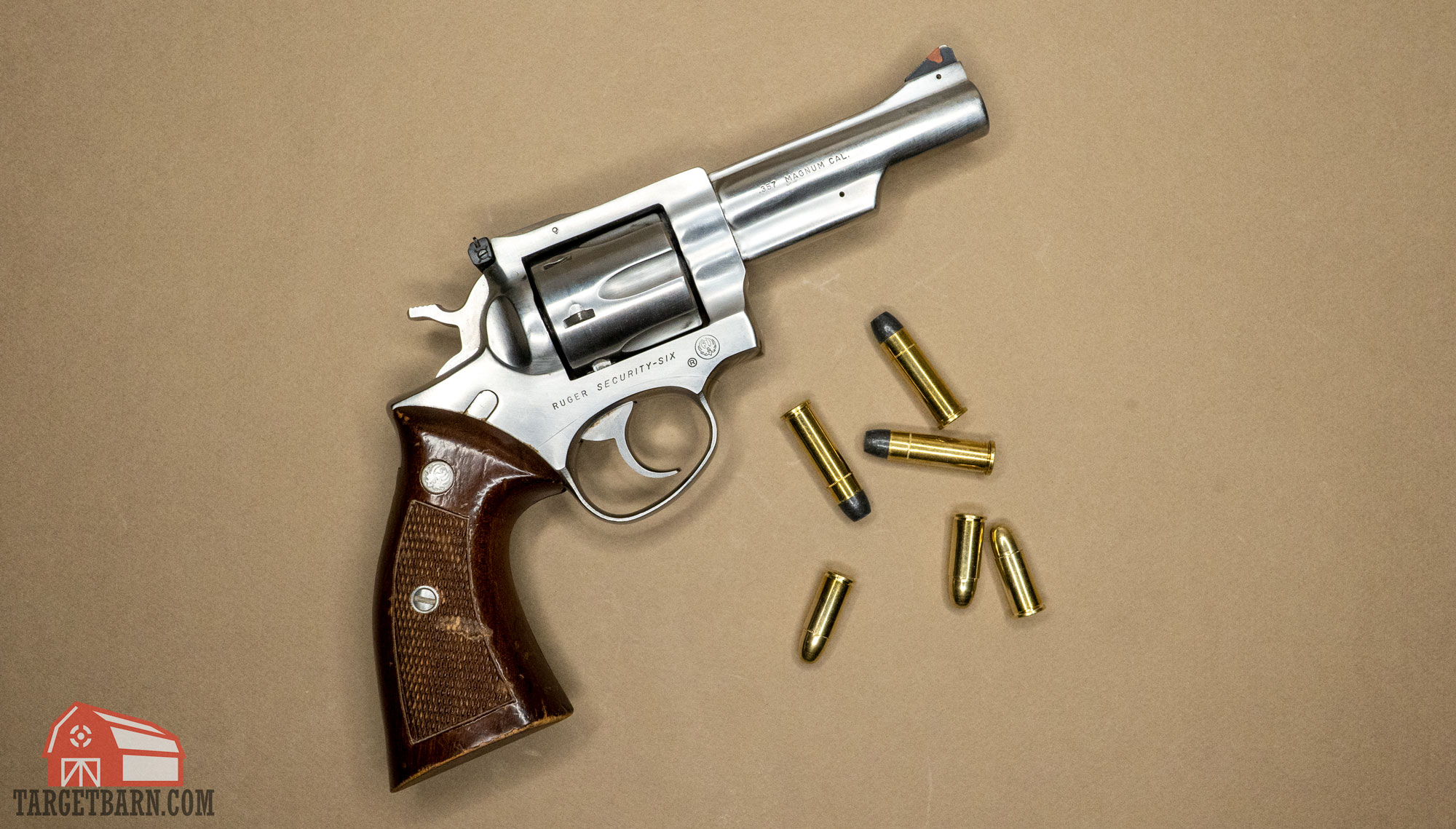 As a general rule, you cannot shoot the .38 S&W in a .357 Magnum revolver. The .38 S&W uses a bullet with a diameter of .361”, which is wider than the .357 Magnum’s bullet of .357”. The .38 S&W will likely not fit into the cylinder of the .357 Magnum, but in the case it does, it’s best to proceed with caution. Again, some shooters say it will work, but if you are not willing to risk harming your gun or potentially yourself, it’s best to stick with the gun’s labeled caliber.