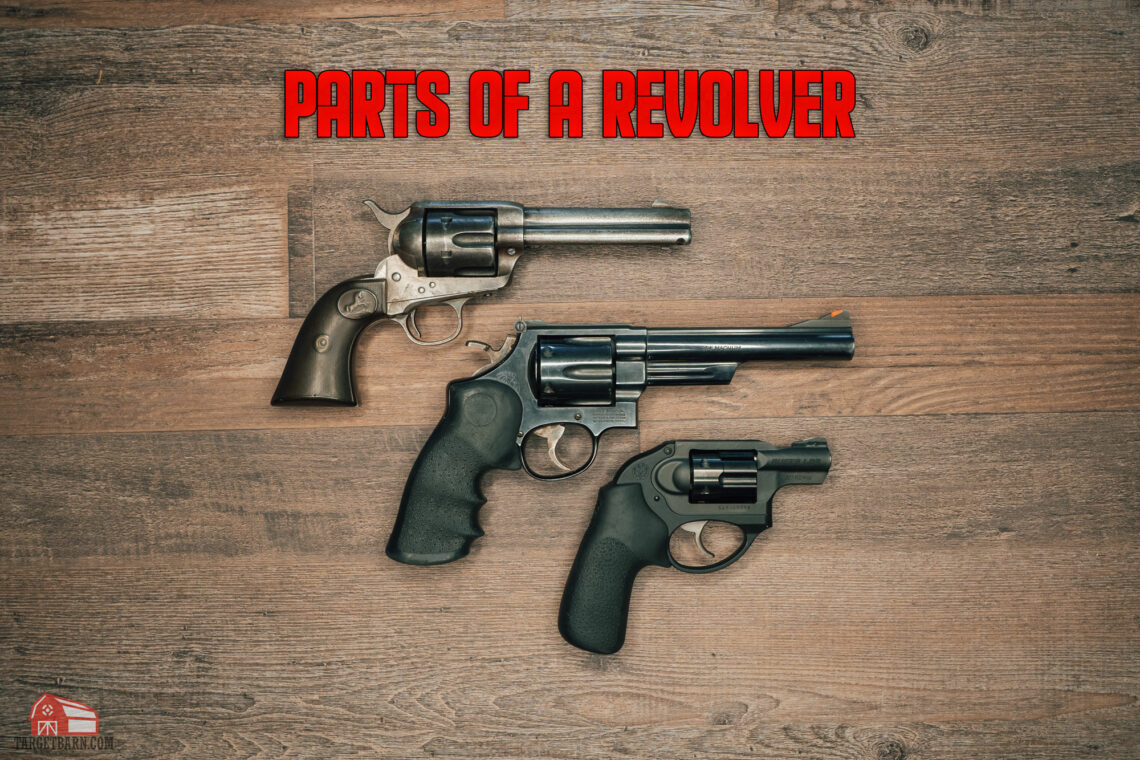 Parts of a Revolver – Explained

As a revolver shooter, it’s important to know and be able to identify the different parts of a revolver. In this guide, we won’t be looking at every single pin and spring, but we will cover the major parts of a wheelgun that you should know!

Basic Parts of a Revolver 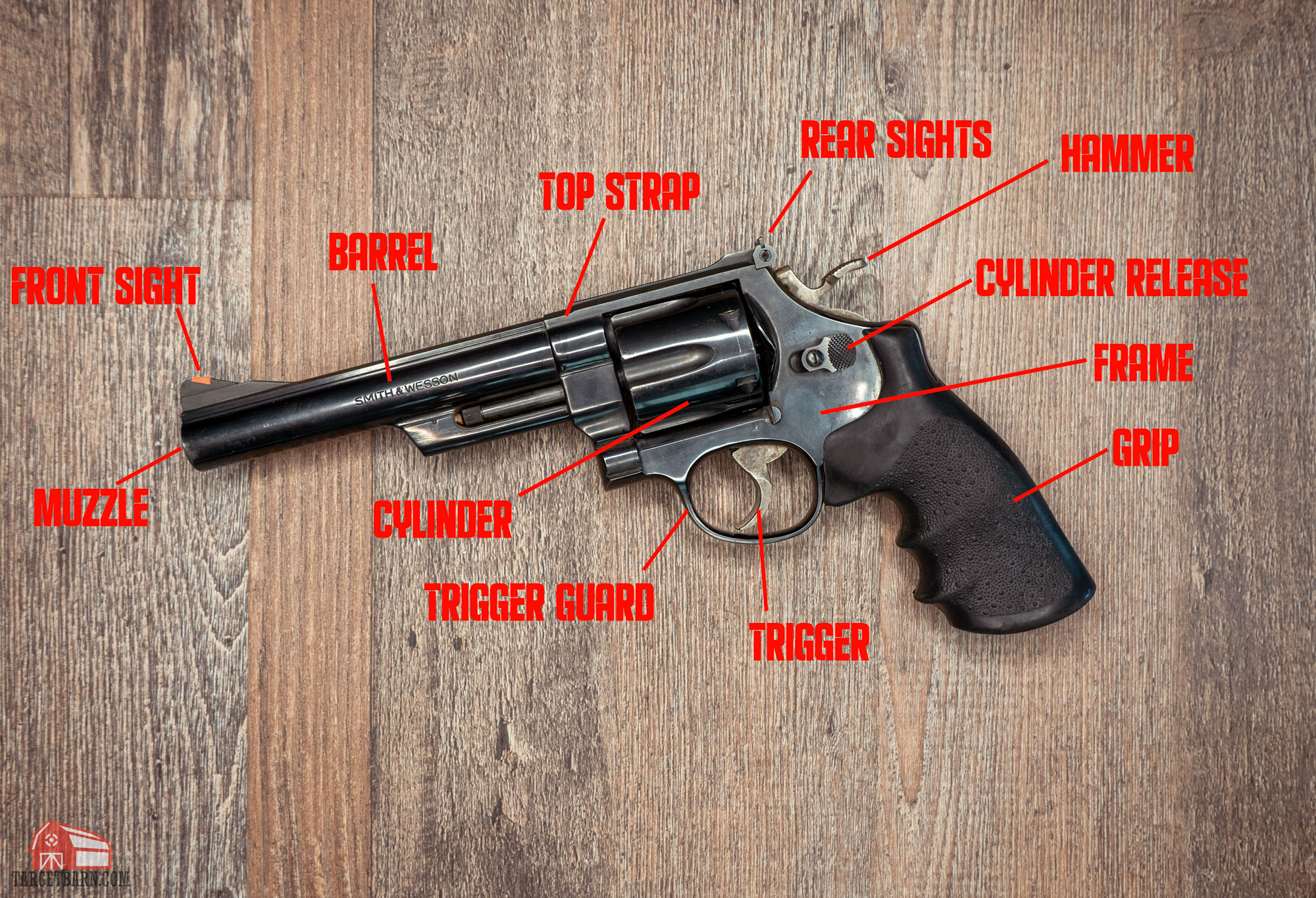 First, let’s look at the basic parts of a revolver.

Parts of a Revolver’s Cylinder 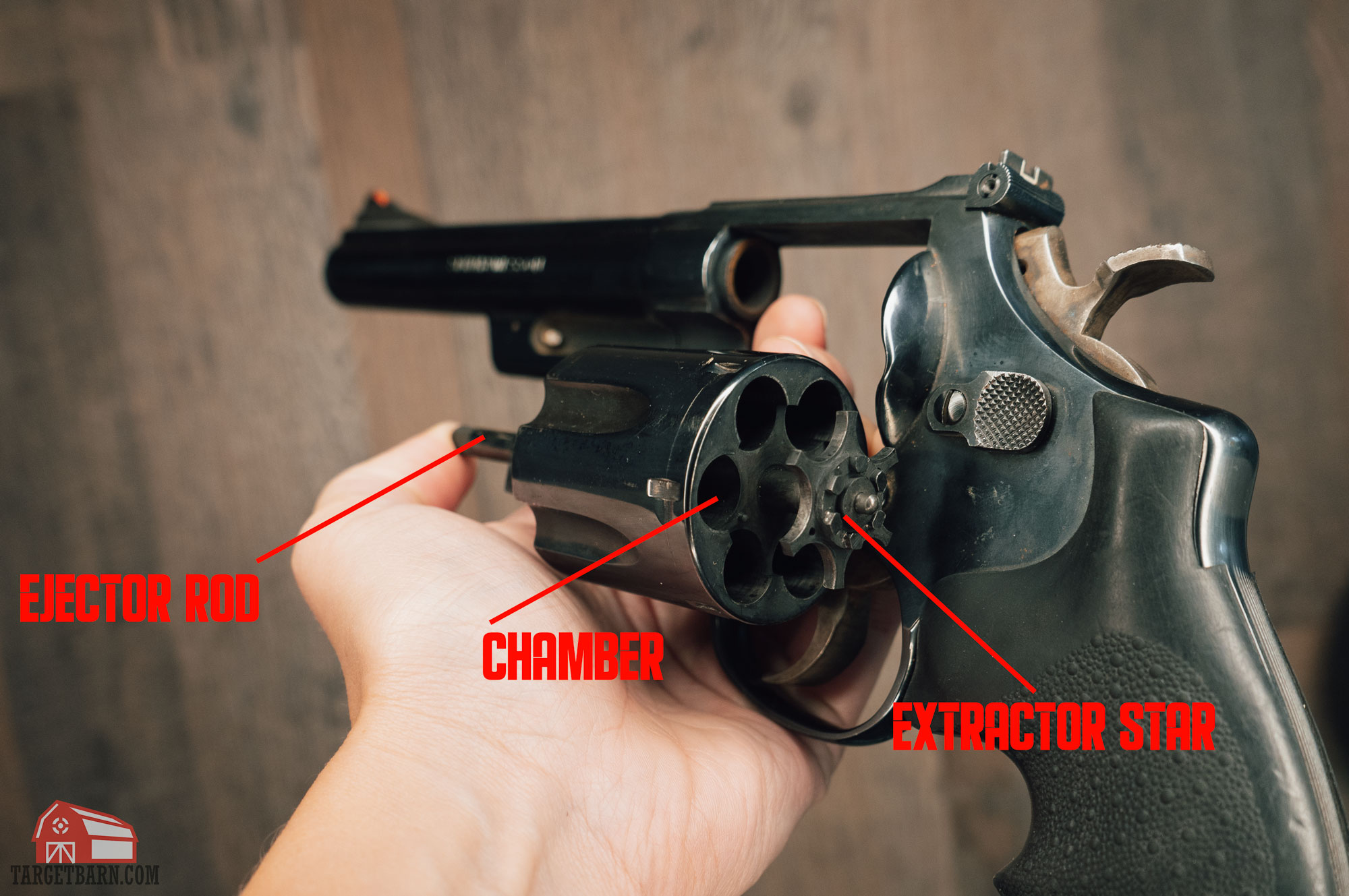 As we pointed out in the previous section, the part of a revolver that holds the ammo is the cylinder. Let’s look at the parts of the cylinder.

As we said earlier, this isn’t list ins’t a comprehensive list of every screw, pin, and spring that make up a revolver. Instead, it’s a good overview of the parts you should know. We’ve also previously covered the parts of semi-auto pistols if you’d like to continue learning about handguns!