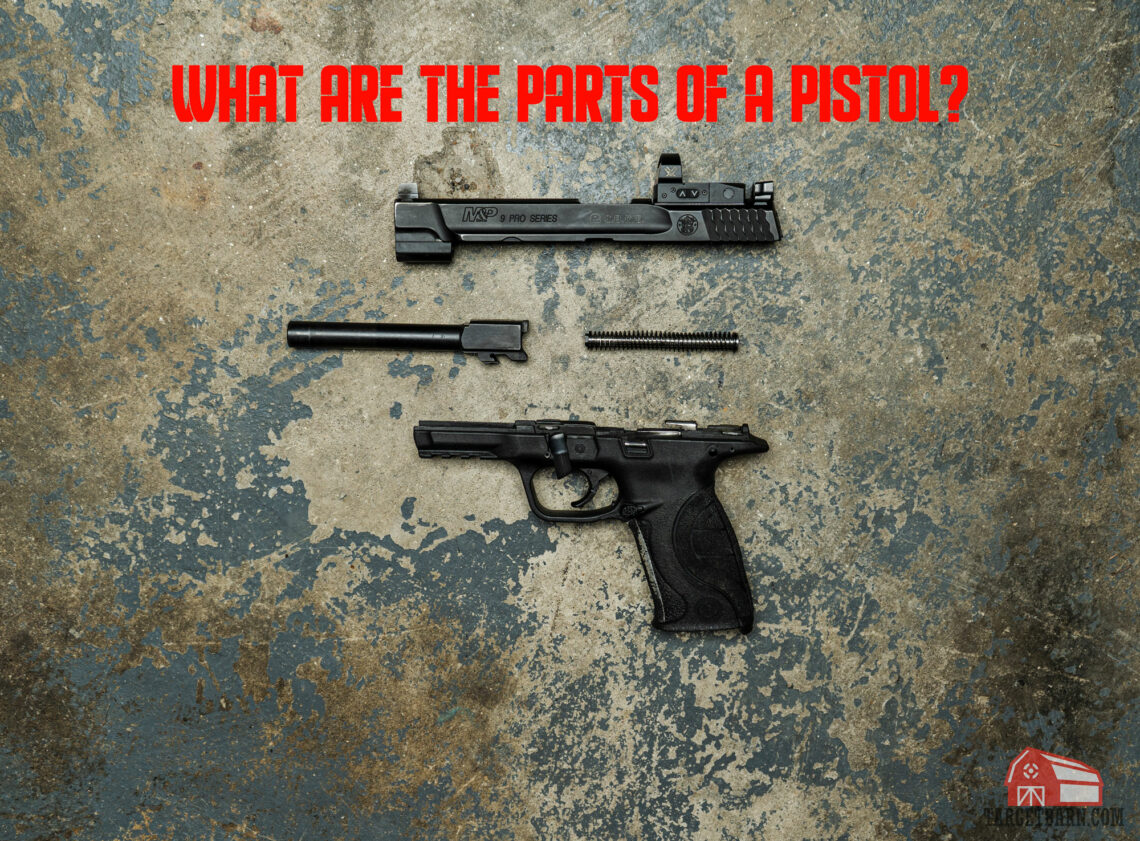 Parts of a Pistol – Explained

If you are new to the wide world of handguns, you might not know all the parts of a pistol — yet. This guide doesn’t detail every single screw, spring and thingamabobber a handgun could possibly contain, but it will give you a fairly comprehensive overview of the major bits and bobs inside semi-automatic pistols.

Basic Parts of a Handgun

Parts of a Pistol: Frame 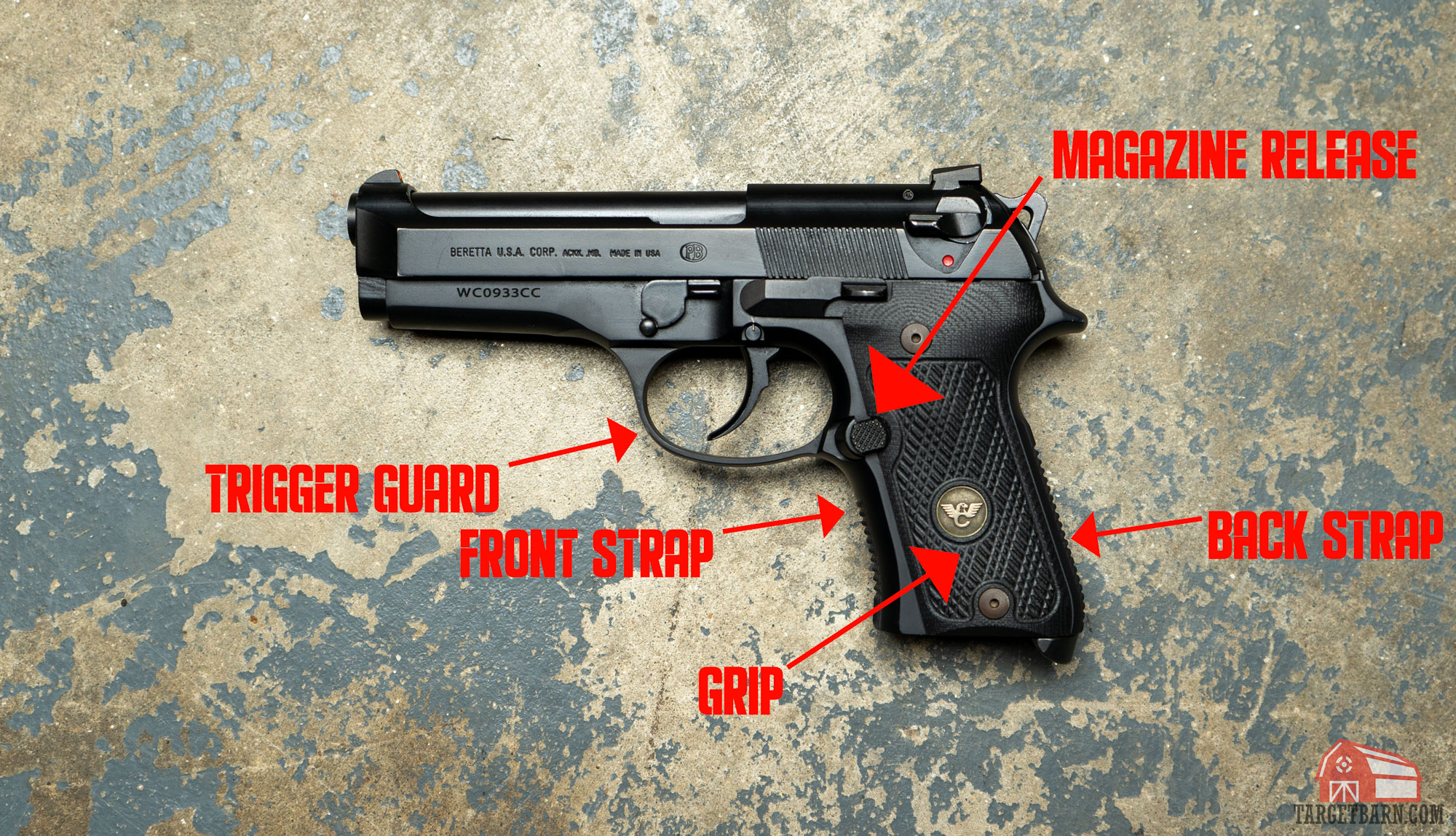 The frame is the metal or polymer housing of the handgun which holds all its other parts. It is summed up as the body of the gun and is made up of the grip and trigger guard.

Parts of a Pistol: Barrel 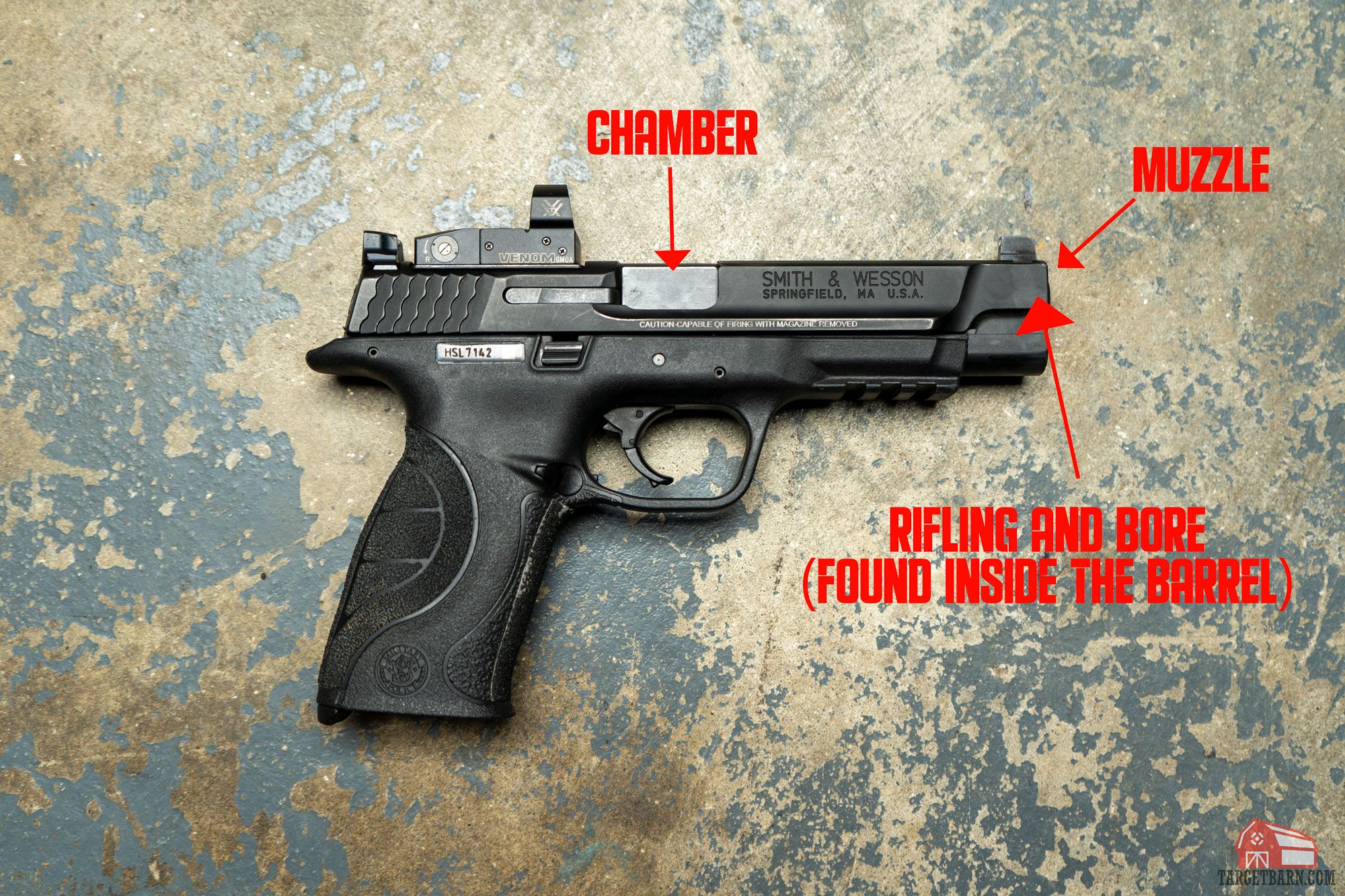 The barrel is the tube the bullet passes through during ignition. The longer the barrel, the more time propellant gasses will have to exert their energy against the bullet to produce a faster muzzle velocity.

Parts of a Pistol: Action 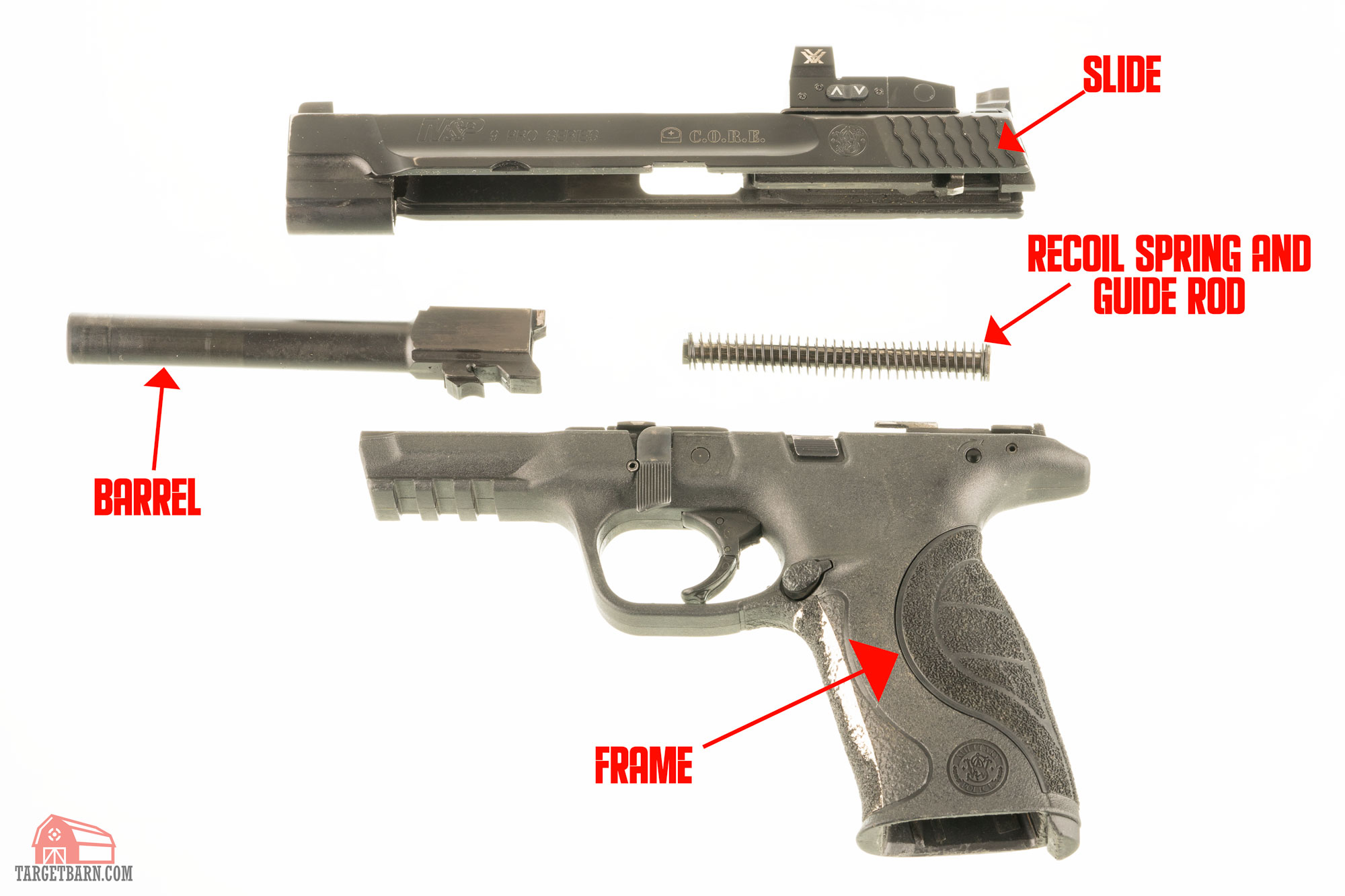 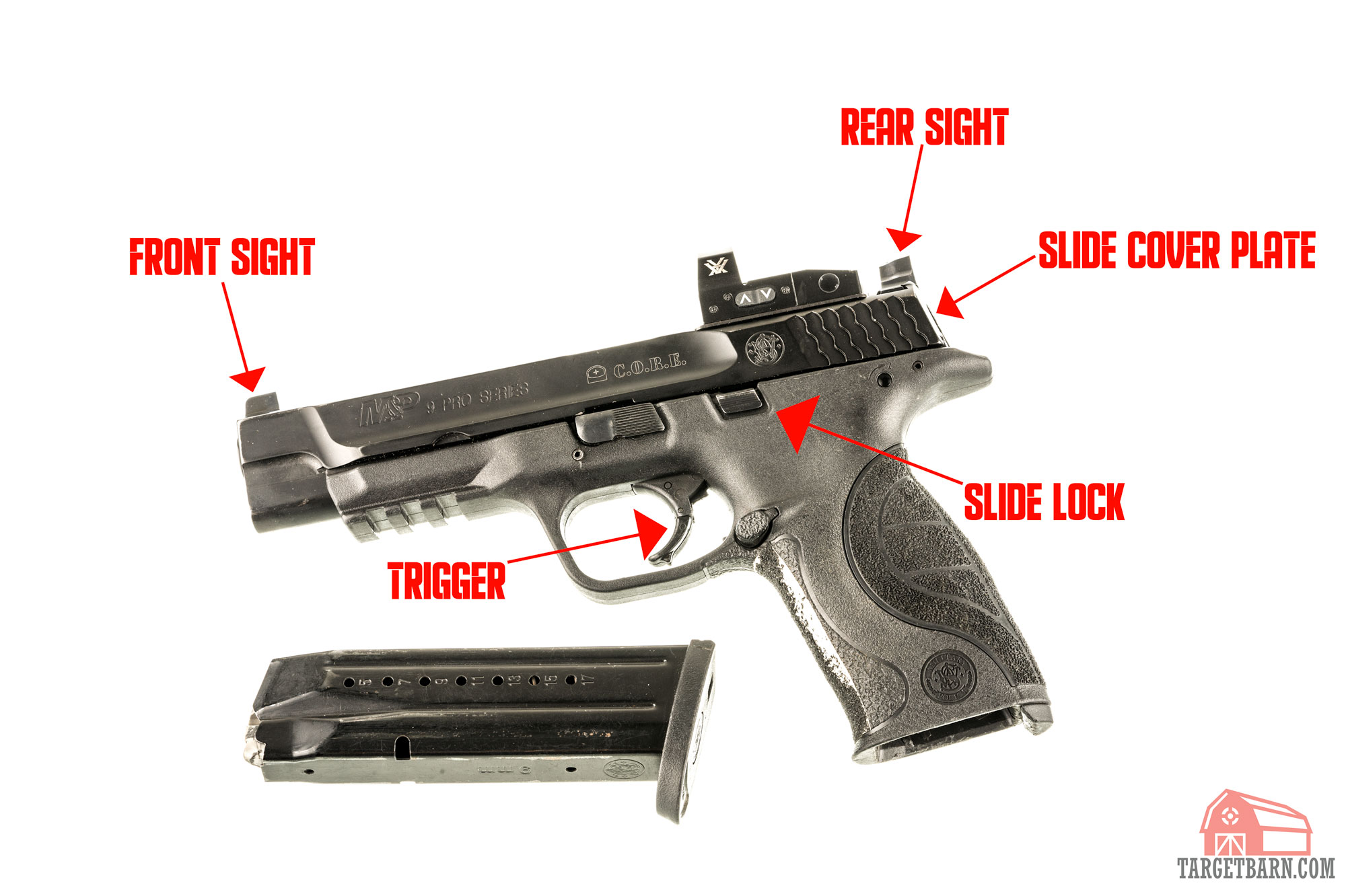 Parts of a Magazine 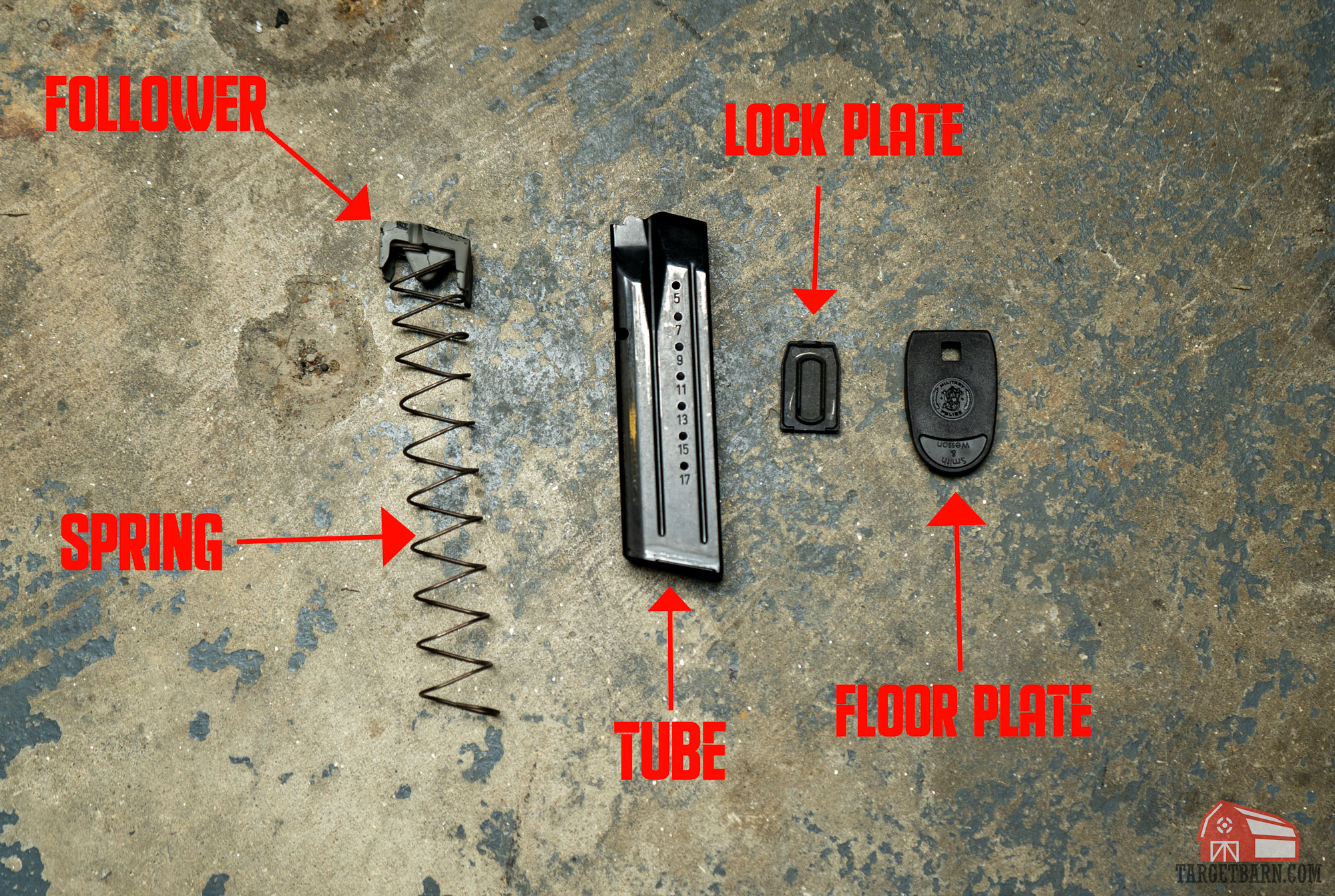 The magazine is the detachable part of a semi-auto pistol which holds unfired rounds of ammunition. The magazine – or mag – is the primary reason behind the semi-auto’s widespread popularity, as it permits a practically unlimited rate of fire and lightning-fast reloads. The mag itself has multiple parts, including:

Like we said earlier, this is not a comprehensive list of every part you could possibly find in a handgun, but it should give you a good overview of all the components that come together to produce the most beautiful sound in the world: bang.