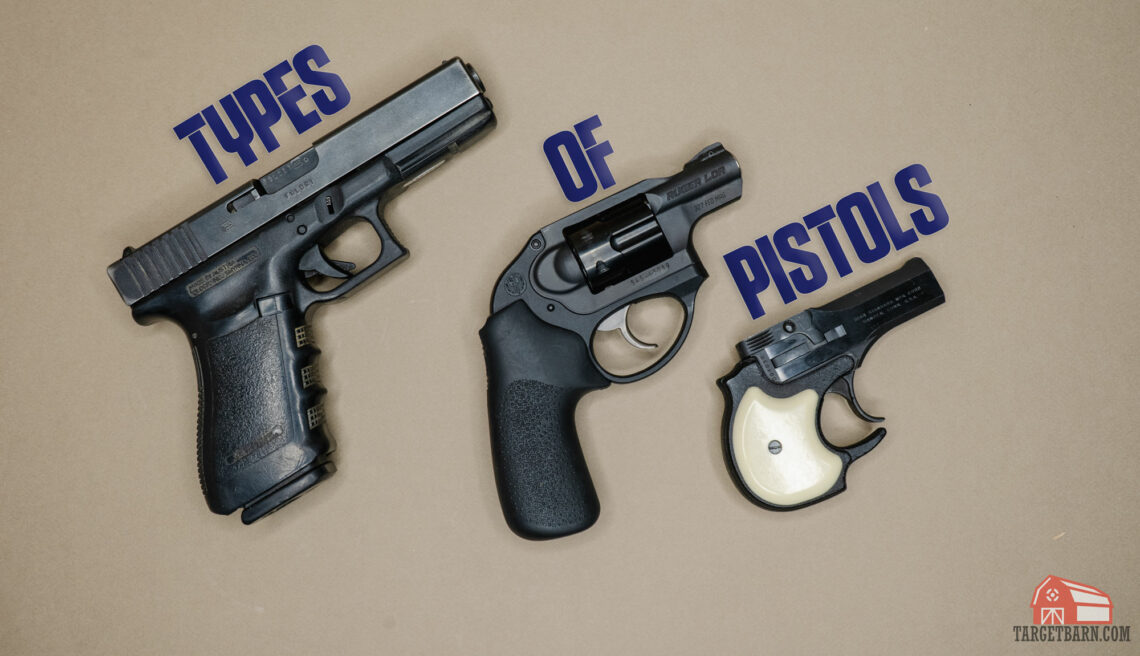 There are many different types of pistols available on the market, making it difficult for some new shooters to navigate the process of buying their first handgun. Hearing pistols referred to as terms such as striker fired, hammer fired, and double action can be confusing for someone just starting out. That’s why today we’re breaking down the different types of handguns.

What are the different types of pistols? 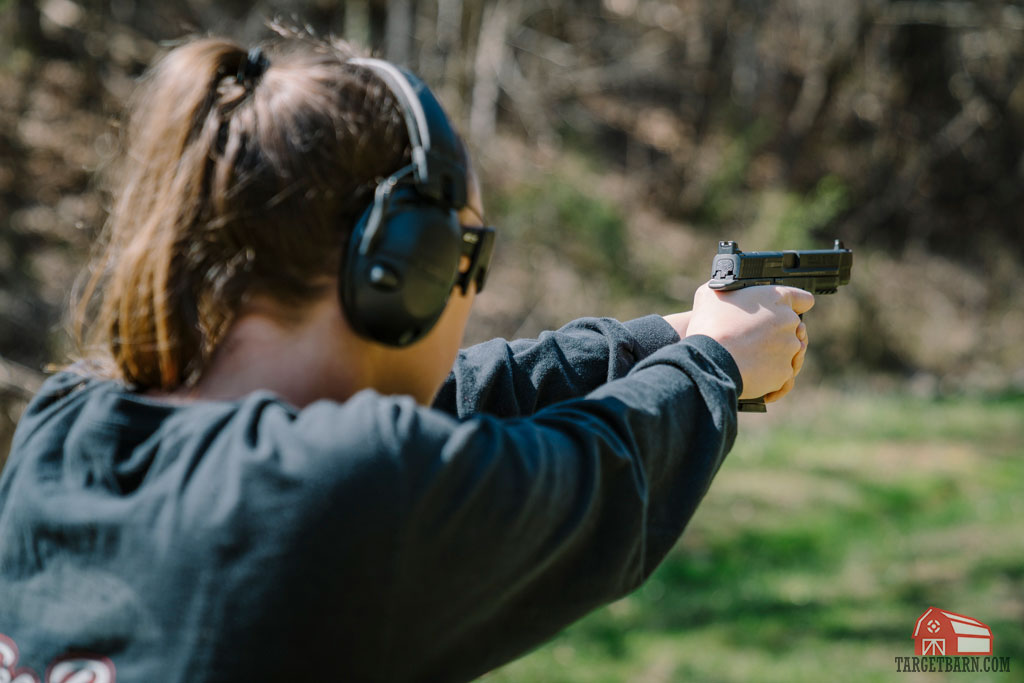 The three main types of pistols are:

We’re going to break down these types of handguns and the categories of pistols that are grouped underneath them. Later on, we’ll cover some less common handgun types.

Semi-automatic handguns fire one round each time the shooter pulls the trigger. They are auto-loading, which means the next round automatically enters the chamber after each round is shot. The ammo is usually fed through a magazine that attaches in the grip of the pistol.

Striker fired pistols use a spring loaded striker to hit the primer of the ammo cartridge. When a shooter racks the slide to chamber a round on a striker fired gun, an internal spring is partially cocked. Once the shooter pulls the trigger, the spring is cocked the remainder of the way, causing the striker pin to hit the cartridge and fire a round. There are variations of this mechanism. For example, some guns fully cock the striker spring when the slide is racked.

Striker fired pistols are some of the most popular on the market today. Examples include the Smith & Wesson M&P line and Glocks.

Both semi-autos and revolvers can have hammers. In a hammer fired gun, a spring forces the hammer to rotate. As it rotates, it hits the firing pin, which then hits the primer of the cartridge, firing the gun.

Many shooters like double action semi-autos for self defense because the heavy trigger pull makes it less likely to accidentally pull the trigger before they have their sights on target. On the other hand, shooters with hand weakness may struggle with the trigger pull.

A popular example of a double action/single action handgun is the Beretta 92 pistol.

Revolvers are handguns that use a rotating cylinder to move ammo to the barrel to be fired. They are hammer fired, which function similarly to hammer fired semi-autos. The three types of revolvers are:

You may recognize single action revolvers as those in old western movies.

Single shot pistols are the last type of handgun we will discuss. This is a broad group of pistols that only fire one shot at a time and are not auto-loading. The shooter must manually reload the gun to fire it again. Single shot pistols can include derringers, break action pistols, and certain hunting handguns. Some of them have hammers.

A derringer is a small pistol that usually only holds one round, though some may hold two. Typically they are break action, meaning the shooter manually opens the action using a latch. The gun appears to “break in half,” but is really just hinging open so that the shooter can place rounds in the chamber. These pistols can be chambered to fire everything from .22 LR ammo to .410 shot shells.

Various other types of single shot pistols exist as well. They are often hunting handguns chambered in larger rounds, like the Thompson Center Contender which has caliber options in everything from rimfire rounds up to 45/70 Govt.

There are some other, less common types of pistols worth mentioning as well.

For example, the Luger P08, which is one of the first semi-automatic pistols. Unlike other semi-auto pistols that function with the action of the slide, the P08 is a toggle-locked semi-auto. Most toggle actions use a locked breech system, which is unlocked by a secondary operating system.

Multi-barreled pistols are another type of handgun. They are often similar to single shot derringers, with only one round able to be fired at a time. They typically are not auto-loading, and feature two or more barrels.