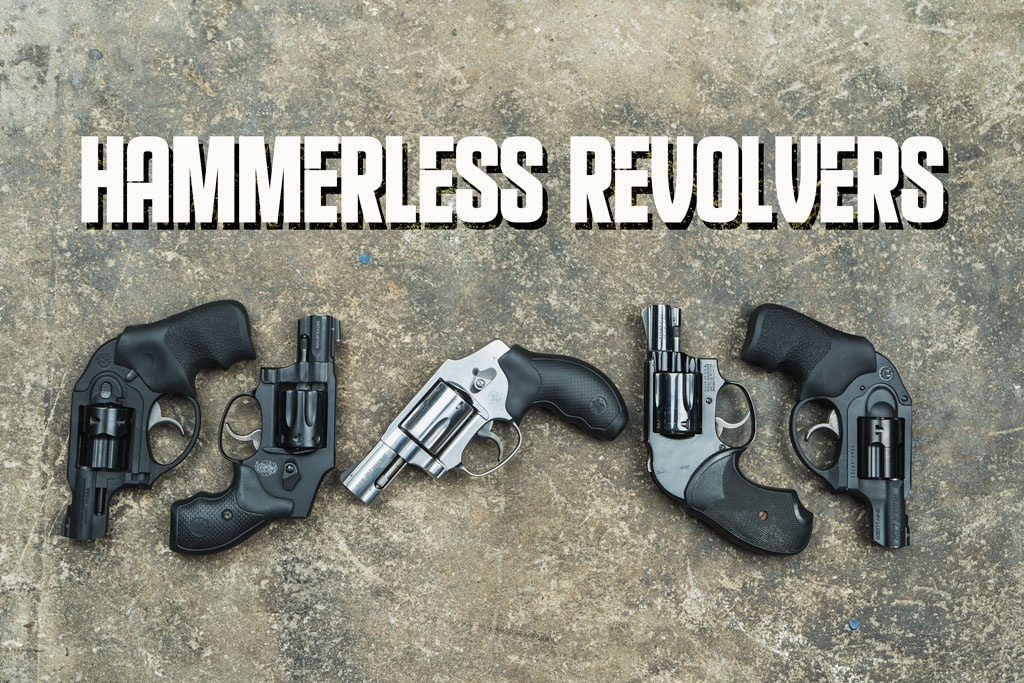 I could have started this article off with a cheap MC Hammer joke about stopping to the read this because it’s hammertime, but I didn’t. We’re all above that, and we should be proud of ourselves for being above that joke. However, we can’t sit around and feel too good about ourselves. That’s because the subject of this article isn’t hammers at all, but rather their absence. Specifically, we’re talking about hammerless revolvers.

Let’s get some important technical details out of the way first – when discussing “hammerless” revolvers, there are three types of revolvers that people generally refer to as hammerless. Interestingly, all those guns actually have a hammer as part of their operating system.

The first type are revolvers with entirely internal hammers, like a Ruger LCR or the Smith & Wesson 442. These guns still rely on hammers to strike the firing pin. However, the revolver fully encloses the hammer in the frame, making them true double action only guns.

The next type of “hammerless” revolver has a shrouded hammer, exemplified by the Smith & Wesson 638. On the 638, the hammer rides in a channel but is functionally obscured from the elements save a small nub that rides above the humpbacked frame. The 638 is not double action only, but retains the single action function thanks to the nub.

The last hammerless gun actually has a visible hammer, but has had the hammer spur removed and been modified to fire only in double action mode. 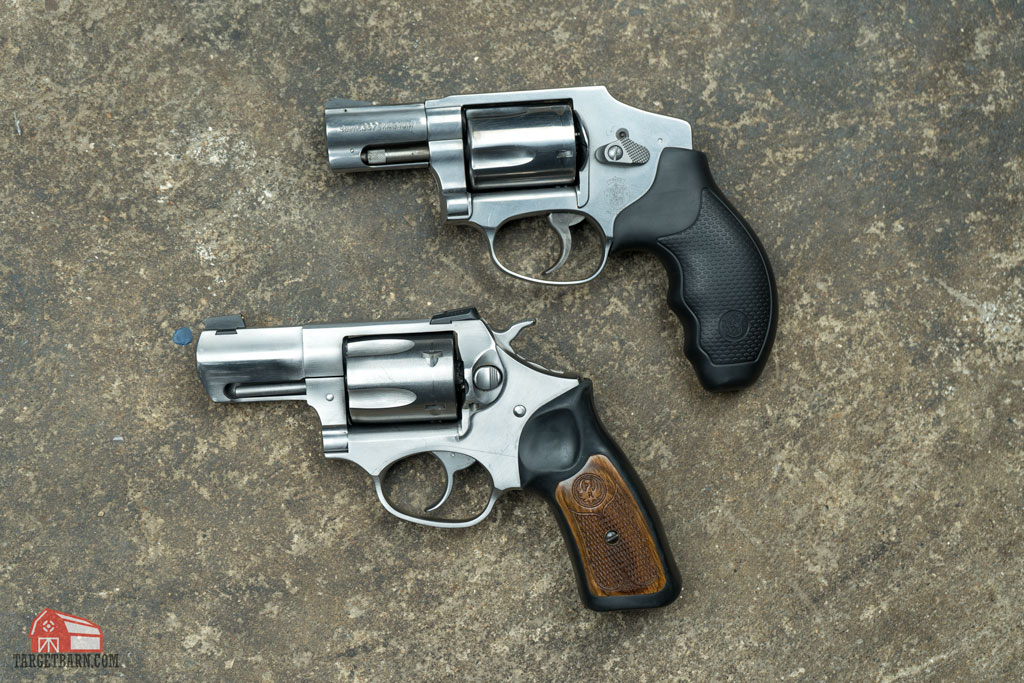 All three of the hammerless style revolvers have a similar function: elimination of the hammer spur. If you’ve ever tried to draw a revolver with a traditional hammer spur from concealment in a hurry, at some point you’ve made a mistake and that **** spur has snagged on a piece of clothing and fouled your draw.

Hammer spurs are pretty much the devil on CCW guns, and I say that as the spur of a Ruger LCRx 3 inch’s hammer is poking me in the navel as I write this. Which is another reason that hammer spurs are awful on carry guns – depending on your holster and body type, they can create a bit of discomfort when you’re carrying the gun for an extended period of time. I’m in pretty good shape thanks to an extended taxpayer funded Summer Fit Camp trip to the Middle East, and I still can’t wait to chop this spur off.

Defensive revolvers should be shot in double action: this is the way. I’ve become less dogmatic about a lot of stuff in the past decade. But I’ll die on this hill. If you’re carrying a revolver for personal defense, you should be shooting it double action at all times. The only time I’ve ever shot my LCRx single action was to shoot a group for a review. That was it. Shoot it double action or get something with a different style trigger. 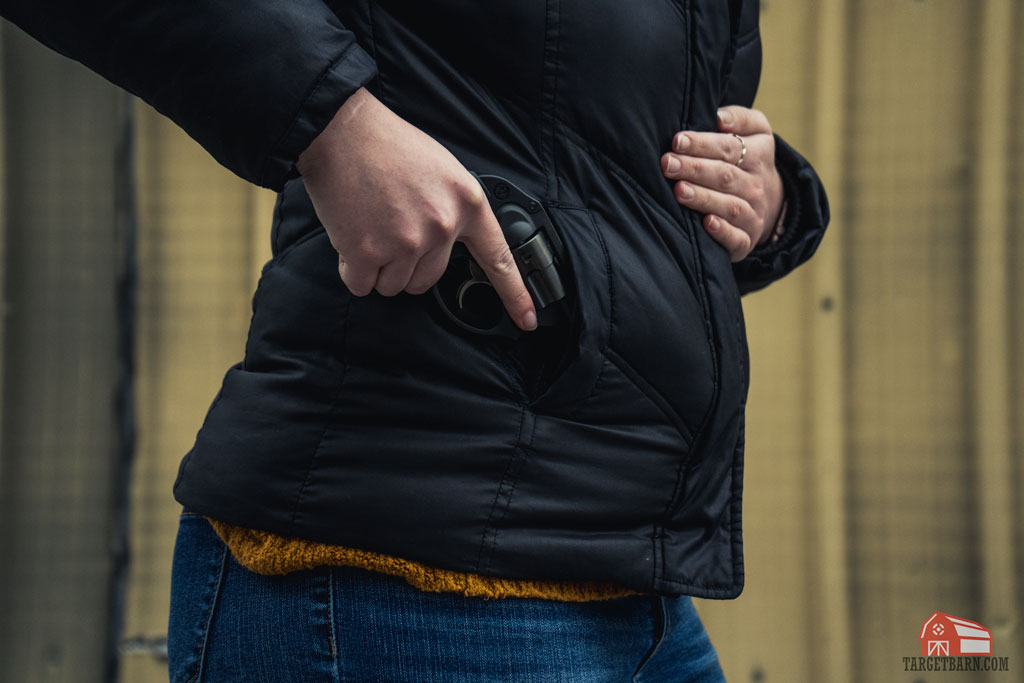 Now that I’m done shouting at the clouds, there are real benefits to hammerless revolvers beyond just the DAO aspect. They tend to draw easier from pockets and conceal better. Shooters can fire internal hammer guns, like the LCR, in a weapons-based grappling environment without fear of fouling the hammer on clothing and causing a failure to fire.

Another benefit of a true hammerless design like the LCR or 442 is that because the entire action is enclosed, the gun is more resistant to debris and weather than a gun with an exposed hammer. It’s a very small advantage, but it’s something that’s worth noting.

Again, the biggest advantage to having a hammerless gun or a bobbed hammer is the snag free draw, followed by ease of concealment and comfort when carrying. Those three advantages are actually pretty important to people who carry revolvers as serious defensive tools. Those people also don’t care about the one “advantage” a hammer offers: single action. Because single action in a defensive gun is pointless. I have spoken.