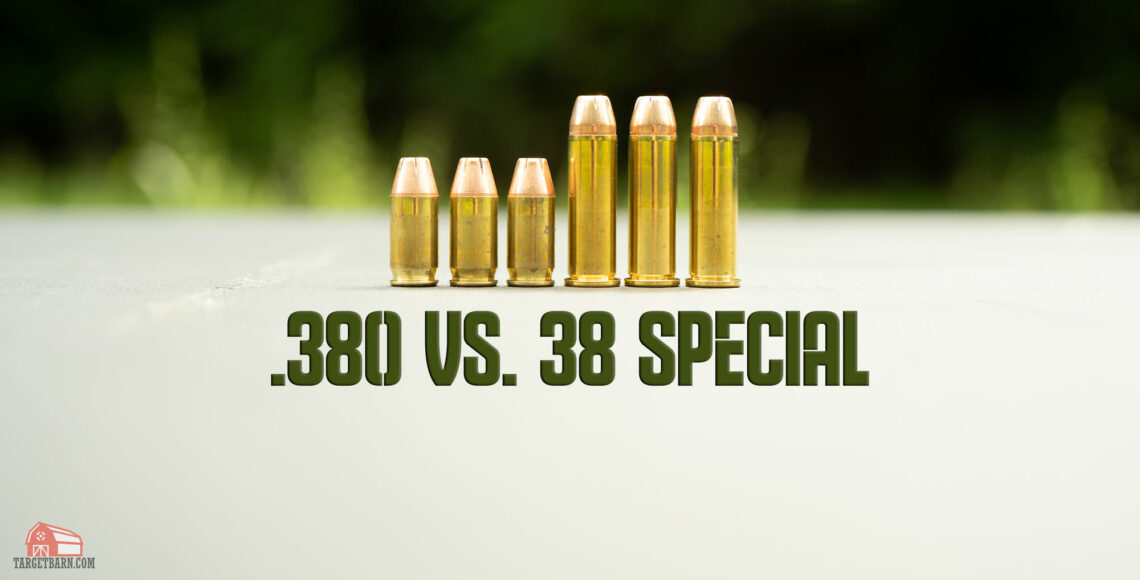 Concealed carry is more popular than ever. People are buying guns for personal defense faster than ever before, and ammo along with it. Two of the most common guns used for self defense are .38 Special revolvers and small semi-autos in .380 ACP. Let’s take a look at the two calibers and see which is a better choice: .380 vs. .38 Special.

The primary differences between .380 ACP and .38 Special are:

Now that we’ve established they’re similar, let’s figure out which is better: .38 Special or .380 ACP.

First, let’s look at the platforms the rounds use most frequently. For the humble .38 Special, the most common launcher is going to be a small, compact, lightweight revolver. These are great guns to conceal, but usually have lousy sights and heavy trigger pulls.

Similarly, the most popular .380 on the planet is the Ruger LCP, which has lousy sights and a heavy trigger pull.

Both calibers do have options that are easy to shoot. For .38 Special there’s the excellent 3 inch Ruger LCR, which has good sights and a good trigger. In .380 ACP, the Glock 42 is the stand-out. The S&W Shield EZ and Beretta 84 are also easy to shoot. All this tells us is that the platform selection is a wash.

If the platforms are basically equal, it comes down to the cartridge. Instead of relying on anecdotal reports, we can turn to science.

Independent ballistic testing showed the following results for 5 common choices of .38 Special ammo when fired from a 2-inch barrel:

A note on all those numbers: none of those loads are pleasant to shoot out of a small gun, and in the hands of a new shooter can actually cause serious accuracy issues.

If we based our choice strictly off the numbers, the 38 Special is the clear winner here offering acceptable penetration and some expansion.

The .380 ACP seems to under-penetrate when it does expand, and when it doesn’t expand it zips through people like a laser beam. But remember that those .38 Special rounds that deliver good penetration and some expansion are also going to punish the shooter. It takes a special person to want to fire more than a cylinder full of +P Golden Sabers through a Ruger LCR, and yet that is exactly what’s required to get good enough with the gun to put those bullets where they need to go. Plus, the .38 Special rounds might not hit to the sights, because a lot of modern snub-nosed revolvers still have fixed sights that are regulated for 158 grain lead round nose bullets.

What if I told you there was a third way, and a way for me that makes the 38 Special the clear winner here? It’s something we’ve talked about before: 148 grain full wadcutters. Most fixed sight small revolvers will shoot these rounds to the sights, they have minimal recoil, and give adequate penetration. No, they don’t expand but most critically they’re easy to shoot, and hits stop fights.

The .380 ACP doesn’t have an equivalent to the full wadcutter, leaving shooters with the choice of punishing JHP that under-penetrate or FMJ that legitimately risk over-penetration. 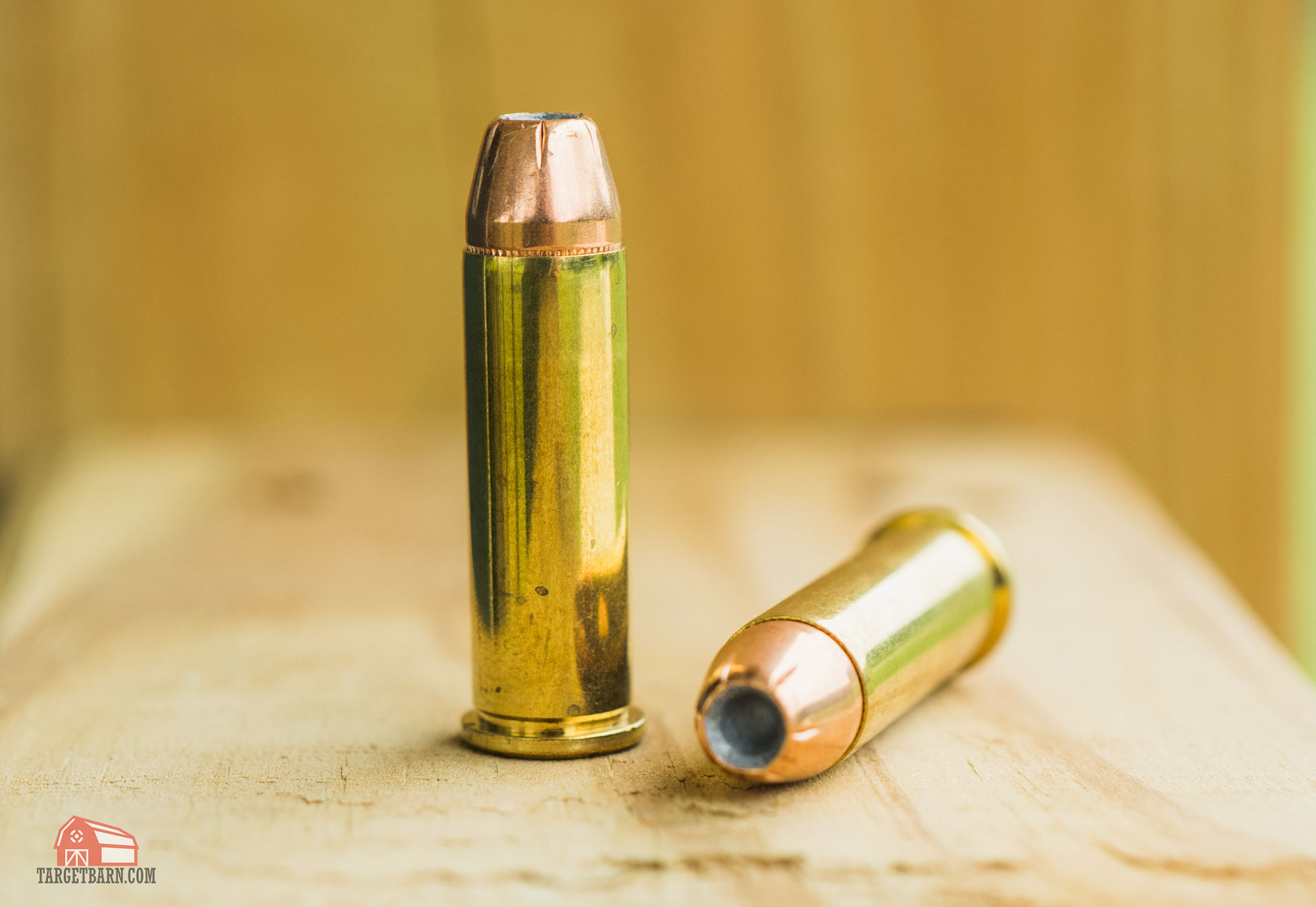 On the surface, the .38 Special and .380 ACP seem to be very similar rounds. But the .38 Special has an advantage in bullet selection and terminal performance. While the .380 is certainly a capable round, it just can’t close the gap. For me, and for many others, the .38 Special remains my go-to for ultra-concealable personal defense.