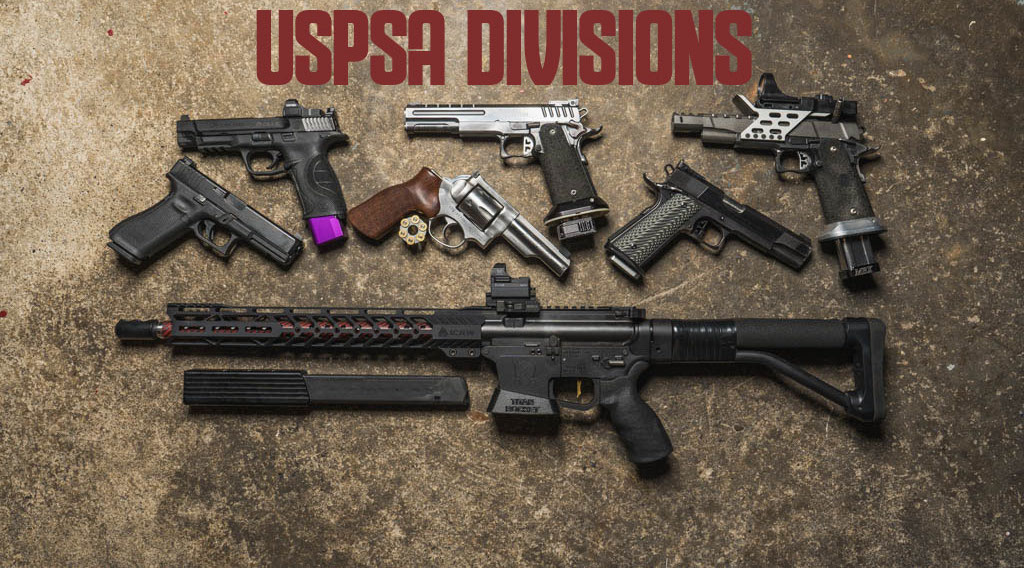 The United States Practical Shooting Association represents the largest action shooting organization in the United States. With 30,000+ members and attendance at major matches frequently in the hundreds, it would create an extremely crowded landscape if all the shooters competed heads up against each other. However, just as automobile racing has different divisions and classes based on the type of car or the equipment in the car, so does USPSA.

In USPSA there are seven divisions, each defined by the type of guns and the allowed modifications to that gun. Let’s take a look at each of the USPSA divisions and see which one is a good fit!

Before we look at the divisions, we have to understand major vs. minor Power Factor. This is a formula used in scoring, based on the “power” of the round. On C-zone and D-zone hits, major PF guns score one more point than minor PF guns. The minimum acceptable bullet diameter for all USPSA divisions is 0.355, or 9mm/38. Learn more about USPSA scoring here. 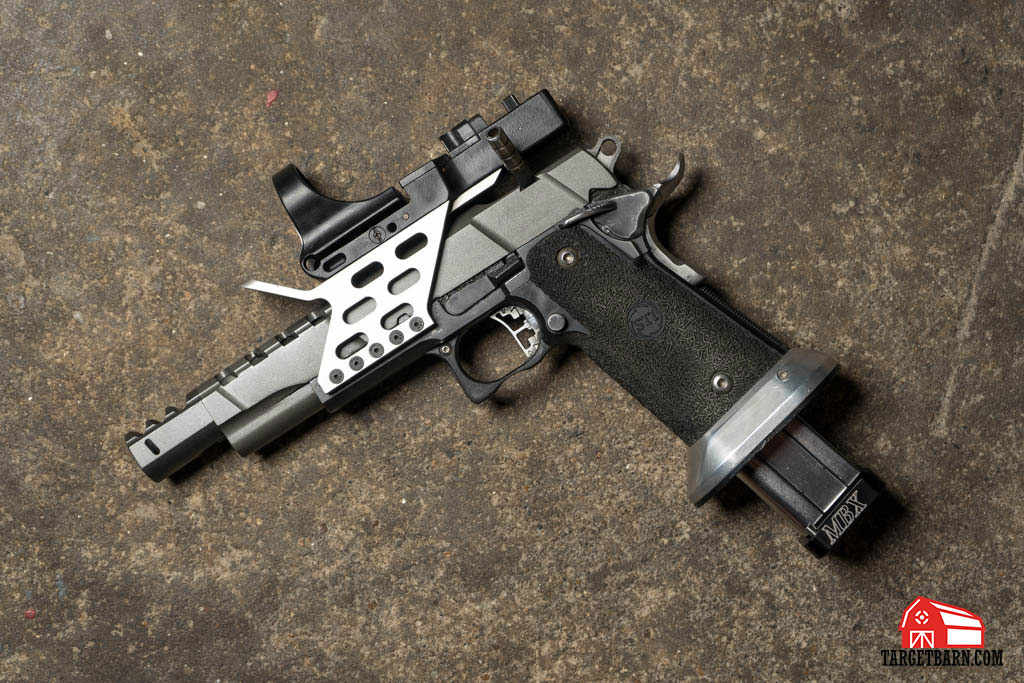 USPSA’s oldest division is Open. It also has the most expensive and highest bar for entry, as the guns in Open feature the most modifications and add-ons in any division. Red dot sights are allowed and can be mounted to the frame, compensators to help reduce recoil are allowed, and giant magazine wells for speed reloading are just a few of the modifications you’ll see. In open division, the minimum caliber is 0.355 for bullet diameter. Shooters can use 9mm bullets that are loaded hot to make major power factor in Open. 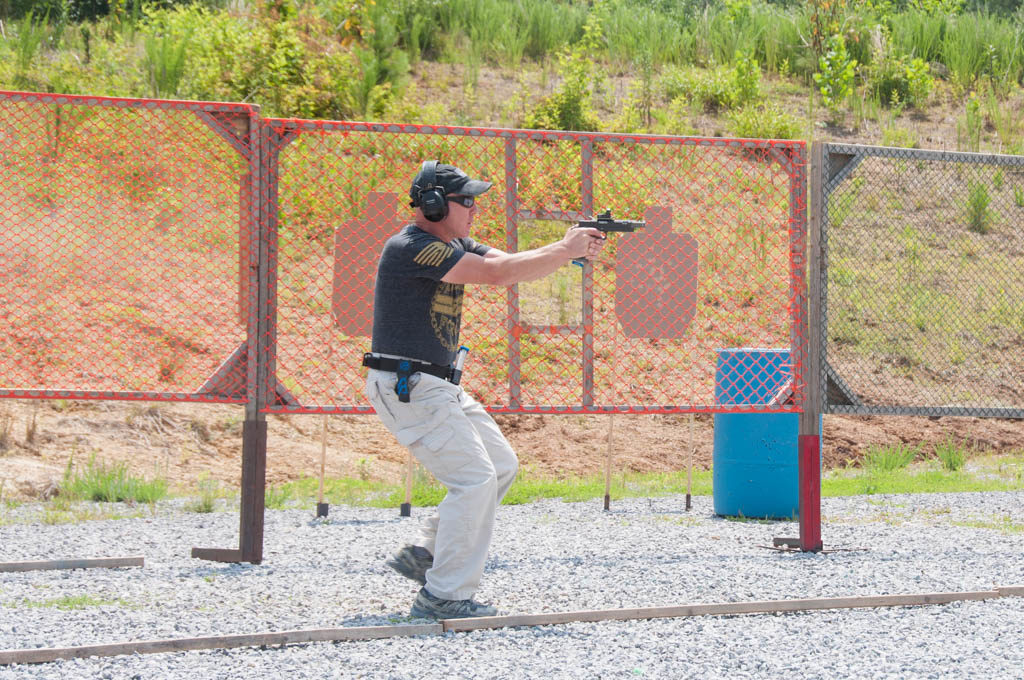 Open is still very popular to this day. An Open gun is the ultimate expression of a race gun, like a Formula 1 or IndyCar. It has no other purpose than to go fast, and as it turns out, people still like to go fast. 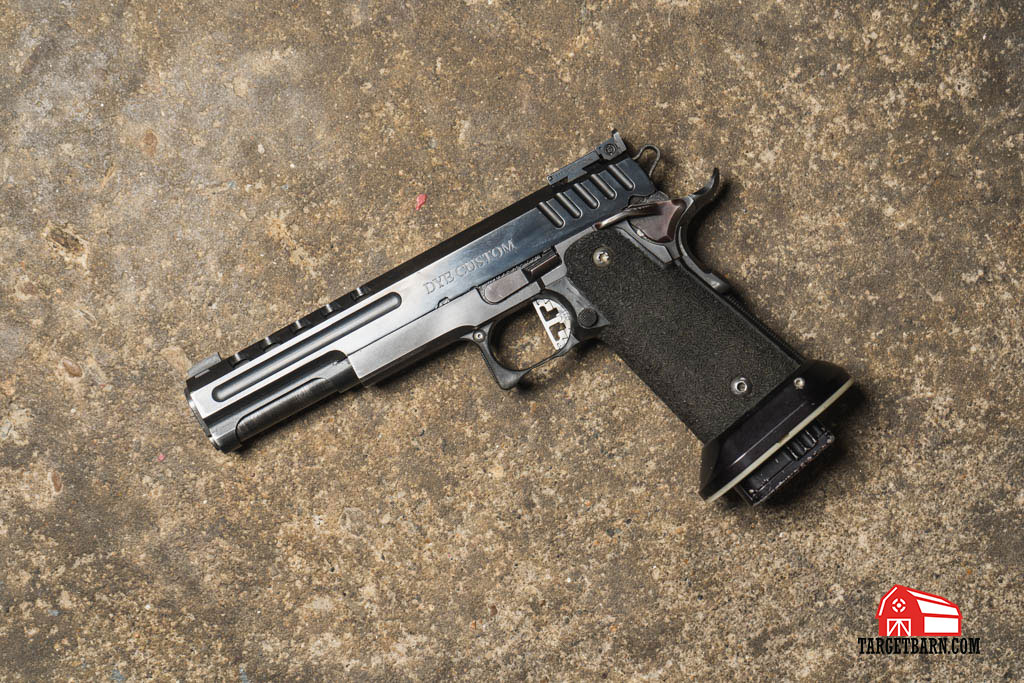 Limited Division is the second “race” division of USPSA. The guns are extremely similar to Open guns. The major differences between Open and Limited are that in Limited, shooters must have shorter magazines, and red dot sights and compensators are not allowed. Limited allows major and minor scoring, but requires a minimum caliber of .40 SW to make major, making all 9mm guns score minor. However they do have a slight capacity advantage over the .40 S&W guns. With that being said, Limited is dominated by 2011-style double-stack guns chambered in .40. 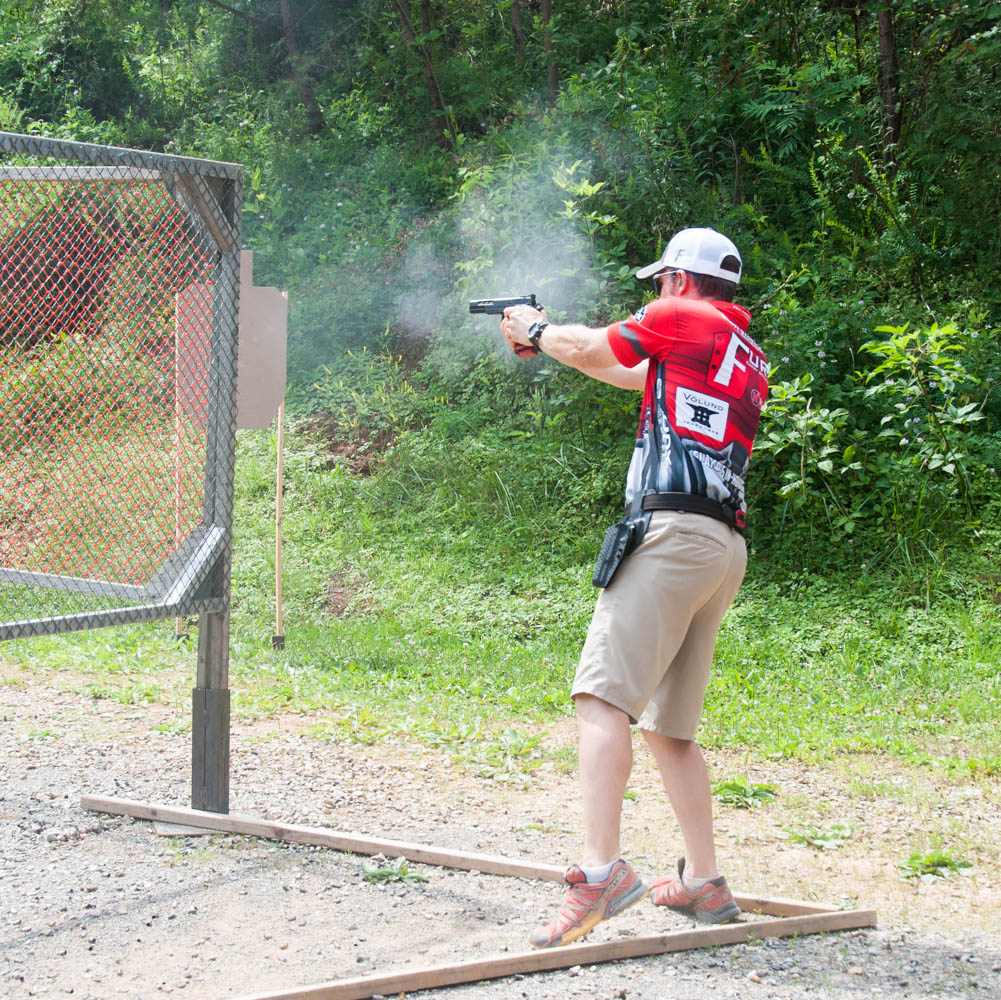 Limited also has a sub-division called Limited-10, created to be compliant with states that ban the possession of standard capacity mags. As the name implies, a maximum of 10 rounds can be loaded into the magazine after the start signal. Limited-10 is also popular with shooters who aren’t good enough to win in Limited, so they can hide in a weaker division. 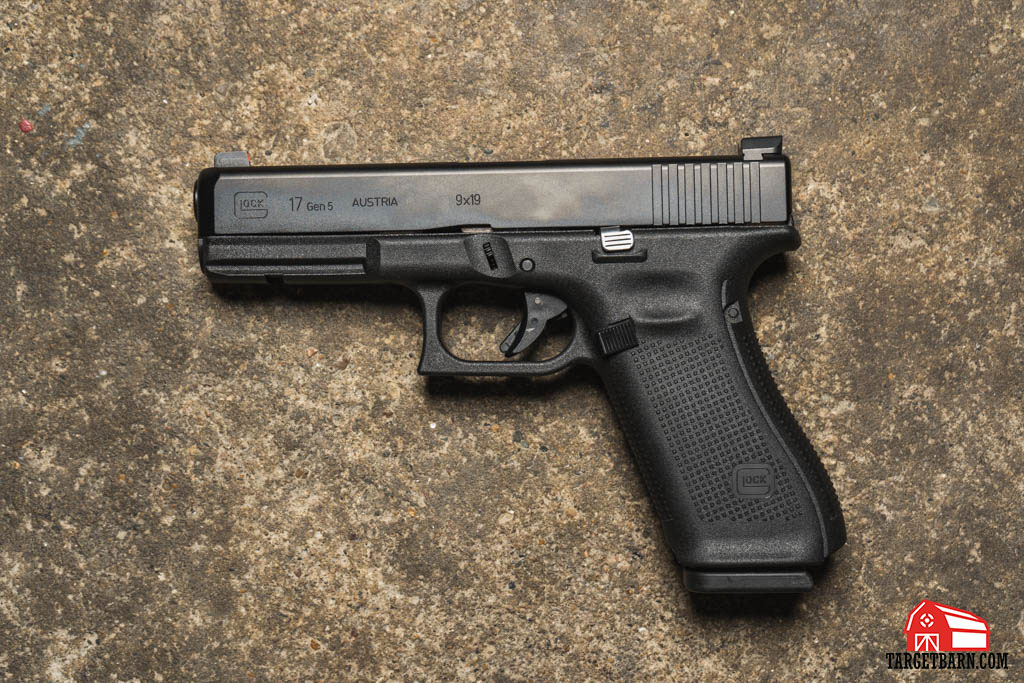 Production is USPSA’s most popular division, owing to the fact that it was created to give shooters a place to shoot common guns. In the 90s, if you had a Glock or a Beretta, or any of the common service pistols, you didn’t really have a division in USPSA where you could be competitive. Additionally, the Clinton-Era assault weapons ban made it difficult for some shooters to procure the necessary standard capacity magazines for Limited and Open. 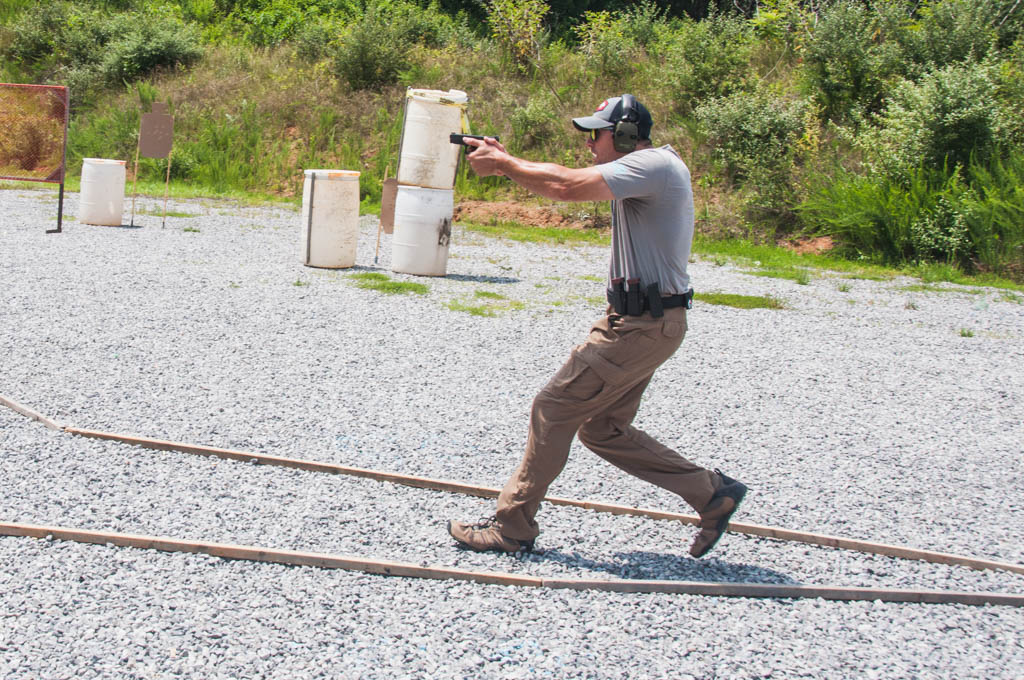 For many years Production was dominated by the Glock 34, however in recent years there has been a trend towards metal framed double-action/single-action pistols, such as the Tanfoglio Stock II and the CZ-75 Shadow. This is mostly because those pistols can be tuned to have extremely light and easy to manage trigger pulls, far better than anything you can get on a Glock. Regardless, Production is the place to go if you want to shoot a “normal” gun! It has a 10 round magazine capacity limit and only scores minor, so most 9mm guns are good to go, as long as they’re on “the list.”

USPSA keeps a comprehensive list of all the guns legal for Production division. 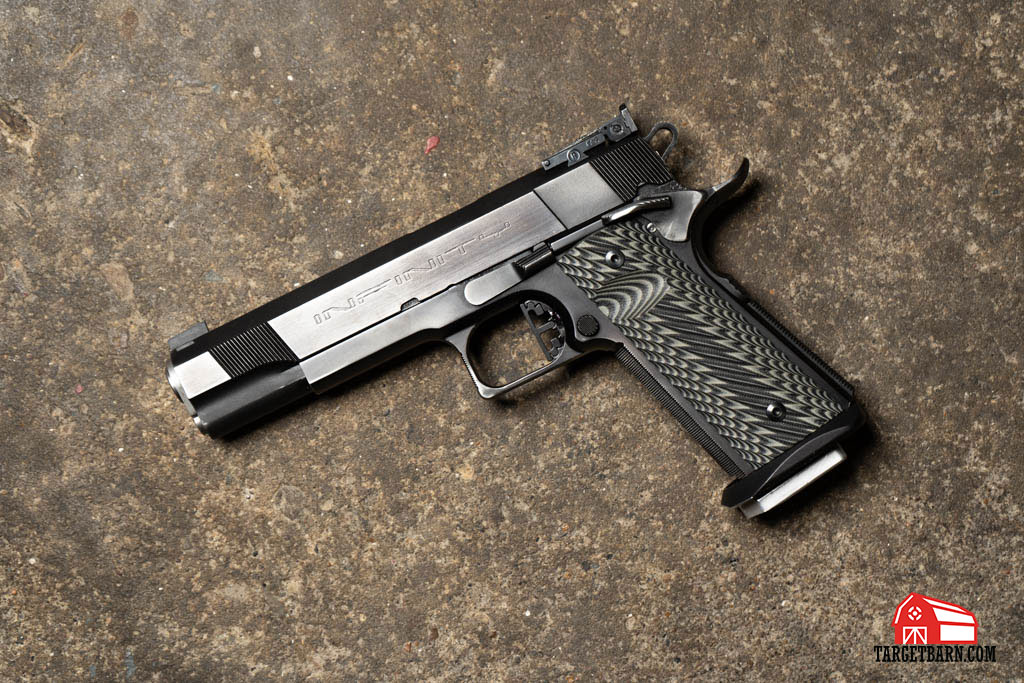 Single Stack division is a newish creation for USPSA. I’ll give you a hint about the guns that are legal for this division, and that hint is: “two world wars.” That’s right, this is the division exclusively for the 1911. Single Stack in USPSA allows major and minor scoring, which creates an interesting conundrum for shooters: do you shoot major and get more points but only 8 rounds in the magazine, or shoot minor and score less points but get 10 rounds in the magazine? Single Stack is really the only division where Major vs Minor scoring is actually a debate, and ultimately it depends on the shooter’s preference, shooting style, and strategy. 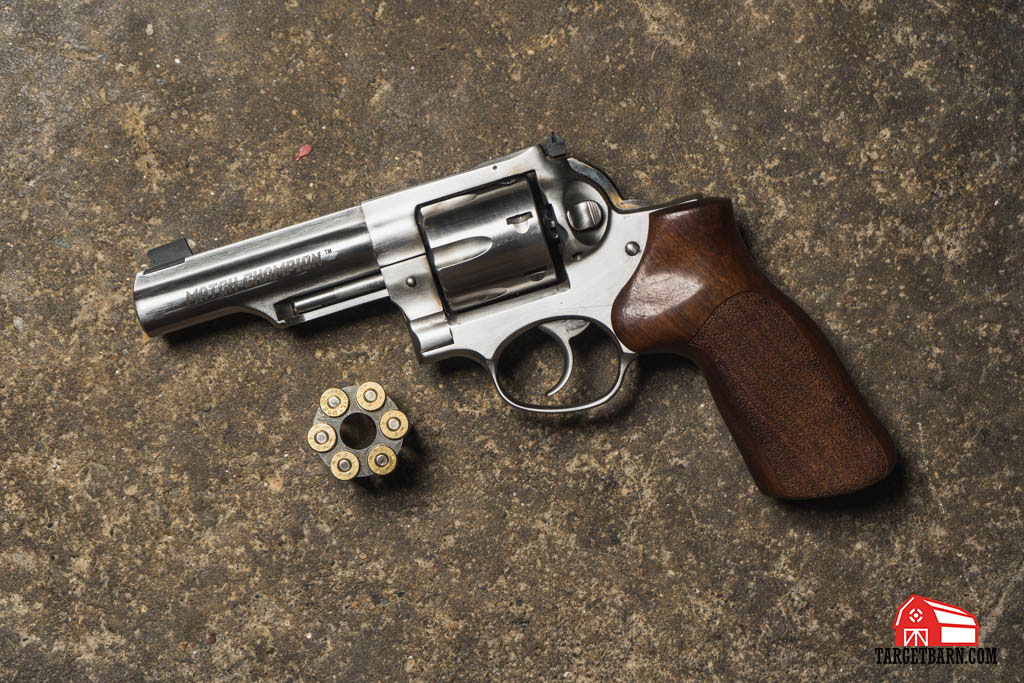 Look, I love revolver, but if we’re honest there are like 6 people who shoot it, and thanks to a rule change the only guns that are competitive in revolver are 8 shot .38s or 8 shot 9mm guns scoring minor. That’s it. If you want to shoot revolver you can. I love it, buuuuuuuut it’s just not that popular, and that’s a bummer. 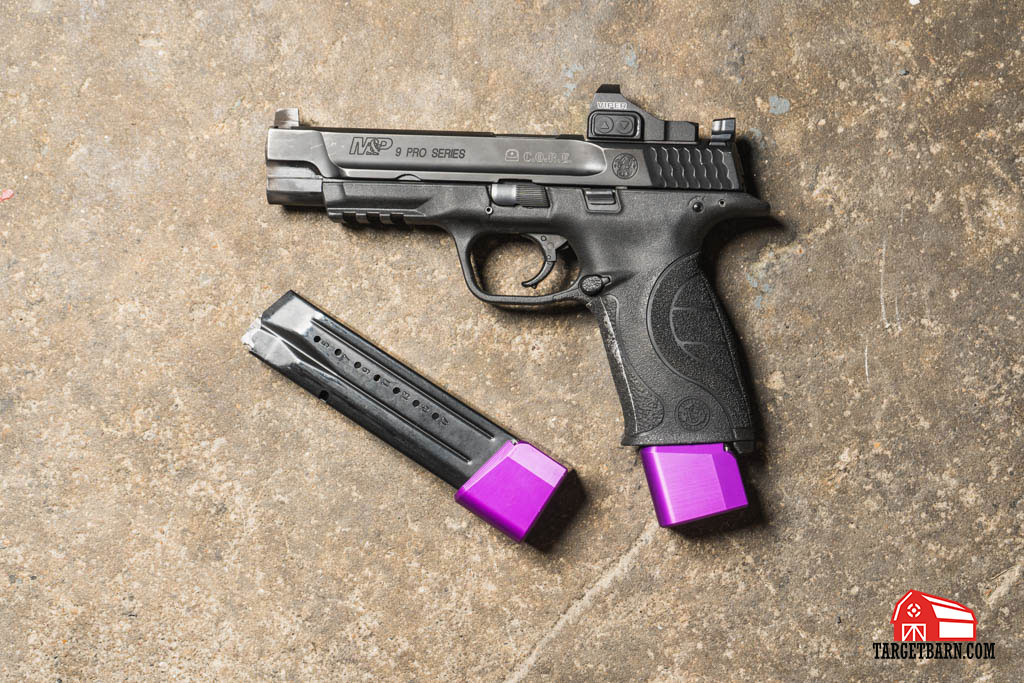 What is popular is the new hotness: Carry Optics. This division was added recently to take into account the number of people who are mounting optics like the Trijicon RMR on the slides of their pistols. Carry Optics is in many ways “Open Lite” – shooters can extensively modify their pistols, and use extended magazines that hold around 20 rounds. The “race gun” type holsters seen in Open are specifically not allowed. It only scores minor power factor, making 9mm guns the order of the day.

Most major manufacturers offer mounting solutions for pistol optics now, so you can just buy a Glock/Sig/Beretta/Walther, toss a RMR or Deltapoint on it and be ready to go! Just no compensators or magwells, and make sure that red dot is mounted to the slide, not the frame. 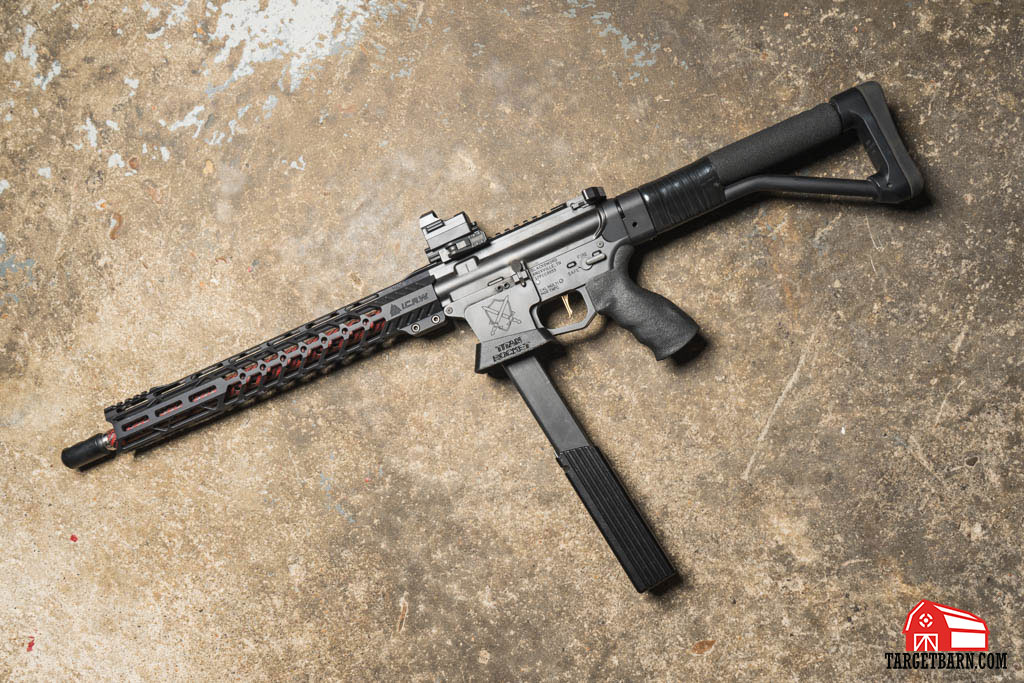 Last, and least, and most ridiculous is Pistol Caliber Carbine, or PCC. This division is…well it’s people who want to shoot a 9mm rifle at a pistol match. No, I don’t get it either. It’s probably a lot of fun, and it seems to be pretty popular and catching on with a lot of people, but…it’s a rifle. At a pistol match. Good for you?

That’s it! All 7 of the USPSA divisions explained right here. Hopefully if you’re looking for a place to shoot, you’ll find yourself in one of these. You can find more information on where to shoot and how to find matches by visiting USPSA.org and looking for a match near you.