The absolute, undeniable hotness in pistol shooting right now is mounting a red dot to the slide of your pistol. The technology has reached a point of maturity. Companies like Trijicon, Leupold, and Aimpoint are making optics specifically designed to be mounted on pistol slides. Every major manufacturer of semi-automatic handguns, and even 2nd and 3rd tier companies, are making slides that are pre-cut from the factory to accept pistol optics. Recognizing the growing popularity of slide mounted red dots, both major action shooting sports have added Carry Optics divisions so that shooters with slide mounted RDS (Red Dot Sights) can compete. Let’s take a look at the Carry Optics division in the United States Practical Shooting Association (USPSA) and how its rules have evolved. 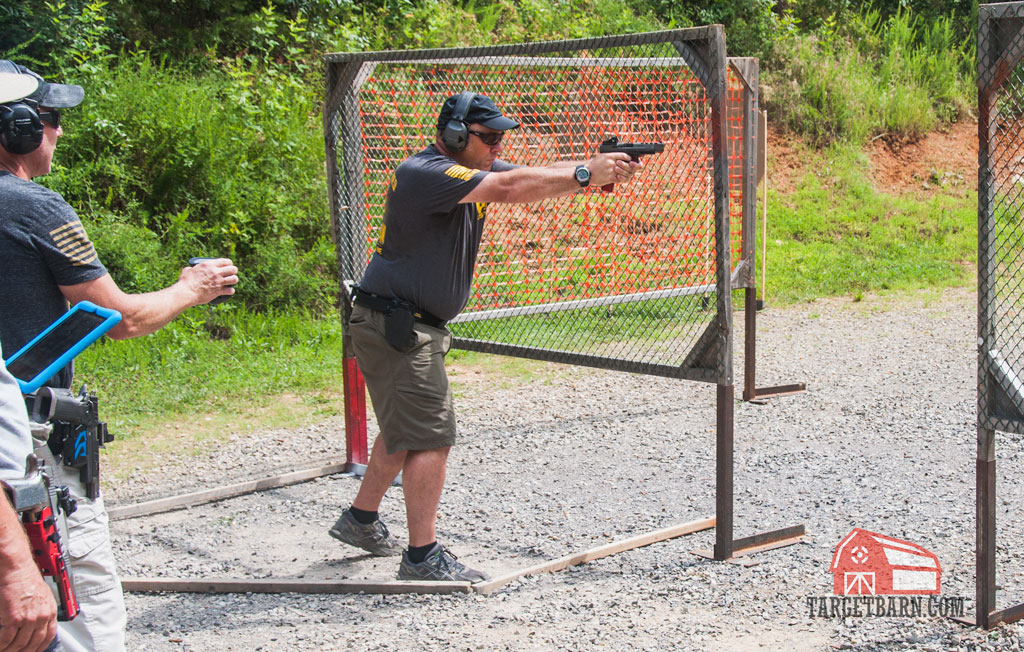 When Carry Optics (CO) was first added, the rules were simple. The core equipment rules were developed from USPSA’s Production division, which meant that initially a CO gun had to be on the Production list and couldn’t be modified except for adding a red dot to the slide. Fast forward to 2021 and that has changed considerably.

One of the driving factors behind that change is the relentless culture of modification that exists primarily on Instagram. It turns out that the sort of person who adds an RDS to their slide is also the sort of person who modifies their gun in other ways, and these mods were making the guns illegal for the existing CO rule set. To make the division as accepting as possible, more changes were made to allow a wider array of modifications.

Guns that are legal for carry optics must still be on the approved Production Gun list – that much hasn’t changed. However, there’s a lot that is different! First off, there is no magazine capacity limit in Carry Optics, which is nice because reloading is lame. The only rule governing magazines is that they must be 140mm or less in overall length. For most 9mm guns, that gives shooters about 20-22 rounds on board. All the guns in Carry Optics score minor power factor (which we’ve covered elsewhere), so everyone shoots 9mm to get the most rounds in the gun.

To address some of the other modifications to CO guns, let’s do a little Q&A session with your Certified USPSA Rules Lawyer.

Q: Can I have a stippled grip?
A: Yes! As long as your grip modifications don’t create a magazine well/chute/funnel that extends below the normal grip area, stipple your heart out. You can even texture the frame where your support thumb rests, which is a popular modification for “tactical” minded shooters.

Q: Can I undercut/relieve the trigger guard?
A: Yes! This is explicitly allowed in the USPSA rulebook for Carry Optics. Tired of getting Glock knuckle? Get that trigger guard undercut.

Q: What about compensators?
A: Nope! A compensator would move your gun into Open Division, where you’d be competing against full-house race guns. Unless your name is Max Michel, you’ll get junked.

Q: I have a weapon mounted light, can I mount that?
A: Yes — serious shooters and Instagram warriors rejoice! Up until 2021, WMLs were not approved for Carry Optics Division. A rule change in March of 2021 permitted the use of functioning weapon mounted lights.

(Real lawyer’s note: Caleb is neither certified nor an attorney. Though he shoots really well and knows his stuff when it comes to shooting.)

Some other modifications that are legal: internal parts changes you can go wild on. Additionally, you can change hammers and triggers per the USPSA rulebook, so if you want to do that full on custom Glock build with the sweet aftermarket trigger, you can.

The big no-nos for USPSA Carry Optics are compensators (like we mentioned) and magazine wells (sort of mentioned). You can cut go-fast holes in the slide, change sights, triggers, sears, springs, have big 140mm magazines full of bullets, all of that is cool.

As long as you start with a gun that’s on the Production list and don’t put any of the naughty modifications like a compensator on? You’re good to go shoot. In fact, why are you still reading this? Go shoot!