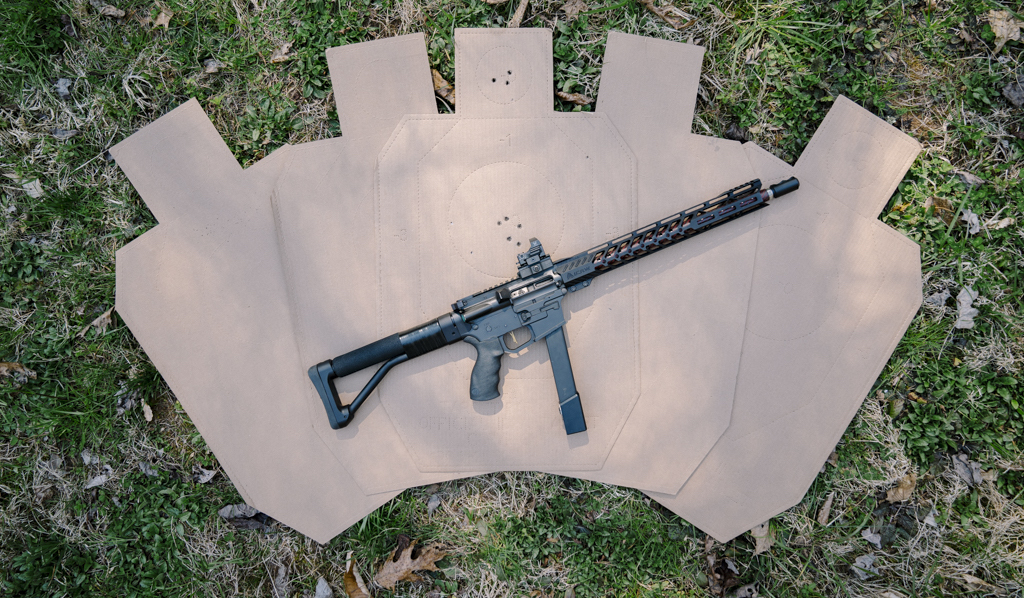 Pistol Caliber Carbines (PCC for short) are long guns chambered for pistol cartridges – typically 9mm, .40 S&W, .45 ACP – and have become increasingly popular in the shooting world. While PCC’s are prevalent as home defense and plinking guns, they’re also growing on the competitive shooting scene. Many matches, including USPSA and IDPA, have expanded divisions to allow pistol caliber carbines. This created a new lane for both shooters and manufacturers.

The AR-9 is one of the most common types of PCC’s used in matches. AR-9’s are patterned after the AR-15 rifle. They commonly use Glock or Colt pistol magazines. This makes it easy for shooters to convert to the platform from pistol.

As they’ve gained in popularity, more PCC options have popped up that don’t follow the AR-15 pattern. The Sig MPX uses a gas piston system, giving it a softer recoil in comparison the blowback style of the AR-9’s. Other options, like the Ruger PC Carbine, CZ Scorpion Evo, KelTec Sub 2000, Beretta CX4 Storm, Hi-Point 995TS, and even some sub-machine guns (shot in semi-auto), can be found at matches. 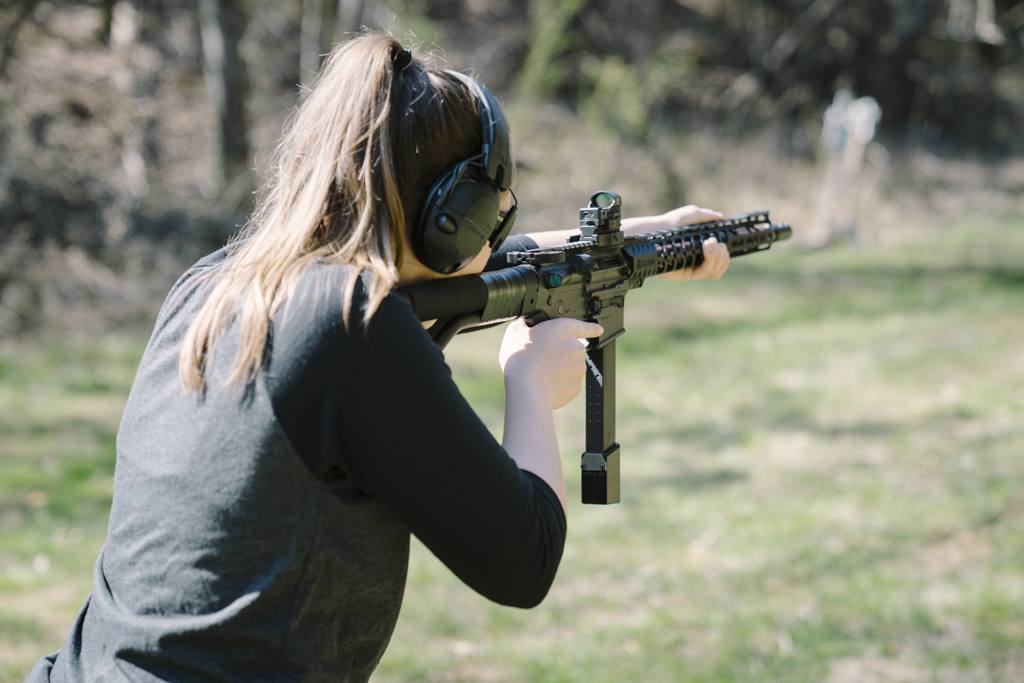 The Steel Challenge Shooting Association (a subsidiary of USPSA) was the first organization to incorporate PCC into matches, officially recognizing it in the spring of 2016. There are two divisions you can compete in with a PCC: Pistol Caliber Carbine Open (PCCO) and Pistol Caliber Carbine Iron Sights (PCCI).

As the names imply, PCCO allows electronic optics and PCCI is strictly iron sights. Steel Challenge allows compensators/muzzle brakes and flash hiders in both divisions, but suppressors are not allowed in either. It must have a stock attached and be capable of being fired from the shoulder. Short barreled rifles are permitted if the shooter is in compliance with all applicable state and federal laws.

The start position of PCC shooters is at the low ready, with muzzle pointing at the aiming flag that is present on all stages. The shooter’s finger must be outside of the trigger guard, but the safety can be off. 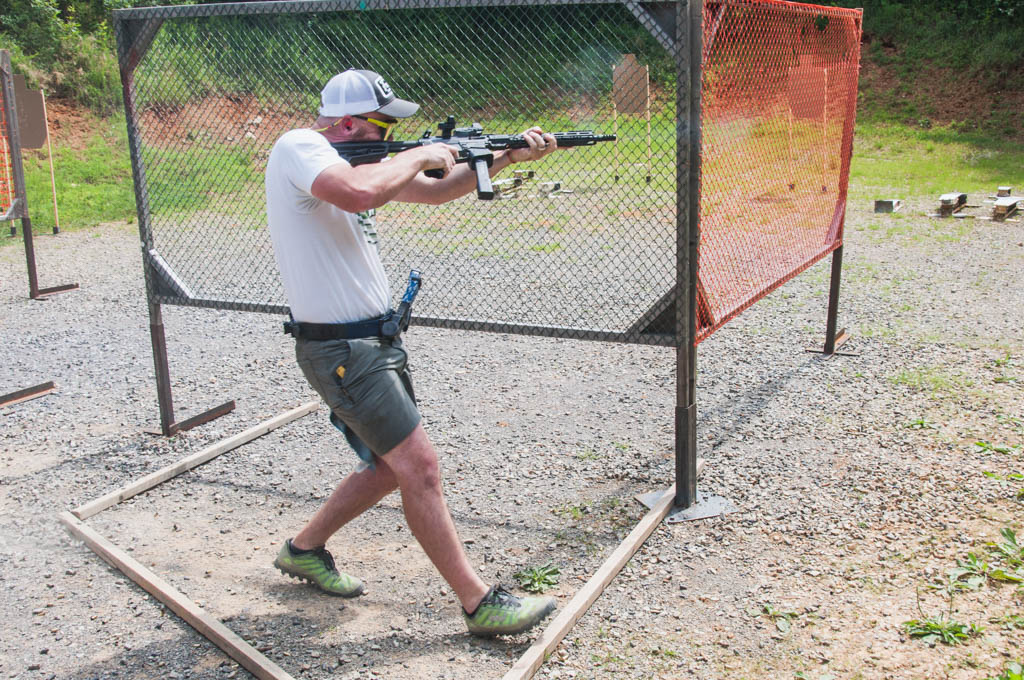 In July of 2016, the United States Practical Shooting Association announced the provisional PCC division would be available for all levels of USPSA competition. Unlike Steel Challenge, USPSA has only one division for PCC. The division allows optics, compensators/muzzle brakes, and flash hiders. Just like in Steel Challenge, suppressors are not allowed.

Short barreled rifles are allowed if in compliance with all federal and state laws and there must be a stock and be capable of firing from the shoulder. Additionally, the association allows mounted lasers and flashlights.

The start position for PCC will vary depending on the course of fire, but start positions strictly may not require the shooter to start facing up-range while holding the carbine.

The International Defensive Pistol Association decided to join in on the PCC fun in 2017 with the addition of the PCC division. They brought in PCC as an optional Specialty Division for Tier 1-Tier 5 matches.

Iron, optical, and electronic sights are all allowed. You can even have a light and laser mounted on your carbine if you see fit.

The start position for PCC is with the carbine held at low ready unless otherwise specified in the written stage description. There may be a cone or other marker that the muzzle must be pointed at to eliminate variation between shooters.

If you weren’t convinced of the power of the PCC cult, knowing that pistol caliber carbines have crept into the sport of 3-Gun should convince you. Sanctioning bodies like 3 Gun Nation and United MultiGun League have acknowledged and accepted PCC with open arms. Though the rules may vary from match to match, typically the minimum caliber is 9mm; United Multigun League also has a 1600 FPS maximum velocity rule. 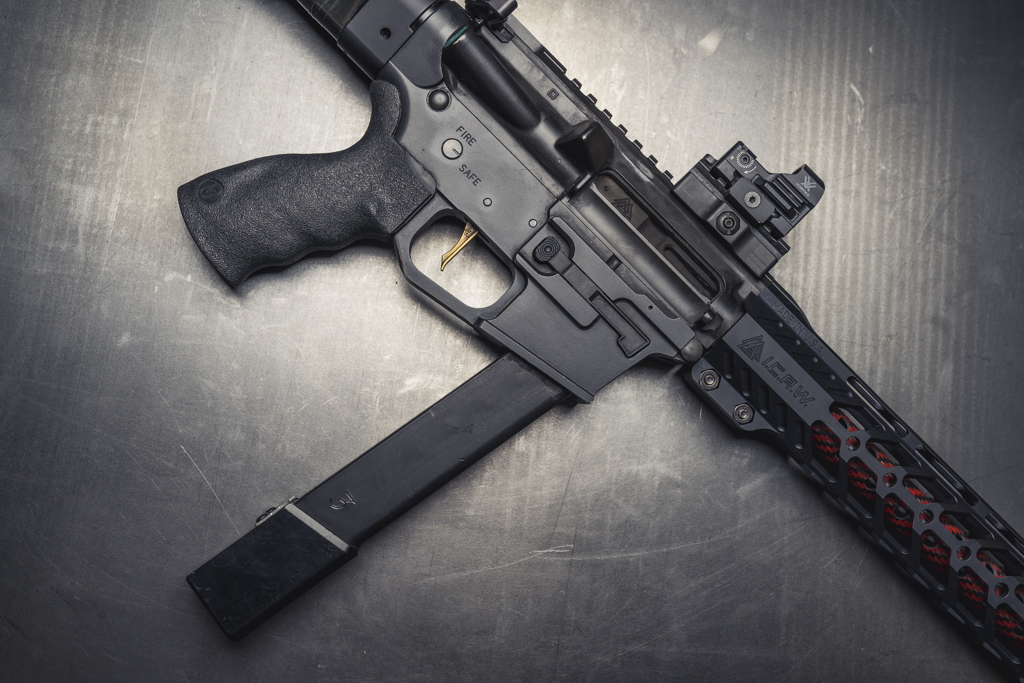 Stop by a match with PCC shooters and you’ll probably see some tricked out guns. If you’re looking to get into the PCC division, you’re probably either building a gun or buying one that you don’t want to keep stock. Here are some of the best and most popular PCC upgrades you can make.

One of the first upgrades to make to your PCC is to tune the trigger. Whether you’re polishing up the stock trigger or completely replacing it, a light trigger is a must for matches. The platform you’re shooting will determine what options you have. For AR-9 style pistol caliber carbines, drop in triggers are readily available. Timney Triggers offers the AR PCC Trigger in straight or curved as a popular choice.

Don’t let a little gas get you down! Throwing a compensator on your PCC, like the MBX 9mm PCC Compensator, will help redirect gas as it exits the barrel, reducing muzzle flip and making follow-up shots faster.

One complaint of PCC shooters is the recoil. Many pistol caliber carbines are blowback operated which gives them more noticeable recoil. This can be mitigated by replacing the buffer system with one tuned for PCC, like the Taccom PCC Adjustable Recoil System. The types of loads you are shooting will determine how light of a buffer/spring combo you can use. It may take some trial and error to get it just right.

Of course, one of the best things about PCC in USPSA is the unlimited round limit. Even in IDPA, a 30 round limit is pretty generous. Along with higher-capacity magazines comes magazine extensions. You can add up to 20 rounds – yes, you read that right – to your magazine, with products like the Taylor Freelance Goliath. Slinging over 50 rounds sounds pretty sweet, right? No reloads necessary.

As with pistols, a flared magazine well will help with quick reloads. TechWell offers magwells for a large number of PCC manufacturers. 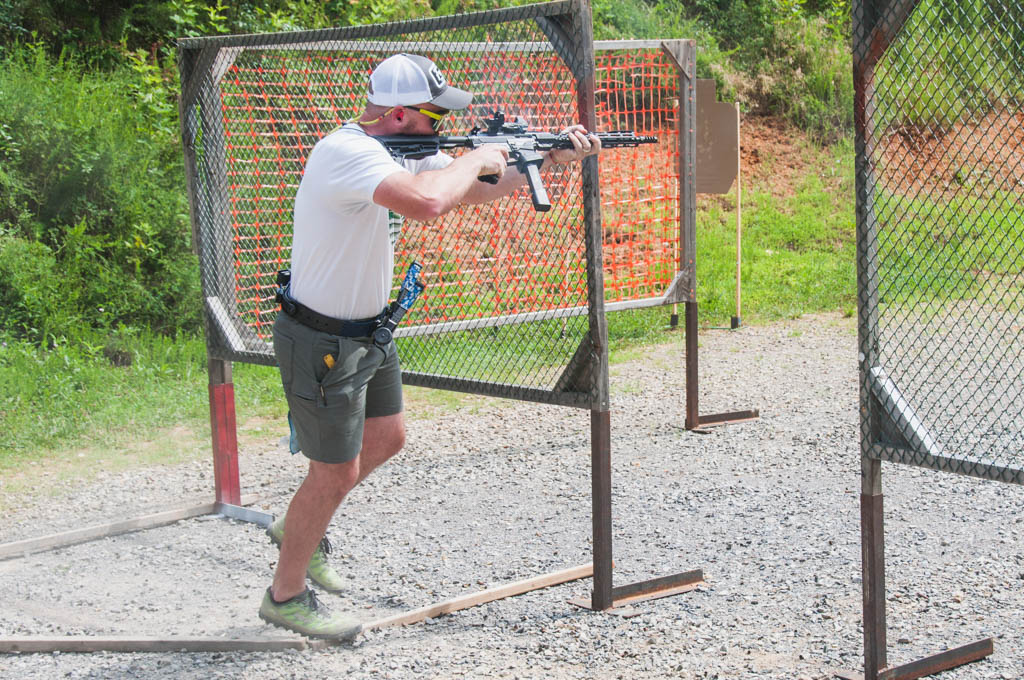 Because red dots are allowed in matches, it’s rare to find a PCC shooter not running some type of optic. But now more shooters are running two optics: one mounted up-top, as usual, the other angled off the strong side of the gun at a 45 degree angle. The purpose behind this set-up is to help with difficult weak-side corner shots. Rather than switching shoulders to make the shot, the additional red dot will help you get on target quicker. This offset optic also helps with keeping the barrel directly under the optic during those hard leans.

JP Rifles offers the JPROS, a 45 degree rail offset adaptor that can be used to mount your second red dot.

Should you shoot PCC? 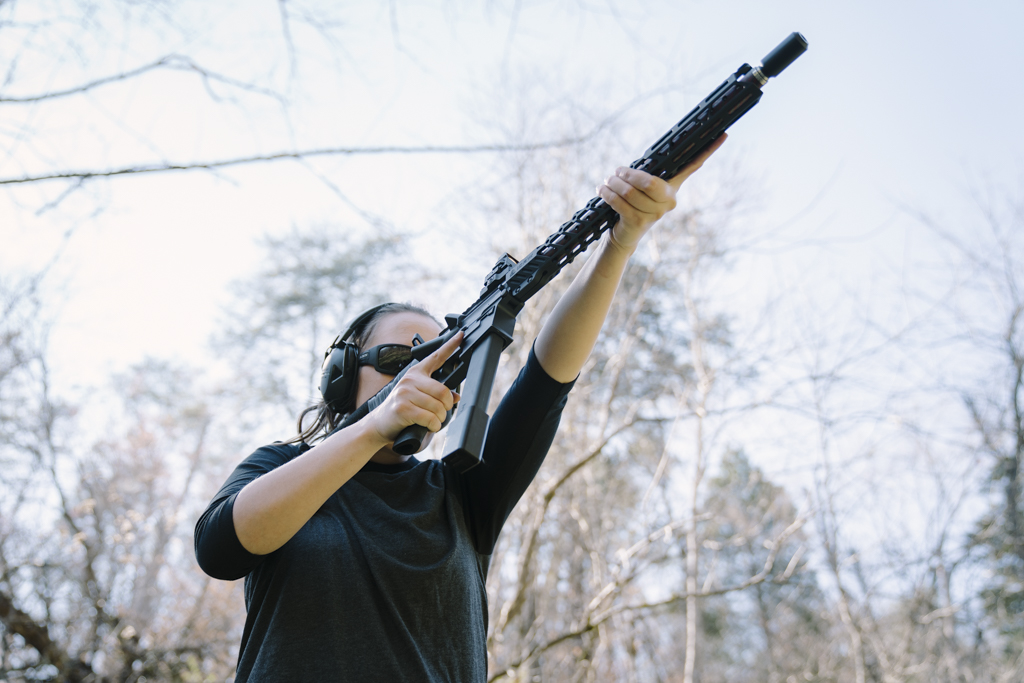 The addition of the pistol caliber carbine division into matches is controversial. Many shooters feel that it is unfair to allow a rifle to compete in pistol matches. Some pistol shooters don’t like that good PCC shooters can consistently place in the top rankings at matches, bumping some pistol shooters down to lower overall placements. However, results at major matches have shown that many pistol shooters still lead the rankings.

Other criticisms include the need for different start positions (PCC can’t start facing up-range) and the safety concerns of transporting a long gun between stages. They are also exempt from support hand shooting. Instead of using a support hand, they must switch to shooting from their weak-side shoulder – a point that many shooters find unfair.

“PCC Is Not a Crime”

Other shooters like that it allows them to shoot on a rifle platform without the expense of buying rifle ammo. Shooting a PCC in a match is also arguably easier than shooting a pistol. This allows new and aging shooters to compete with relative ease when they might have trouble competing with a pistol.