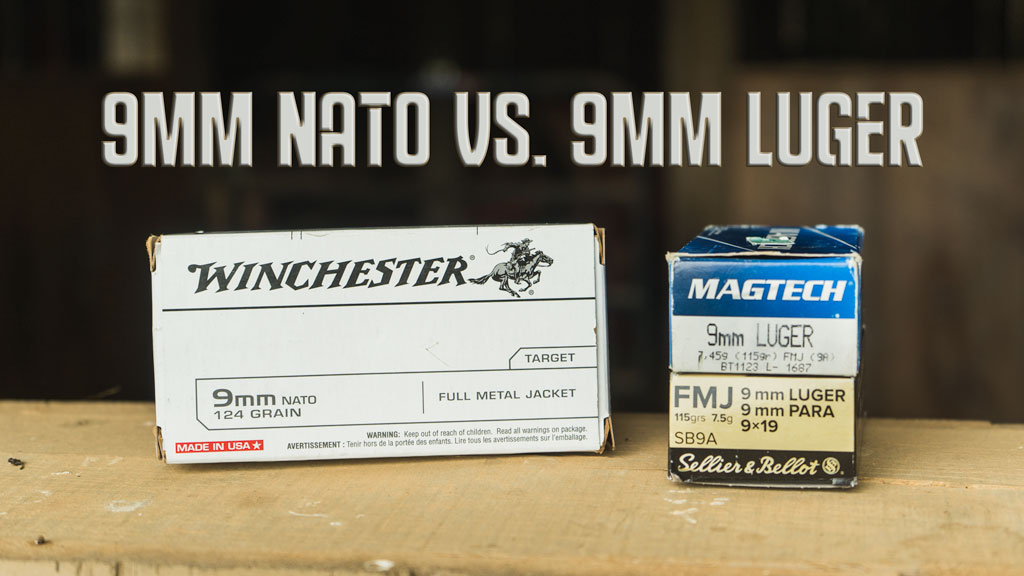 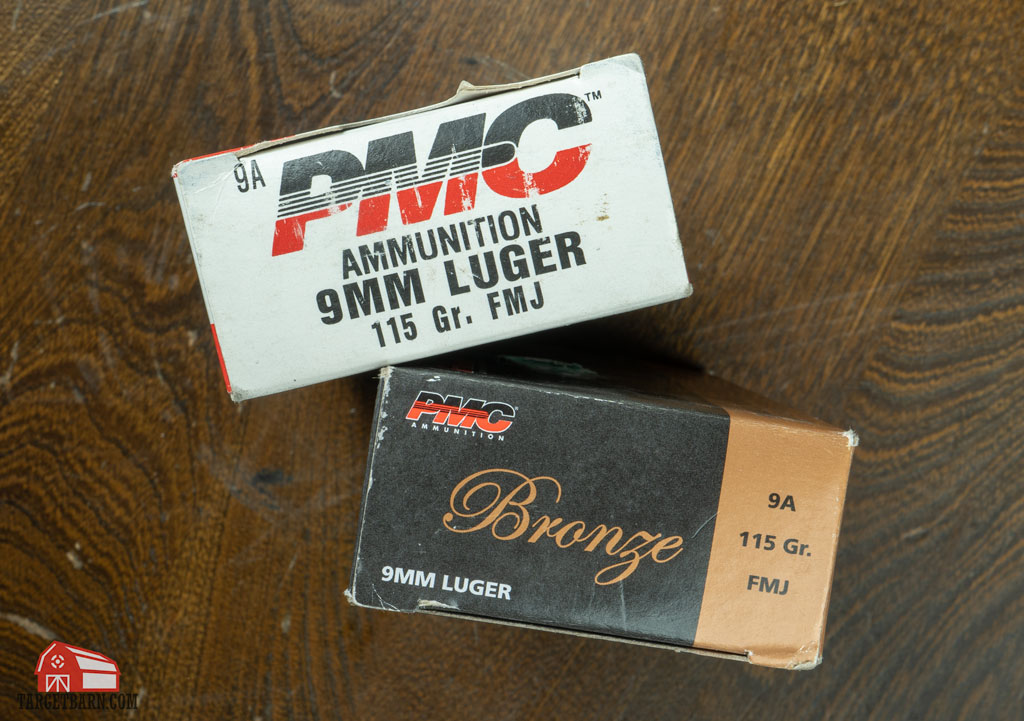 To understand the differences in 9mm Luger vs 9mm NATO, we’re going to take a minor historical detour into the history the world’s most popular cartridge: 9×19. Wait I mean 9mm Parabellum. Wait no, it’s 9mm Luger. Confused yet? Good.

Here’s the brief history lesson. The 9mm cartridge we have today was developed by Georg Luger. At the time he worked for the German arms company Deutsche Waffen-und Munitionsfabriken (DWM). DWM’s corporate motto was the Latin phrase that has now been beaten to death in movies: Si vis pacem, para bellum (“If you seek peace, prepare for war”).

Before he designed the 9mm, ol’ Boy Georg had designed the 7.65×21mm Parabellum cartridge for the pistol that carried his name: the Luger. The German Army wanted something bigger than a .30 cal pistol round, so Georg took the bottleneck out of the case in his 7.62 round, kept the Parabellum name, and stuck a .355 caliber bullet in it. And so 9mm was born.

What’s the Difference: 9×19, Parabellum, and Luger 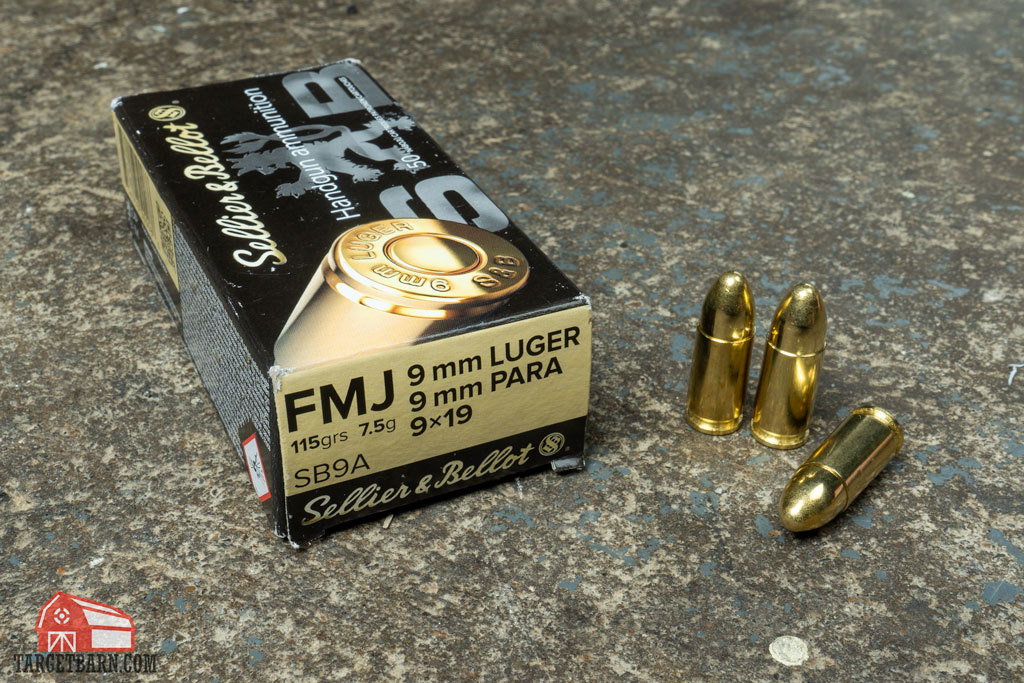 The different names we have now are the product of three different things. 9×19 comes from the cartridge’s dimensions, 9mm Parabellum was the name it was originally given, and 9mm Luger is its official name according to SAAMI. They are all the same cartridge.

What is 9mm NATO?

You’ll notice that nowhere in that description did I say the word NATO. That’s because the NATO designation didn’t happen until the round was universally adopted by NATO as the standard pistol round. However, not all “9mm NATO” ammo is the same because there’s no standard bullet weight for actual NATO production. Actual NATO ammo uses a range of bullet weights.

With all that being said, the most common NATO branded ammo you’ll find is sold by Winchester and now Sig Sauer’s ammo division. Both are 124 grain FMJ rounds. 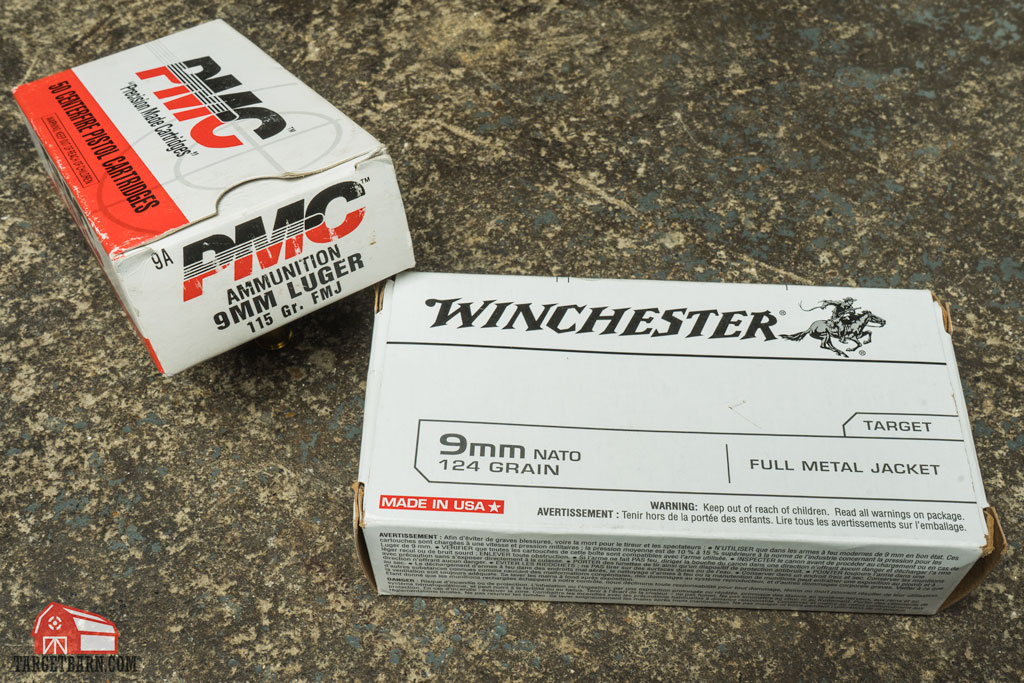 This brings us to the difference between 9mm NATO and 9mm Luger. Pressure!

9mm NATO rounds have higher pressures than standard 9mm Luger rounds. To make a comparison, a 9mm NATO round would be like a 9mm +P round in terms of pressure. That’s the biggest difference. 9mm NATO is a bit spicier than 9mm Luger. It’s accurate and reliable, but it’s definitely snappier because it’s designed to hit 1250+ feet per second out of a standard pistol. Most commercial 9mm ammo is going around 1100 feet per second with a 115 grain bullet.

Is 9mm NATO Safe to Shoot? 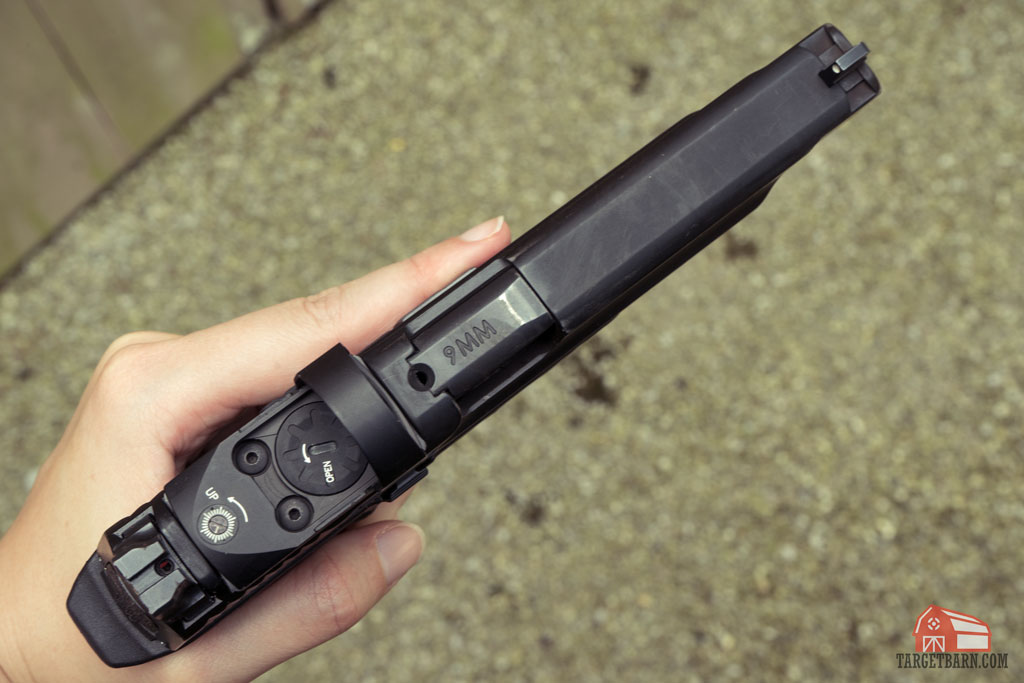 The next obvious question is if 9mm NATO ammo is safe to shoot. The answer is yes, with the warning that it depends on your gun.

Modern guns from modern manufacturers are all rated for +P ammo, so any gun that’s as new or newer than say…a Beretta 92FS or a Gen2 Glock is going to be fine. If you have a 1915 manufactured Luger or some other ancient collector’s item, I wouldn’t recommend shooting 9mm NATO out of it. But regular guns from reputable manufacturers that have been manufactured within the last 40 years will be absolutely fine eating 9mm NATO rounds all day long.

Ultimately, the difference between 9mm Luger vs. 9mm NATO is pretty minuscule. If 9mm NATO is all you can find, it’s going to be fine to run that through your gun. If you want to shoot the same ammo that the troops use for practice and duty (thanks Hague Convention), then 9mm NATO is your go to. Load up, and have fun shooting!