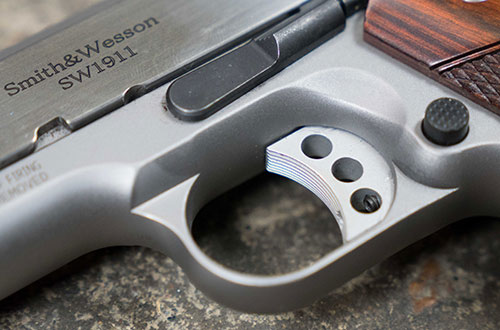 For those just beginning their journey into the world of firearms, it’s easy to become overwhelmed or intimidated by the terminology and the complexities associated with guns. My first official trip to the range as a new shooter was met with some confusion when given a selection of rental guns to choose from. Luckily, I had the guidance of an experienced shooter to navigate my way through all of my options. 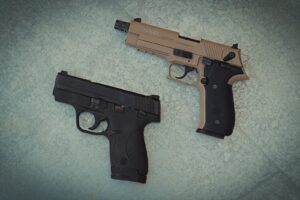 Working behind the counter at a gun range years later, I quickly discovered that there were a large amount of shooters who had no understanding of the different types of handguns available. They would typically group guns by caliber only, with no understanding of how they functioned, specifically in regards to whether they were striker fired or hammer fired.

So what makes a gun striker fired or hammer fired? The differences come from the parts that make up the action – the mechanism of the gun that loads, fires, and ejects a round – and how those parts work together to fire a round. Both types have their pros and cons and it is important to understand how these characteristics affect your shooting.

The good news is the more guns you shoot, the easier the concept of hammer fired vs. striker fired becomes. 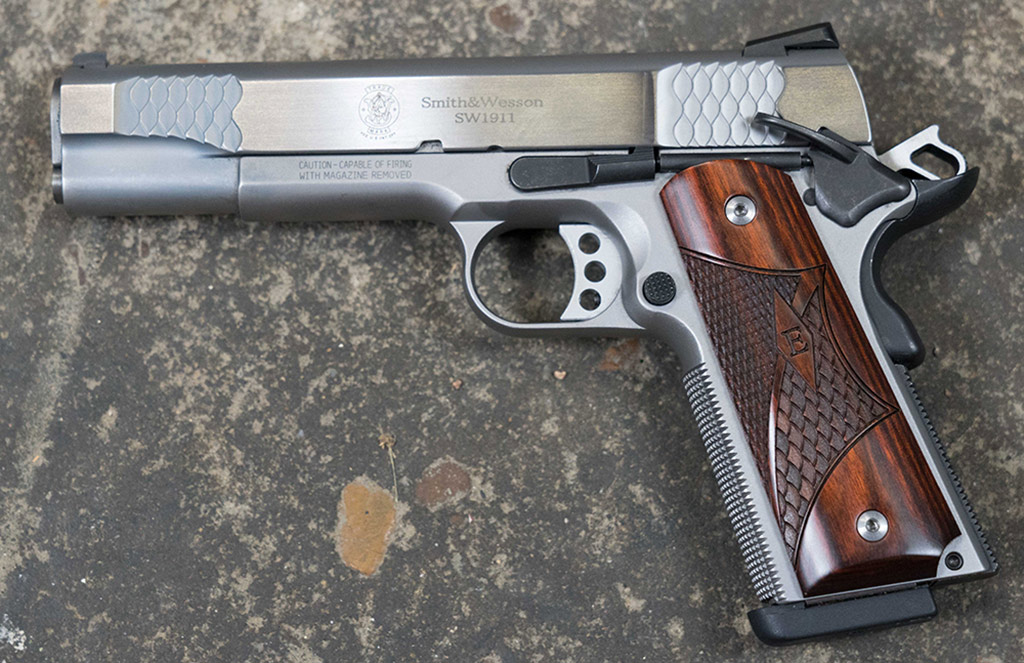 Single-actions usually have a light, crisp trigger pull that is consistent with each shot. The most popular example of a SA semi-auto is the timeless 1911. Because it is designed to be carried with a round in the chamber, hammer cocked, and thumb safety on, the 1911 scares off some new shooters. The fear that the thumb safety will somehow become disengaged when carrying, coupled with a short trigger pull, is enough for many to avoid a single-action as a carry gun.

1911 style guns are becoming increasingly popular in competition shooting because of their light trigger pull and heavier steel frame that can aid in reduced recoil. A number of top competition shooters can be seen shooting these “sports car” guns. 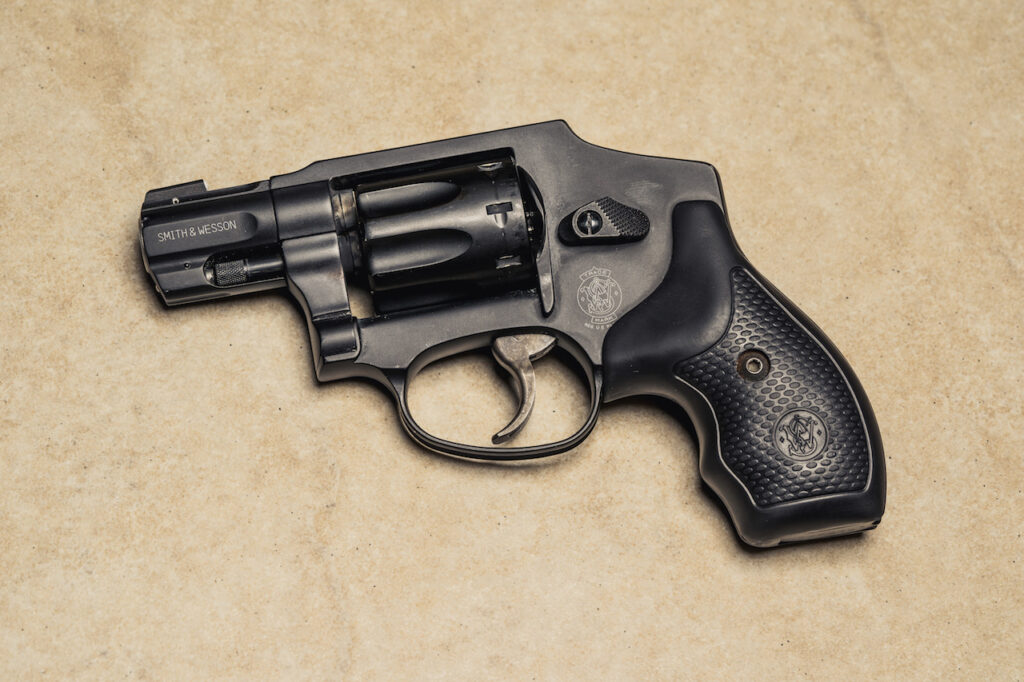 Double-actions are sometimes seen as a safer option than a striker fired or single-action gun; because the trigger pull is consistently long and heavy, it is theoretically more difficult to accidentally fire the gun. This makes the DAO a more attractive choice to someone who is new to carrying a gun and not as confident as an experienced shooter. Though complacency with firearms is never acceptable, having the peace of mind that your gun is less likely to discharge makes the DAO a popular choice for concealed carry.

There are some cases where the shooter has difficulty with the long DAO trigger pull, whether it be a lack of hand strength or an improper grip. Training can aid in resolving these issues.

What can be considered the best of both worlds, a double-action/single-action combines both types of trigger pulls. 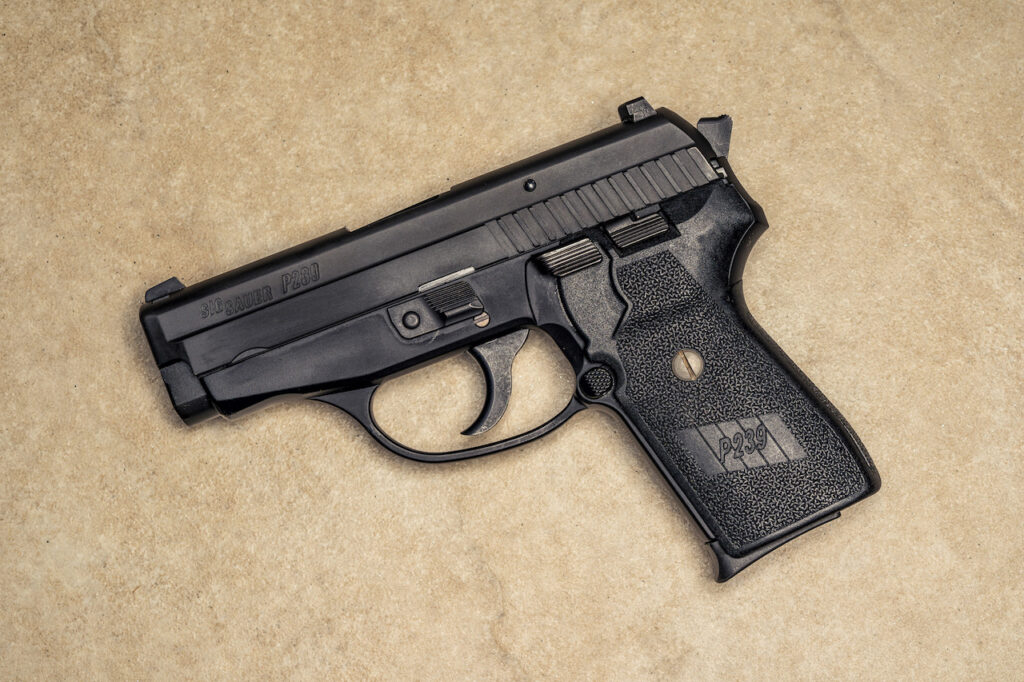 In a semi-auto pistol, your first trigger pull is in double-action mode, and every shot following is shot in single-action, as the cycling of the slide cocks the hammer. Having two different trigger pulls has its pros and cons; while some find that the initial DA pull is safer, others find it difficult to adjust to a lighter trigger pull following the initial DA pull which is reflected in their shot placement. DA/SA pistols typically come equipped with a decocker that drops your hammer back into double action mode; it is important to train yourself to decock the gun once you are done firing to help prevent any negligent discharges that are more likely to occur in single action mode.

What is a Striker Fired Pistol? 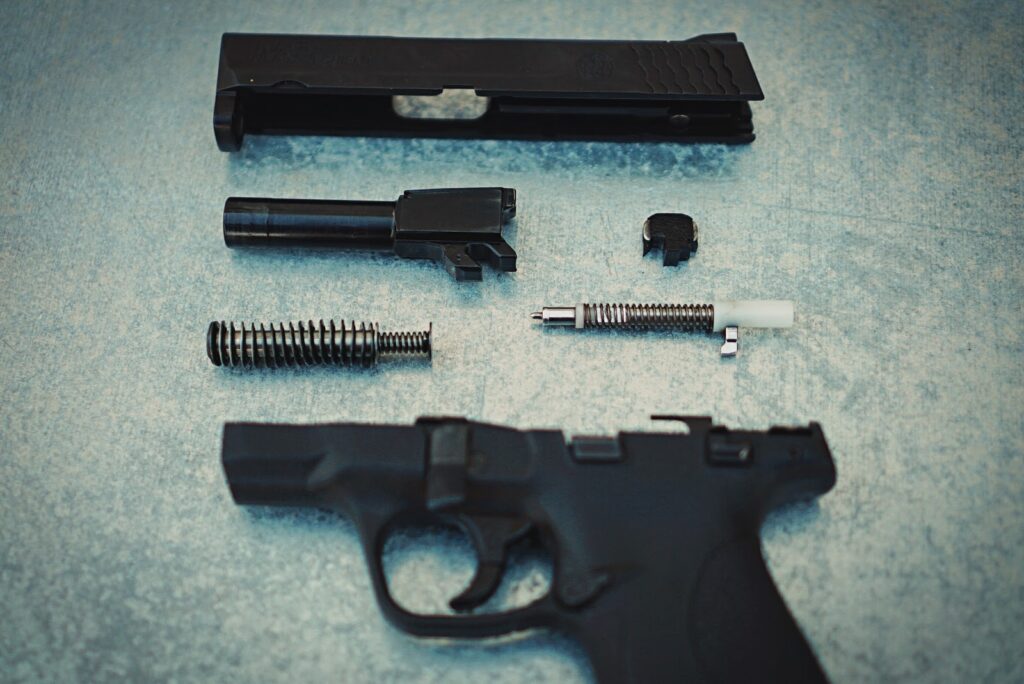 Popularized by Glock, the striker fired pistol is one of the most popular types of pistols on the market today.

The striker fired pistol differs from a hammer fired pistol in that it does not rely on a hammer hitting a firing pin to ignite the primer of the cartridge. Instead, racking the slide to chamber a round partially cocks an internal spring. When the trigger is pulled, this cocks the spring the remainder of the way, which causes the striker pin to hit the cartridge to fire the round. Other variations of the striker fired system fully cocks the striker spring when the slide is racked.

Some striker fired pistols come equipped with thumb safeties, trigger safeties, grip safeties, or any variation of the three; many, however, come with no safeties at all. Many shooters like the striker fired as a carry gun because of the lighter polymer frame they typically have; when it comes to smaller-framed guns, however, sacrificing that extra weight for the convenience of a lighter gun can mean a less-manageable recoil. When you combine the consistent trigger pull that is typically light and short with the simplicity of use, it’s no wonder that striker fired guns have become a staple at gun shops across the country. 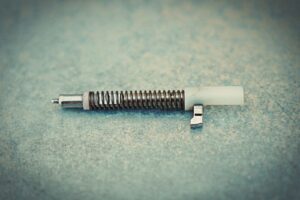 An issue of reliability comes into play when assessing strikers compared to hammer fired platforms: a striker fired gun typically shows more light primer strikes, commonly from operator error. It’s also important to note that if enough rounds are put through the gun, the striker spring may need to be replaced to keep the gun functioning correctly.

Choosing What’s Right for You 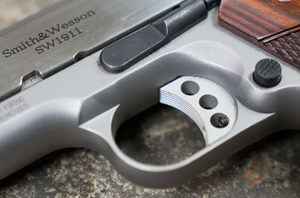 It is important to do your research; relying solely on what the firearms salesman says has landed many people with a gun that is not viable for their situation. I’ve unfortunately seen many trends in poor firearm selection, and it most commonly was a result of an uninformed salesman or friend/spouse whose intentions were good, but ultimately not in the best interest of the shooter.

A reputable instructor will be able to help you determine your needs and can give you an opportunity to test out some of the options available. It ultimately comes down to personal preference, and testing out as many different guns as you can get your hands on to see what you like.

Once you have made your selection, it is vital to familiarize yourself with your firearm and regularly take trips to the range so that you become proficient in safely handling and shooting it. Being a responsible gun owner entails not only being knowledgeable on your firearm, but also being conscientious that you are always following all of the firearm safety rules.