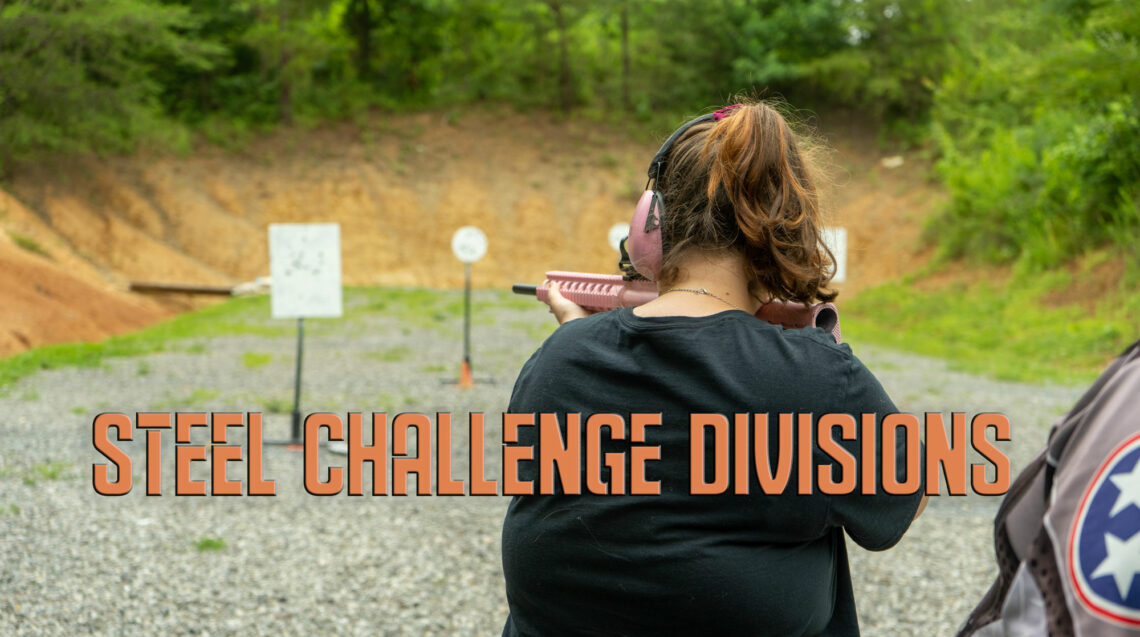 If you want to learn about the Steel Challenge divisions, you’ve come to the right place. The Steel Challenge Shooting Association is a competition in which shooters engage eight different arrays of steel targets. Steel Challenge offers a simplistic format, making it perfect for beginner shooters.

Before we jump in, we need to look at Steel Challenge’s primary difference from USPSA Divisions. Unlike in USPSA, Steel Challenge does not have a power factor requirement. Basically, this means that shooters don’t have to worry about how powerful their ammo is.

An enticing aspect of Steel Challenge is that there is a space for rimfire guns. Shooters can use both pistols and rifles chambered in .22LR. This makes the sport a great entry into the competitive shooting world for youth and novice shooters.

The rimfire pistol and rifle divisions are broken down even further into Open and Iron Sights. 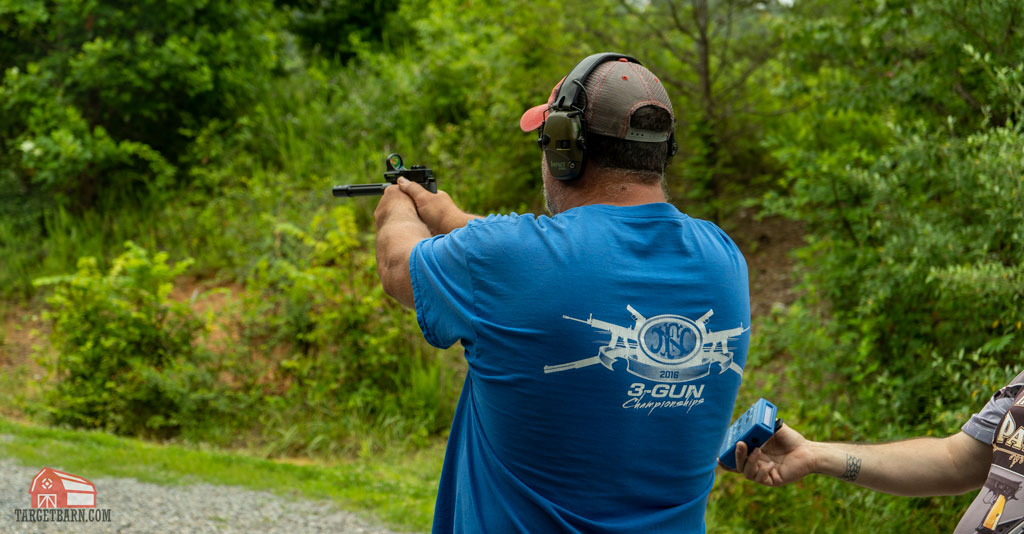 Rimfire pistol is a popular division to start in because of its affordability. Not only can you buy cheap .22LR ammo, but there are many affordable rimfire pistols as well. You’ll commonly see the Ruger MKIV and Browning Buckmark because they’re relatively affordable and reliable. On the higher end, you’ll find fancy, souped-up Volquartsen pistols blazing through stages.

Even if all you have is a Glock 44, you’re all set! Just be sure you have a pistol bag to carry it in and 5 magazines to use. You don’t even need a holster! Rimfire pistol, rimfire rifle, and PCC divisions all start from a low ready position.

You’ll need a chamber flag and some type of closed case or bag for transporting your rifle between stages.

Pistol Caliber Carbine, aka PCC, is for carbines that shoot pistol calibers, with 9mm being the most popular. Like the rimfire divisions, PCC is divided into Open (PCCO) and Iron Sights (PCCI) divisions.

Short barreled rifles are compensators are allowed, but suppressors are not.

Shooters use everything from heavily-modified PCC’s to stock KelTec Sub 2000’s. Even lever actions are legal as long as they aren’t front tube loading.

As with the rimfire rifle division, you’ll need a chamber flag and bag to transport it between stages.

This is the race gun division where shooters use heavily modified guns with frame-mounted optics. Shooters load up Open pistols with compensators to reduce recoil and use big magwells to aid in faster reloads.

Limited is a second race division, but for guns with iron sights. It is similar to Open, but doesn’t allow certain modifications like compensators, ported barrels, and optics. The most common guns used in Limited are 2011’s, but the rules allow a variety of guns like popular striker fired guns.

Production is the division for common guns without all the upgrades. The division allows double action and striker fired guns that are on the approved Production Gun List. If you’ve done any tinkering with your gun, you’ll want to read the Production rules before shooting in the division.

Shooters should note that you can only load magazines to 10 rounds total in Production. There are only 5 targets to shoot in a string, but if you have a few misses, you might need to have a reload ready. 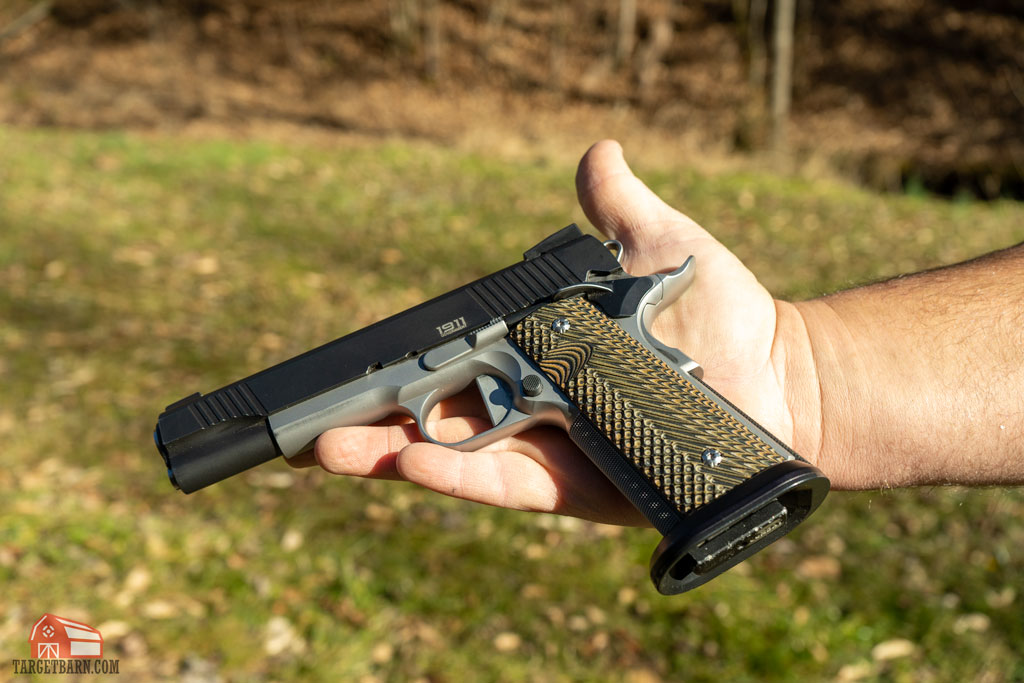 1911 shooters, this division is for you! Single Stack allows guns designed around the original 1911. They can be chambered in calibers other than .45ACP, but must have a metal frame and use traditional single stack 1911 magazines.

Steel Challenge breaks up Revolver division into Optic Sights and Iron Sights. Shooters can use any centerfire revolver. Though it’s not a popular division, it’s the division where wheel gun lovers belong.

The newest pistol division is Carry Optics, which is like Open division’s little brother. It allows double action or striker fired pistols with an optic mounted to the slide. The rules don’t allow certain upgrades, like comps and ports. We’ve covered the rules of Carry Optics in depth elsewhere.

Shooters interested in competing in a Steel Challenge match can probably shoot with a gun they already own. If we didn’t answer which Steel Challenge division your gun fits in, reach out to your local match and they’ll get you set up.