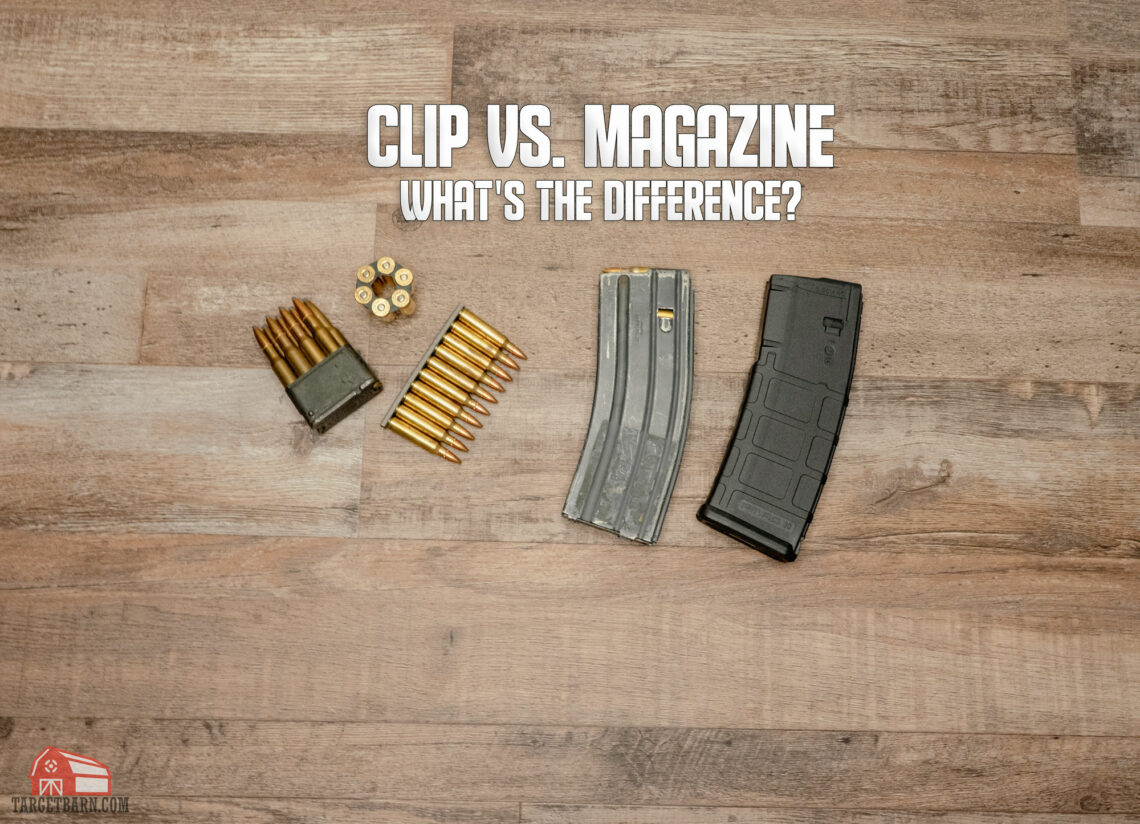 Clip vs. Magazine – What’s the Difference?

Clip vs. magazine: same thing, right? Well, if you’ve ever made the mistake of mixing up these two terms in front of a die-hard gun enthusiast, you probably quickly learned that they’re not interchangeable.

Today we’ll look at the differences between clip vs. magazine and why it matters.

Clip vs. Magazine: What’s the Difference?

When it comes to firearms terms, we want to be precise in our language. Nothing drives responsible gun owners more mad than when an AR-15 is incorrectly called an “assault rifle.” So why is that gun owners mix up the terms “magazine” and “clip” so often? In my time working at a gun shop, I heard many customers use the terms interchangeably. However, they play two different roles in the process of loading a gun.

Why do gun people get mad about clip vs. magazine? 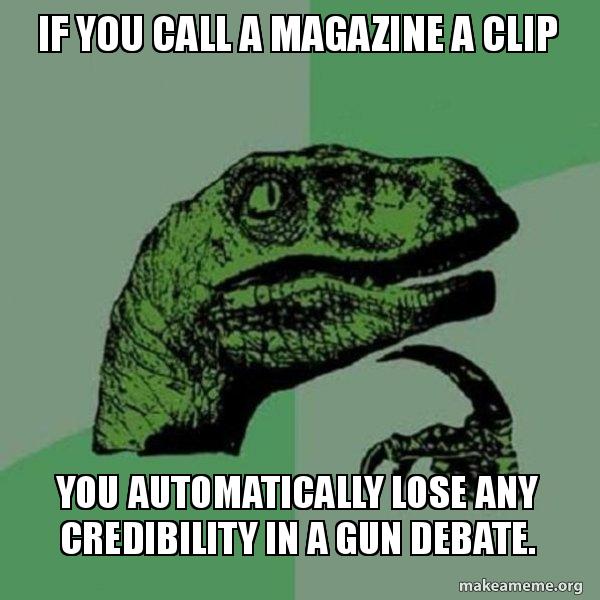 When you mix up the terms clip vs. magazine, it can be a sign that you’re not very knowledgeable about guns. When I worked at a gun shop, the customers who most commonly mixed up the two tended to be new shooters and shooters from older generations.

The vocab mix-up is similar to when shooters are shopping for entire ammo cartridges but only ask for bullets. If a shooter were to purchase bullets, they would be buying only one of the components of ammunition, and not a complete round. Typically, we know that when someone says they are “out of bullets,” they’re referencing the entire cartridge and not just the projectile. So, when you look at the big picture, misusing clip vs. magazine doesn’t really matter that much if everyone understands which you’re talking about. However, it could also mean not getting what you actually need.

So, if clips and magazines aren’t the same thing, what is a clip? Well, as we said earlier, a clip is a metal device that loads rounds into a magazine. It stores multiple rounds and makes the process of loading magazines much quicker.

The main types of clips are the stripper clip, en bloc clip, and moon clip.

Stripper clips are the most popular type of clip and hold ammo in a single row on a strip of metal. They are most often used to load internal box magazines but also can be used in detachable box magazines with the help of a magazine loader like the StripLULA magazine loader.

To load ammo from a stripper clip into an internal box magazine, the shooter inserts the clip into the magazine, and pushes the cartridges down in one motion. The rounds are “stripped” off the clip and the clip is removed either by the shooter or automatically by the bolt in most cases. With some firearms, like the Mosin-Nagant, the shooter must manually remove the clip.

With the en bloc clip, the shooters inserts both the cartridges and the clip into a rifle’s fixed magazine. Typically, after the last round is chambered or fired, the gun will eject the clip or it will fall from the rifle.

Ferdinand Mannlicher designed the first en bloc clip for his Model 1885, Model 1886, and 1888 rifles. However, many shooters will recognize the en bloc clip from the legendary M1 Garand rifle.

Previously we said that clips load ammo into magazines. However, when it comes to revolvers, there is no magazine, but instead a cylinder. Shooters use moon clips to load rounds directly into the revolver’s cylinder.

The moon clip is a circular-shaped device with notches for cartridges to snap into, typically holding six rounds. The entire moon clip, with cartridges, is inserted into the cylinder and stays there until the shooter is done shooting. When the shooter hits the ejection rod on their revolver, the moon clip with empty casings will fall from the cylinder.

While moon clips are a great tool in reloading revolvers at a high speed, they can also be a pain to load cartridges into and to remove spent casings from. That’s why many shooters prefer speedloaders over moon clips.

Tubular magazines are similar to internal magazines in that they are fixed to the firearm. However, instead of a box-style magazine, they use a tube, as their name implies. Tubular magazines usually feed rounds into the chamber using a spring and the gun’s action.

Tubular magazines are commonly seen in lever action rifles, some pump and semi-auto shotguns, and many .22LR rifles.

Clip vs. Magazine: Why the Confusion?

So, where does the vocabulary mix-up come from? Some theorize that the M1 Garand’s use in World War II is to blame. As we said before, the M1 Garand uses en bloc clips to load rounds into an internal magazine. When World War II vets came home from the war, many continued calling anything that loaded a gun a “clip.” This term stuck around and was probably passed down to their children.

Ultimately, using the correct terminology is never a bad thing, and when it comes to clip vs. magazine, using the right terms will make you more credible to fellow shooters.