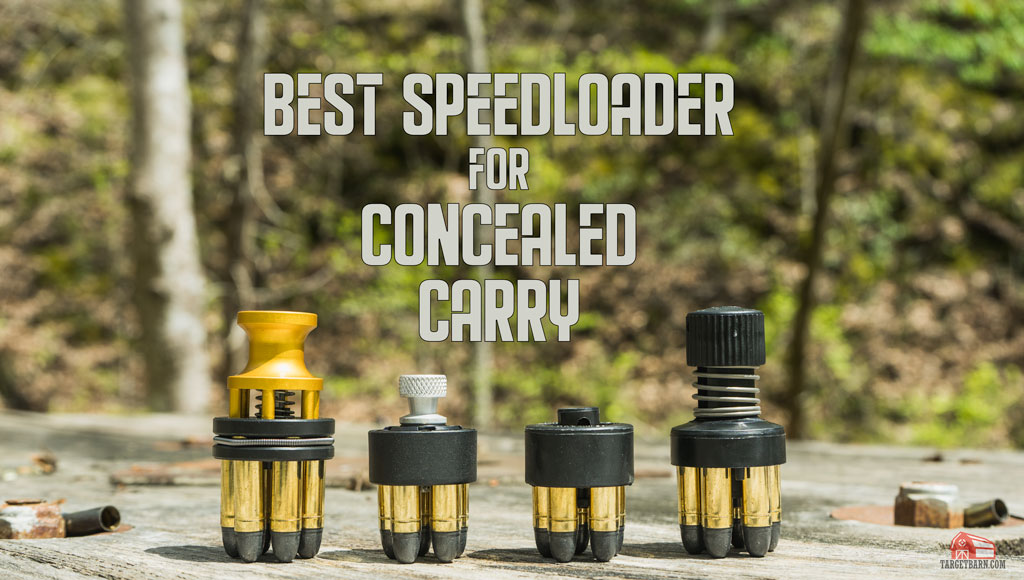 I’d like to think that revolvers are having a bit of a resurgence right now, but if I’m honest that’s selection bias on my part. I’m a revolver enthusiast and I hang out with other enthusiasts, so our circle is pretty small. But still! Enough people are interested in what is the best revolver speedloader for concealed carry that it’s worth doing an article on. 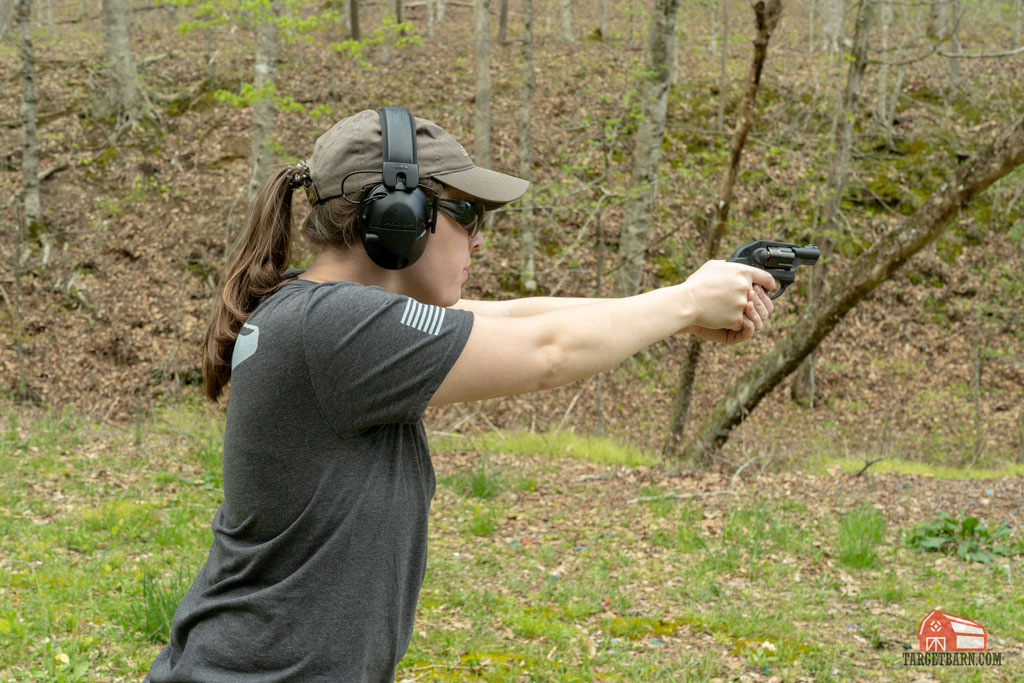 When you ask a question like “what is the best speed loader for concealed carry” it’s temping to pick one or two models and say “here you go.” But what’s proper is looking at the available options and explaining their pros and cons. With that in mind, we’ll look at the following revolver speedloaders: 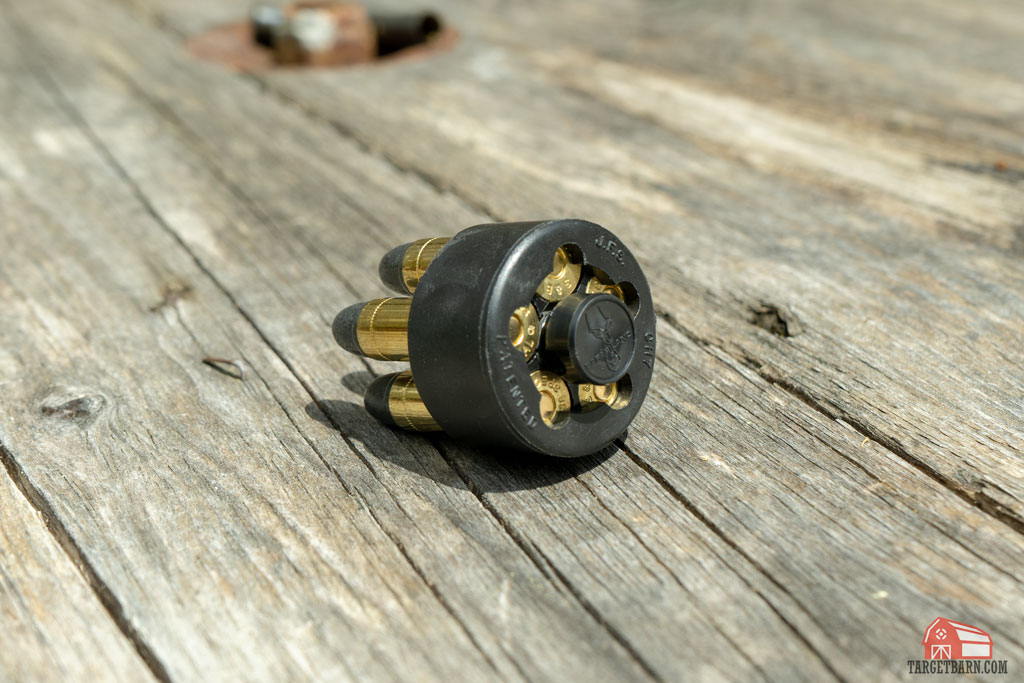 T​he best speed loader for concealed carry, in my opinion, is the Safariland Comp I. You can get it for any carry gun you want, as long as that carry gun is a S&W J-frame chambered in .357 Magnum or .38 Special. It should also work with a Ruger SP101. Technically, it’s also available for some large N-frame guns in .44 Magnum, but no one, except for lunatics, is carrying those.

The Comp I is a small speed loader, so it fits handily in a pocket for concealed carry. Unlike the HKS, it uses a direct push release method, so it can be used with either hand, and the cylinder doesn’t need to be held still. Simply line up the cartridges with the charge holes, push the body of the loader until it clicks, and gravity does the rest.

Safariland makes two other sizes of speed loader. The Comp II is larger than the Comp I, and designed for 6 shot guns like K-frames, L-frames, and the Ruger GP100. The Comp III is Safariland’s competition model, fitting the same guns as the Comp II, but with a longer body to make it easier to grip. The longer grip on the Comp III also holds a spring, which pushes the rounds into the cylinder, eliminating the need to rely on gravity.

Of the three models, the Comp I is the best suited for concealed carry. The Comp III is my personal favorite, but it is really better suited for duty or competition use. 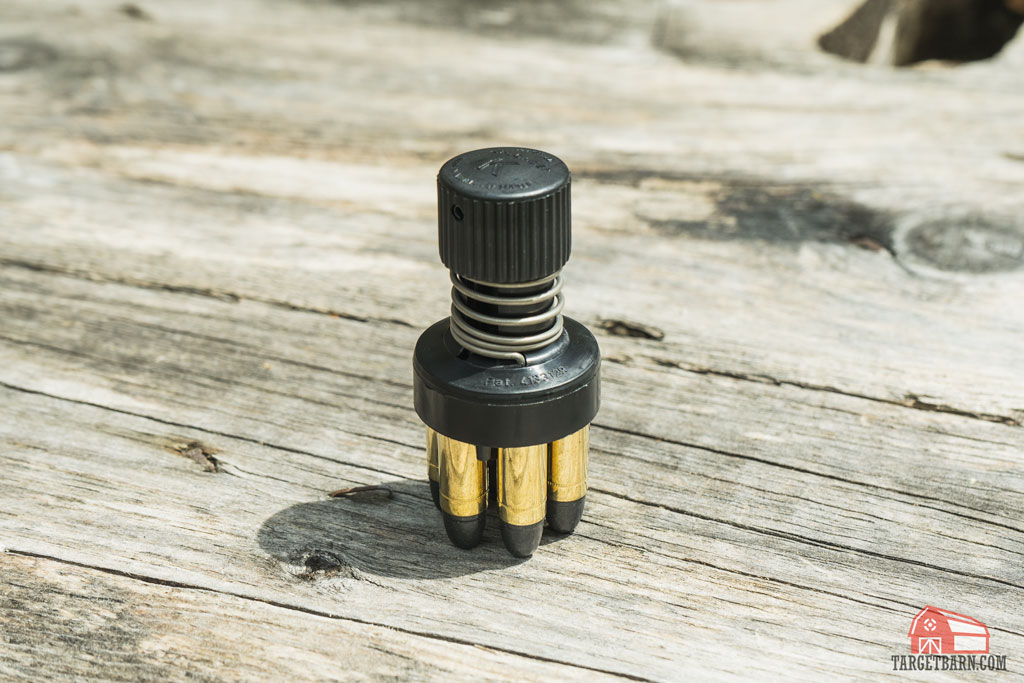 T​he next choice, and one that is loved by revolver enthusiasts, is the Jetloader. The Jetloader works the same as the Comp III, using a spring to propel the cartridges into the chamber. Smaller in form factor than the Comp III, it works for concealed carry pretty well.

The drawbacks to the Jetloader is that it’s available for a limited number of guns, and is relatively expensive, costing around $30. They really are one of the fastest loaders on the market. 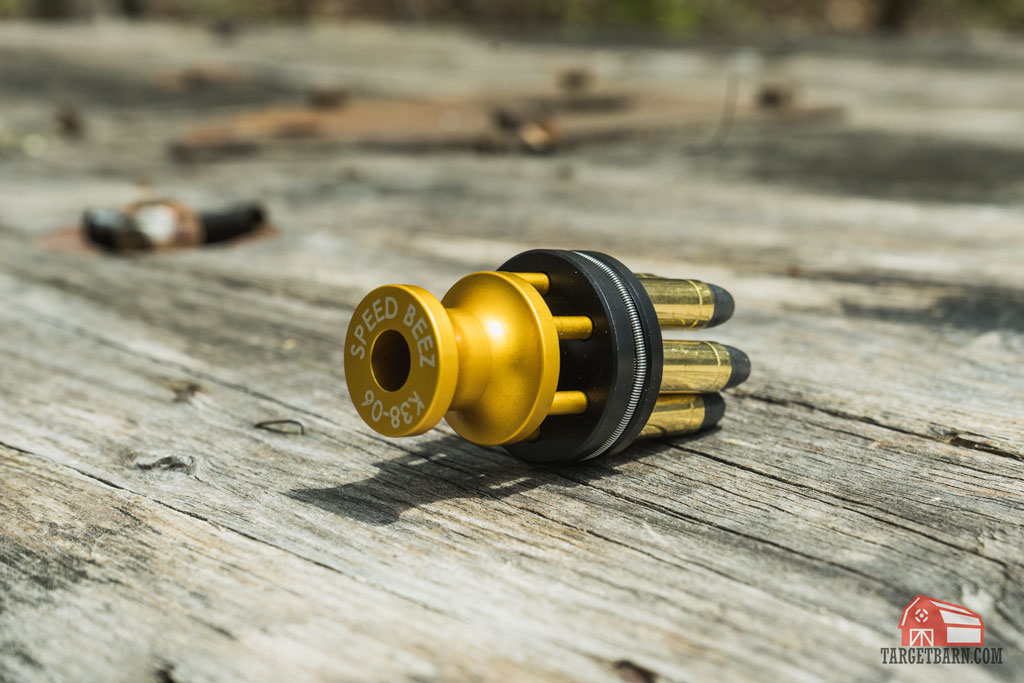 F​inally, we’ll talk about one of my favorite products, the Speed Beez Loader. This is based on an older design called the Dade loader. It retains the cartridges by their rims and uses a spring to propel them into the chamber. The guys at Speed Beez have also produced the loader for a staggering number of guns. You can of course get them for the standards, J-frames, GP100s, Ruger LCR, etc. However, you can also get a Speed Beez loader for any of the following guns:

And that isn’t even a complete list of their offerings. Speed Beez has the most comprehensive catalog of revolver speed loaders out there, so if you’re looking for a loader for your Rossi Circuit Judge, they have it.

There are two drawbacks to the Speed Beez product: its cost and its durability. When dropped, they will frequently dump some or all of their rounds out, and they’re around $40 to buy. However, they’re incredibly fast, and if kept in a pouch or alone in a pocket they’ll do a fantastic job. When I carry a reload for my 351PD or Ruger LCR it’s in a Speed Beez speed loader. 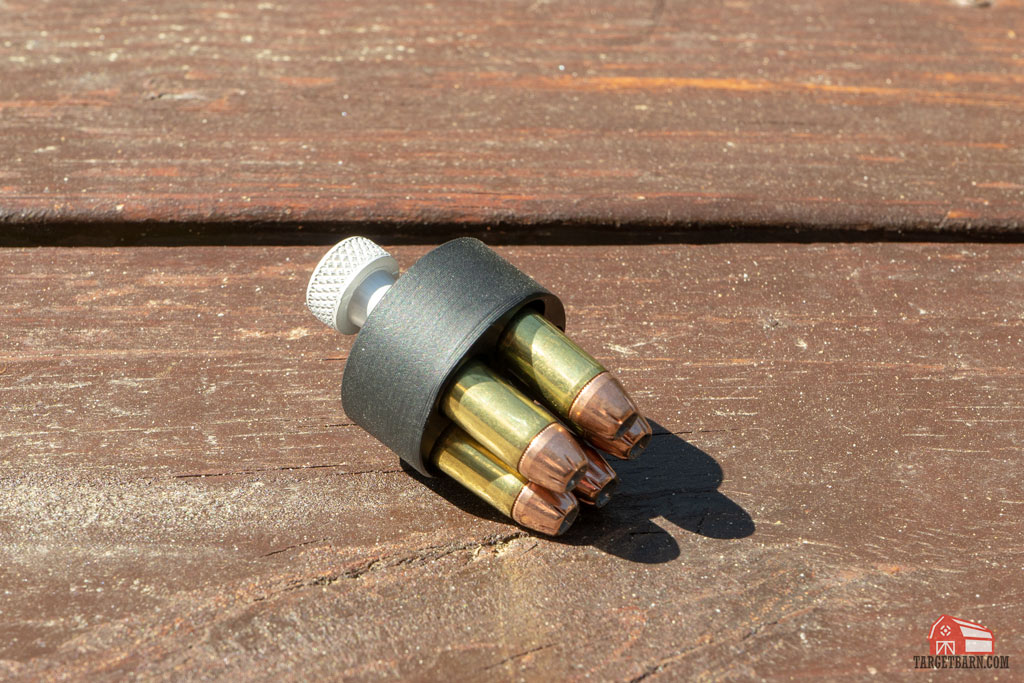 The HKS is the most popular speedloader you will encounter. One of the biggest advantages to HKS loaders is how secure they are. HKS Speedloaders hold the cartridges secure and of all the mass market speed loaders, they are the least likely to “lose” a round. They’re simple, robust, affordable, and available for a variety of revolvers.

The drawbacks to the HKS products are that they have no spring assist, so the rounds need both gravity and an unfouled chamber to seat. Because they use a twist knob release, they also require the shooter to immobilize the cylinder during the reload. The result of these drawbacks is that they are slow to use. 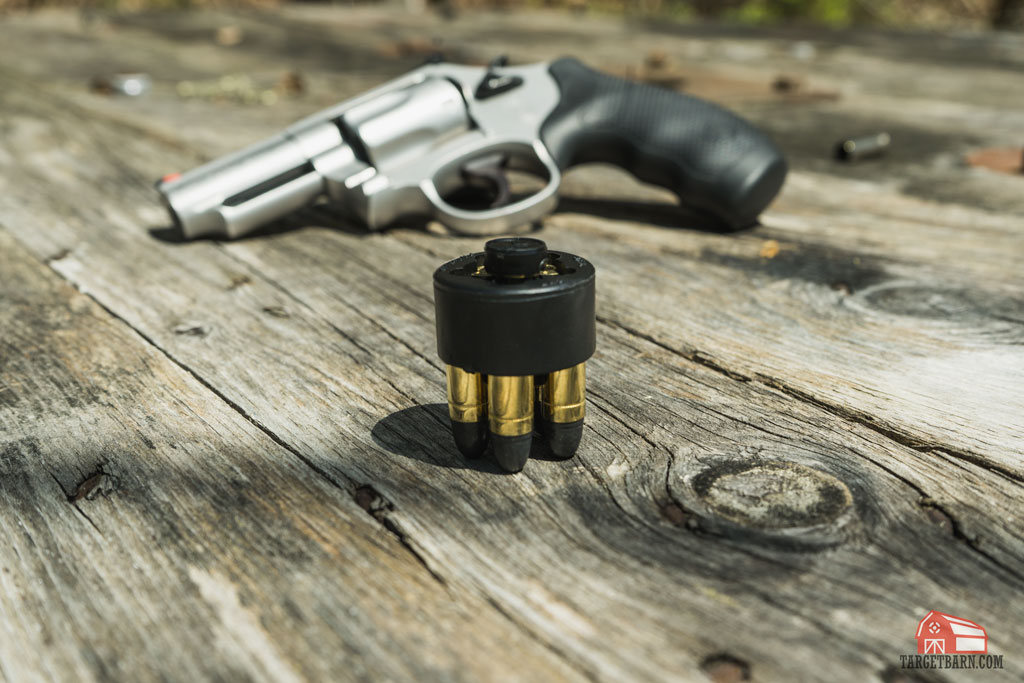 With all that being said, the best revolver speedloader for concealed carry is still the Safariland Comp I. While it might not be the one I like the most, it has the best combination of price, availability, and user-friendliness. As long as your carry revolver is something normal like a J-frame or a Ruger SP101, they have got you covered.