TMJ Ammo – What Is It and Why Use It?

A total metal jacket bullet or TMJ ammo is a bullet that is fully encapsulated by a jacket. Shooters use these rounds for range training as they have similar ballistic properties to full metal jacket or “ball” ammo. 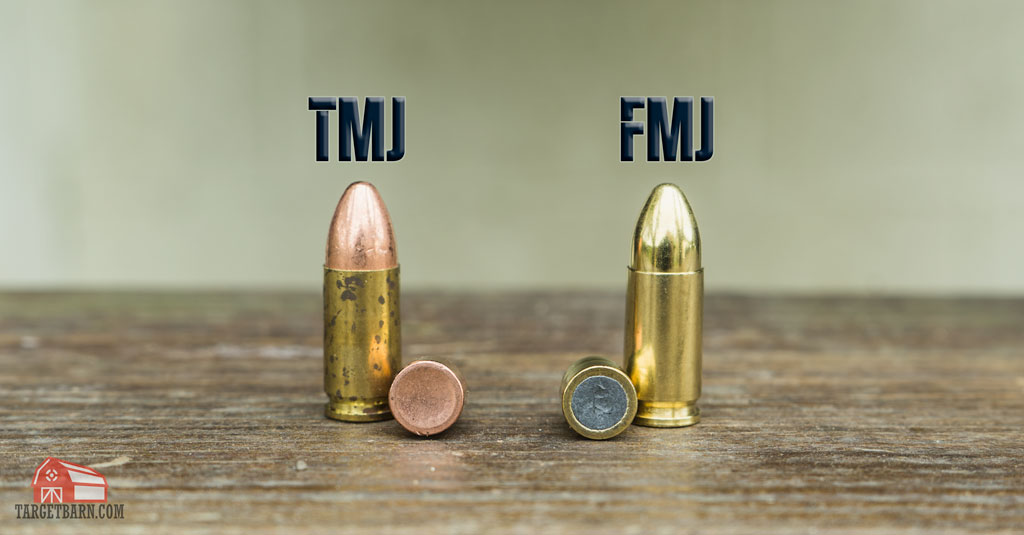 A total metal jacket bullet might also be referred to as an FMJ-FEB, where “FEB” stands for “fully enclosed base.” This is to differentiate it from common FMJ ammo, where the jacket covers all of the projectile except for the base. TMJ bullets have a copper jacket that fully encloses the entire bullet, including the lead base.

I know you’re thinking, “okay that’s neat but also who cares and why?” Well, the big advantage of TMJ bullets is that they’re safer for use on indoor ranges. When you fire a traditional FMJ bullet, some of the lead from the exposed base of the bullet vaporizes into the air. You inhale that into your lungs, which gets into your bloodstream and eventually makes your kid get born with three arms or flippers. On indoor ranges, this can be a problem and can bump up your blood lead levels pretty rapidly. TMJ bullets don’t have that problem, because the enclosed base prevents the propellant from vaporizing lead.

TMJ bullets are also cleaner in your gun. Again, because they don’t have an exposed lead base, they’re not spreading molten lead down the barrel when they’re fired. This is a nice feature for shooters who run exceptionally high round counts for training. Speer makes their Lawman line of training ammo with a total metal jacket specifically to address leading in high round count LE guns. 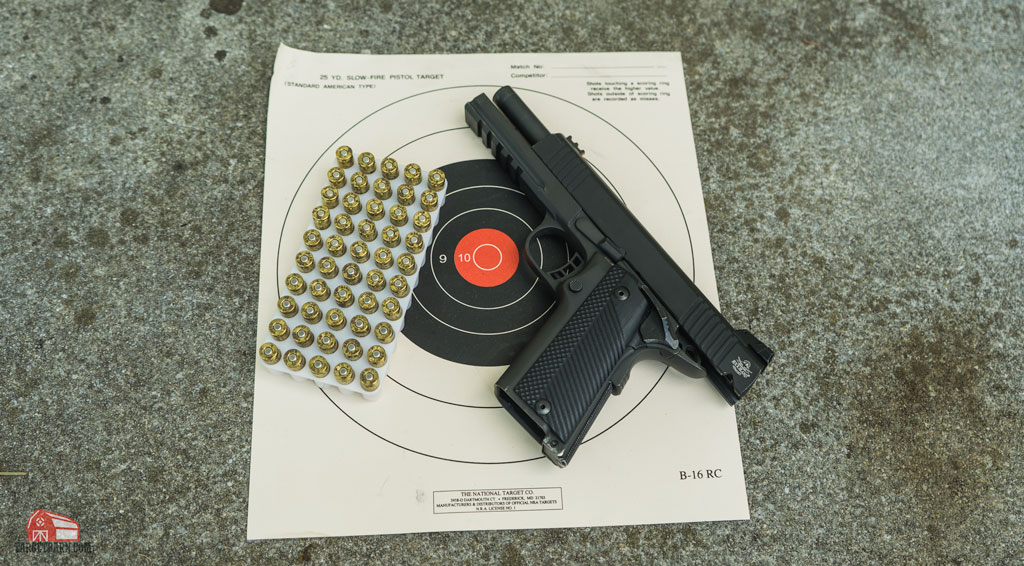 Unlike a traditional FMJ bullet, TMJ bullets are electroplated. Electroplating is…science that I don’t really understand, but what it does is evenly deposit a layer of copper over the entire lead bullet. The jacket on a TMJ bullet is, by necessity, thinner than a traditional FMJ jacket, but it also more uniform. This uniformity makes TMJ bullets inherently more accurate than similar FMJ projectiles — a feature that’s valuable to LE and competition shooters.

The primary reason to use a TMJ bullet is, as mentioned, lead mitigation. Despite the earlier joke, high blood lead levels are no laughing matter, and can lead to a number of serious health issues. In men, elevated BLLs can lower your sperm count, and in women they can induce stillbirth and miscarriages. This is in addition to causing joint pain, fatigue, memory loss, and a real nasty list of other bad things. Controlling blood lead levels is so important that some indoor ranges ban the use any ammo that has exposed lead, including traditional FMJ.

In fact, that was the original reason that Speer started offering their Lawman line of ammo with TMJ projectiles. Many LE agencies train on indoor ranges during the winter season. Administrators are rightly concerned about managing their cops’ blood lead levels because of this. In response to this concern, Speer developed their Lawman line with the TMJ. It remains their most popular non-JHP product today. (It’s also our best selling TMJ ammo.)

TMJ bullets are an excellent tool for reducing inhaled lead during shooting. They’re great for recreational shooters, LEO, and competition shooters alike. They’re also cleaner for your gun, which is a nice win-win. Cleaning guns is boring, and TMJ projectiles mean you have to clean less. Even worse than cleaning guns is having to do chelation therapy to lower your BLLs.

If you spend a lot of time on indoor ranges, seriously consider switching to all TMJ rounds. After all, you don’t want to end up shooting blanks, right?