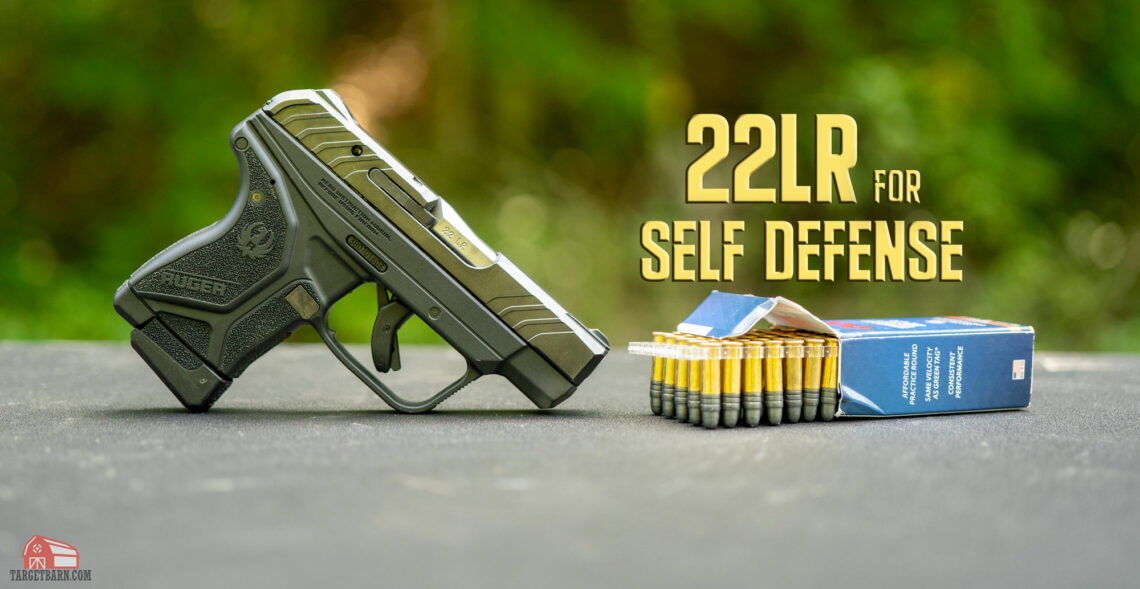 22LR for Self Defense: Why It’s A Bad Idea

We’re going to get something out of the way right up front with this article: using a 22LR for self defense is not the best choice. It is certainly a choice, and there are some use cases where it almost makes sense. However, if you’re trying to figure out what the most powerful 22LR round is and your goal is personal protection, you’re on the wrong road.

Having said that, let’s examine a couple of potential use cases for 22LR as a self or home defense round, and then what to look for in different loads to maximize its effectiveness. Also, let’s ditch the notion entirely of finding the most powerful 22LR round. Instead we’ll focus on the best choice for self defense. To do that, we need to have a very clear understanding of projectile wounding mechanics.

In this case, a 22LR is going relatively slow, even out of a rifle. That means the only wounding mechanism available is the permanent crush cavity. In layman’s terms, a 22LR projectile must physically touch tissue to damage it. Knowing that, our primary goal for a 22LR defensive cartridge is one that will penetrate deep enough to reach vital structures like the heart, aorta, and spine.

22LR Rifle for Home Defense: A Case for 22LR 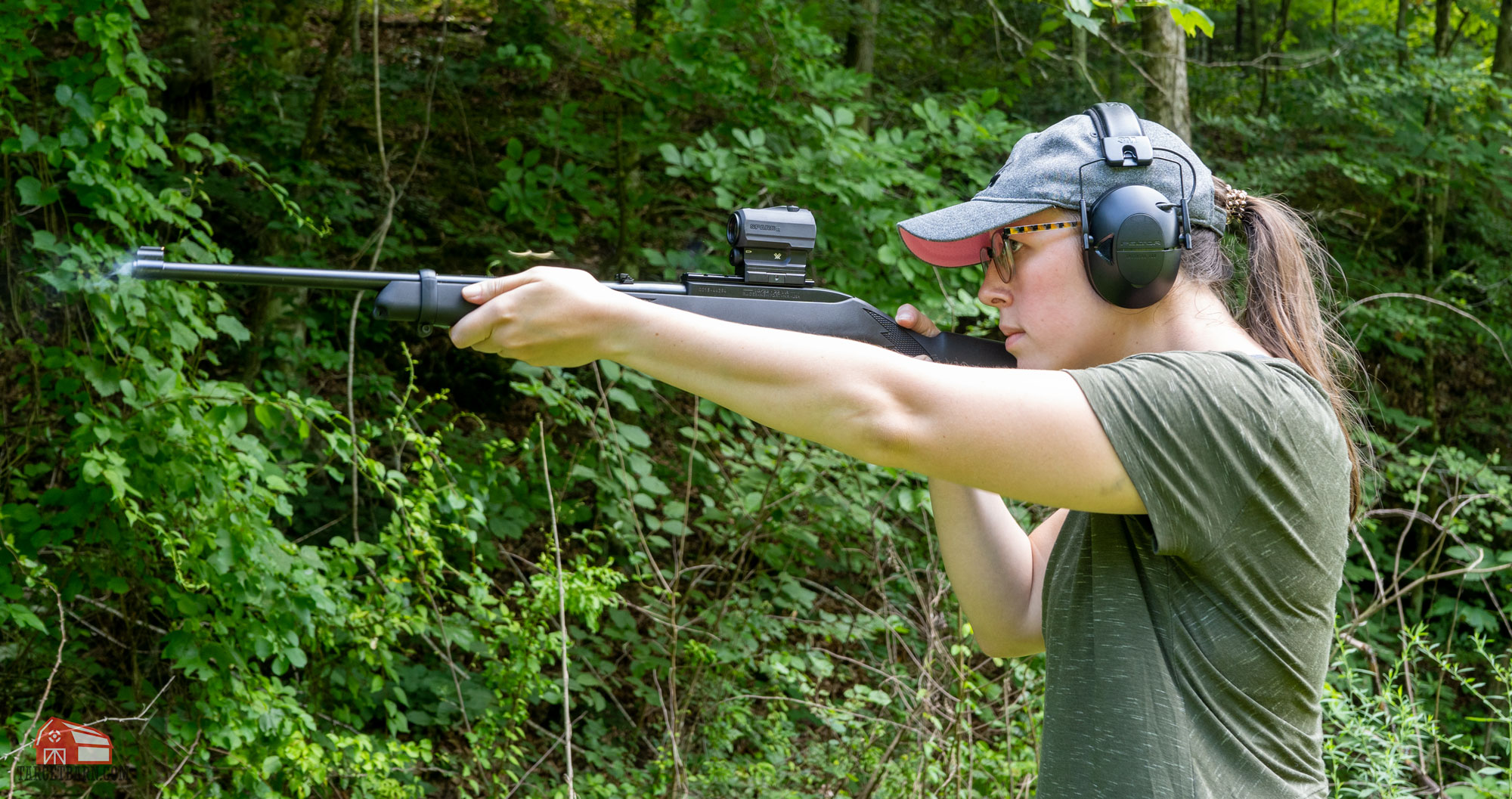 Now before we start looking at rounds, let’s examine potential use cases and platforms.

The best case one can make for a 22LR for personal defense is out of a small, lightweight rifle and used by someone who, for whatever reason, lacks the strength, training, or ability to use a more effective platform. It could be age (very old or very young), lack of strength, or just extremely recoil sensitive, but for whatever reason this fictional person cannot operate a full size AR15 or a similarly sized pistol caliber carbine.

The reason we’re going with a 22LR rifle for this person is rifles are easier to shoot well, and the longer barrel will also maximize what little ballistic potential the 22LR has. 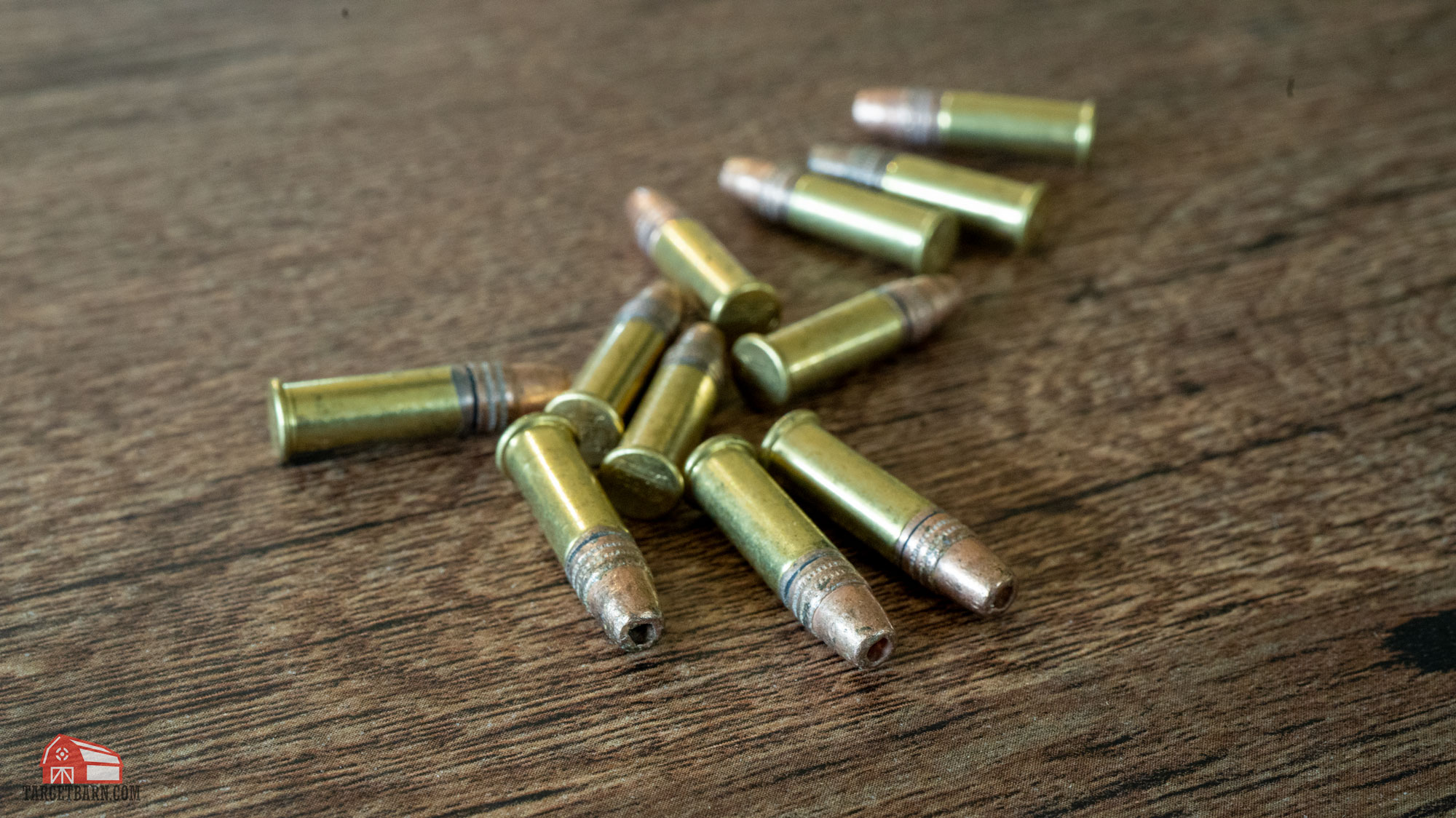 On to projectile selection. Right off the bat, we want to avoid a round like the CCI 40 grain segmented hollowpoint. These style of rounds are devastating…to tiny animals. The bullet breaks up into three pieces, each which as a separate projectile, and will absolutely ruin a squirrel’s day. On a human, they do the same thing…except each individual petal stops after 1 or 2 inches of penetration, and doesn’t come anywhere near doing sufficient damage.

The same goes for other 22LR hollow points – if they expand, they don’t penetrate deep enough to strike critical structures.

What is the Most Powerful 22LR Ammunition?

So, if you’re wondering what the most powerful 22LR for self defense is, here’s your answer. Humble 40 grain lead round nose bullets, like the CCI Standard Velocity 22 LR Ammunition. In fact, if I was buying 22LR for self defense, that would be my first choice. Another good choice would be Federal AutoMatch Target 22 LR Ammunition, which like the CCI is a 40 grain lead round nose going around 1000-1200 feet per second. Out of a rifle, that will defeat 4 layer denim and penetrate deep enough to hit the goodies that stop fights.

The reason we’re going with a 40 grain solid is because it does the job. On small animals, people stopped using those rounds specifically because they over penetrate squirrels. But if we’re not shooting squirrels, then that penetrate suddenly becomes a virtue, not a vice.

Another round that meets the profile we’re looking for is the Wolf Match Target 22LR Ammunition. It’s a 40gr solid making about the same muzzle velocity as our other two choices. The one concern with Wolf is that brand doesn’t have the reputation for reliability that Federal and CCI enjoy. That’s why those are the first two recommendations.

Why You Shouldn’t Use 22LR for Self Defense 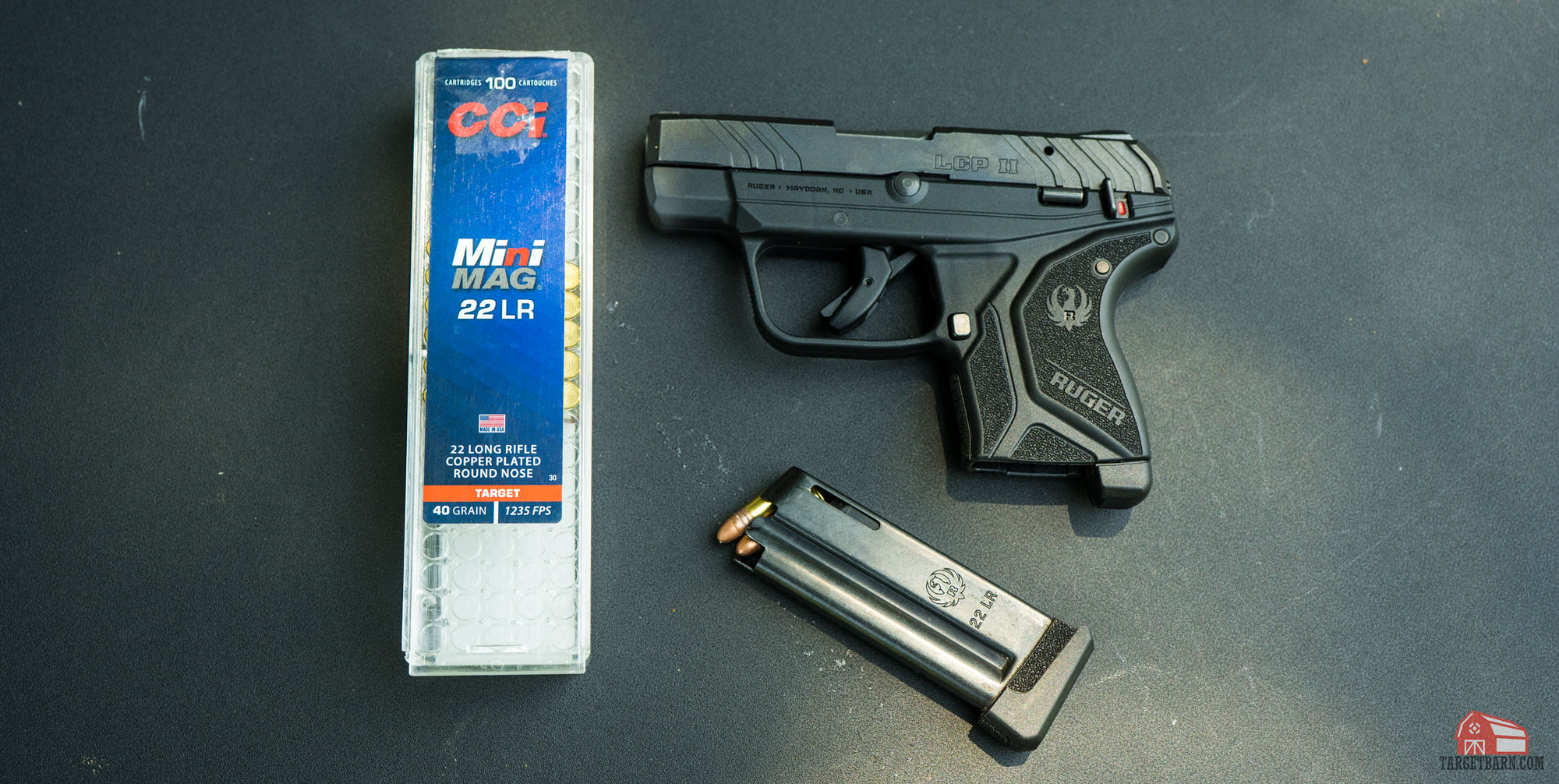 Carrying a 22LR or using one for home defense isn’t a good idea. While it’s certainly better than a sharp stick in the eye, even the most powerful 22LR load is anemic compared to even a 32 ACP. Unless it’s literally your only option, don’t use a 22LR.

For comparison: the CCI Mini-Mag 22LR Ammunition uses a copper plated 40 grain solid. It’s going 1235 FPS, which gives us a power factor of 49.4. By comparison, a 71 grain 32 ACP FMJ has a power factor of 64. Your average factory 9mm round has a power factor around 130. A round with a low power factor, like the 22LR, may result in a lower penetration depth and expansion. Ideally, you’d like a penetration depth of 12 to 18 inches and bullet expansion that creates a larger wound channel. Because of this, the 22LR will probably be less effective than a larger caliber loaded to do the job, like the Federal 9mm 147gr. HST.

Is 22LR Good for Self Defense? 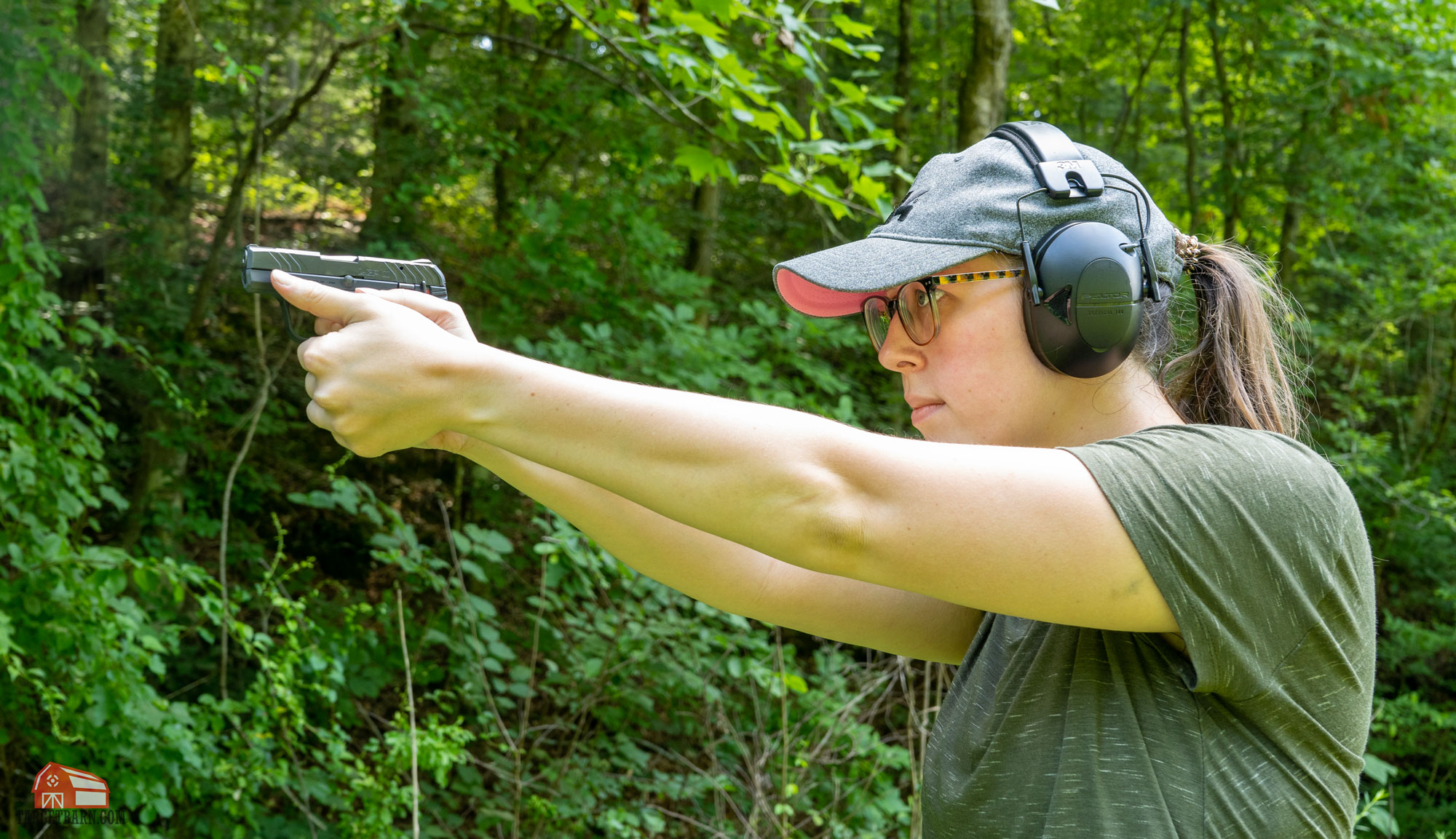 22LR, even the most powerful, isn’t really powerful enough. Sure, mag dumping 20 rounds into a home invader’s chest is going to ruin his day. But you know what would do that job just as well without having to pray your rimfire rifle works for 20 rounds? A 12 gauge shotgun.