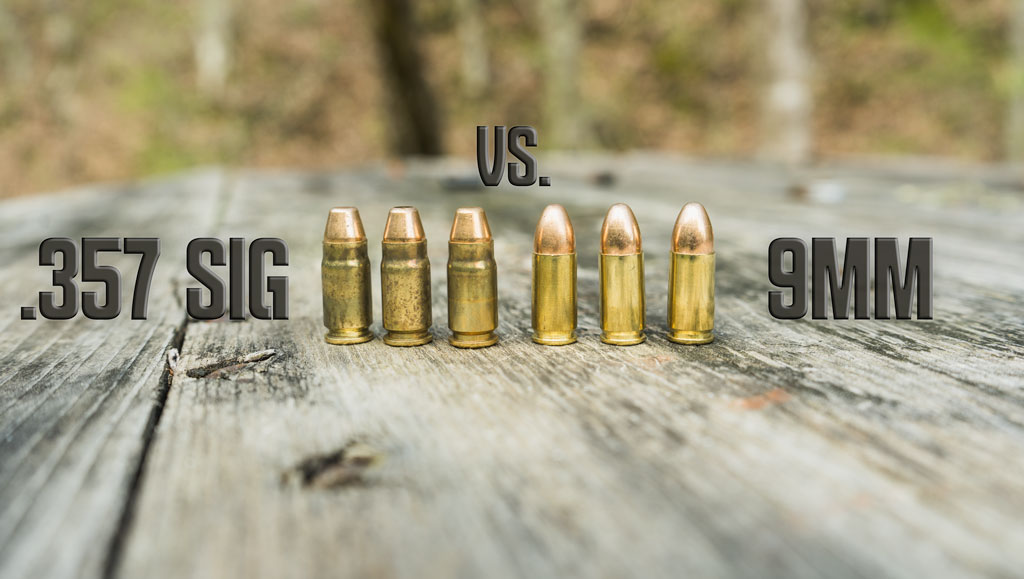 If you’re asking what’s better between “9mm vs .357 Sig,” what you’re really asking is “which 9mm is better?” A 9mm in a normal 9mm case, or a 9mm in a bottlenecked .40 S&W case? That being said, 9mm vs .357 Sig is worth exploring, if for no other reason than to crush some ballistic myths. 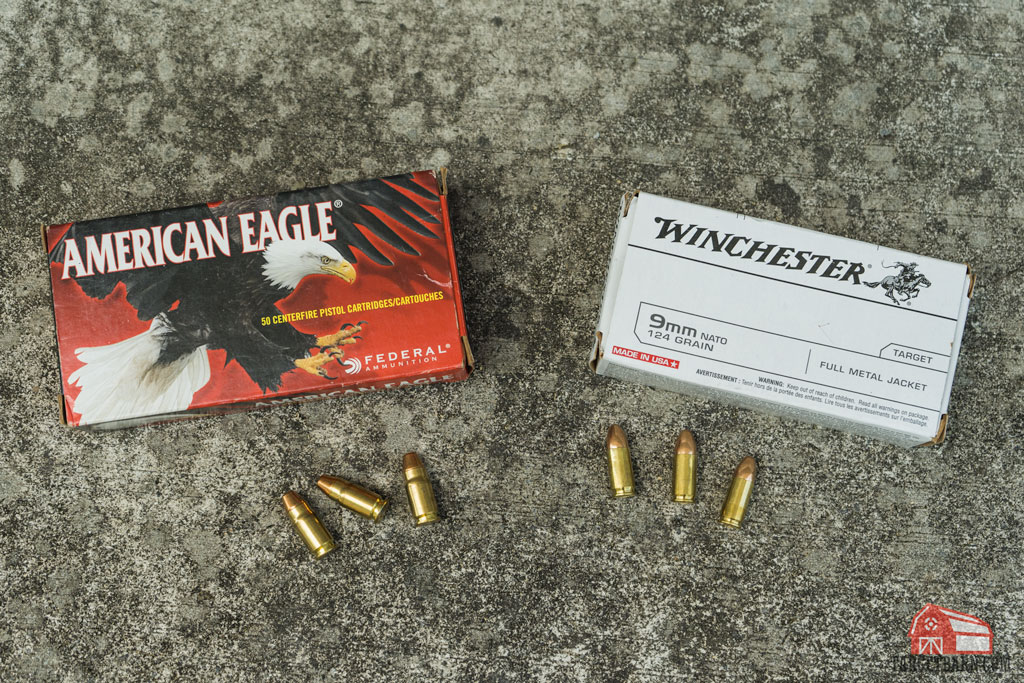 To start we need to look at the history of each cartridge.

In comparison to 9mm, .357 Sig is a baby. It hit the scene in 1994 as an answer in search of a question. Alright, that may be a little rude. Technically, it was introduced to reproduce the terminal ballistics of a 125 grain .357 Magnum hollowpoint, but out of a semi-automatic pistol. It accomplished this by taking a 9mm bullet (.355 diameter) and sticking it in a necked down .40 S&W case. Able to hit 1400+ feet per second out of a proof barrel, it certainly accomplished its goal of reproducing the on-paper ballistics of the .357 Magnum. 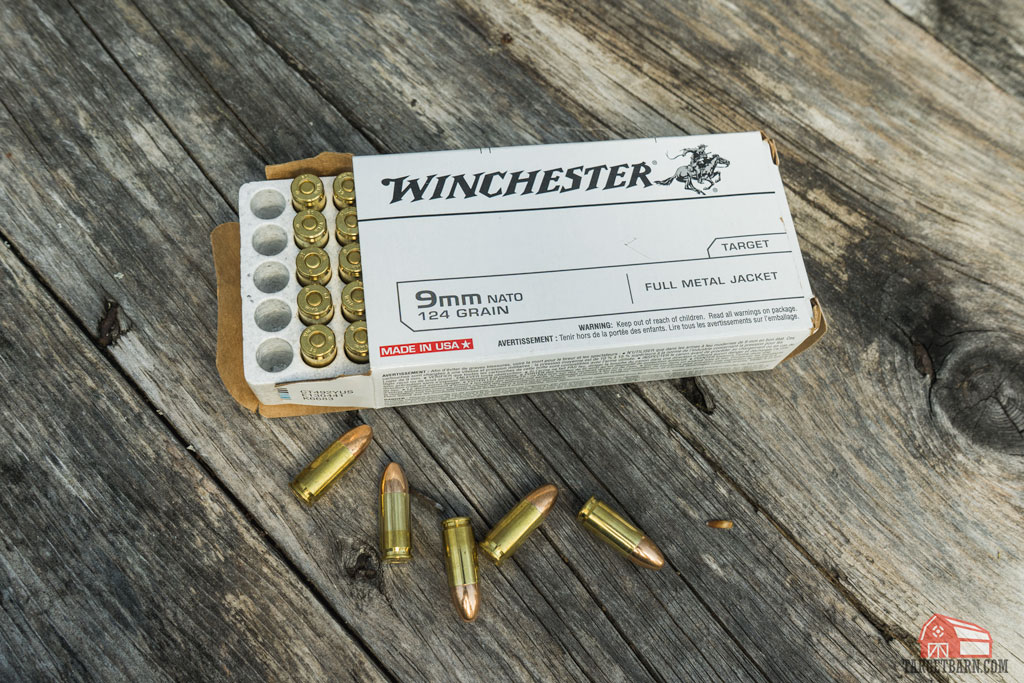 I don’t feel like we need to tell you the history of 9mm ammo, other than there are entire graveyards full of bad dudes who have been killed by 9mm, and that every argument to get “more stopping power than a 9mm” had nothing to do with the 9mm’s terminal performance. But since it’s easier to buy new cartridges than teach people to shoot better, we got the 10mm, then the .40 S&W, then .357 Sig. To quote a colleague of mine, “it’s like everyone learned the wrong lessons from the Miami gunfight and now we have more calibers.”

But let’s get back to the question of .357 Sig vs. 9mm, and ask ourselves this. What can we do with a .357 Sig that we can’t do with a 9mm? Well…uh…they’re both pushing .355 diameter bullets north of 1100-1200 FPS, and both with the correct load will meet or exceed the FBI’s ballistic performance standards. However, with the .357 Sig you also get fewer rounds in the magazine! That’s…nice? Although, if you recall from an earlier piece about Major and Minor Power Factor in USPSA, one thing you can do with a .357 Sig is make Major Power Factor easily with factory loaded ammo. Of course, you can also do that with a .40 S&W. 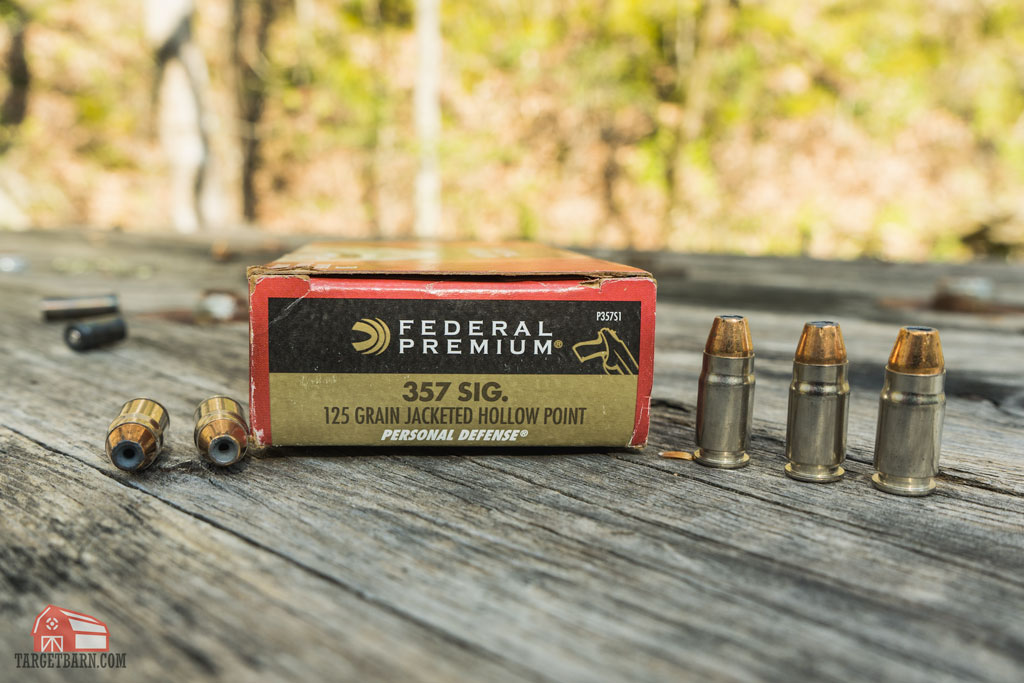 With the 9mm HST, all five rounds met or exceeded the FBI’s penetration guidelines of 12-18 inches. They expanded to around 0.60 inches. The muzzle velocity for the 9mm was 1135 FPS. The 125gr HST in .357 Sig also met the FBI’s penetration guidelines. The rounds expanded to about 0.60 inches, but had a higher muzzle velocity of 1300+ FPS.

What that all those numbers mean in layman’s terms is that all you get with .357 Sig is a round that costs more money, for no improvement in terminal ballistics. 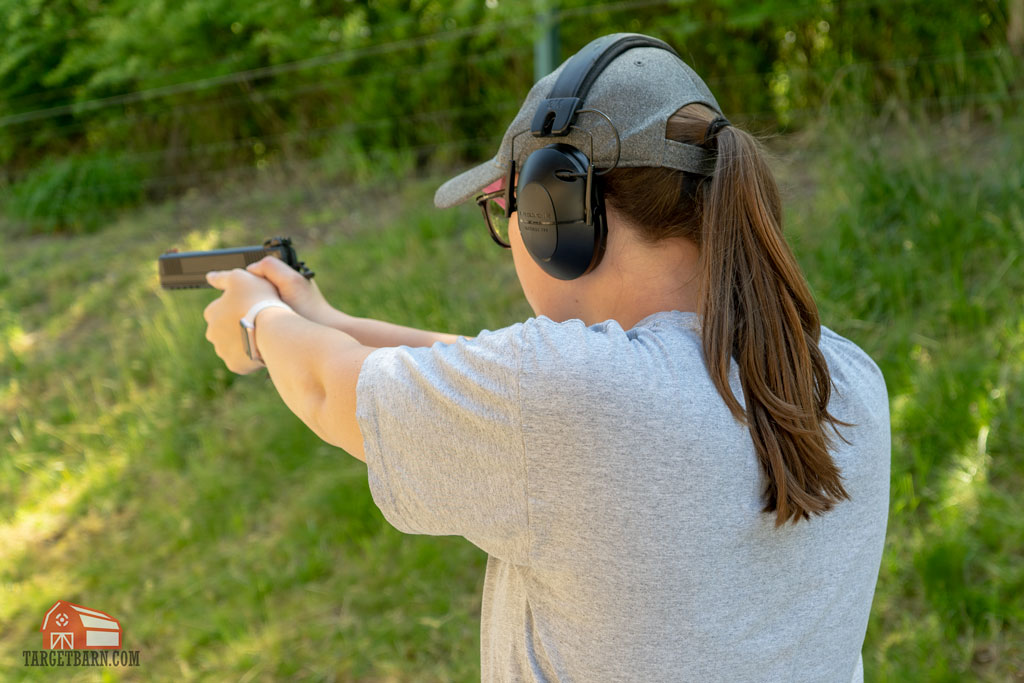 However, there is one HUGE advantage to .357 Sig over 9mm. If you’re reading this in the future, right now the world is in the grips of the COVID-19 outbreak. As a result, shooters have stripped bare gun stores and online retailers of 9mm ammo. People are worried and they want to stock up. Because of this, 9mm is the first centerfire pistol caliber to go. There is still plenty of .357 Sig out there. Therefore, you could make a use case for it as a crisis-stockpiling resistant caliber. I have a friend who keeps a .357 Sig Glock for just this reason. 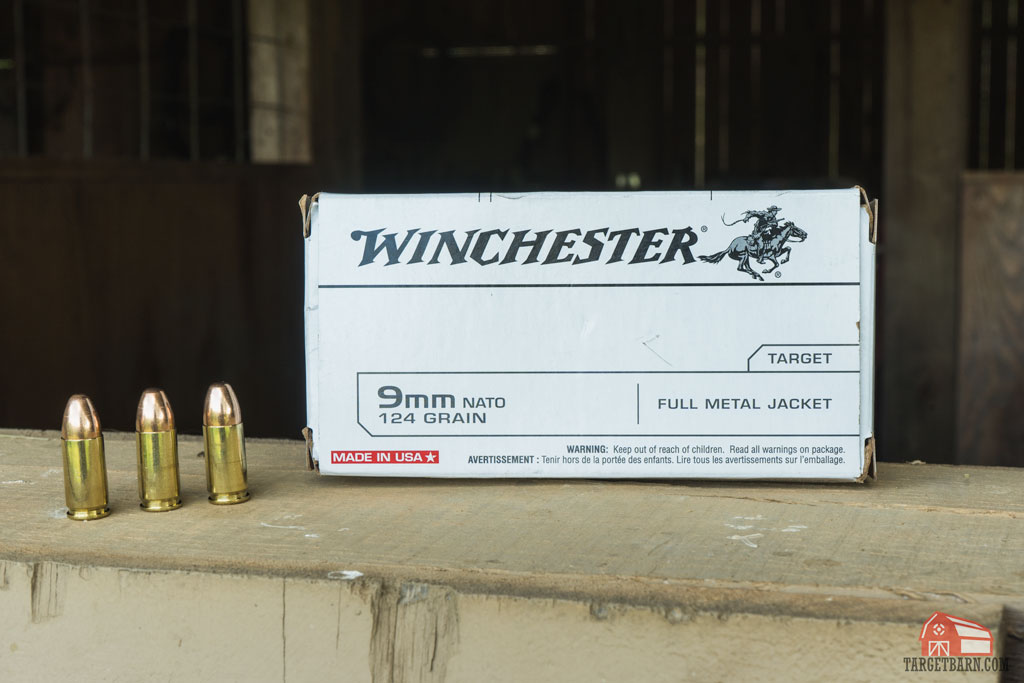 Unfortunately, availability during an ammo run is about the only reason I can think of to recommend .357 Sig. It doesn’t outperform 9mm in credible ballistic tests, it costs more, the mags hold less ammo, and (I’ve seen this happen) if you’re not paying attention you might buy .357 Magnum ammo on accident for your .357 Sig. In my opinion, in the case of 9mm vs. .357 Sig, 9mm is the clear winner.