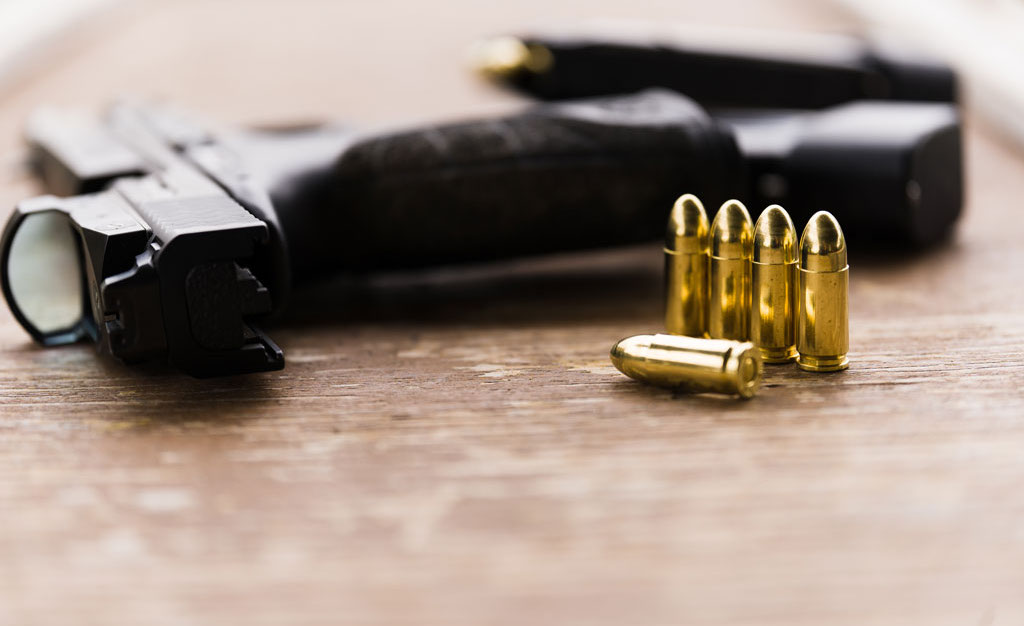 Full transparency here, I am not a ballistics expert, but I do make it a goal to always be learning. I have most recently been exploring competitive USPSA shooting, on a journey to learn the distinctions between rounds within the firearms community.

There is no substitute for being able to execute your marksmanship fundamentals on-demand.  Whether you are using your new Blaster2000 with supremely high tech rounds, or your old trusty revolver, a hit is still a hit, and a miss is still a miss, regardless of WHAT you are shooting.

That aside, if I were to take a look at the type of ammunition the average shooter plinks and does drills with, in comparison to what kind of rounds they use defensively, I’d put money on the fact that there would be two different types of ammunition used. In the above scenario, it can be broken down into non-defensive vs defensive.

Full Metal Jacket ammo, or FMJ for short, is a bullet style that uses a soft core, commonly lead, surrounded by a casing of harder metal. It is most commonly used as range rounds and not for self-defense purposes. Keep reading to learn more about FMJ bullets and its uses.

The FMJ was invented in 1882 by Swiss Colonel Eduard Rubin while he was working for the Swiss Federal Ammunition Factory and Research Center.

“The use of full metal jacketing in military ammunition came about in part because of the need for improved feeding characteristics in small arms that used internal mechanical manipulation of the cartridge to chamber rounds as opposed to externally hand-reloading single-shot firearms. The harder metal used in bullet jackets was less prone to deformation than softer exposed lead, which improved feeding.”

The consensus within the firearms community would agree that FMJ rounds are best for any bulk volume or high round count shooting (i.e., competitive shooting sports, general practice, and drills). Alternately, you will then see the majority of concealed carriers, using jacketed hollow point rounds for defensive purposes.

Even though statistically, the majority of carriers will not need to deploy their firearm in self-defense, it is highly encouraged to practice with your carry ammunition every so often.  Going through a box of 50-100 rounds of your carry ammo every quarter would be a great idea. We all know ammo isn’t cheap, but that’s all the more reason to be a better steward with your time and money.

Don’t just blow through a box of your carry ammo to quote-unquote “test it.”  Put the work in, get some good reps in while you test. Ensure your grip is where it should be and isn’t breaking apart through recoil, perhaps deploy a dot torture drill during your practice. Even though your defensive rounds may have the same grain size, or come from the same manufacturer as your non-defensive rounds, overall accuracy and group size may still be affected when switching to a different round.

By periodically running your carry ammo through your gun in a non-stress environment, you can make sure that your particular firearm, magazine, feed lips of your magazine, etc. don’t have a hate-hate relationship with the ammo you are betting your life on.

Depending on the FMJ manufacturer, you may be able to select from different materials and styles.

If you pay attention to suffixes, you can gather even more information on how the bullet can be expected to perform, as well as what its intended use is.

Some common types of suffixes to note, are the truncated cone, flat nose, and boat tail. While each of these differs slightly, they each still retain the basic overall properties of any FMJ round.

Aerodynamics and accuracy are defining characteristics of the cone. It is a superb round for competitive shooting, as it leaves holes in paper that will make any RO (Range Officer) swoon. Less disputed calls are always a plus.

Like its cousin the truncated cone, the flat nose is also known for allowing the shooter or RO the ability to easily gauge accuracy upon impact with paper targets. Its diameter is more prominent, clearly highlighting hits, allowing for swift calls, when needed.

As you could imagine from the name, these rounds resemble the shape of a boat, with their intended tapered rear. Its boat shape was designed to create increased accuracy and a more stable flight path. You may also see this round commonly among precision rifle shooters.

By increasing the ballistic coefficient, they are more easily able to deflect wind and overcome air resistance. If math in general, and perhaps even the term “coefficient” gives you the sweats and brings you back to 9th-grade Algebra class, let me streamline.  According to Wikipedia, the ballistic coefficient (BC), of a body, is simply “a measure of its ability to overcome air resistance in flight.”

Boat tails allow the shooter to account for the optimum amount of how far their round will travel as it continues to lose velocity. Ideally, when using a round with the proper BC, they can accomplish their desired distance from exit to impact. 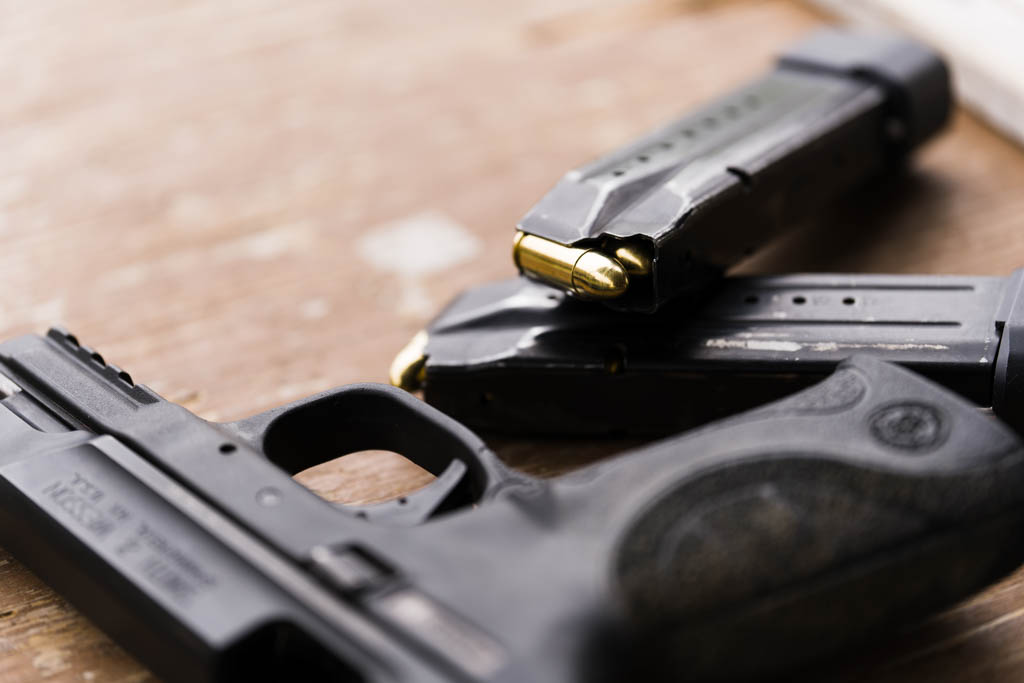 With a FMJ round, the lead bullet is mostly or sometimes entirely surrounded, by a harder jacket. Why is this a good thing? That jacket provides a barrier that dramatically decreases the amount of lead that is left behind within the barrel of your gun.  Without that fancy jacket, the lead begins to occupy the rifling of your barrel after each round leaves your gun. A few shots at a time, no problem.

However, once that fouling begins to get layered on top of itself, especially during several extended practice sessions, the shooter may soon start to experience malfunctions from the buildup of fouling.  That jacket decreases the amount of lead left as a going away present, within the barrel of your gun.

The higher the amount of fouling that gets left behind, the greater the risk that accuracy may be impacted negatively. Yes, we are responsible for every round, and we all want those A-zone hits, accuracy matters. If we can increase the number of shots we can fire before accuracy is reduced, then it’s a good day.

Just like our old pal Colonel Ruben realized, those jackets help ensure a more reliable feeding process.  Especially with asemiautomatic weapon where that round is occupying several different places and moving from one spot to the next, in a relatively short time.  All those movement sequences create new opportunities for a malfunction to occur.

The fancy jacket we’ve come to appreciate decreases the likelihood that the rounds will create an issue with the internal components of the gun. As the FMJ round was designed to melt at higher temperatures, it, therefore, is less likely to deform upon leaving the barrel.  Fewer deformities mean less potential of snagging, catching and causing overall issues.

If you were attempting to use FMJ rounds as defensive ammunition, then the severe lack of a large wound channel within your intended target would prove problematic. That jacket ends up prohibiting the bullet from expanding.  While that’s great for decreasing fouling, that lack of expansion can cause greater penetration distances, with a narrower wound channel.

Therefore, their high likelihood of punching one hole in their target, and then quickly punching another one out upon exit, means that your round has a much higher chance of travelling THROUGH your intended target, cover or barricade, while creating a smaller wound channel.  With that comes an increased risk of over penetration or damage to an unintended target. Chances of collateral damage have the potential to increase if you’re not planning on the proper pass through distance of the round. 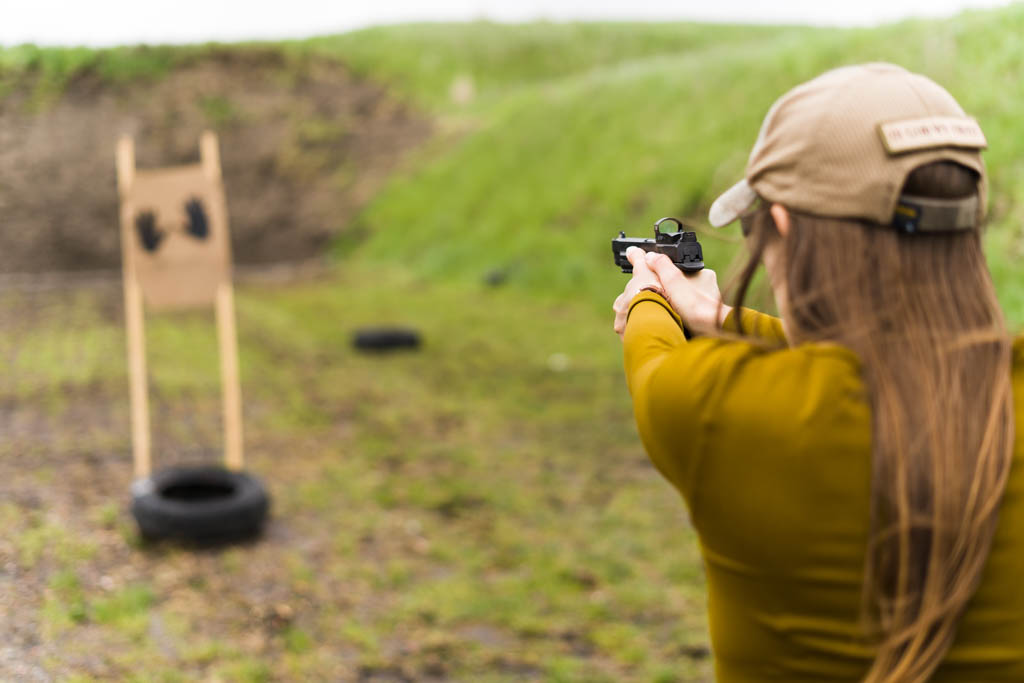 While most concealed carriers will not use FMJ rounds for defensive purposes, I still don’t know anyone that would volunteer to test that theory out 1st hand, and be impacted by FMJ rounds, even though they do have a “smaller wound channel.” They most certainly will always do damage. It is finding the balance of advantages and disadvantages comparatively against your desired use for the rounds.  Each round has its purpose, so for the ultimate expansion of soft tissue, go for the jacketed hollow points in your defensive gun.

If you are a competitive shooter or just someone who shoots an overall high volume of rounds consistently, you will likely come to respect the overall accuracy, reliability, and affordability that the FMJ round offers you.