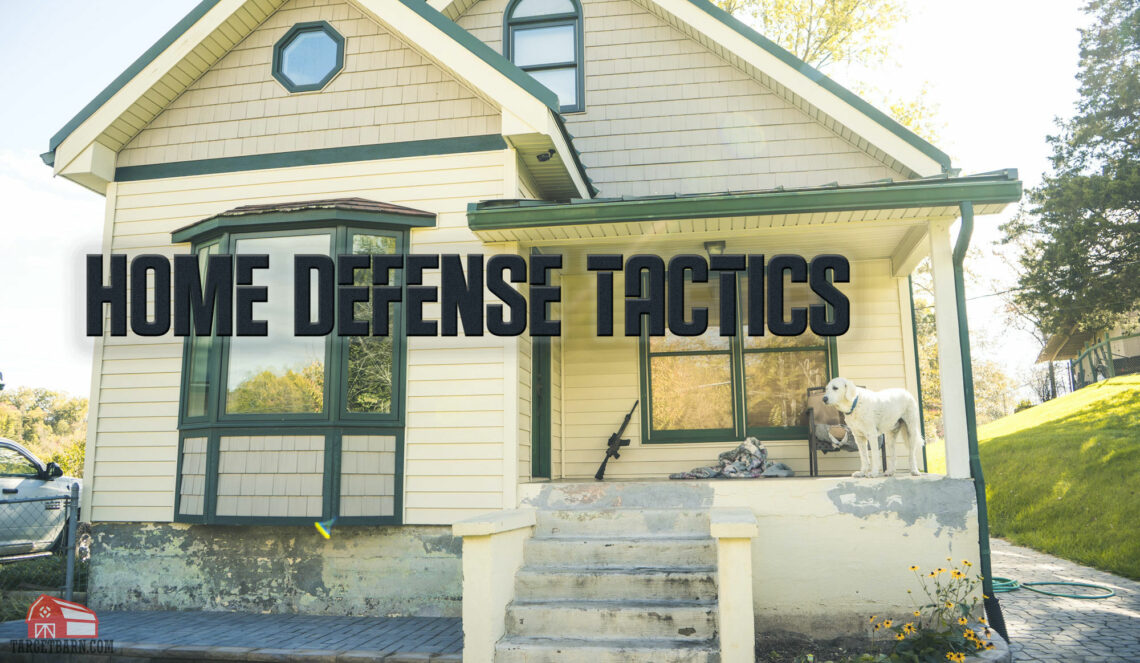 Having a firearm and being able to use a gun are part of defending your home. But when it comes to home defense tactics and security, there’s a lot more to it than just putting sights on a target and pulling the trigger competently.

The shower gun memes took off after a homeowner was attacked while he was in the shower, but there are a couple of important things to know about that story. While the memes focused entirely on the idea of keeping a gun in the shower, the homeowner in question had to retrieve his gun from outside the shower, and then defend himself with it (while presumably naked). The question we should be really looking at is what’s the best way to carry when you physically can’t carry?

Let’s take a look at how we can carry in the home and other home defense tactics to keep you and your family safe. 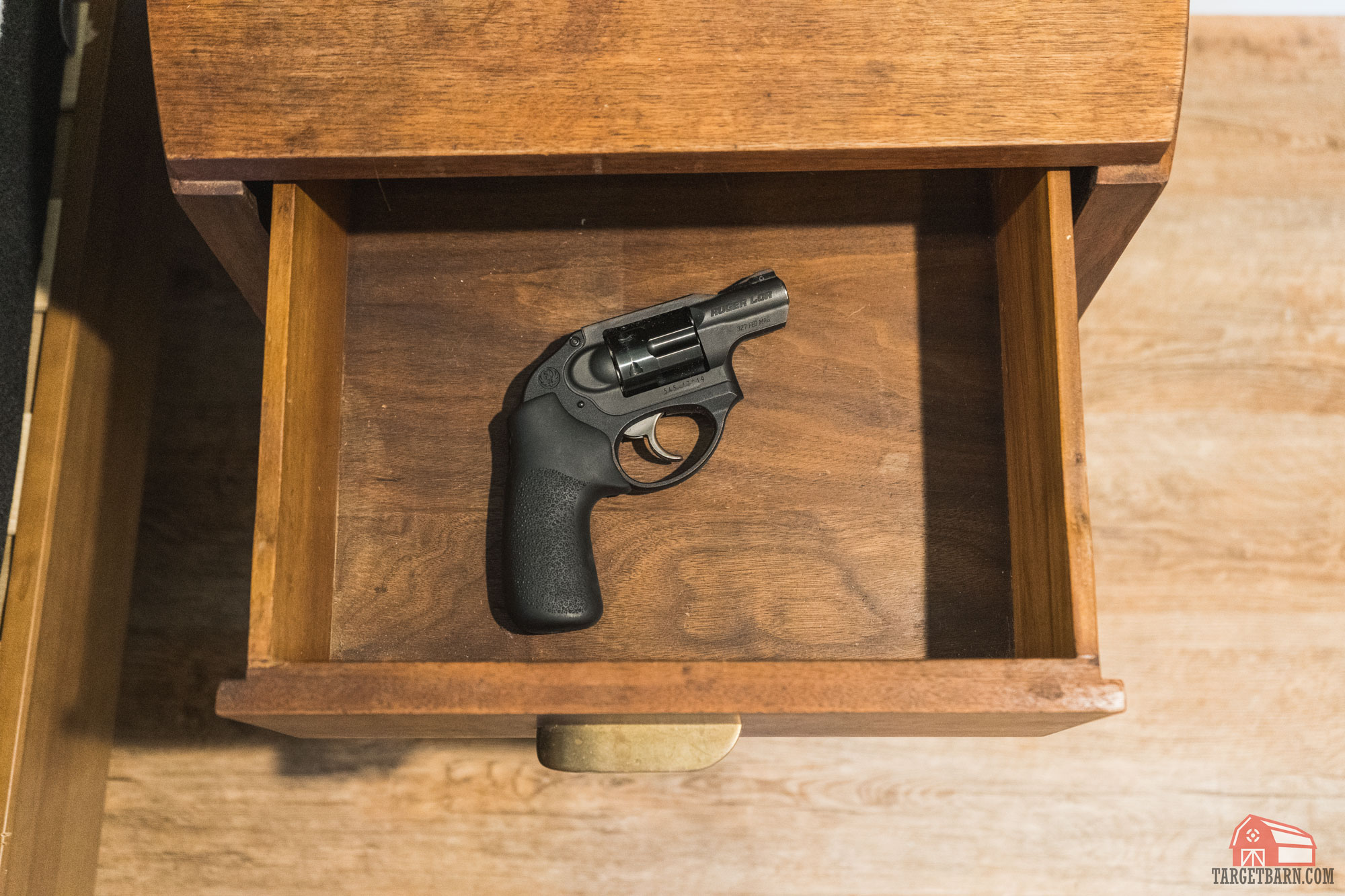 Self defense experts generally recommend against stashing guns in various “hidden” spots over your house. The truth is that loaded guns stored in an unsecure manner are just as much a threat to you as they are to a potential intruder. That’s because nothing guarantees that in a home invasion you’re going to be able to access those “hidden” weapons before the intruder finds them. The consensus is to have a home defense weapon in a place that’s secure with relatively speedy access. Or you can simply carry your gun even when you’re home. This may or may not be practical. However, reputable industry SMEs recommend just “put your gun on when you put your pants on.”

Is A Shower Gun A Good Idea? 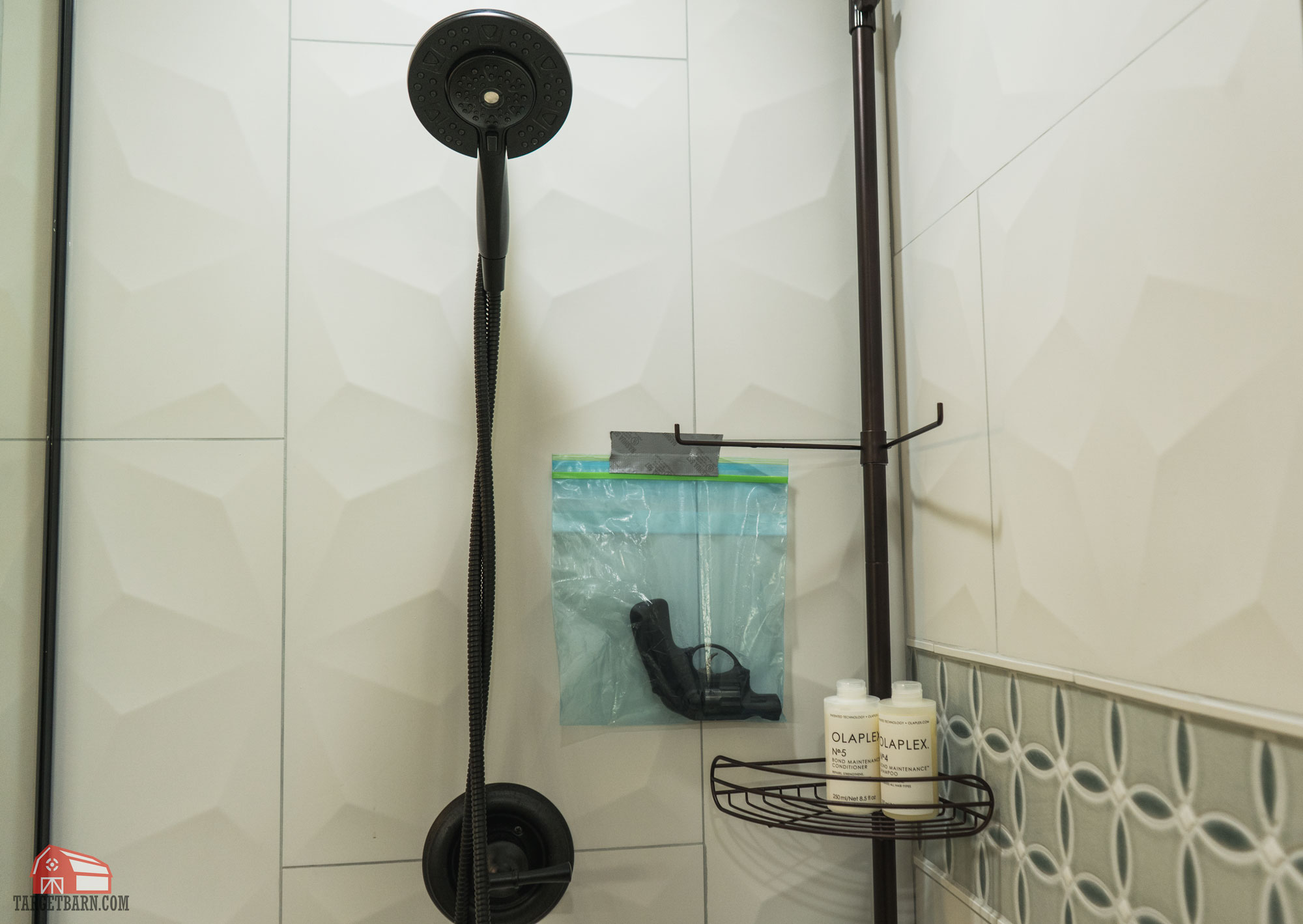 Which brings us around to the shower again, because unless you’re REALLY weird, you don’t wear pants when you shower. However, for a home defense gun to be useful, it needs to be accessible relatively quickly. If we dismiss the idea of constructing some sort of ridiculous waterproof box for the shower, that leaves us with stashing a gun somewhere in the bathroom. Any time we store a gun off-body that’s intended to be used, we need to store it in such a way as to prevent accidental/unintentional access.

If you live alone in some bachelor f-shack, this is less of a concern. However, if you have a family and/or children, the gun needs to be secure. One of the better solutions for that are the RAPiD Safes from Hornady, which can be wall mounted and are available for long guns or pistols. These safes use RFID tech to give you quick access to your gun when you need it. They also solve the problem of how to store a gun in the bathroom. Just have one wall mounted next to the shower and your gun is quickly accessible. 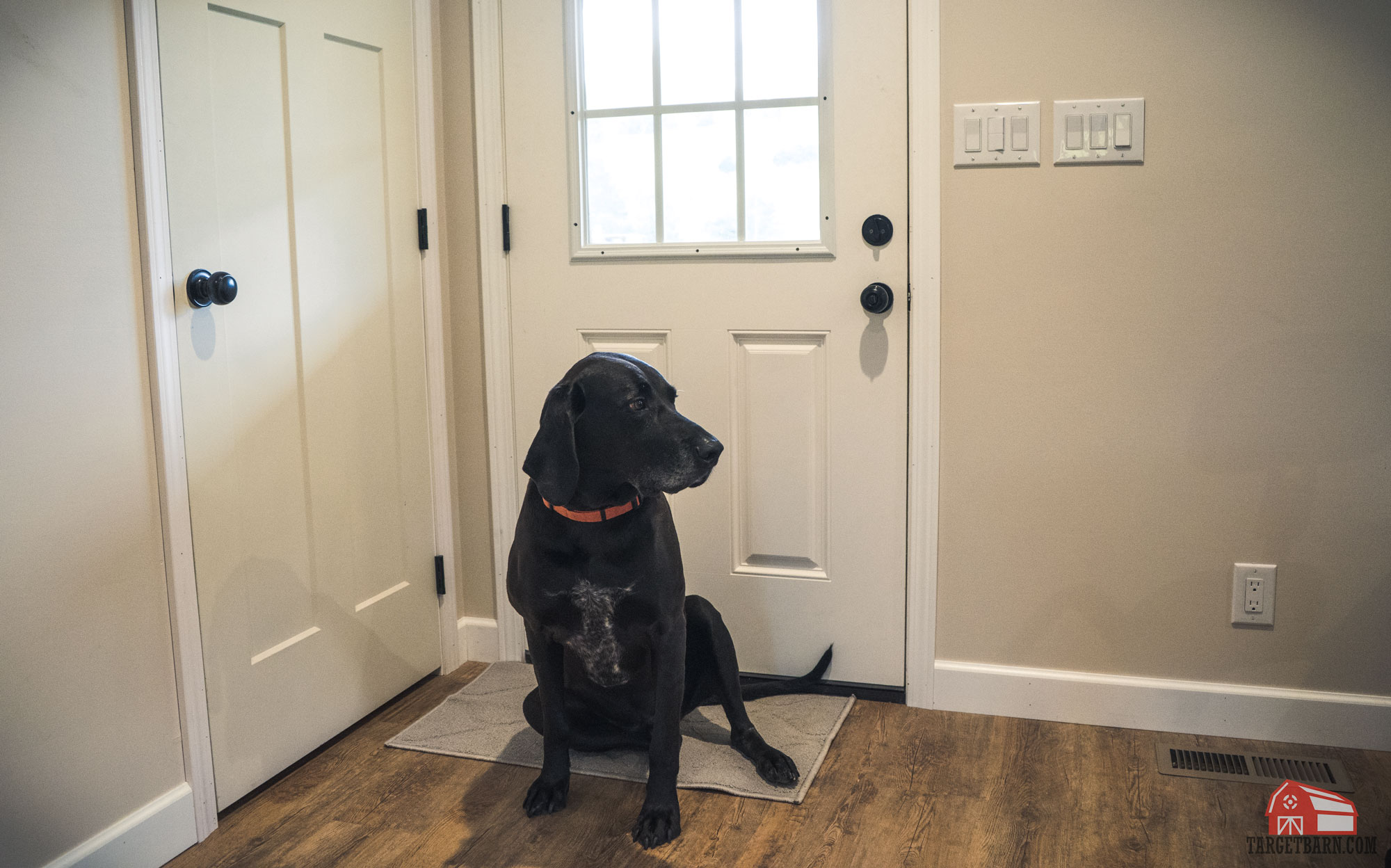 However, there’s another problem. Having the gun accessible in the bathroom doesn’t really help if you don’t have some kind of warning that a home invasion is happening. This is where the concept of layered home security comes into play as a home defense tactic. Let’s say you live alone in an apartment, the aforementioned bachelor f-shack. We want to create at least two layers of security when you’re showering. This gives you time to access your gun.

Let’s look at some security layers you can use to secure your home.

The first layer is some kind of intrusion detection device on the doors. I like the first layer to be some kind of audible alarm, and loud at that. Something you can hear when you’re in the shower. There are lots of DIY home security systems available that meet these criteria.

Though a determined criminal may not be dissuaded, some small changes to your home’s exterior may help ward off potential intruders. Motion activated lights may deter bad guys lurking around your house at night. You can also be sure any plants near windows are trimmed back so that they are not easy hiding places.

3. Use a Security Camera 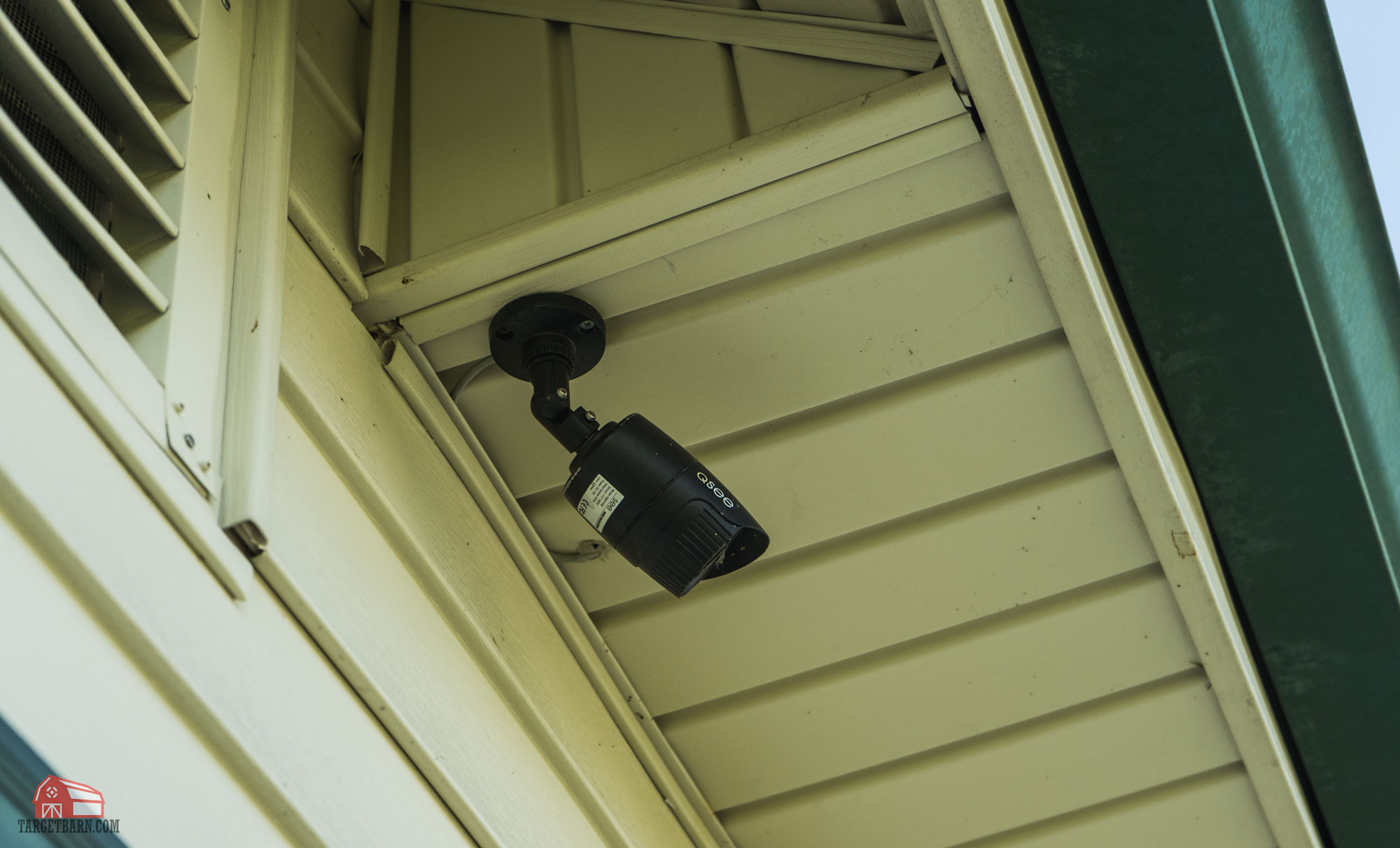 These days, home security cameras like the Ring doorbell are surprisingly affordable, and many connect directly to your phone. Set up these cameras at your home’s entrances and have notifications set so that you know when someone is approaching your door.

4. Lock Your Doors and Windows

Another step is to lock your doors and windows, especially when you’re preoccupied in the bathroom. An additional step you can take is upgrading the screws that hold hinges and locks to the door to further secure your home. You can also add extra security to your sliding doors with a security bar.

Don’t forget to lock your bathroom door when you’re showering as well. Again, if you live alone, this is an easy way to buy yourself some time to grab your gun from the wall safe and defend yourself. Once that’s done you can hunker down in your locked bathroom and prepare for battle.

If you live with a family, the layered system is still in place. I recommend a home security system that can be armed selectively. You don’t want the kids or the dogs setting off the motion detectors. However, the windows and doors should definitely be alarmed. Good dogs make for pretty good intrusion detection systems as well. And again, keep the bathroom door locked when you’re showering, assuming that’s an option.

When it comes to shower guns, we need to treat them like we’d treat any other off-body gun in the house. We need secure storage with quick access. We also need a mechanism for early warning so we know that it’s time to grab the gun. Building a layered security system into your home defense tactics, using audible alarms, strong locks, and good security practices will give you the advantage you need if, in some case, you actually do need to grab that shower gun.