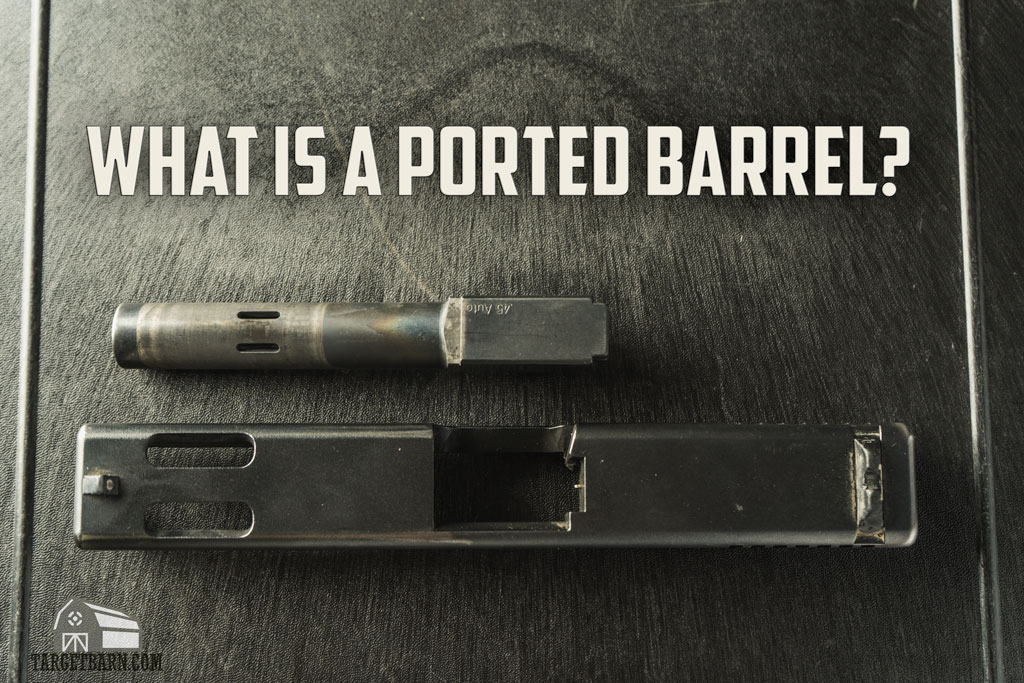 What is a Ported Barrel?

A muzzle brake, or compensator, is a device that redirects propellant gases in order to reduce muzzle flip. It was first used on powerful anti-tank guns, but soon found its place on many rifles and pistols.

A ported barrel is a type of muzzle brake that is integral to the firearm, often a handgun. The rationale behind it is that it facilitates rapid fire by reducing muzzle flip. But how does a ported barrel work, and should you use one for self-defense?

How Does a Ported Barrel Work? 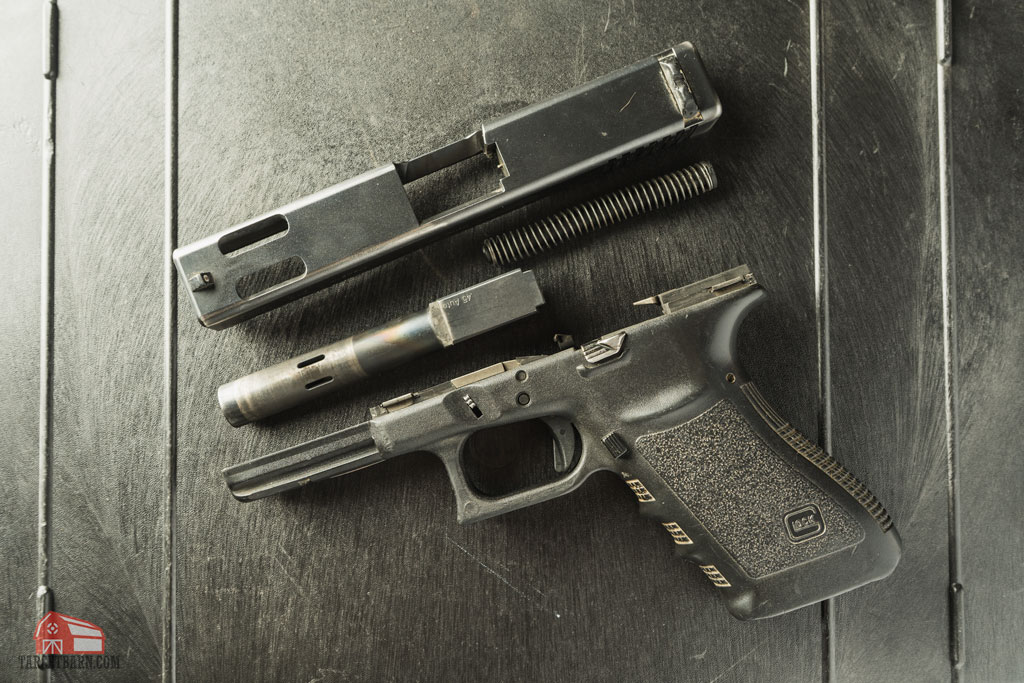 First, let’s explain what happens in a barrel without porting during ignition. When the bullet exits the muzzle, hot propellant gases will follow after it. These gases exert force straight backward, which causes the handgun to tip upward as it pivots in the shooter’s hand. We call this muzzle flip, or muzzle rise. Because the gun has now moved, the shooter has to take more time to line up their next shot. 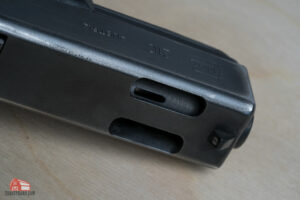 A ported barrel, on the other hand, has holes near its muzzle. These holes are pointed upward, so they vent propellant gases in that direction after the bullet has exited. As the result some force pushes downward on the handgun during ignition. This push works to compensate for muzzle flip, which helps the shooter maintain their aim on the target.

Ported barrels are fairly common in revolvers, like the Taurus 692. Revolvers tend to be more substantial than semi-automatics, so they can fire more powerful calibers. A feature that combats the tremendous muzzle flip of a 45-70 Government or 454 Casull is a welcome one. Semi-automatics can have ported barrels too, either from their factories or as upgrades.

Is a Ported Barrel Good for Self-Defense?

You would primarily use a ported barrel when you want to benefit from more accurate, quick shots. To many, being able to hit a threat several times quickly is paramount for self-defense, so it just makes sense.

A ported barrel doesn’t technically reduce recoil. Newton’s third law dictates that recoil’s full energy has to go somewhere. That said, it may reduce the amount of recoil a shooter perceives, making shooting more comfortable in the process. (If a muzzle brake is attached to a pistol without a ported barrel, its added weight will also help to mitigate some recoil.)

A ported barrel may be appropriate if you carry an exceptionally high power pistol for self-defense (the kind that some argue is better suited for a bear than a mugger). If you are just looking to enjoy casual fast shooting at the range, there is little downside to one as well. But some of its side effects may hinder your ability defend yourself with your handgun. 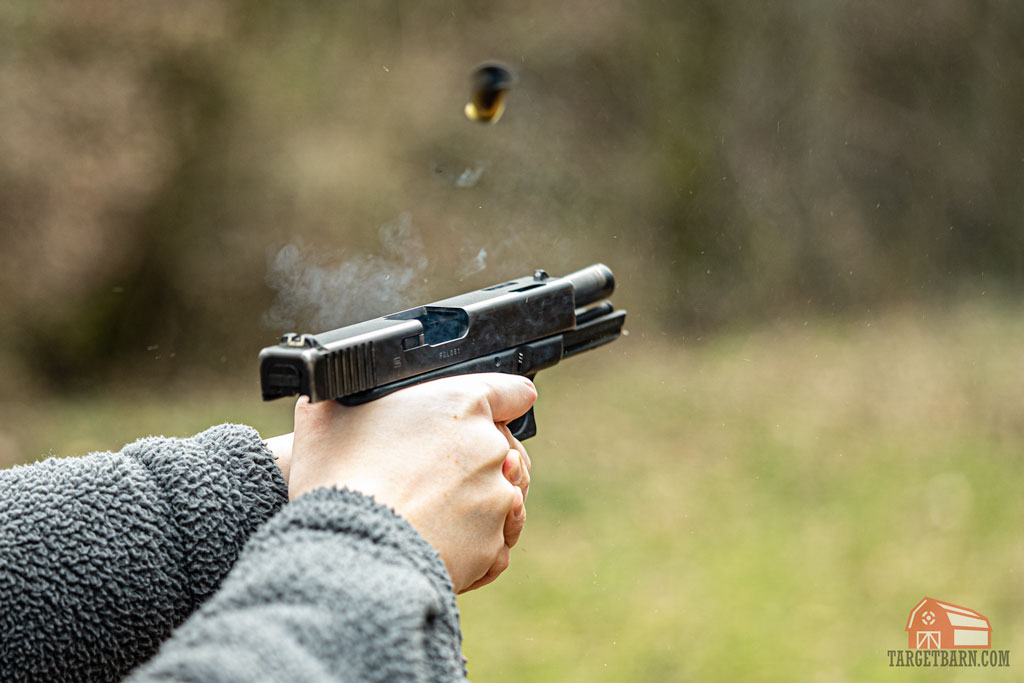 The hot propellant gases vented upward by a ported barrel are … well, hot. This matters in the nighttime. A bright muzzle flash will produce enough light to adjust a shooter’s eyes out of night vision. If you have ever had your photo taken with a flash camera in a dark room, you know how disorienting that can be.

Now, imagine trying to aim after you’ve been blinded by a flashbulb. That is why a ported barrel can greatly impact your ability to fire accurate follow-up shots in the dark

A situation where you are forced to draw your weapon is an unpredictable one. You may have to fire your weapon in an unusual position. If your barrel’s porting is pointed toward your arm or face when you fire, then you’re going to need some bacitracin at best, and an eyepatch at worst. And you’ve still got to win the fight!

A ported barrel presents a few more issues, although they aren’t as significant during a self-defense situation. Porting can direct greater report back at the shooter, potentially making firing more deafening in addition to blinding. Porting will allow residue to accumulate on a handgun’s front sight, which requires a bit more maintenance.

Should You Use a Ported Barrel for Self-Defense? 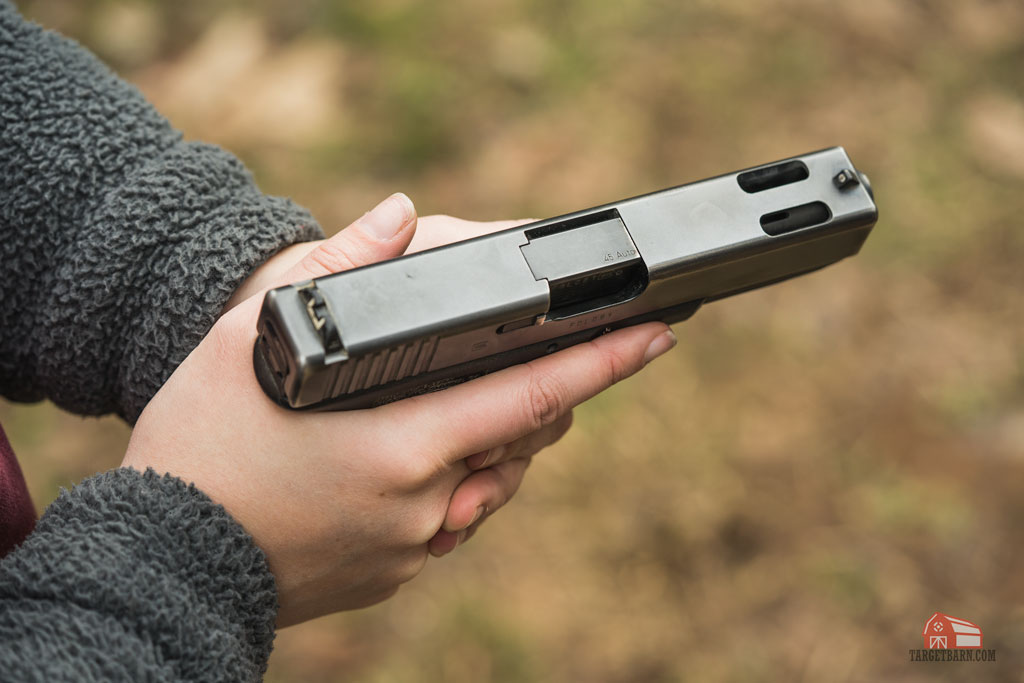 It’s a personal choice, obviously, because you can do nearly anything you like in this big, beautiful country of ours. If what you want most is to shoot really fast, then you will like how a ported barrel helps your aim stay on target. Compromising some performance in other areas could prove well worth it.

That said, it takes training to really understand how to avoid injuring yourself with a ported barrel during a physical altercation. Furthermore, the importance of being able to see while you’re aiming can not be overstated. If you would use your everyday carry during the nighttime, and you very well might, then the potentially blinding flash created by a ported barrel will do you a great disservice.

We hope you enjoyed this little report on the ported barrel. For our next feature, we are going to drink a barrel of port and tell you what happens. Whatever that might be, it can’t be pleasant.