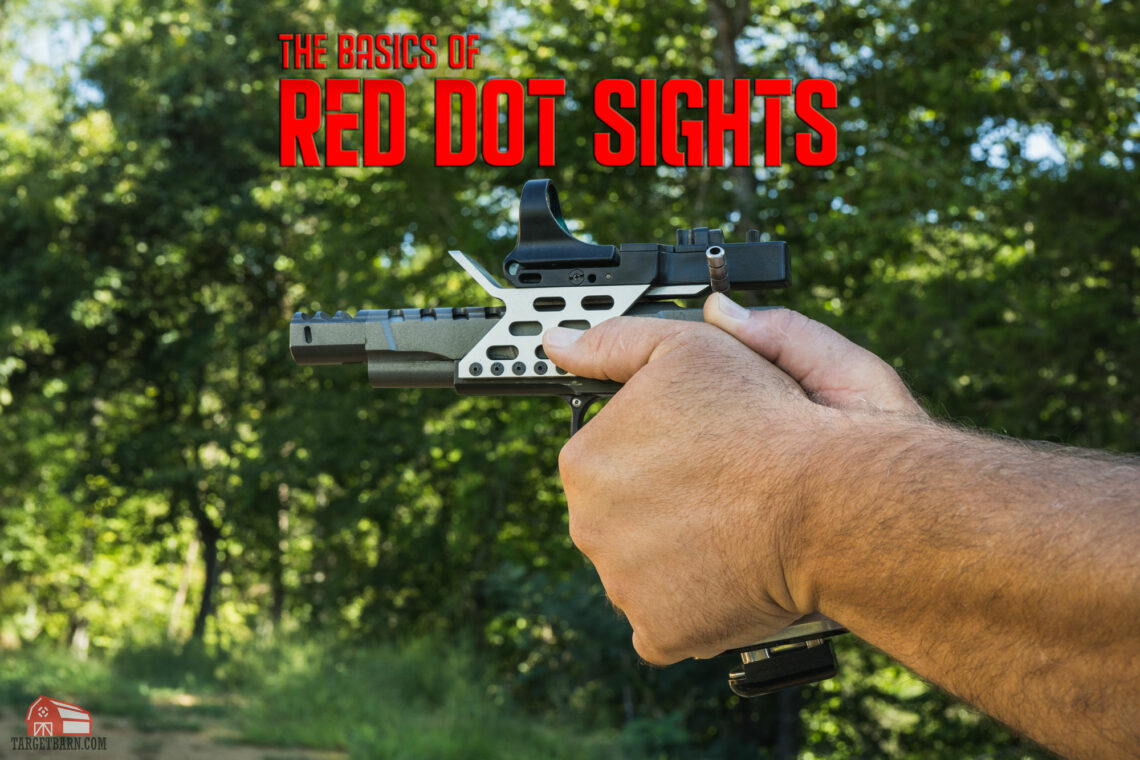 These days, red dot sights are practically ubiquitous on rifles, and are increasingly common on pistols for personal defense and competition. When someone says “red dot sight” there are actually a number of different types of optics that fit that bill, but in general the term “red dot” applies to a sight that has zero magnification and uses some type of illuminated dot or circle instead of crosshairs to supply an aiming reference.

Today we’ll take a broad look at the categories of red dot sights and their applications.

Guns are an unusual weapon in the course of human history. All projectile weapons that we as a species used before we used guns required us to keep our focus on the target. From thrown rocks to slings and arrows, the eyes were focused on where you wanted the projectile to impact. Rifles and handguns using iron sights required us to go against our instincts and focus on the front sight in order to get the best hits possible. In 1975, Aimpoint introduced the Aimpoint Electronic, the first optic that would be what we consider a true “red dot” sight.

In 2000, the red dot revolution began in earnest when the Army announced it was fielding the Aimpoint CompM2 sight for general issue. Then in the early 2010s, driven by developments in action pistol shooting, shooters began to expirment with mounting red dot sights to the slides of their pistols for concealed carry. Now that practice is so commonplace that every major manufacturer offers some type of red dot mount system for their most popular semi-automatic pistols.

Are Red Dot Sights Worth the Money? 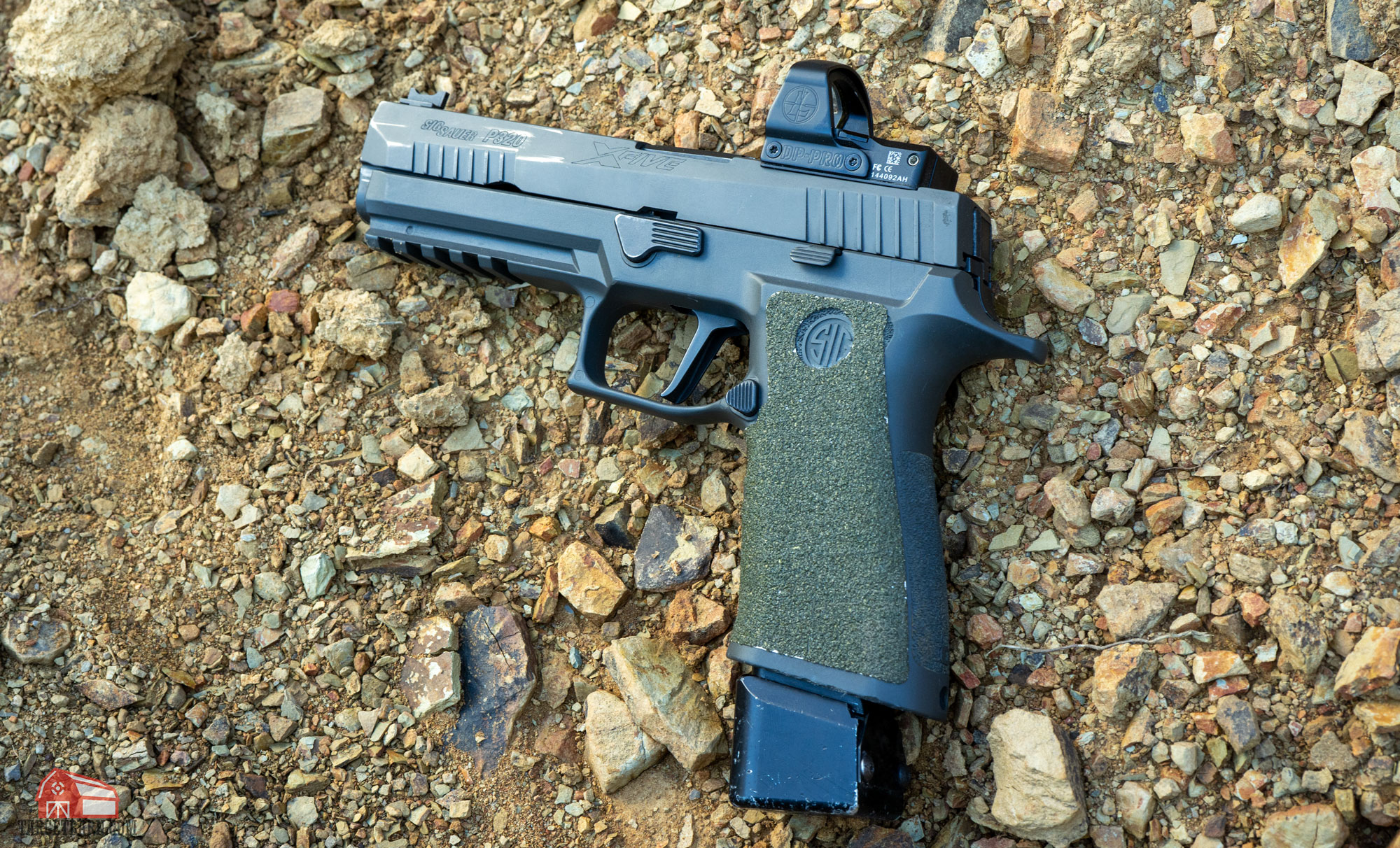 If you’d asked whether or not a red dot is worth the money 10 years ago, the answer would have been “maybe” depending on what you wanted or needed it for. In 2021, when this article is being written, the answer is definitely yes.

First, the biggest advantage of any red dot style sight is what we mentioned above: that it allows you to keep two eyes open and your eyes focused on the target instead of the sight. Another interesting advantage to red dot sights is that a lot of new gun owners are already familiar with them. Many new shooters were first exposed to “guns” via video games, most of which feature red dot sight equipped weapons. This makes the interface easy to pick up in the real world.

O​ne of the old objections to red dot sights, whether they were mounted on a long gun or a pistol, was that the optic would break or run out of batteries. These days, the type of optics issued to the US military like the Trijicon RMR and Aimpoint CompM4 are so durable that you can literally drop them onto concrete and they’ll continue to function. Battery life is almost a non-issue as well; while you do need to change your batteries, you can just schedule it for the same time you change your smoke detector batteries.

T​he last drawback to red dot sights historically was cost. That’s also been solved. There are affordable red dot sights that are perfectly suitable for recreational shooting. If you want something rugged and durable, you’ll pay a little bit more for that. However, gone are the days of the thousand dollar red dot. Even the new Aimpoint ACRO P2, which is sturdy like a dump truck, is only $600.00.

W​hat Kind Do You Need?

To answer that question, the first thing you need to know is what you’re going to do with it. Is this for a home defense rifle, a concealed carry pistol, a 22 LR for plinking? That’s going to drive the type of dot you select, whether it’s a holographic, a traditional red dot, and what reticle size/type you choose.

F​or example, if you’re getting a red dot for something serious, durability and reliability are important. “Serious” applications are whatever you’re serious about, but could include home defense, concealed carry, competition, or hunting. When selecting optics for these applications, I prefer to pick durable rifle or pistol optics from Trijicon or Aimpoint; and to draw that even further I am a bit of an Aimpoint snob. However, there are good quality options available from companies like Vortex, Leupold, and Holosun.

I​f you’re just getting an optic for target practice and plinking, it doesn’t need to be so tough that you can throw it out of a helicopter. This opens the playing field to a number of other red dot manufacturers. Companies like Burris and Swampfox make good quality dots that also won’t bankrupt you, and will make your range time a lot more fun and rewarding.

H​ow to Shoot a Red Dot 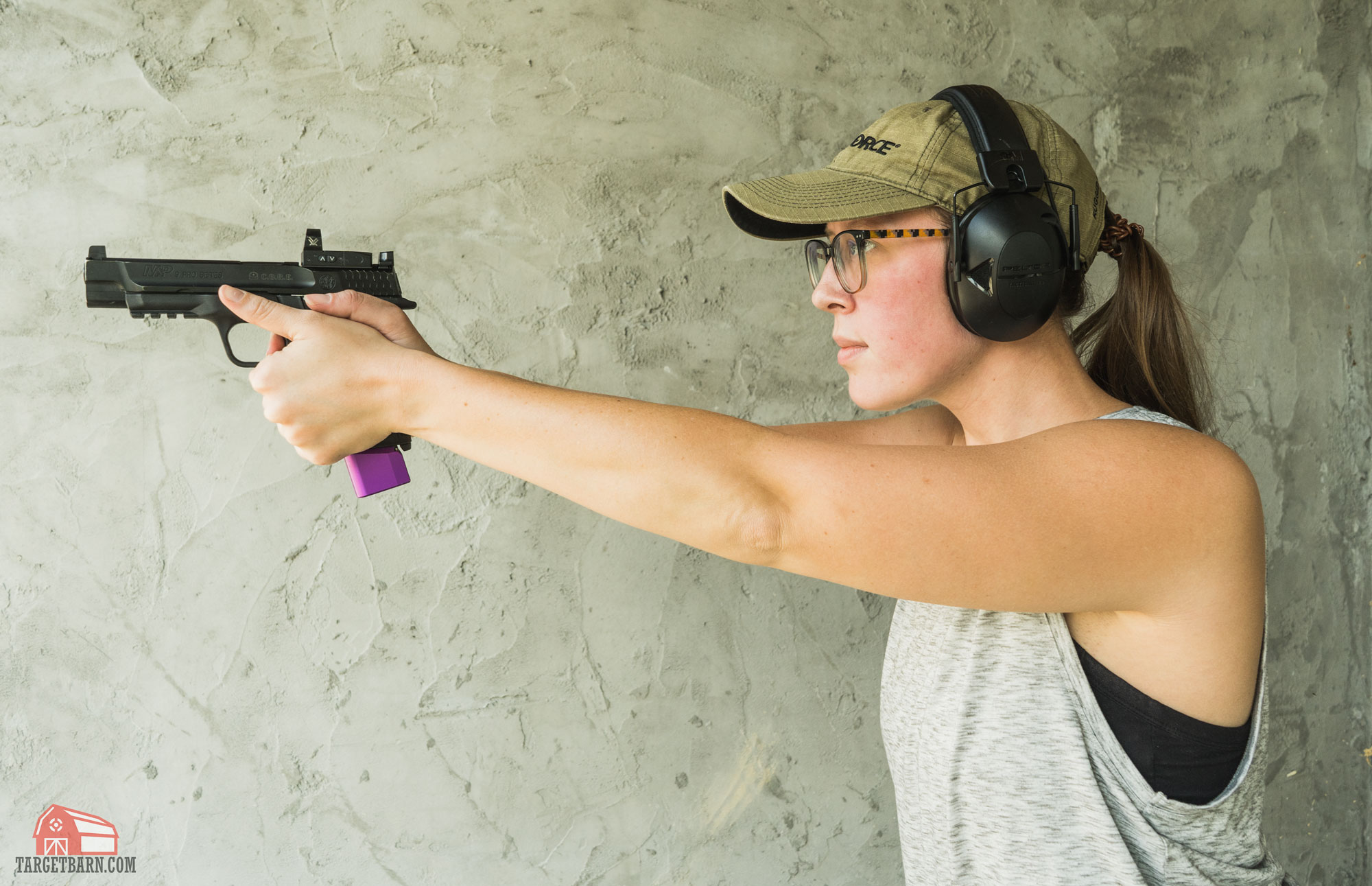 This is the easiest part. Regardless of whether you’re shooting a holographic sight, a traditional reflex/reflector style red dot sight, the method for aiming is the same. Keep the dot centered (mostly) in the window

1. Look at the target
2. Bring the weapon sight into your eyeline and keep your focus on the target
3. Put the dot/ring/reticle where you want the round to go
4. SEEEEEEENNNNNNNDDDDDDD IIIIIIIIITTTTTTTTT

T​hat’s it. It’s an incredibly simple process that requires a lot less thinking than trying to align traditional iron sights.

With a properly focused rifle scope, your target should be clear and your reticle should also be in focus. Similarly, with a red dot your target should be in focus and so should your dot. The biggest difference is that with a rifle scope it’s often a lot easier to close one eye to make sure your field of view is appropriate. This, incidentally, creates one of the advantages of a red dot: it doesn’t limit your field of vision as much as a traditional magnified scope.