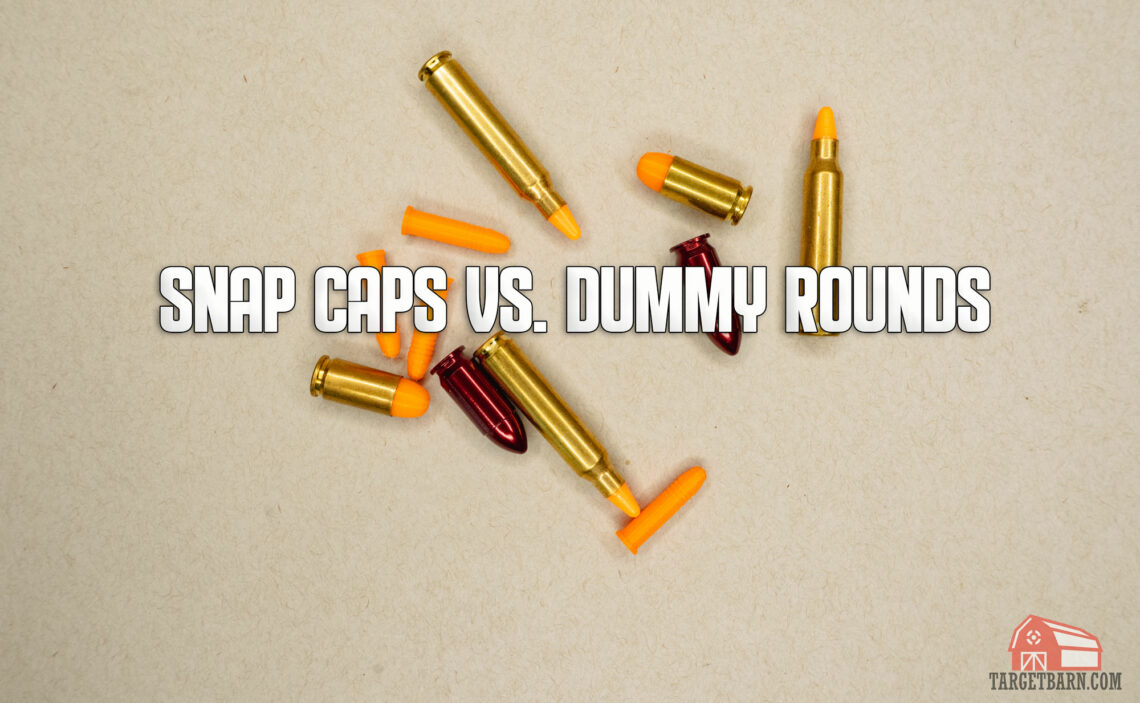 Snap caps and dummy rounds are often used by shooters for dry fire training and for drills on the range. If you’re new to shooting and dry firing, you may wonder what the difference is between snap caps vs. dummy rounds. Snap caps and dummy rounds are both inert rounds, meaning when the firing pin hits the primer, a round will not go off. Keep reading to learn about the differences between these types of inert rounds and which you should be using.

Typically, the term dummy round describes fake ammo rounds made out of plastic.

On the other hand, snap caps are replicas of live rounds that have inert primers which protects the firing pin. This makes them a popular choice for dry fire training. Some snap caps, like those from Tipton, have a brass primer attached to a spring. This spring absorbs the strike of the firing pin. Other snap caps, like those from A-Zoom, have a rubber primer that absorbs that impact.

Both snap caps and dummy rounds are inert and can not fire an actual projectile. They are often a bright color, like orange, to stand out from live rounds. This also helps to find them in the dirt after using them for practice on the range.

They are reusable and come in all sorts of calibers, making them a good investment for training. They can also mimic the weight of a live round, giving a more realistic training scenario.

How to Use Them

Seasoned shooters can also use them for different types of malfunction drills. I once had a shooting instructor replace live rounds with snap caps in my magazine during a training session. This gave me the opportunity to practice clearing a malfunction. I never knew which shot might be a dummy round, which helped me learn to quickly assess and react to the malfunction. It also helped me to see how bad I was flinching when pulling the trigger.

Other drills shooters can practice with snap caps and dummy rounds include tactical reloads, emergency reloads, administrative reloads, and much more.

Dry fire training is a great way to improve gun handling and shooting proficiency without going to the range or using up your live rounds. You’ll sometimes hear shooters say that dry firing isn’t good for your gun. Dry firing is safe to do with modern guns and you’ll find plenty of competition shooters putting thousands of dry fire reps on their guns.

There are some manufacturers who warn against dry firing their rimfire pistols and rifles. However, most of the big manufacturers state that dry firing won’t harm the gun. You should check with your gun’s manual to find out if it’s safe for your gun.

For dry firing, snap caps are a better choice than dummy rounds. The snap cap’s inert primers will protect your gun’s firing pin better than a dummy round that is completely plastic. 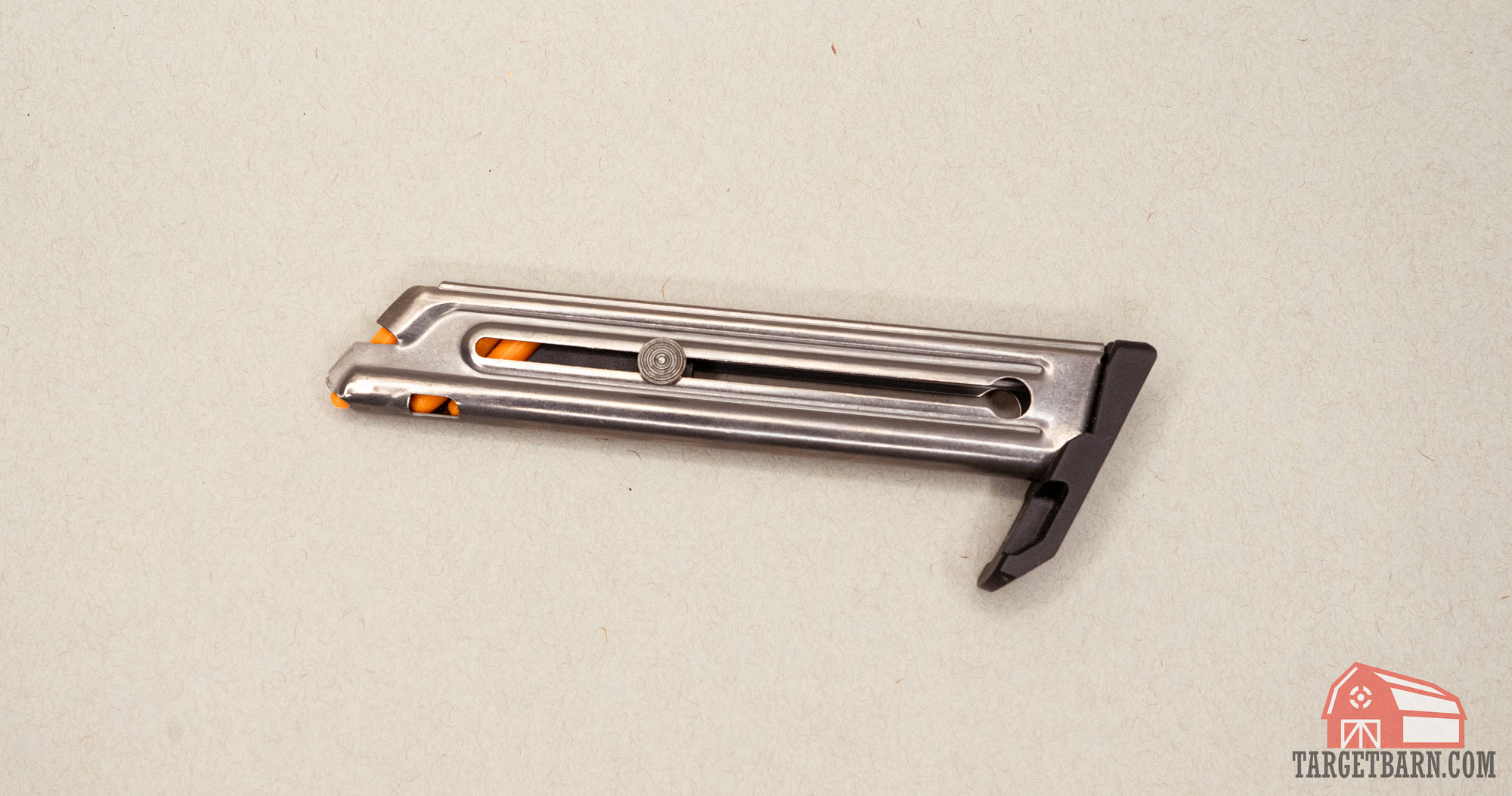 Using snap caps and dummy rounds is not an excuse to become lax on your gun handling. You should always take safety precautions and follow all firearm safety rules when handling a gun, loaded with live rounds or not.

When using dummy rounds or snap caps for dry fire training, a good rule to follow is to never dry fire in a room that contains live ammo. It just takes one slip up for a fatal mistake to occur, so following strict safety protocols, even if they seem redundant or overly cautious, is a smart choice.