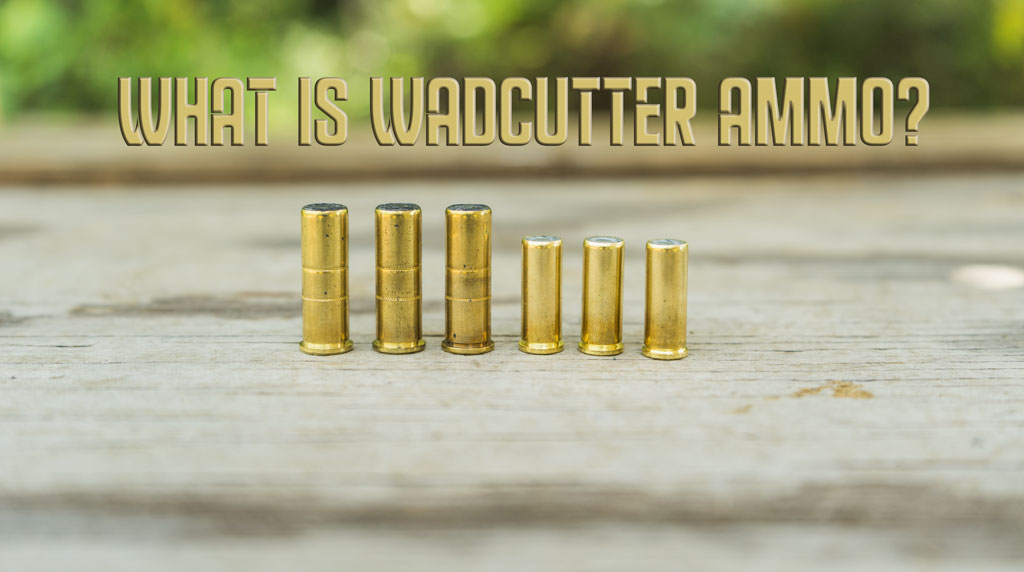 What is a Wadcutter?

Terminology around firearms can get a little confusing, especially when it comes to pistol projectiles. Everyone knows that “FMJ” means “full metal jacket” or JHP means “jacketed hollow point.” Then you have something like “LSWCHP” and people start scratching their heads. In this case, LSWCHP stands for “lead, semi-wadcutter hollow point.”

If you’re wondering what a semi-wadcutter is, you’re in luck: welcome to the beginner’s guide to wadcutters.

What is Wadcutter Ammo?

The first question we’re going to answer is “what is a wadcutter?” That’s easy. A wadcutter is a pistol bullet with a completely flat face. For example, a .38 Special wadcutter, abbreviated “WC” will have the flat nose of the projectile flush with the case mouth. 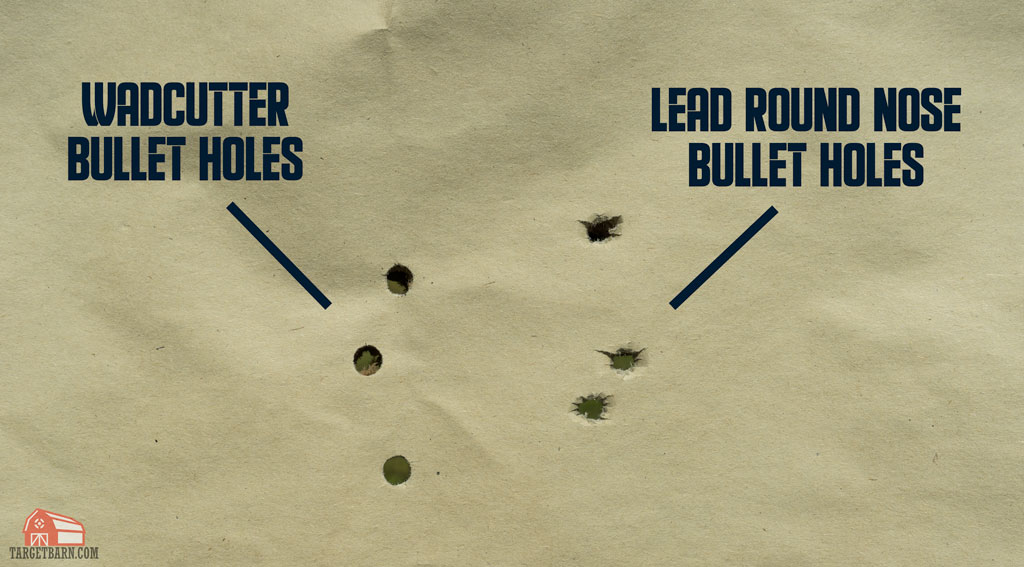 Wadcutters were originally designed for target shooting. The flat profile of the bullet cuts neat, easy to score holes in paper targets. Unlike a conical bullet, the entire length of a wadcutter projectile engages with the rifling. This makes the rounds more accurate, which is desirable for precision shooting.

What is a Semi-Wadcutter? 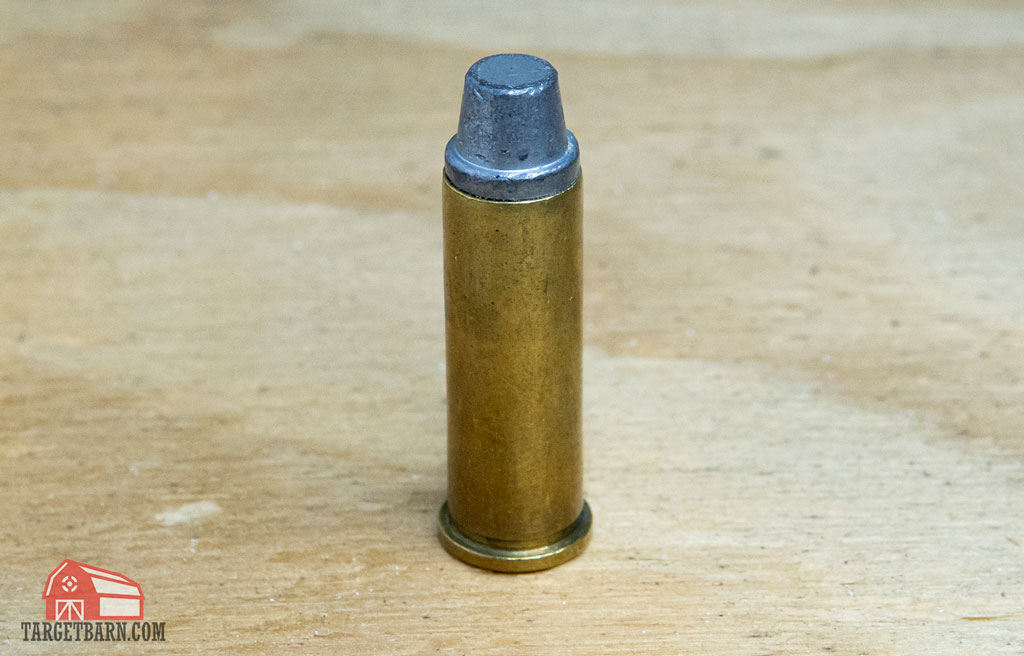 Wadcutters for Self Defense

Why would you use a wadcutter? Well obviously for target shooting, as it was originally designed. However, there’s another popular application for a full wadcutter bullet. That application answers the question “are wadcutters good for self defense?” The surprising answer to that question is yes. Many well respected revolver experts like Chuck Haggard and Darryl Bolke recommend using wadcutters for self-defense in small guns like J-frames and LCRs.

There are three reasons you might select wadcutters for self defense.

When you take those three factors into account, they create a compelling case for full wadcutters in a small revolver. I’ve bought into it. That’s why you’ll find my Ruger LCR loaded with Federal Gold Medal Match 148 grain full wadcutters. 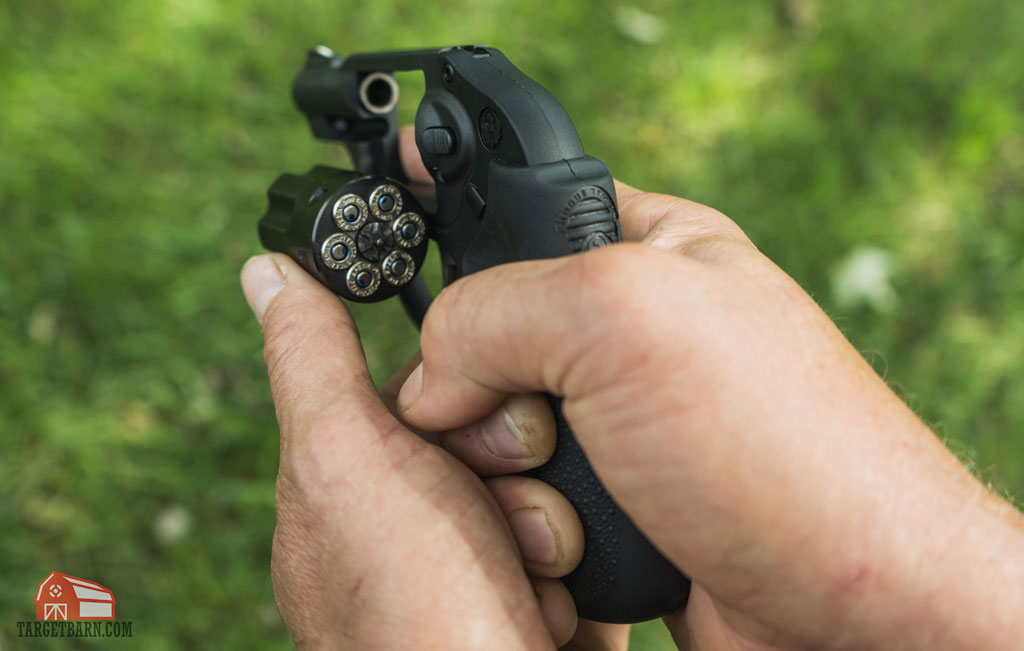 It’s not all great with wadcutters, because in one area they don’t shine at all: reloading. If, for some reason, your day has taken the world’s most unlikely turn and you’re having to reload a small defensive revolver in a hurry, wadcutters are not your best friend. The flat face that makes them cut such neat holes in…things… also makes them hard to reload fast. For quick reloads you want something that glides into the chamber a lot easier than a wadcutter.

Other than that small drawback, wadcutters make a surprisingly good choice for self defense. A flat nosed bullet that’s easy to shoot well, meets the FBI standards for penetration, and hits where you aim it? What’s not to like about that. That’s why I definitely think that wadcutters are good for self defense.