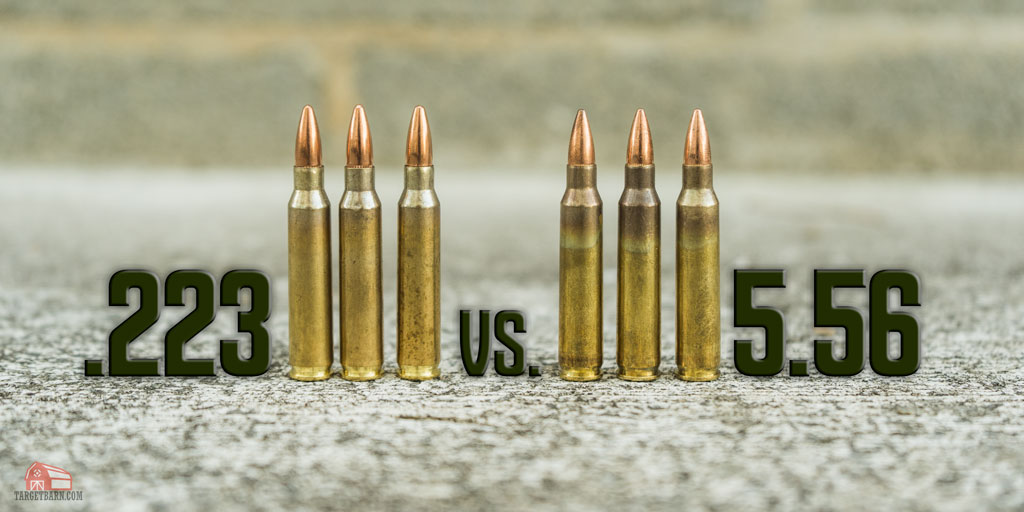 I couldn’t estimate the number of “what’s the difference between .223 vs. 5.56” articles that have been written. Hundreds, if not thousands. In order to keep this article from rehashing what’s already been written by smarter people, we’re going to do this in a Q&A format, where we answer all the questions people ask about 5.56 vs. .223 Remington.

What is the difference between 5.56 NATO and .223 Remington?

The difference between 223 and 5.56 is pressure, mainly. What’s important to remember is that the pressures for .223 Remington have been standardized by SAAMI (Sporting Arms and Ammunition Manufacturer’s Institute), so all commercially produced .223 in the USA will fall within those SAAMI specs. NATO ammo, on the other hand, is not pressure tested the same way as SAAMI ammo. It doesn’t have a corresponding standard. Manufacturers load 5.56 NATO ammo to NATO specs. Generally speaking, 5.56 NATO rounds are loaded to a higher pressure than .223 Remington. 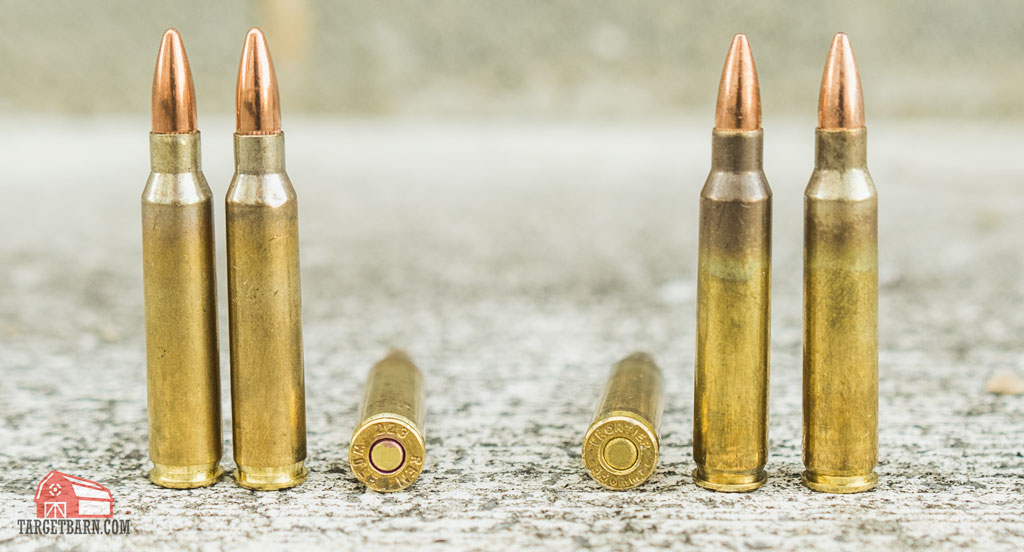 Yes, the external dimensions of 5.56 and .223 cases are identical. Military brass is typically thicker than other brass casings though. So, you’ll often find less room inside the casing of 5.56×45 than in 223 Remington. (This is why with the same amount of powder charge, you’ll get higher pressure inside the smaller 5.56 casing than the .223 Rem.)

The reality of the situation is that’s extremely unlikely. What’s more likely is you’ll blow the spent primer out of the back of the case and tie your gun up while you get the primer out of the gun’s guts. On paper the answer is “no, don’t do it you might explode and break your gun,” the real world answer is “you probably shouldn’t do it but you also probably won’t explode or die.” But again, because lawyers exist: don’t.

.223 Wylde is a designation that became popular during the Great Black Rifle Awakening of the 2010s. In layman’s terms, it’s a chamber design that allows you to safely shoot 5.56 NATO or .223 Remington without issue. There are lots of fascinating technical articles about it, and a lot of manufacturers of AR-15 pattern rifles have adopted it as their chamber spec.

Why doesn’t everyone use 5.56 chambers then? 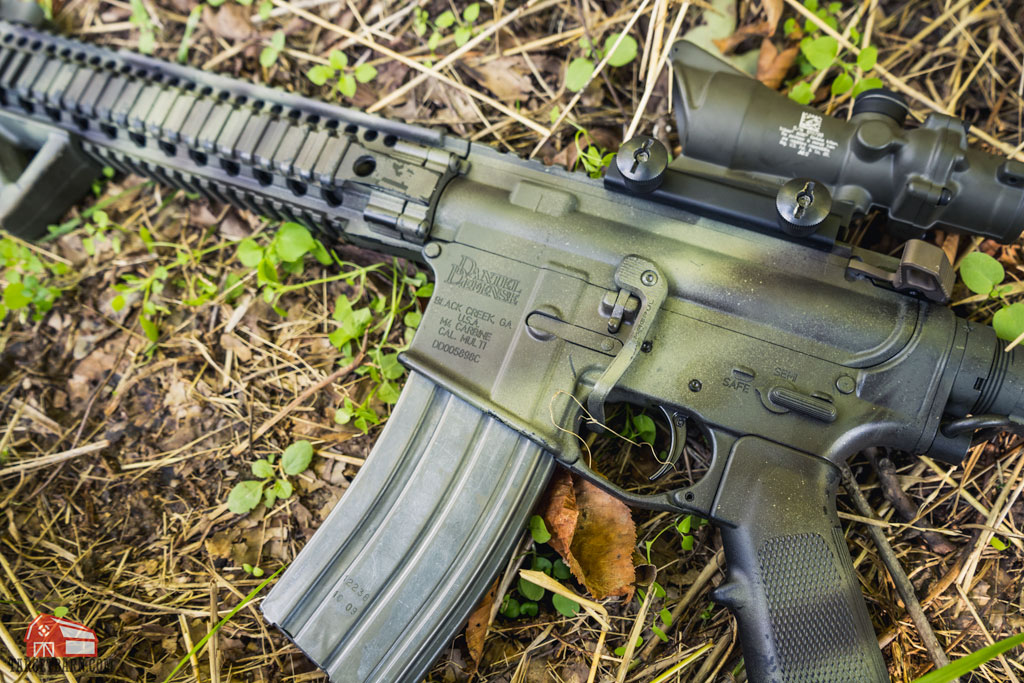 Because in a 5.56 chamber the distance from the bore to the rifling is longer. This unrifled area is the freebore. The more freebore a projectile has to pass before it engages the rifling, the more accuracy is lost. More freebore = less accuracy. That’s why bolt guns chambered for .223 Remington specifically use .223 Remington chambers. It’s also why the aforementioned .223 Wylde chamber uses the .223 Remington freebore.

The difference in accuracy between 223 and 5.56 is not enough to matter to the average AR15 buyer. This is also why the manufacturers who don’t use .223 Wylde chambers all use 5.56 chamber dimensions. A quick check on the internet shows that Sig, Springfield Armory, Daniel Defense, and Colt list their rifles as chambered for 5.56. In 2020, you’d be hard-pressed to find a rifle from a reputable manufacturer that wasn’t chambered for 5.56. This is thanks in no small part to the surplus 5.56 ammo that was plentiful before the pandemic. 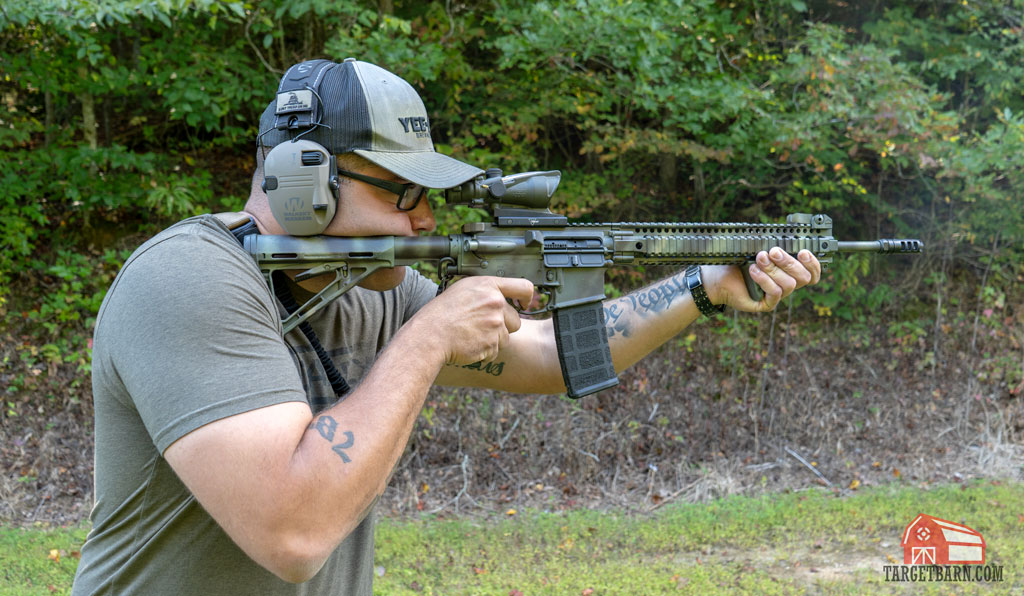 If you have an AR15 rifle made by a modern, reputable manufacturer you can shoot whatever you want through it and it will be fine. If you have a bolt action rifle that says “.223 Remington” on it, just shoot that. Pretty simple, right?

Hopefully this has cleared up any questions you had about the difference between 5.56 NATO and .223 Remington ammo, and done it in a way that’s accessible and easily understood. Perhaps someday we’ll see great volumes of milsurp 5.56 NATO on the market again, and when we do you can point your friends to this article to help them out.