Fiber Optic vs. Tritium Sights – What’s the Difference & Which is Better?

You may wonder which type of sights you ought to add to your handgun. The debate over fiber optic sights vs. tritium sights is a hot one these days. In this article we’ll analyze both and then compare the two so that you can make an informed decision.

What are Fiber Optic Sights? 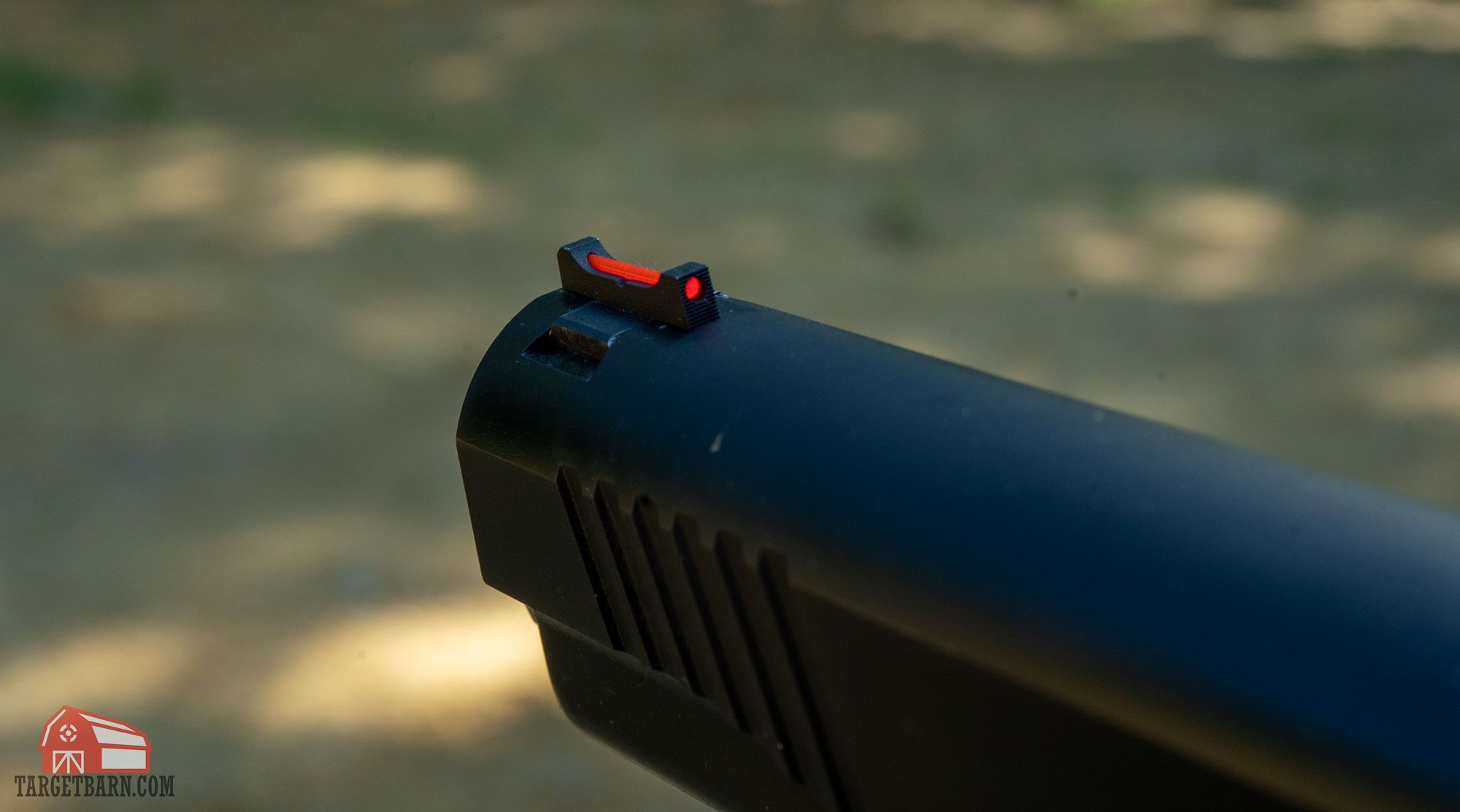 Optical fiber is a pliable and transparent string of glass or plastic. It may be as thin as a human hair, but the optical fiber used to make gun sights is considerably wider. There are several applications for optical fiber. Its ability to transmit light suits it especially well for communications. Transferring data at nearly 200 miles per second means you can place an Amazon order for the boxed set of Hill Street Blues practically instantaneously.

But if you already own Hill Street Blues, you’ll still appreciate optical fiber’s ability to channel light when it’s in your gun sights. The material is almost perfectly reflective. It can suck up all the light that hits it and illuminate itself. This makes it incredibly easy to see in many lighting conditions.

Optical fiber can be made in any color, but red and green are the most popular for gun sights. Which color should you choose? Whichever one you like, so long as it’s bright enough and you can take a good sight picture!

The length of optical fiber doesn’t really come into play when it’s used to make gun sights. Its width is the only dimension you’ll make out while you’re holding a handgun. Here you have a tradeoff to consider. Wider optical fiber is easier to see, but it will occlude the thing you’re shooting at. If your eyesight has taken a toll from watching Emmy award winning police dramas, that’s a compromise you may have to accept.

What are Tritium Sights?

Tritium is a radioactive hydrogen isotope that either occurs naturally (albeit rarely) or is made artificially. Radioactivity can be very dangerous, which is why Chernobyl is an unpopular camping destination. However, tritium’s low energy isn’t capable of penetrating human skin. We would tell you not to eat tritium, but if that kind of warning is relevant to you it probably won’t do you much good anyway.

You are probably already familiar with the way tritium works. That’s because you surely encountered a glow-in-the-dark toy by the time you were three years old. Expose the substance to light, and it will continue to produce its own light afterward. Tritium accomplishes this because it emits electrons through a phenomenon called “beta decay.” When those electrons interact with a phosphor material, the result is visible light. That light is not so strong that it would impact a shooter’s night vision, however.

Ever hear the term “half-life?” It means the time taken for an isotope’s radioactivity to fall to half of its original value. Tritium’s half-life is approximately 12.5 years. This means that the light it emanates will only be half as strong after that amount of time. Still, the tritium illuminating your gun sights may be bright enough to be of some value after that time. Just bear in mind that tritium sights are never a permanent fix, and on a used firearm there’s no telling how much potency they have remaining.

Fiber Optic vs. Tritium Sights – Which is Better?

If you were to choose between fiber optic vs. tritium sights for your everyday carry, which one would be better? Let’s break down the facts, just like Detective Mick Belker would on an episode of Hill Street Blues.

When it comes to price, optical fiber has tritium soundly beat. Fiber optic sights regularly go for about half of the glow-in-the-dark alternative. If the dollar is your sole consideration, fiber optic is the way to go.

Optical fiber refracts light from the environment in order to illuminate itself. If it is very dark in the place where you have to draw your weapon, its benefit will not be as noticeable. Tritium produces its own light, however, so even if you have to defend yourself in near perfect darkness you’ll at least be able to see your sights.

In the daytime it’s a different story. The light tritium emits won’t be visible if it has got the sun or lamps to contend with. Optical fiber will be nice and bright, almost as though it is electrified, in fact.

The debate over fiber optic vs. tritium sights depends on your own personal risk assessment. If you don’t like the idea that your gun sights will eventually spoil, don’t expect to be attacked where it’s very dark, and would rather spend less money, you’re probably a fiber optic candidate. If you’re comfortable paying a little more for perishable sights that you will be able to see in very dark lighting conditions, you would do well to sign up for tritium.

But what if you want the best of both worlds? Good news: There are sights that incorporate both optical fiber and tritium! TRUGLO makes TFO (Tritium Fiber Optic) sights that are bright in the daytime and luminescent in the nighttime. You can get a set for your Glock for about $125, which isn’t all that much in the relative scheme of things. That’s about the same price as the boxed set of Hill Street Blues!