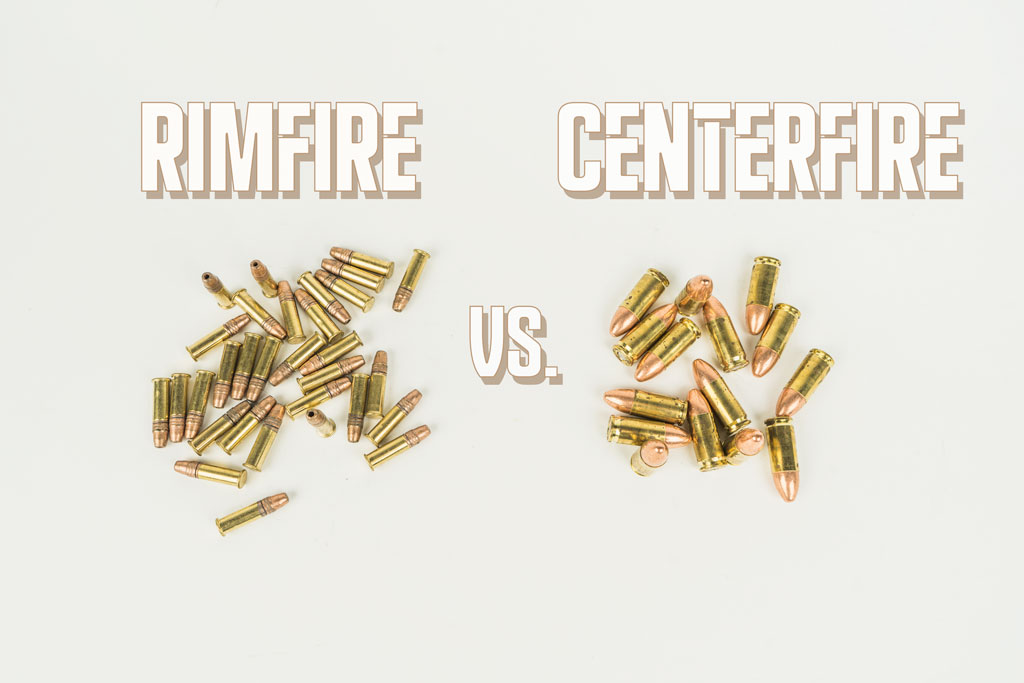 New firearms owners have probably seen and heard references made to two different types of ammunition: rimfire vs. centerfire. Keep reading to understand their differences and why each plays an important role for shooters.

What is Centerfire Ammo?

The most popular centerfire calibers are 9mm (commonly used for handguns) and 5.56/.223 (commonly used in many rifles types). But there are dozens of different handgun and rifle centerfire rifle ammunition types and calibers.

What is Rimfire Ammo?

The rim of the rimfire cartridge is very much like an extended, widened percussion cap – which contains the priming compound. Because of this design, rimfire ammunition is inherently less reliable than centerfire ammunition. Some of the more popular rimfire calibers include .22LR, .22 Long, .22 Magnum, and .17HMR.

Rimfire rounds are limited to relatively low-pressure loads and the spent casings are not reloadable. It is also less expensive to manufacture, so it tends to have a lower price per round relative to reloadable centerfire ammunition.

Why Use Rimfire Ammo?

The lower pressure loads of rimfire cartridges tend to be popular for small-game “varmint” hunting, sport shooting, and “plinking” but less preferred for self-defense. That’s not to say that rimfire ammunition can’t be lethal to human beings. Manufacturers make round nose and hollow point bullets in rimfire cartridges — just like centerfire rounds.

Centerfire shooters also use rimfire firearms as training platforms because of the lower cost. Some manufacturers, for example, have released rimfire variants of the popular AR-15. These rimfire AR-15s are great to train with because their manual of arms is identical to their centerfire counterparts. They cost less and are much cheaper per round to shoot than the 5.56/.223 ammunition for which most AR-15s are chambered.

Rimfire vs. Centerfire: Which is Better? 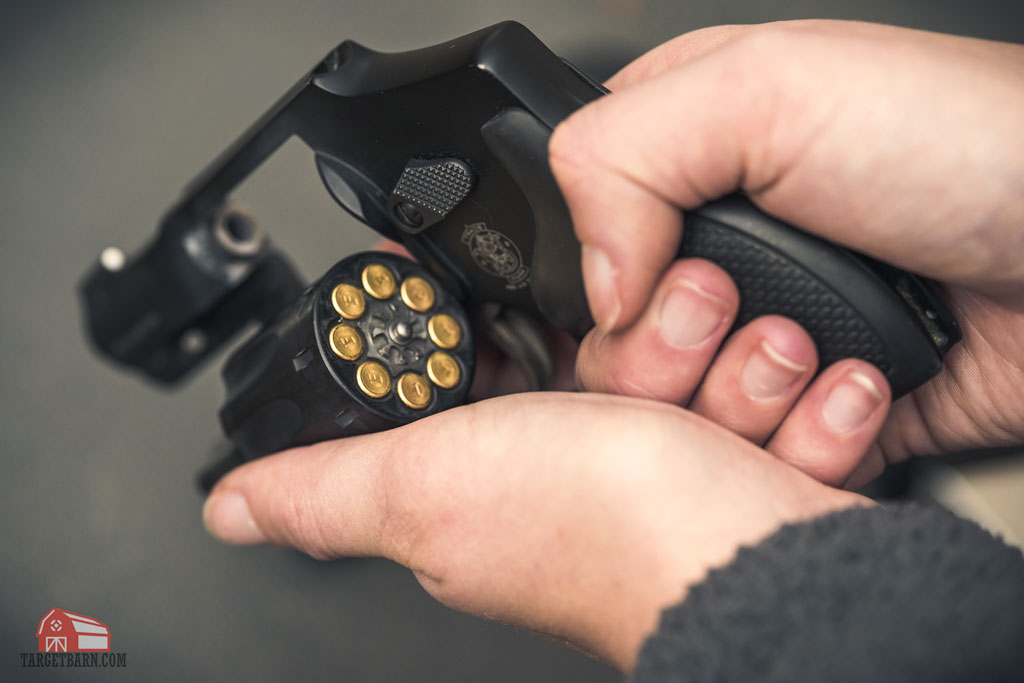 So which ammunition type is better? That really depends on how you want to use it.

While the higher pressures and velocities of centerfire ammo generally make it the preferred choice for self-defense, there are many valid reasons for using rimfire ammunition. The recoil produced by a centerfire handgun is unmanageable for some shooters and they simply can’t operate them. Elderly shooters sometimes prefer to use a rimfire handgun because of the reduced recoil. This isn’t an ideal option, but it’s a much better choice than not having any firearm for self-defense.

Rimfire rounds may not pack the punch of a centerfire round, but because of their smaller size, you usually have more rounds available to you as compared to a centerfire firearm of similar size and function.

So whether you’re talking about small game hunting, training, recreation, sport, or even self-defense, rimfire definitely has a place right alongside centerfire firearms and ammunition. If you haven’t done so already, adding a rimfire firearm to your collection is both inexpensive and some of the best fun you’ll have while shooting.