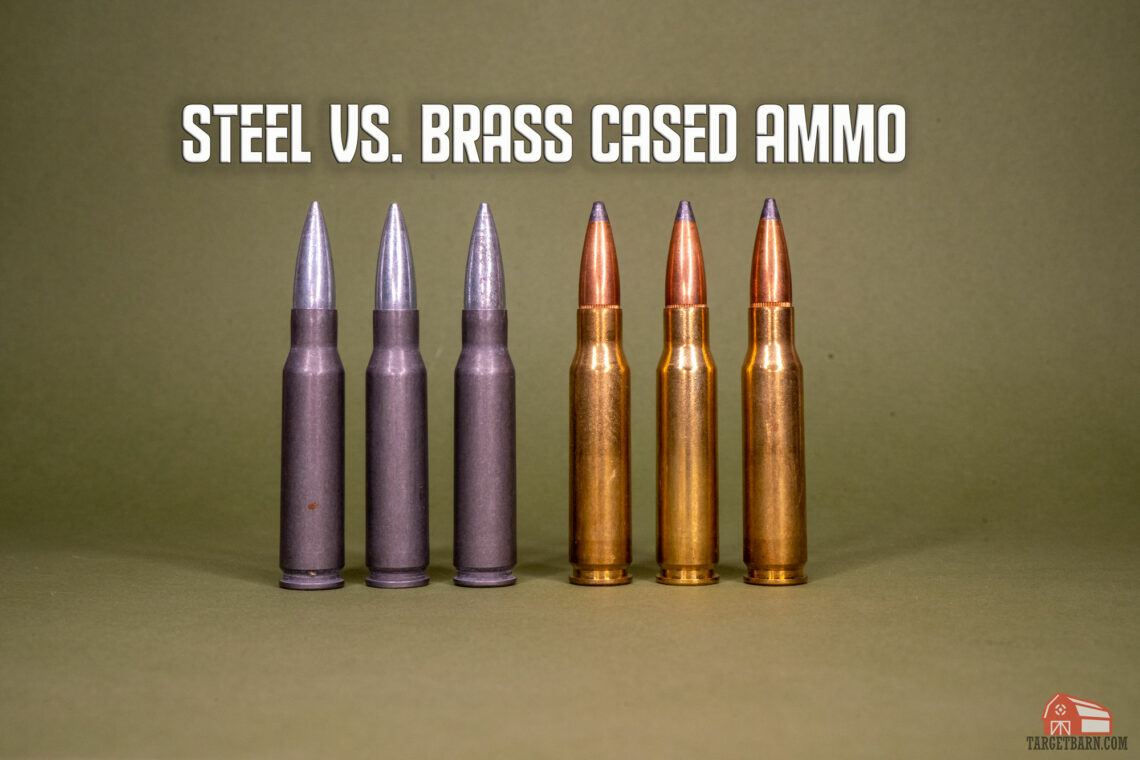 Steel vs. Brass Ammo: What You Need To Know

Brass and steel are the two most popular metals used to make ammunition cases. New shooters are likely to appreciate that steel-cased ammo costs less – but they will also wonder why. Without delving too deep into the science of metallurgy, we’re going to tell you the pros and cons of steel vs. brass ammo cases. 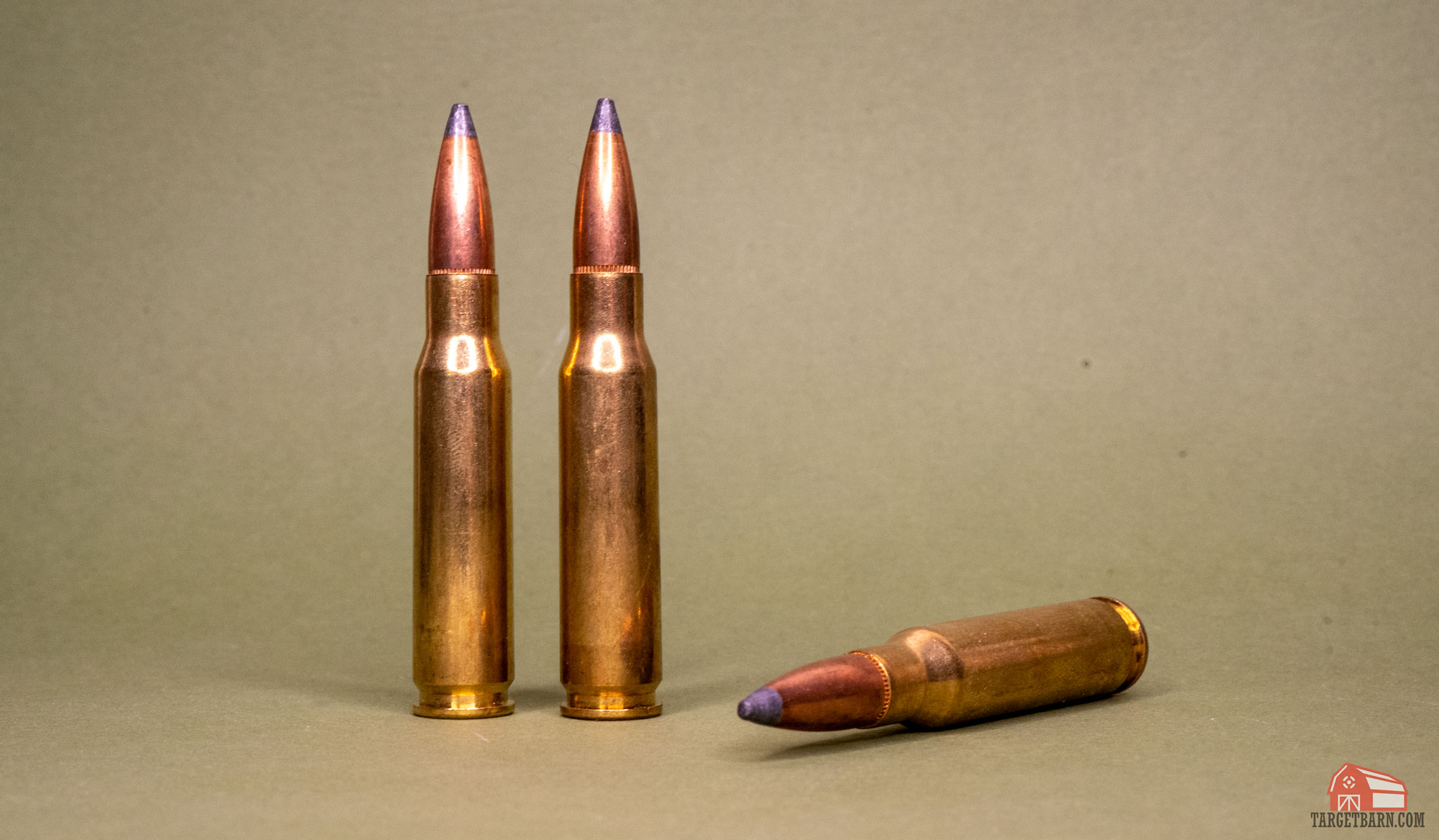 To kick off the steel vs. brass ammo debate, we’ll start out by looking at the pros and cons of brass cased ammo.

Brass is by far the most popular metal for cases. The reason? Elasticity. We’re not talking about the material that holds up your sweatpants, but rather the property which enables a brass case to expand during ignition and return to its original dimensions afterward.

When a brass case expands during ignition, it effectively forms a tight seal around the chamber. This prevents burnt propellant residue from blowing back into the action, thus preserving the firearm’s functionality by keeping many of its moving parts relatively clean.

Following ignition, a brass case returns to essentially the same dimensions it possessed when it was originally loaded at the factory. This is essential for handloaders who like saving money by reloading their previously fired ammo. Instead of ordering brand new cases, they can just reuse the ones they already own (or scavenged from the ground at the gun range – a time-honored practice among savvy handloaders). 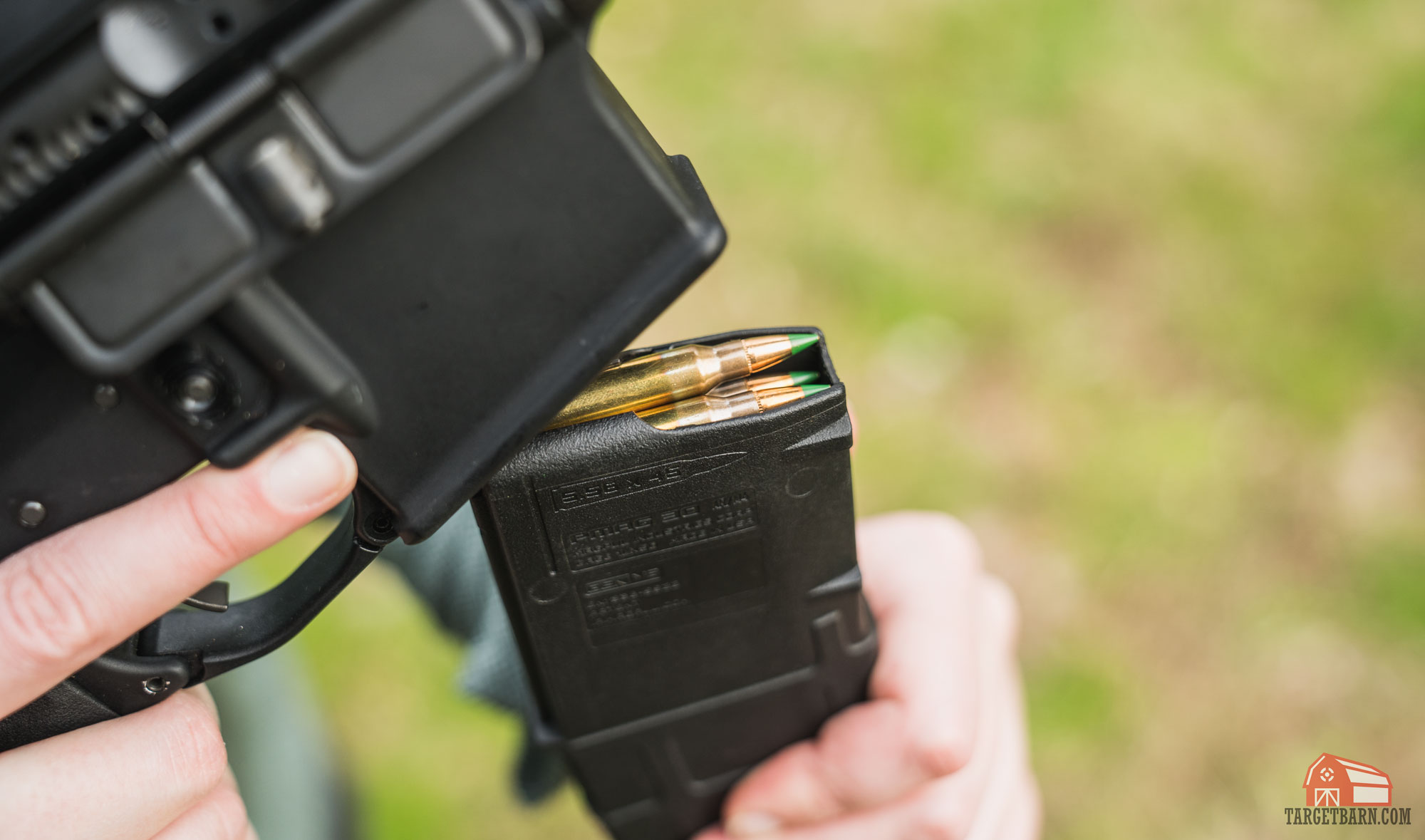 Their elasticity gives brass cases another great advantage: reliable feeding and extraction. A brass case is less likely to become lodged in the chamber once it has returned to its original dimensions. It is also less likely to cause other issues during extraction, including stovepiping where the case gets stuck in the ejection port instead of thrown clear of it.

Brass-cased ammunition is also of generally higher quality than steel-cased ammo. That largely means it has been manufactured according to tight specifications which promote greater functionality in firearms that are designed to feed, fire and extract ammo which adheres to specific dimensions.

Brass may become tarnished, but corrosion can happen to any other metal used to make cases. Brass’s most significant shortcoming is its price tag.

Brass is an alloy: about 60% copper, with the remainder being zinc. Copper, as you might know, is a valuable metal which has several other commercial and industrial applications. Unfortunately for us, only 0.0068% of the Earth’s crust is comprised of copper. As of late 2021, copper goes for $4.31 per pound.

In short, when you buy brass-cased ammunition, you’re also buying a significant amount of valuable copper. But there are other, cheaper metals that are suitable for manufacturing cases – which brings us to steel.

Next we’ll look at the pros and cons of steel cased ammo, not to be confused with steel core ammo.

The iron needed to forge steel comprises 6.3% of the earth’s crust. That means it is over 900 times more abundant than the copper requisite for making brass! And as of late 2021, light iron goes for a mere $0.01 per pound. That means you can get practice time in for cheaper with ammo like the steel cased Wolf 9mm 115 gr.

Do steel cases offer any other advantages beside their lower price tag? No. They do have plenty of disadvantages, though.

The steel case’s disadvantages mostly stem from its relative inelasticity. In other words, it cannot return to its original dimensions like brass can. 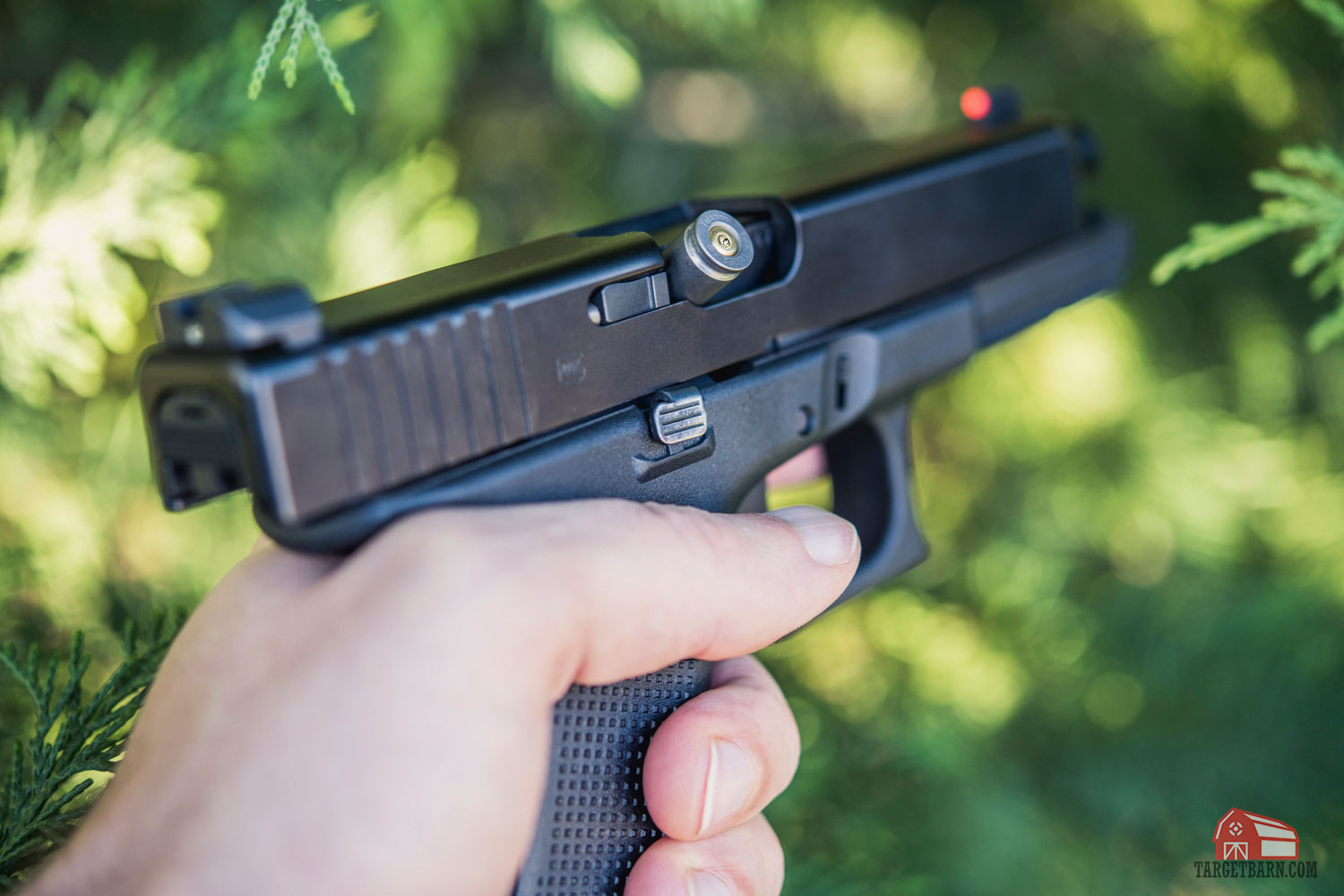 The first problems stemming from steel’s inelasticity become apparent during ignition. Steel cases do expand during ignition, but they fail to contract afterward. That may cause certain firearms to experience problems during extraction. If a steel case becomes wedged in the chamber or lodges in the ejection port, the shooter will have to manually clear it.

Many manufacturers coat their steel cases in lacquer or polymer to help reduce metal-on-metal friction which could complicate feeding and extraction, but these treatments still do not make steel cases as reliable as brass ones.

Ironically, lower quality firearms may run steel-cased ammo more reliably than their more expensive counterparts. That’s because cheaper guns are engineered according to lower tolerances, which in turn makes them less sensitive to irregularities in case dimensions. (They’re still never going to be as accurate as precision-built firearms, however.)

Inelastic steel cases also tend to leave a firearm dirtier. Steel cases cannot expand to seal off the chamber during ignition as efficiently as brass ones, so more propellant gas residue is able to enter the firearm’s action. To most shooters this only represents a mild inconvenience, but it’s still worth noting.

The steel case’s inability to return to its original dimensions also makes it unsuitable for handloading. Reloading steel cases is not in fact impossible – but resizing steel cases is just so labor intensive that it’s simply not practical unless you have to fight off a gang of blood-thirsty cannibals during an apocalyptic scenario.

The steel-cased cartridge’s other major shortcoming doesn’t actually have to do with its case at all. With some exceptions, nearly all steel-cased rounds have “magnetic” bullets. These aren’t technically magnetic, but they do possess “bi-metal” jackets which are nearly 100% steel and thus able to attract a magnet.

Bi-metal jacketed bullets are cheaper to produce because they contain very little copper, but their predominantly steel jackets have a higher risk of (A) creating sparks, (B) ricocheting or splashing back at the firing line, and (C) damaging range equipment including the backstop. Because of these liabilities, many commercial ranges issue blanket bans on all steel-cased ammo. In other words, you won’t be able to fire your budget-friendly steel-cased ammo wherever you go!

Steel vs. Brass Ammo: The Takeaway 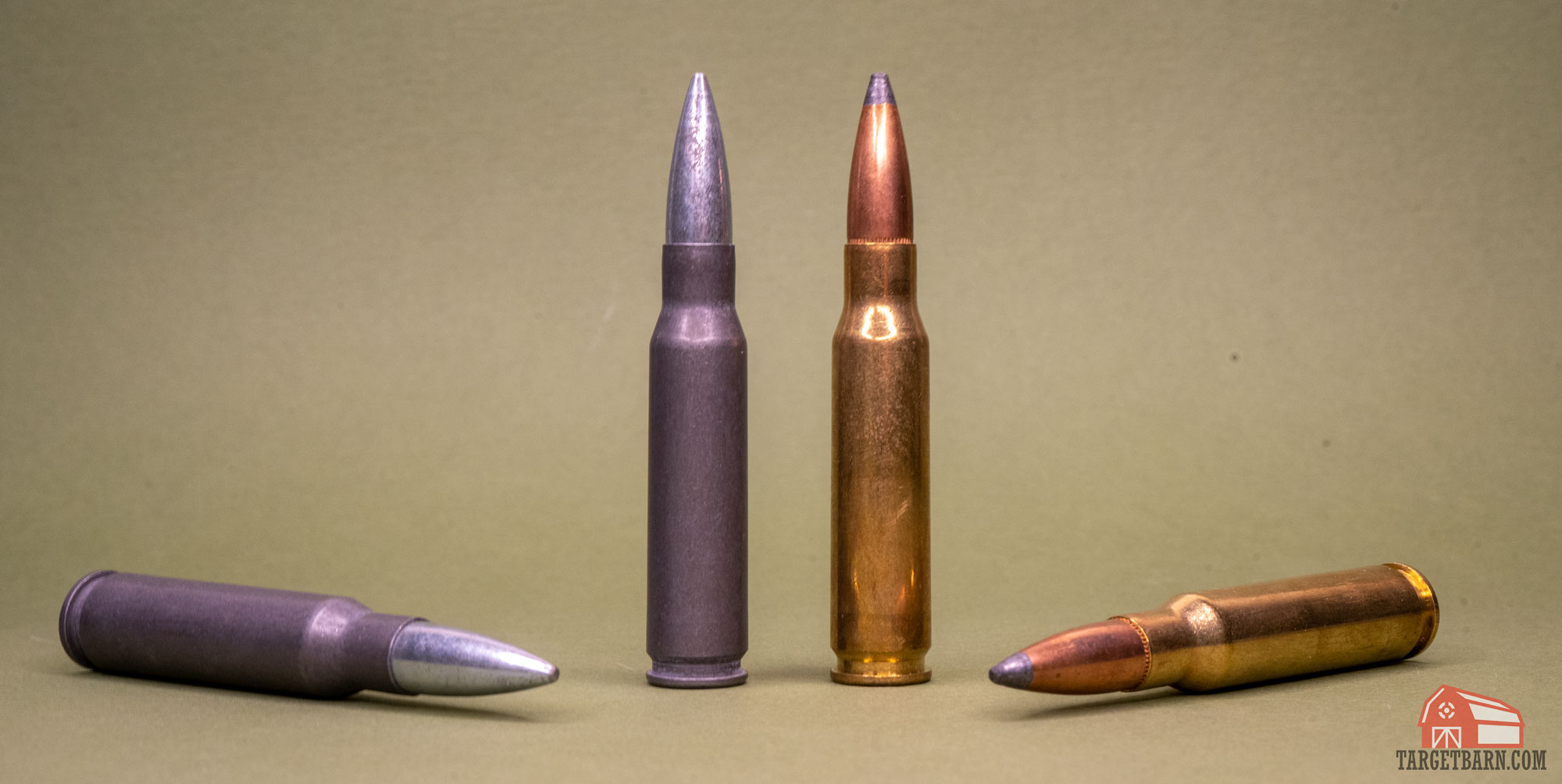 So, what’s the verdict in the steel vs. brass ammo debate? Well, it depends.

Do you want cleaner, more reliable performance from your ammunition, as well as the option to reload your empty cases afterward? Then you want brass cases – although you’ll have to pay more for them. Brass cased rounds like the Blazer Brass 9mm 115 gr. are extremely popular for their reliability

Steel-cased ammo is usually lower quality than brass-cased ammo, and it’s not permitted at all ranges. It also tends to leave a firearm a little dirtier, may cause performance issues in some firearms, and makes reloading (practically) impossible. But if you want to save a significant amount of money on your range ammo, steel cases are where it’s at!