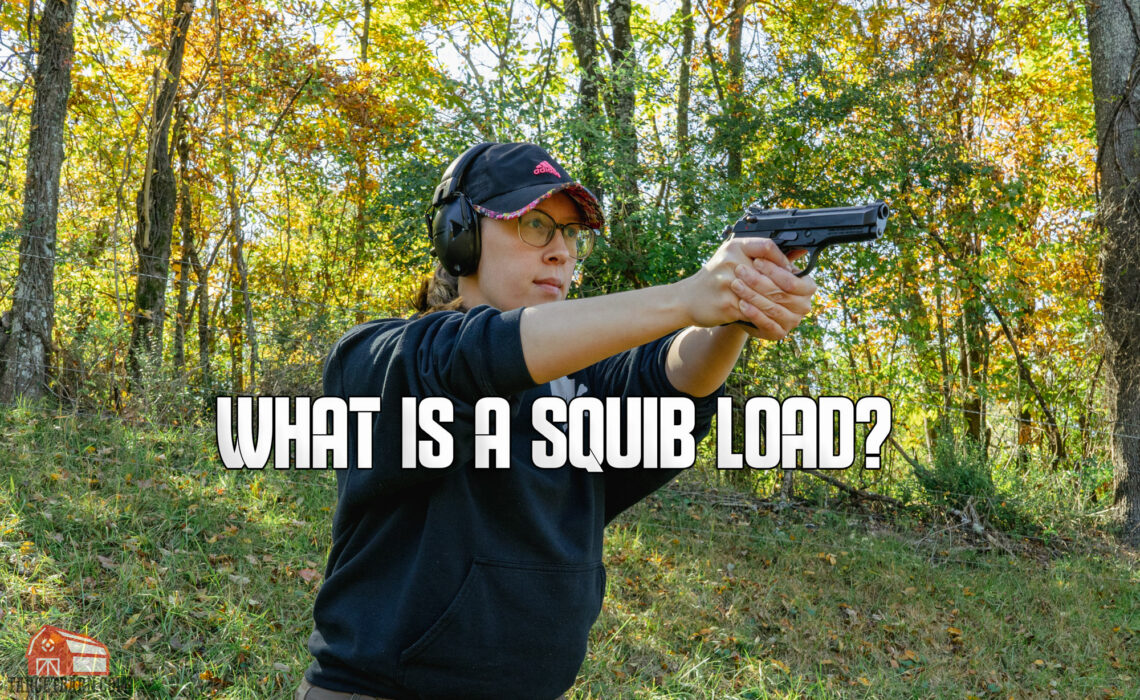 What is a Squib Load?

In my years working at an indoor gun range, I saw all sorts of gun malfunctions, one of them being the squib load. While squibs aren’t the most common type of malfunction, they can be dangerous if you don’t catch them when they happen. Not only can a squib that’s gone unnoticed destroy your gun, but it can seriously injure you and anyone around you.

Today we’ll take a look at what a squib load is, how to identify when you have one, and how to fix it.

What is a Squib Load?

A squib load is a firearm malfunction that occurs when an ammo cartridge does not have enough powder to push the bullet all the way out of the barrel. When a squib occurs, the bullet gets lodged somewhere in the barrel.

A squib load becomes dangerous when the shooter keeps firing rounds despite the squib. When the shooter fires a second round, the bullet and all of its gasses have to go somewhere. With a squib load blocking the barrel, the barrel can bulge and even explode under the extra pressure. This can destroy a gun and seriously injure the shooter, or worse.

What Causes a Squib?

Squib loads occur when there is not enough powder inside the casing to push the bullet out of the barrel.

The basic parts of ammunition are the bullet, casing, powder, and primer. In order for a round to go off, the firing pin of the gun must hit the primer. A small explosion occurs when the primer is hit, which ignites the powder. The powder is a fast-burning chemical mixture which coverts to a gas when ignited. This gas creates pressure in case which pushes the bullet out of the barrel. If a cartridge does not have enough powder, there won’t be adequate gaseous pressure to propel the bullet completely out of the barrel. This leads to a squib. A mis-seated or damaged primer can also be the culprit.

Squibs are most commonly seen in handloaded ammo, however they can occur in factory ammo as well.

How to Identify a Squib Load 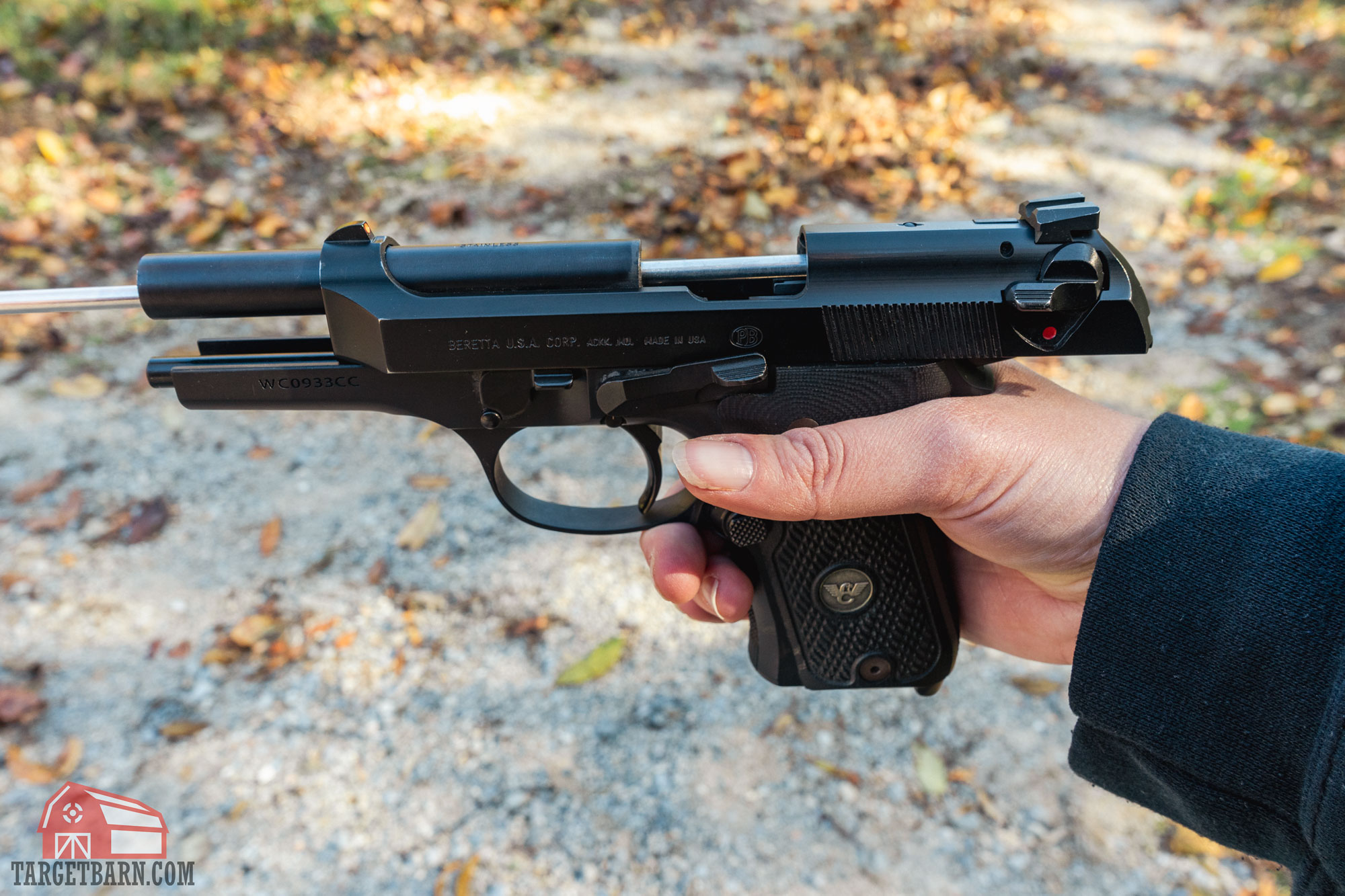 A squib load will not have the typical noise and recoil that you would expect when shooting. First, you will notice that instead of your gun going “boom” when you shoot a round, it will go “pop.” This is the sound of the primer igniting. If shooting a semi-auto gun, you might notice that your gun did not cycle as it would normally. You may also see a puff of smoke leaving the barrel.

After these first signs, it is important to not shoot any more rounds. You can then manually check for an obstruction in the barrel. To check your gun for a squib:

If you are still not sure if you have a squib, you should disassemble your gun to safely inspect the barrel.

How to Remove a Squib Load

If you experience a squib load while shooting at a staffed range, you should call over the range officer for assistance. A gunsmith can help you clear it if you’re lucky enough to be at a range that has one.

To clear the squib yourself:

After experiencing a squib load, it’s not a bad idea to go ahead and clean your gun.

Squib loads can be scary if you’ve never experienced one, but luckily they are rare if you are shooting quality ammo. Being able to identify a squib is the best way to prevent a catastrophic malfunction that can destroy your gun and injure you.