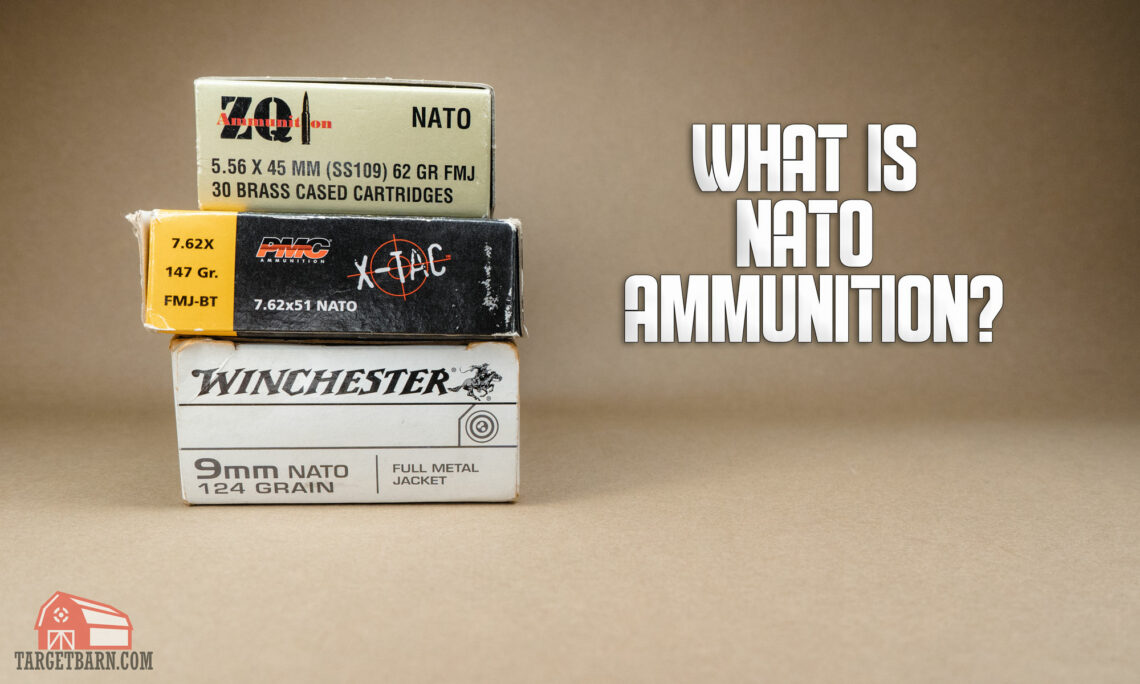 What is NATO Ammunition?

If you’ve ever seen “NATO” printed on a box of ammo, you might have wondered what exactly NATO ammunition is. Luckily, you’ve come to the right place.

Keep reading to learn what NATO ammunition is and if it is safe to shoot through your gun.

What Is NATO Ammunition? 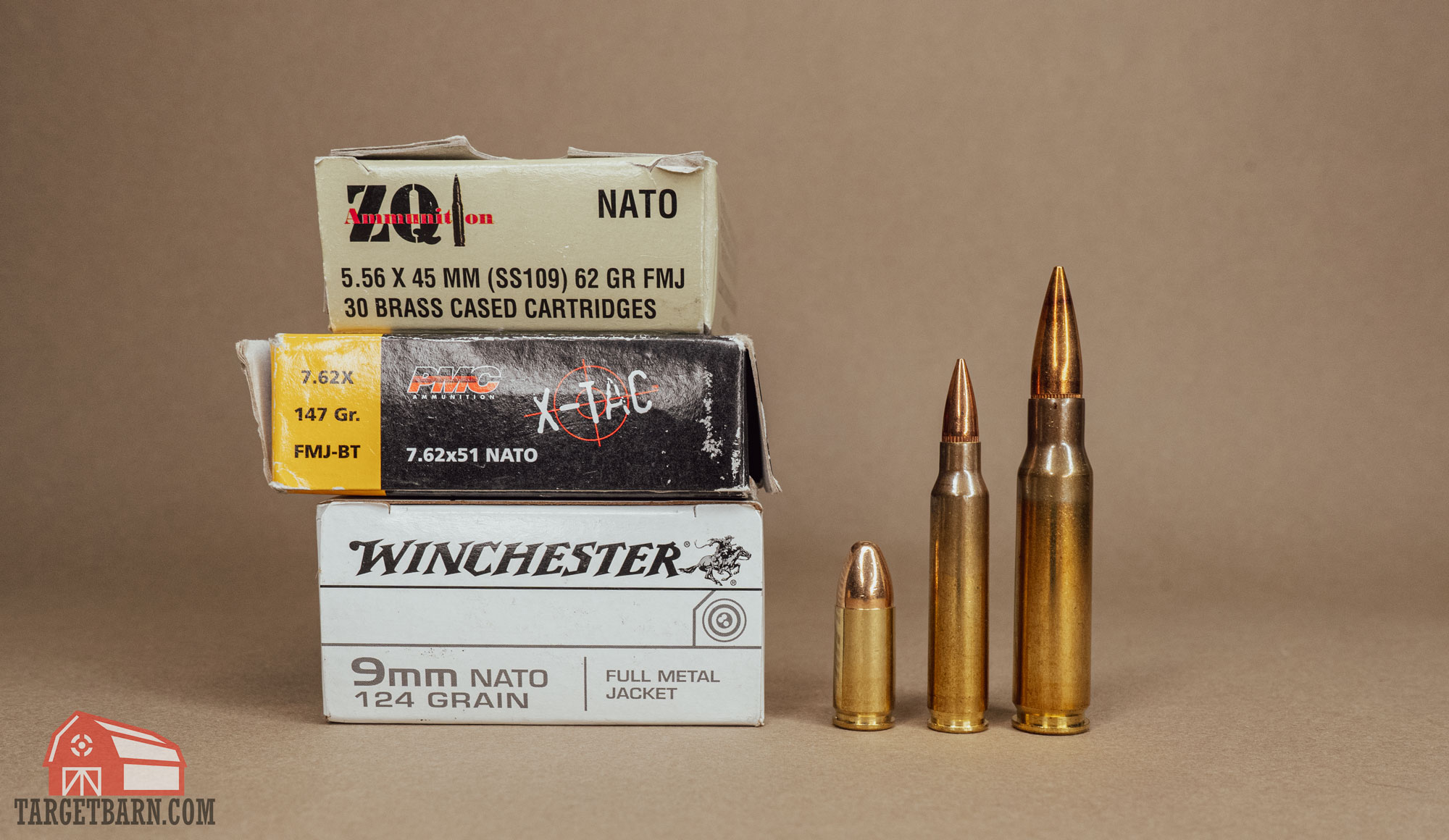 The North Atlantic Treaty Organization (NATO) is an intergovernmental military alliance between 28 European countries, Canada, and the most important country on Earth: the United States of America. It was formed after World War II so member nations would have each other’s backs in the event of attacks by non-member nations (e.g. the Soviet Union).

Let’s suppose things went south and all the NATO forces had to fight together. From a logistical standpoint, the war would turn into an absolute cluster-you-know-what if all the different national armies brought different types of small arms ammunition to the fight. If the French Army ran out of rifle ammunition that no other army’s nation manufactured, their rifles would only be useful for clubbing NATO’s enemies.

To be sure, a NATO country’s military is at liberty to use whichever kinds of small arms ammunition it pleases. If the Icelandic Coast Guard wants to issue .22 Short starter pistols, it’s no one’s job to stop them. But in order to prevent the aforementioned hypothetical cluster-you-know-what, NATO standardized five different cartridges for use by all their members. They are 9x19mm NATO, 5.7x28mm NATO, 5.56x45mm NATO, 7.62x51mm NATO, and 12.7x99mm NATO.

What’s the difference between NATO ammo and regular ammo? 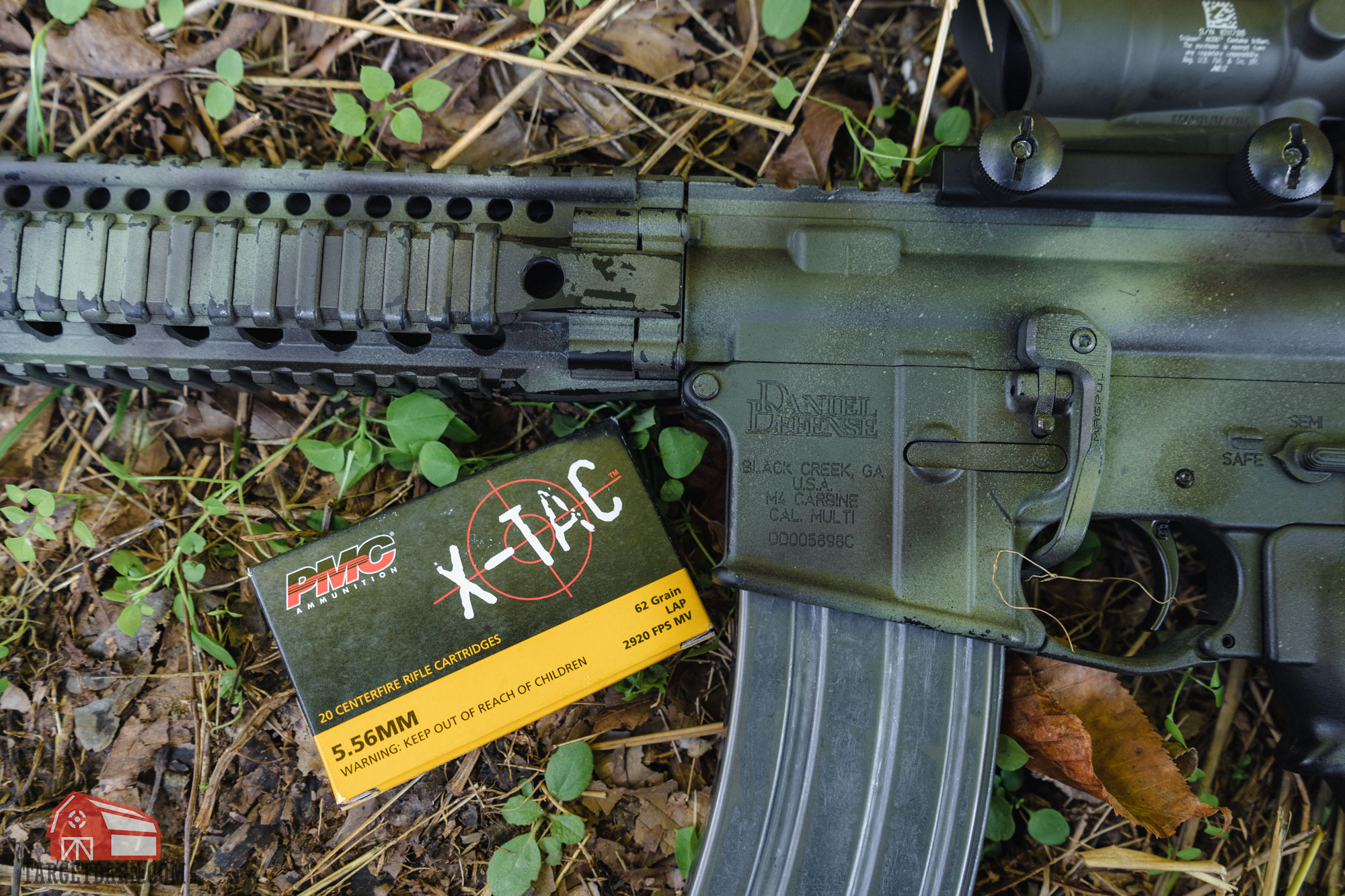 Assuming you’re an average American Joe, you can indeed buy NATO ammunition. (Note that there are some important exceptions. For example, California prohibits possession of 12.7x99mm NATO rifles unless their owners registered those firearms prior to April 30th, 2006.) You may already have purchased NATO ammunition. You may also have purchased ammo that is functionally identical to what NATO members issue. That’s because most NATO rounds have virtually identical commercial variants.

We say “virtually identical” because a NATO round’s exterior dimensions are essentially the same as those of its commercial equivalent. That said, NATO cartridges typically feature different bullets and propellant than commercial ones. Furthermore, a NATO cartridge may be loaded to generate a different chamber pressure than its commercial counterpart. That is important, because it means that a NATO round may be too powerful to safely ignite in a commercial firearm that is capable of chambering it.

Let’s go over the five NATO rounds. We’ll identify their commercial analogs, and also tell you whether you can safely fire them in commercial firearms. 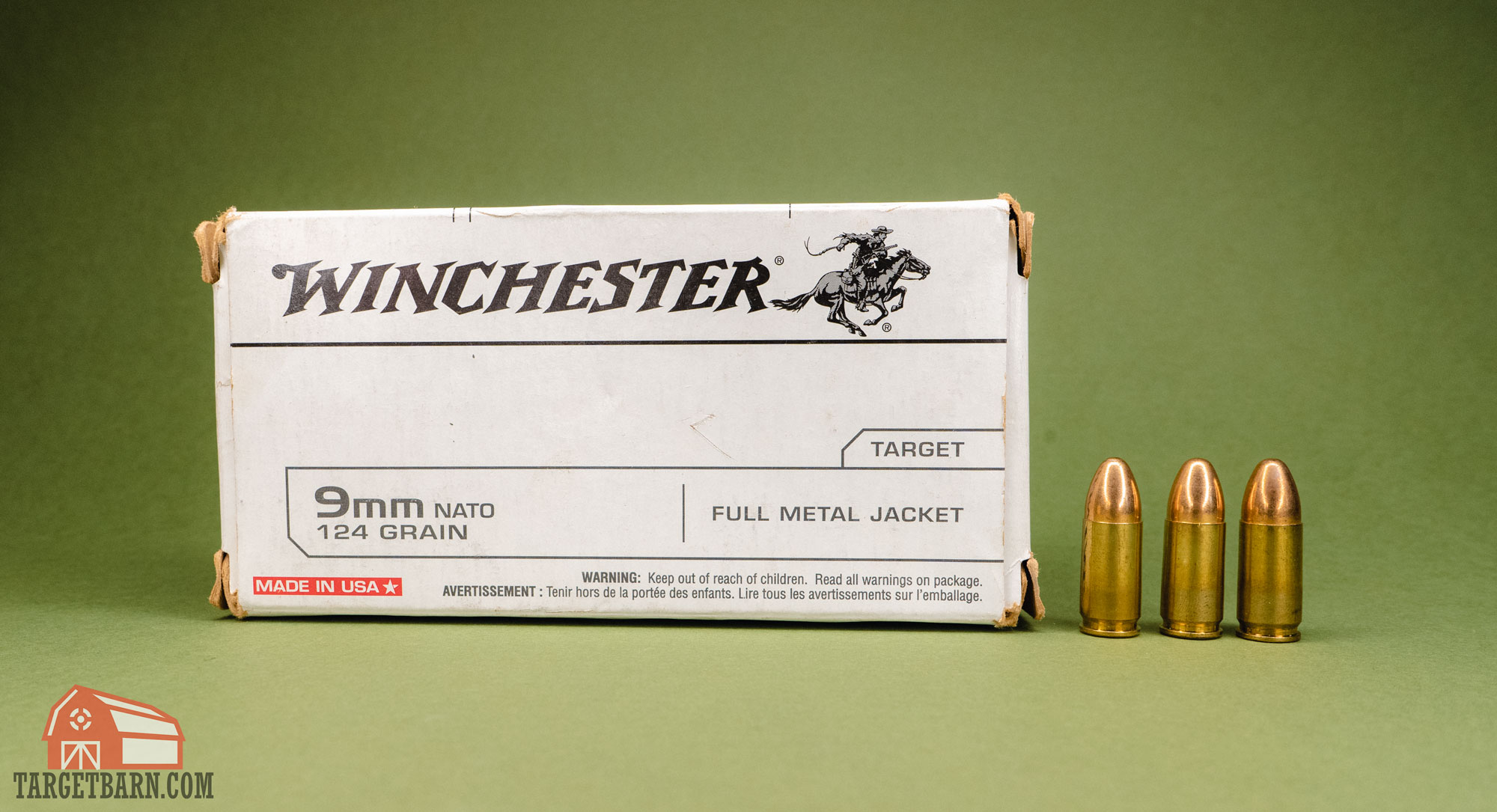 “9x19mm” and “9mm” are two different names for the same exact cartridge. A commercial 9mm round may have a projectile of any type and weight; a 9x19mm NATO (aka 9mm NATO) round is necessarily loaded with a 124 grain full metal jacket bullet.

A commercial 9mm round has a maximum chamber pressure of 35,000 psi. This is according to the Sporting Arms and Ammunition Manufacturer Institute, aka SAAMI, which was founded in 1926 to ensure that American manufacturers produce ammo in accordance with standardized specifications. A 9x19mm NATO round, on the other hand, is loaded to generate an average chamber pressure of 36,500 psi.

What does that mean? In simple terms, 9x19mm NATO is about 4% more powerful than commercial 9mm ammo. It’s not as powerful as 9mm +P (for which SAAMI specifies a maximum chamber pressure of 38,500 psi). However, 9x19mm NATO is still going to produce slightly greater recoil energy.

As a general rule, it is safe to fire 9x19mm NATO in 9mm handguns that are rated for +P. It may be unsafe for very old firearms, as well as ones that are in poor condition. Exercise caution. You never want to hold an exploding pistol. To learn more, you can read our post on 9mm Luger vs. 9mm NATO.

There are exceptions to this rule that we won’t delve into here. We’d rather you just play it safe by abstaining from firing 5.56 in a 223 rifle. Just know that a 5.56 rifle’s slightly different chamber dimensions mean that it cannot exhibit its absolute best accuracy while it is firing 223. If you want the best of both worlds, look into upgrading your AR to a 223 Wylde chamber. 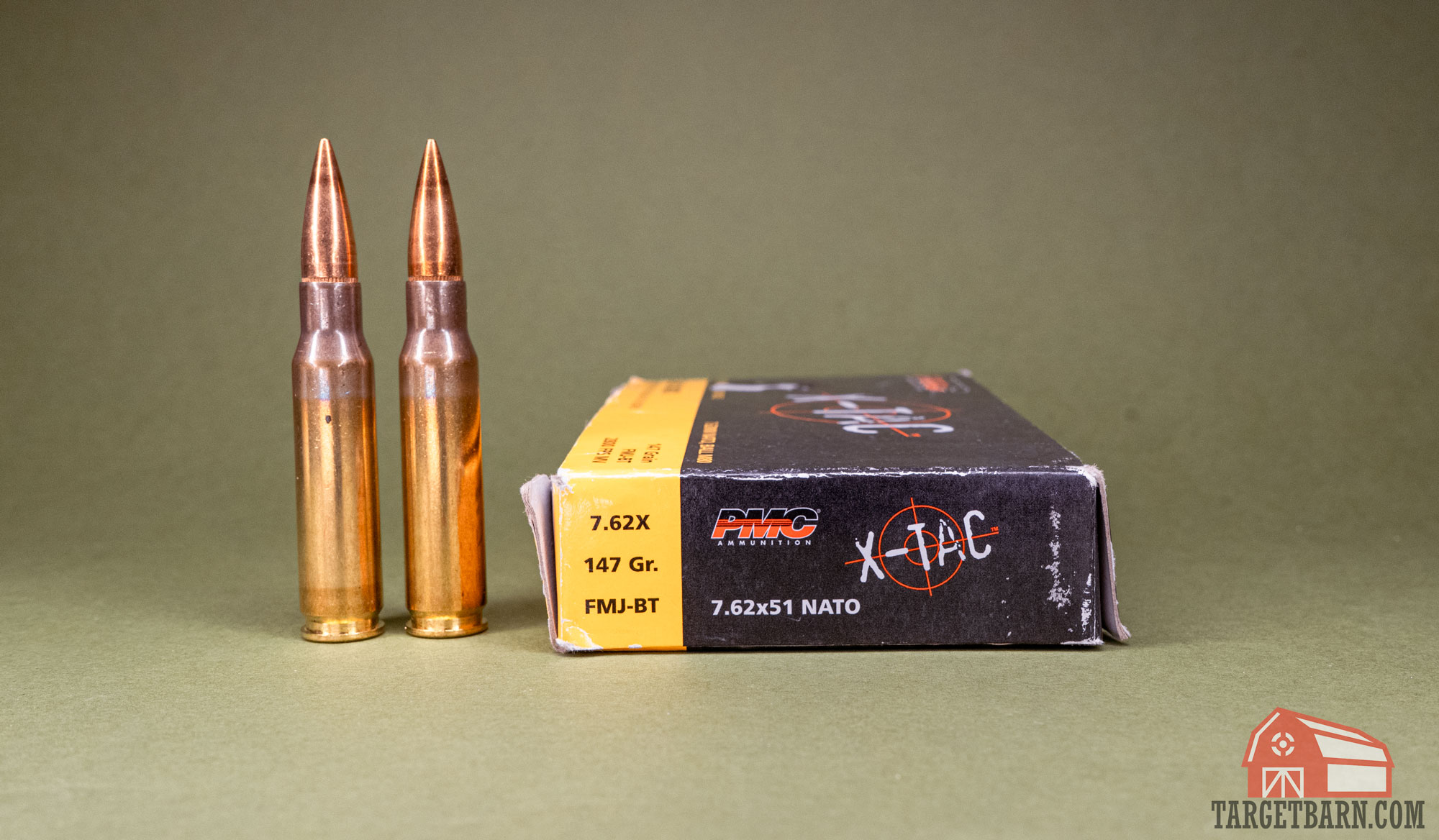 You’re safe to treat the 7.62x51mm NATO and 308 ammo as the same exact cartridge. Even if your rifle is specifically chambered for 7.62×51, SAAMI does not consider it unsafe to fire the slightly higher-pressure 308. If you’d like to learn more about the differences between the two, check out our previous post on 308 vs. 7.62. 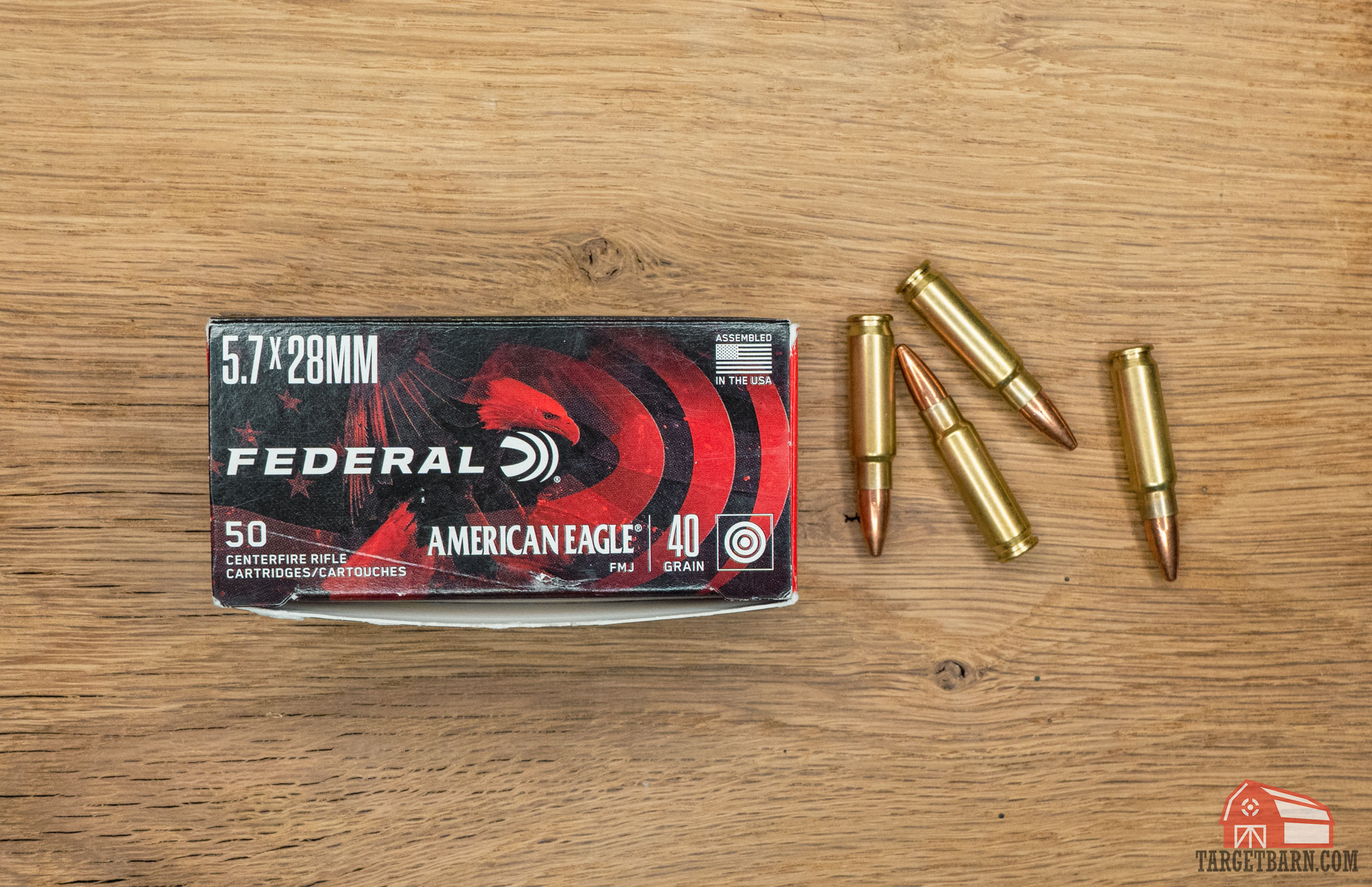 This is the least popular NATO ammunition among American civilians. FN Herstal introduced the pistol and submachine gun round in the 1990s. When NATO formally adopted it in 2021, they made no changes to the round. As such, there is no significant difference between 5.7x28mm NATO and the 5.7x28mm you could buy at a store. Both produce a chamber pressure of 50,038 psi. There isn’t even an alternative name for 5.7x28mm.

You would never hear an American refer to 12.7x99mm NATO by its metric designation. To us it’s the 50 Browning Machine Gun, or BMG. (Some people simply call it the .50 cal.) The high-powered long-range anti-materiel .50 caliber cartridge has a max chamber pressure of 54,000 psi according to the U.S. Army. The 12.7x99mm NATO load’s max pressure is significantly higher at 60,481 psi. Despite that difference, virtually all 50 BMG rifles can safely fire the hotter NATO variant.