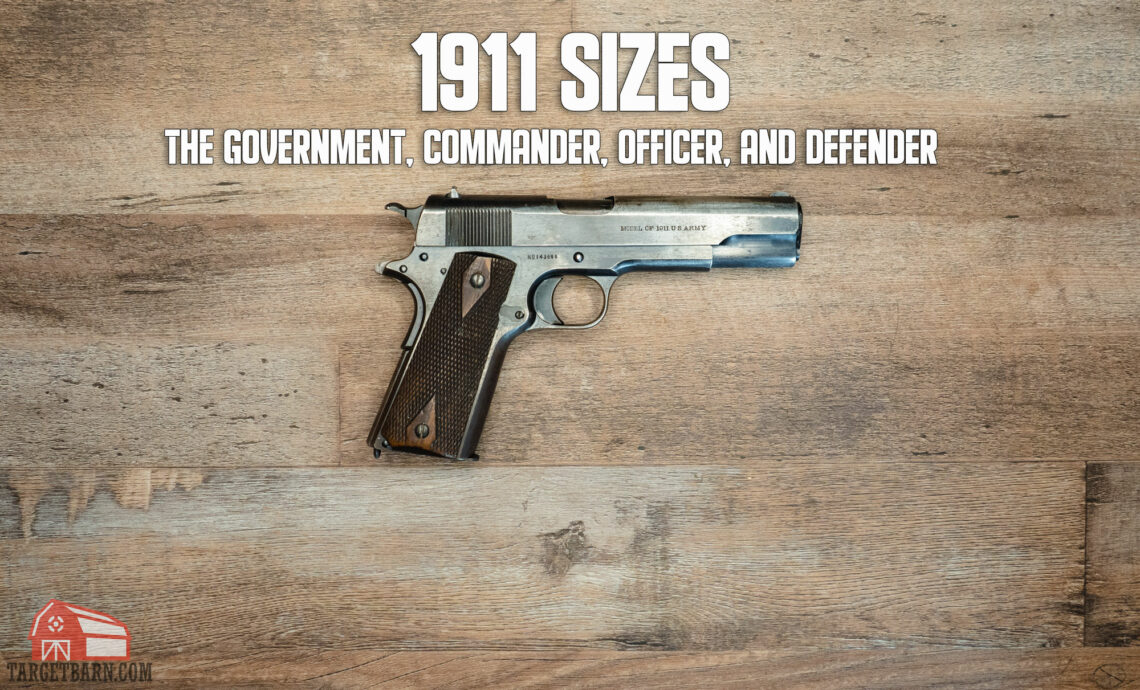 If you’re in the market for a 1911, you may have encountered several different 1911 sizes. Colt’s Government and Commander 1911 pistols are well known, but they’re not the only 1911 sizes Colt developed. In this brief discussion, we’ll compare the Colt Government, Commander, Officer, and Defender 1911s.

1911 Sizes: Government vs. Commander vs. Officer vs. Defender

Let’s take a closer look at each of these 1911 pistols. 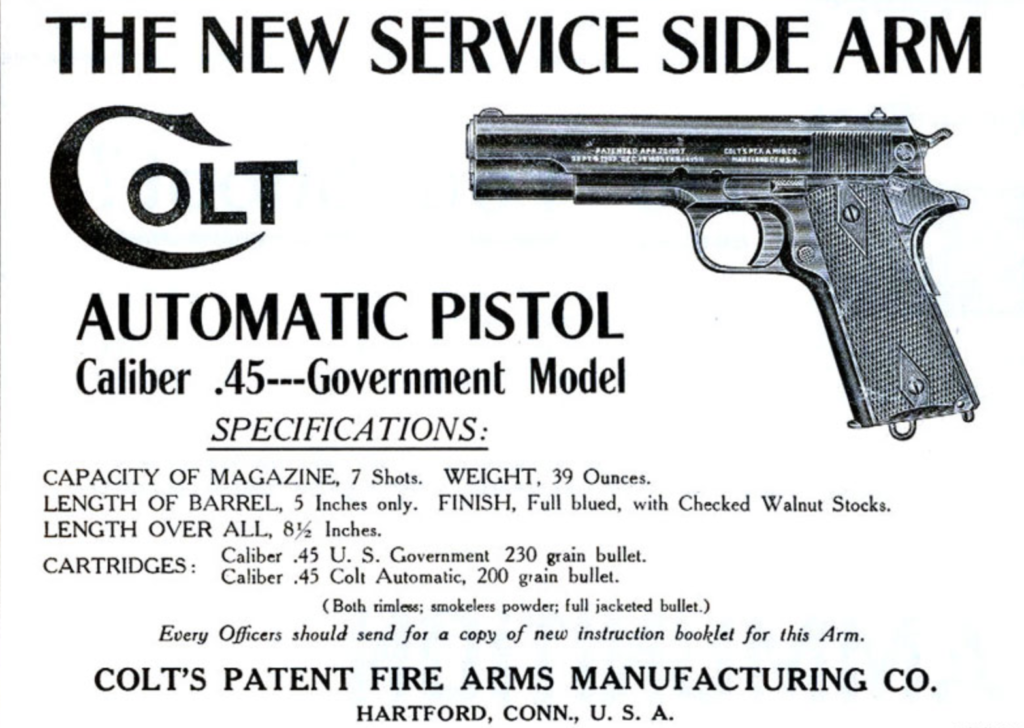 The Government is the original, full-size 1911 developed by legendary gun maker John Moses Browning and adopted by the U.S. military in 1911. Whether you opt for the original 1911 or the later updated 1911A1 configuration, your Government 1911 will have a 5” barrel and total length of 8.25” sitting on a steel frame. The original Government model is chambered in .45 ACP with an 8+1 capacity, though the original 1911 pistols had a 7+1 capacity. Colt offers 1911s in other calibers using the Government frame, including 9mm, .38 Super, and 10mm. Beyond Colt’s offerings, you’ll find other manufacturers designing Government-sized 1911s in even more calibers. Browning designed the gun to be carried on the hip and over 100 years later you will still find shooters carrying the 1911 in that manner.

It’s not surprising that the Government has maintained its popularity and influenced many other 1911 designs. Its single-action trigger pull is short and crisp. Its recoil is easily manageable, likely due to the 5″ barrel and heavy frame. The Government is well balanced and functions reliably when maintained appropriately. 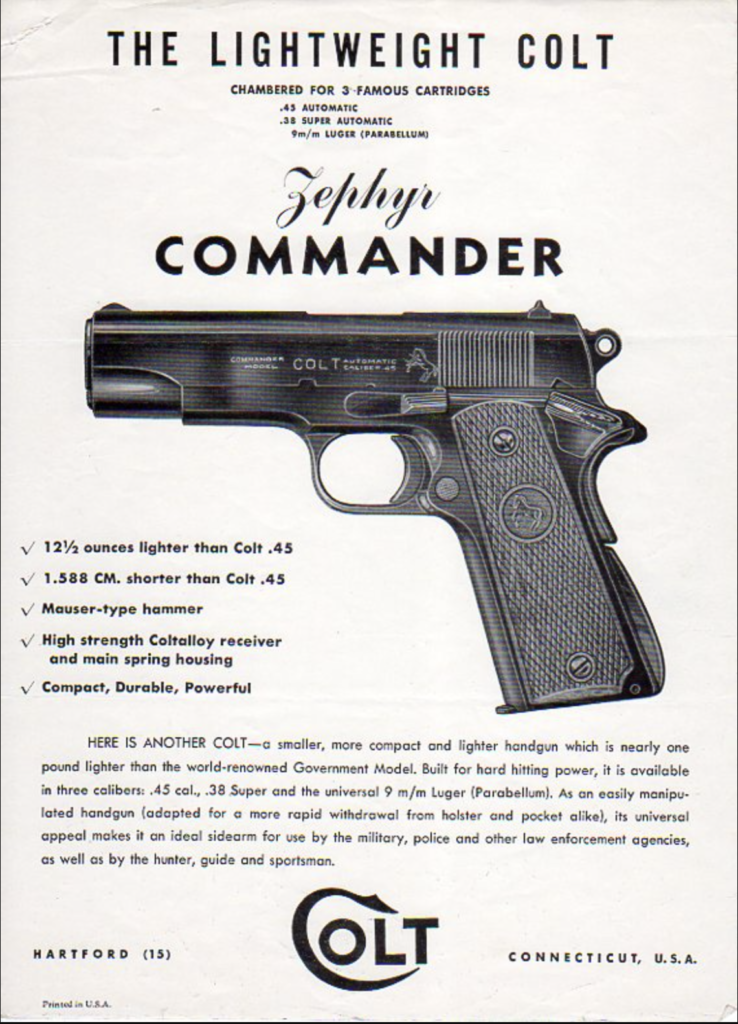 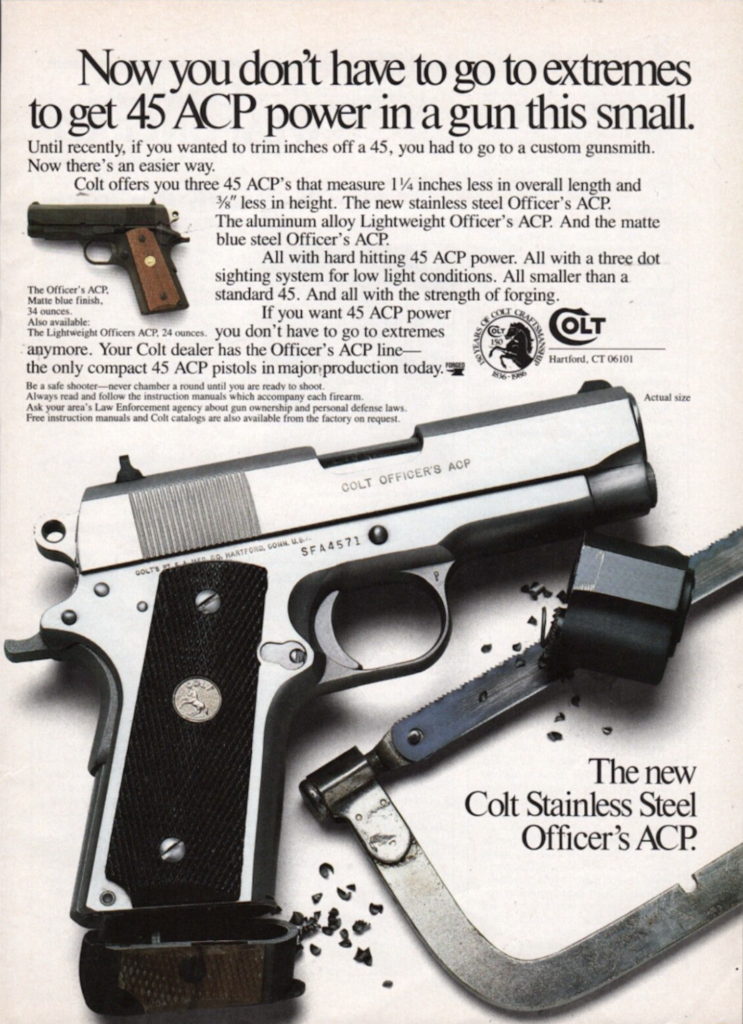 Introduced in 1985 and officially named the Officer’s ACP, the Officer is even smaller than the Government and Commander. Officer 1911s are based off the original Government 1911, shrunk down to a 3.5″ barrel length. The grip is shortened to cut capacity by one round, giving it a capacity of 6+1 in .45ACP. The original Officer featured a steel frame, but in 1986 Colt introduced the Lightweight Officer’s ACP with an alloy frame.

The Officer is no longer in production, likely due to the many mechanical issues it faced. Officer owners reported issues due to weak barrel bushings and recoil spring plugs. Many ended up replacing them with tougher aftermarket parts, which sometimes required machining of the slide.

Colt introduced the .45ACP Concealed Carry Officer’s Model in 1998. It featured an aluminum Officer frame and stainless steel Commander slide with a 4.25″ barrel. Like the Officer’s ACP, it is no longer in production. 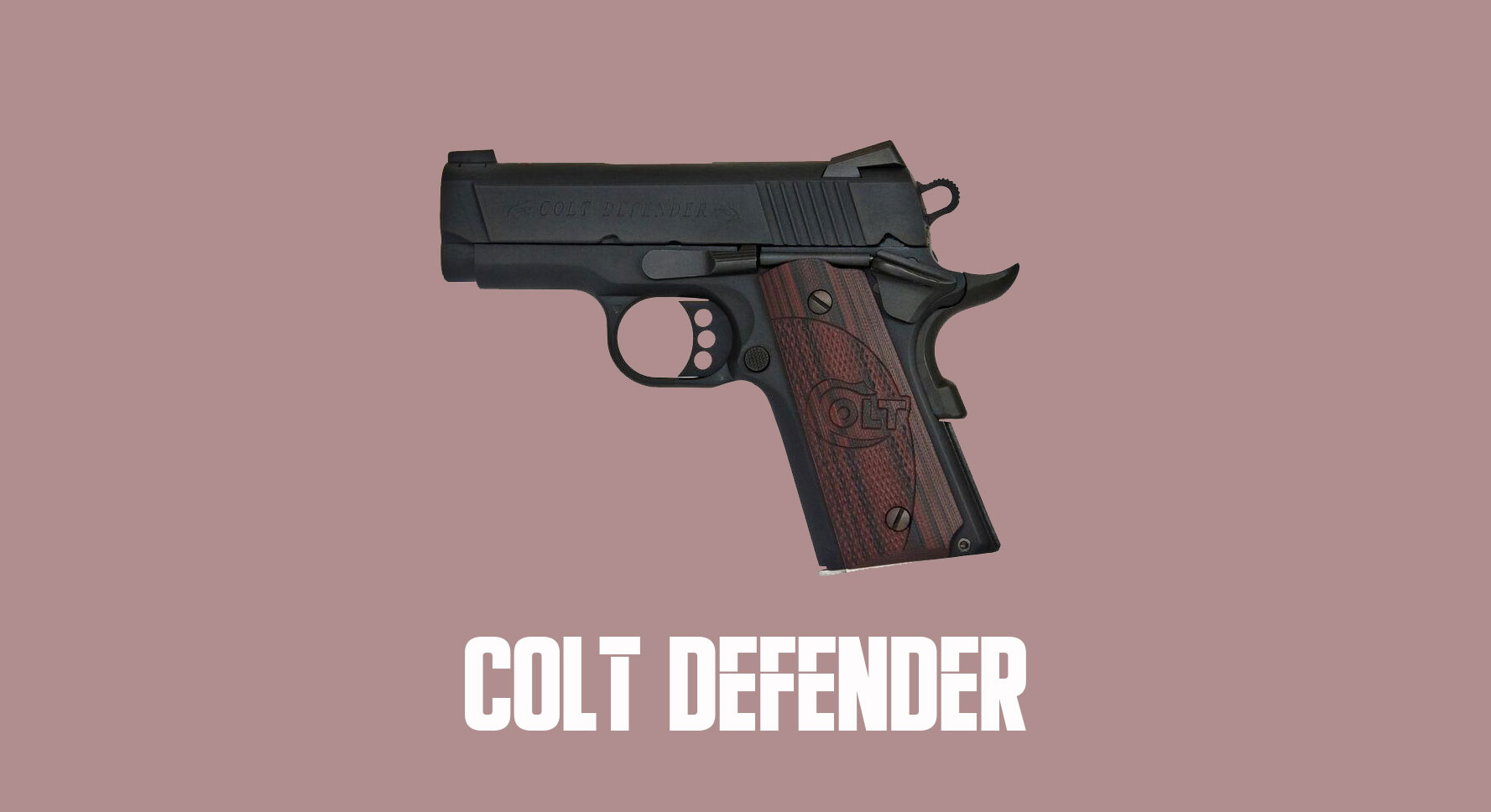 Colt introduced the sub-compact Colt Defender in 1998. The small, lightweight pistol features a stainless steel slide that sits on an aluminum alloy Officer-sized frame. It has a 3″ barrel, making it an easily concealable choice for everyday carry. It was the first 3″ barrel 1911 on the market that functioned reliably. The original Defenders were chambered in .45ACP and .40S&W, though the .40S&W variants are considered a rare find today. Colt revamped the Defender in 2016, offering a stainless steel model in .45ACP and a black and blued model in .45ACP and 9mm. 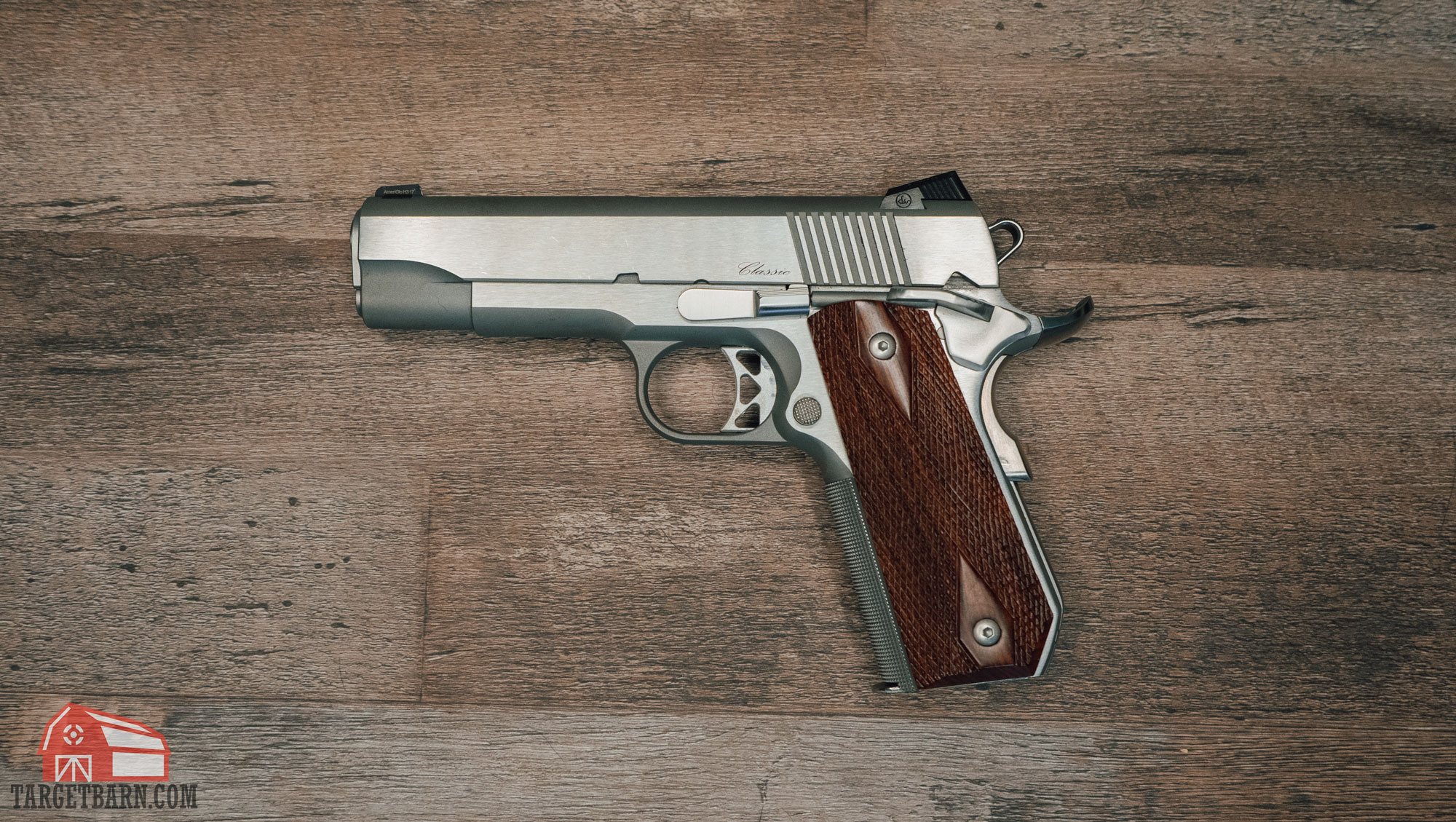 Many firearms manufacturers produce 1911s that may not necessarily be built to the same specs as Colt’s Government, Commander, Officer, and Defender 1911 models.

For example, 4″ 1911s have become increasingly popular for carry in recent years. The Kimber Pro Carry II and Springfield Range Officer Champion are two 1911s with 4-inch barrels that don’t fit into the standard Colt 1911 sizes. 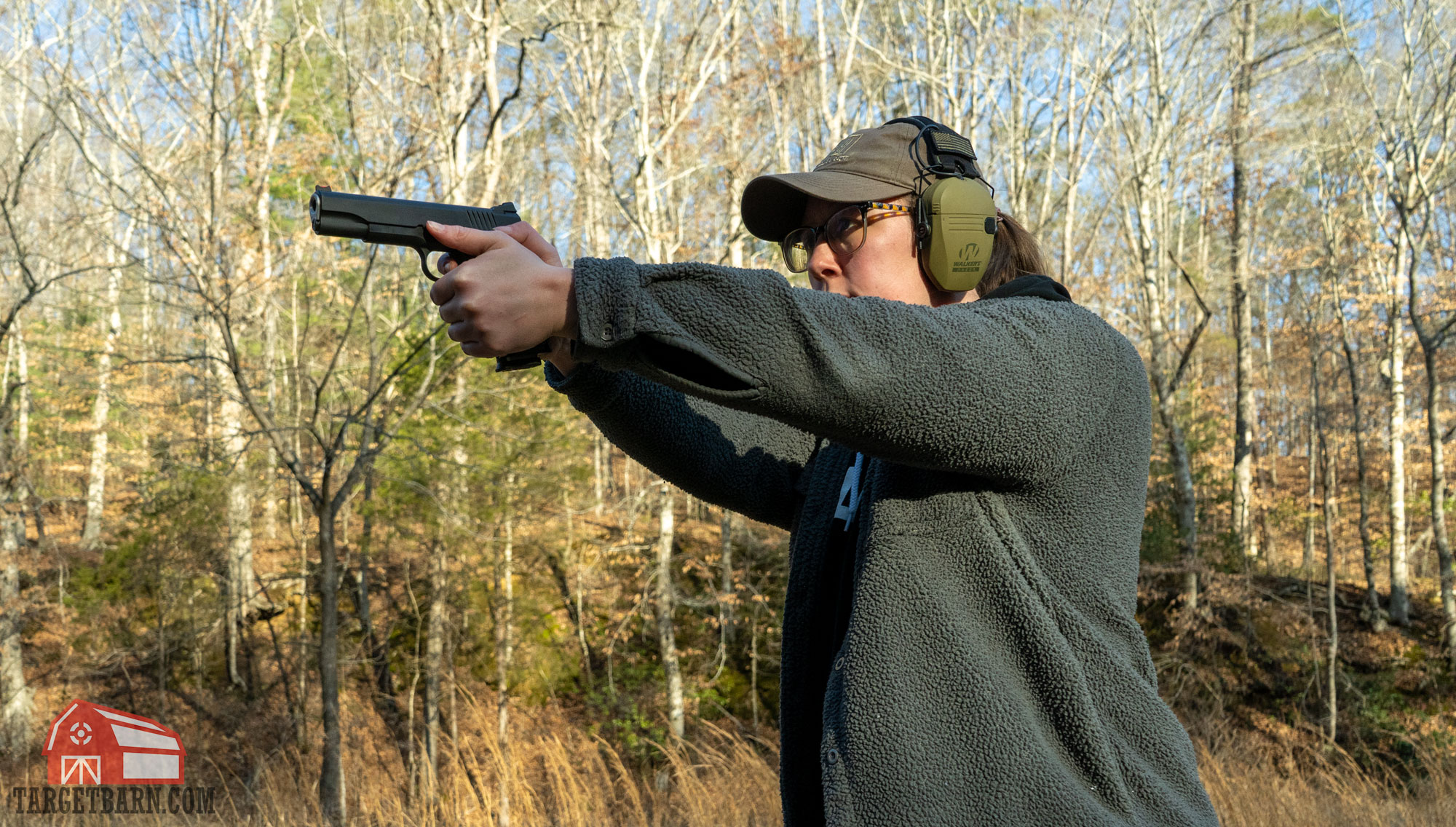