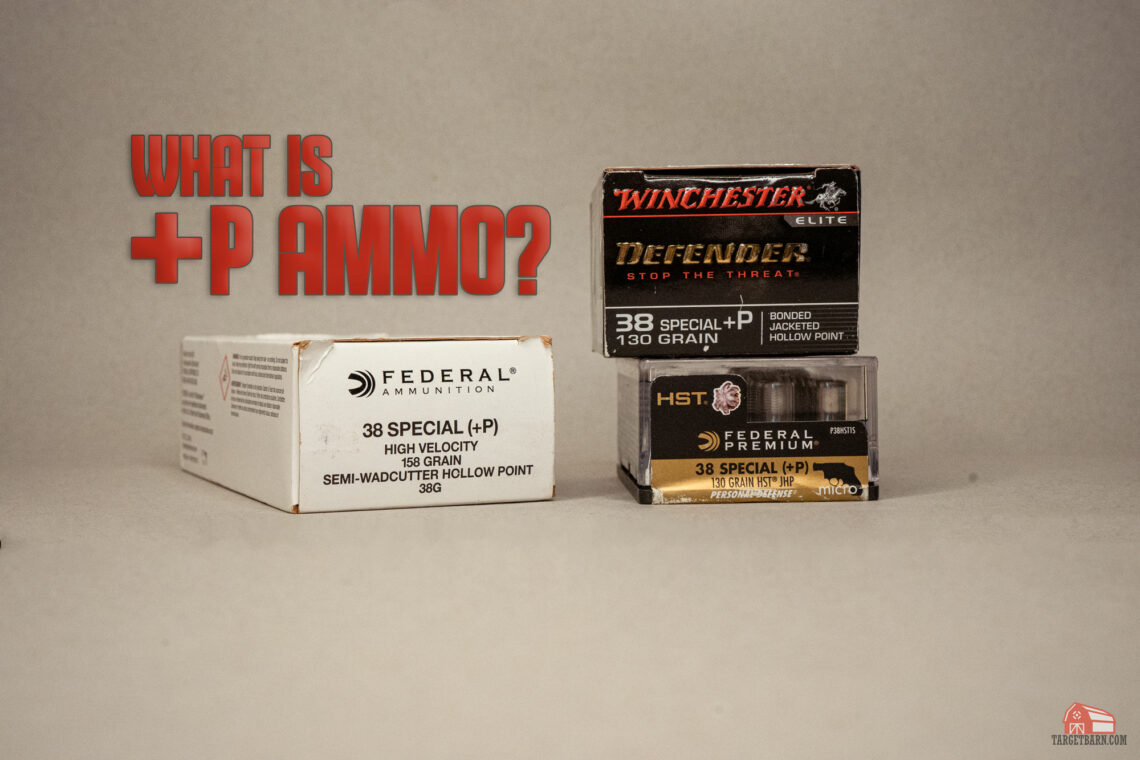 Overpressure ammo, also known as +P ammo, is ammo that is loaded to generate a higher-than-standard chamber pressure during ignition. A +P cartridge will give its bullet a faster than usual muzzle velocity. This in turn confers a flatter trajectory and the delivery of more kinetic energy to the target. A +P cartridge will also generate more recoil energy, as well as accelerate wear and tear on a firearm.

A manufacturer or handloader can load any cartridge to higher-than-standard pressure. In the United States, the Sporting Arms and Ammunition Manufacturers’ Institute (SAAMI) sets the standards which commercial ammo producers must adhere to while loading ammunition, including those cartridges’ chamber pressures. For example, SAAMI specifies the 9mm cartridge’s maximum average pressure as 35,000 pounds per square inch (psi).

In addition to standard pressures, SAAMI specifies the maximum chamber pressure threshold for several +P cartridges. For the most part, +P ammo is comprised primarily of pistol cartridges; the three most popular among them are 9mm +P, .38 Special +P and .45 ACP +P.

There are other types of +P ammo such as .257 Roberts +P and .38 ACP +P. The .38 Super +P and .38 Super ammo are actually the same exact cartridge. Ammo manufacturers just add the “+P” as an extra reminder never to fire .38 Super in a handgun that is chambered solely for .38 ACP, as this could easily destroy it.

Importantly, SAAMI does not specify +P standards for all cartridges. For example, there is technically no such thing as “.40 S&W +P,” “10mm +P” or “.223 Rem +P.” It is certainly possible to load these cartridges so they generate higher than standard chamber pressures, but SAAMI does not acknowledge them. Legitimate ammo manufacturers will thus never market ammo as “.40 S&W +P,” as such a round does not exist in accordance with widely acknowledged industry standards.

Because it is loaded to generate a higher chamber pressure, a +P round essentially transfers more energy to its bullet than an analogous standard pressure round is capable of. A bullet that travels faster will follow a flatter trajectory. That’s because it is giving gravity less time to pull it down to earth. A flatter trajectory is not synonymous with better accuracy. Though, most shooters find it easier to aim when the bullet drops at a slower rate in flight.

A bullet that is traveling faster will also transfer more energy to its target upon impact. Impact energy is a product of exactly two variables: bullet weight and bullet velocity at the moment of impact. For example, a 115 grain bullet traveling at 1,000 feet per second (fps) strikes its target with 255 foot-pounds (ft lbs) of energy. But if that bullet’s weight increases to 124 grains while its velocity remains constant, its impact energy accordingly increases to 275 ft lbs.

A +P cartridge increases the second variable, velocity, so its bullet can transfer more energy to the target. To use the same example as earlier, a 115 grain bullet traveling at 1,200 fps transfers 368 ft lbs of energy to its target. In this case a velocity increase of 200 fps thus translates to about 44% more energy on impact!

+P Ammo for Self Defense

These figures are only hypothetical, but they do demonstrate how much more damage a +P round can do than its standard equivalent. This is why many people prefer keeping +P ammo for self-defense: It’s potentially capable of neutralizing a threat more quickly. People who carry short-barreled revolvers are also likely to keep them loaded with +P ammo. That’s because it can help to compensate for a shorter barrel’s tendency to produce slower muzzle velocities.

It is important to note that many authorities do not believe +P ammo to be more effective at neutralizing a threat. Instead of debating stopping power, we would rather you draw your own conclusions. Though, there is a very natural argument that a bullet which hits its target harder is indeed capable of inflicting more damage to it.

It is easy to appreciate how a +P round produces more recoil. Recoil energy is a product of four factors: muzzle velocity, bullet weight, propellant weight and firearm weight. If all other factors remain constant, then increased muzzle velocity means increased recoil upon ignition. Increased recoil makes shooting less comfortable. It also extends the amount of time the shooter must spend restoring their aim on the target following each shot (thanks to a phenomenon quite literally known as “muzzle flip”). Luckily, we’ve previously covered shooting tips to manage recoil.

Accelerated wear on the firearm is the primary reason why it is generally not advisable to shoot with +P ammo. If you would ever fire +P ammo in self-defense, then it is important to train with it so you can familiarize yourself with its performance. That said, it is not worth firing +P ammo during regular target practice and plinking. You do want to preserve your valuable firearm, after all.

Can Your Handgun Fire +P Ammo? 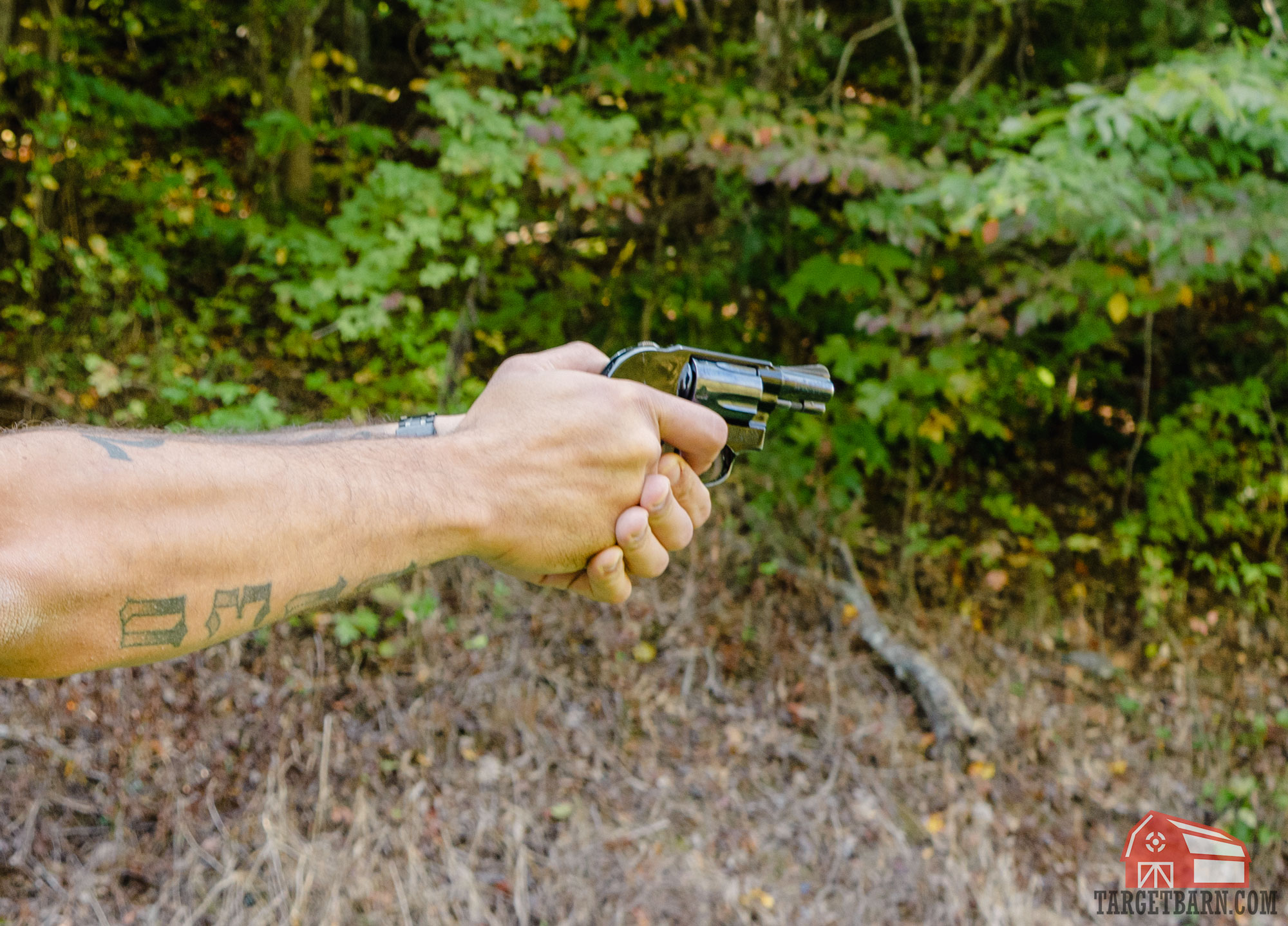 Most manufacturers rate their modern firearms for +P ammo. Older firearms – especially those which were manufactured before +P ammo became common during the 1990s – may not be rated for +P ammo.

Firing overpressure ammo in a firearm that is not rated for +P may cause immediate damage to the firearm. It will also probably harm whomever happens to be holding said firearm. This is why it is crucial that you determine whether your firearm is rated for +P beforehand. Consult the manual. If the manual doesn’t clarify the matter, consult the firearm manufacturer directly. If they don’t know, don’t take any chances with +P. The benefits are not worth the risk!

“+P+” indicates that a cartridge is loaded to an even higher pressure than the threshold SAAMI specifies for +P.

Because there is no standard for it, a +P+ cartridge can theoretically be so powerful that firing it conveys a 100% chance of destroying the firearm and injuring the shooter. But the key word here is “theoretically.” Commercial ammo producers like Buffalo Bore often load +P+ ammo, but certainly not with malicious intent. They typically recommend their +P+ ammo only for certain types of firearms – i.e. handguns that are substantial enough to absorb so much added pressure without becoming damaged.

However, because there is no industry standard for what constitutes a +P+ cartridge, firearm manufacturers typically advise never firing it. They are protecting themselves against liability in case a customer fires a “hot” cartridge loaded by an irresponsible handloader.

In other words, commercially loaded +P+ ammo is safe to fire in certain firearms. However, firearm manufacturers typically advise against doing so because of liability. 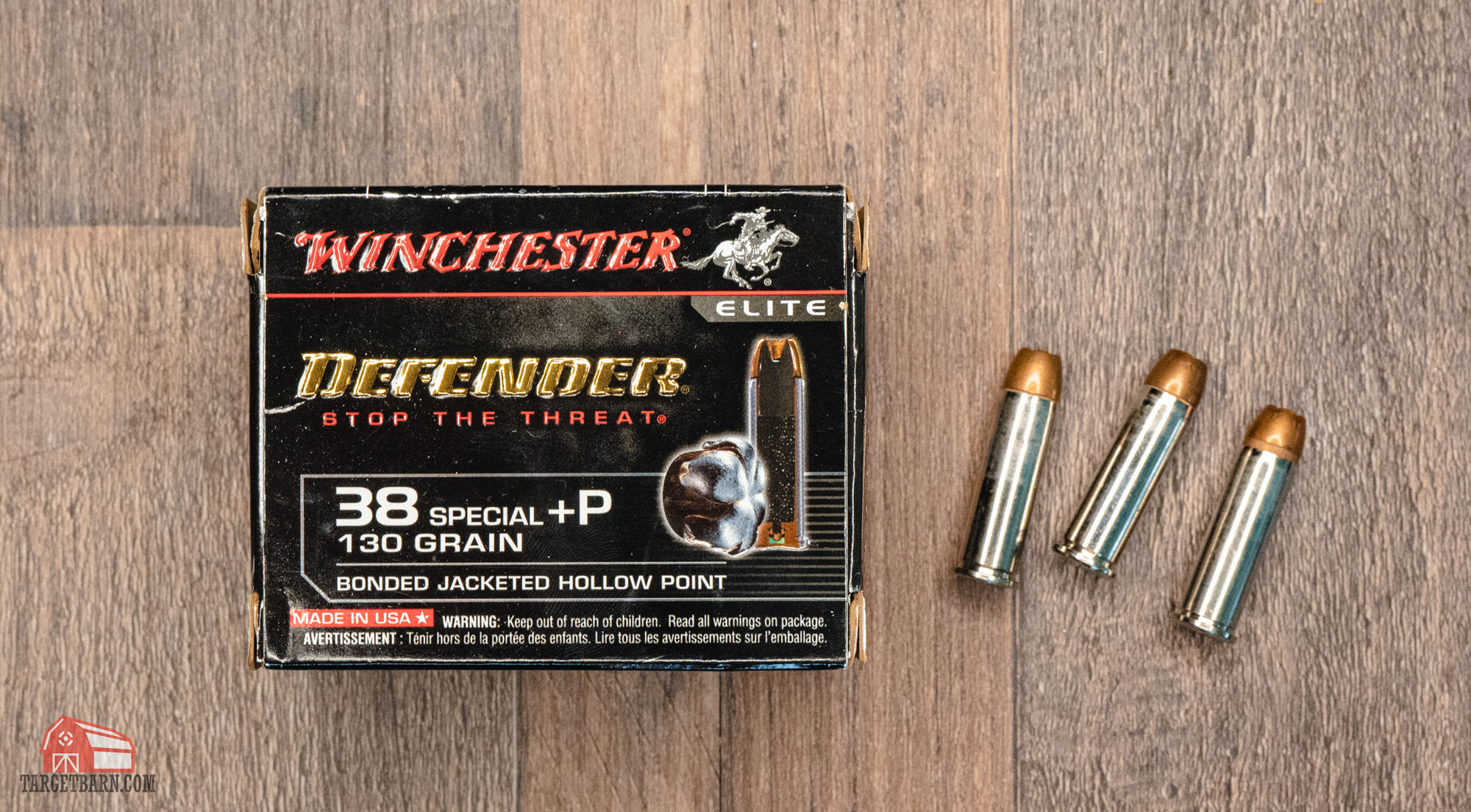