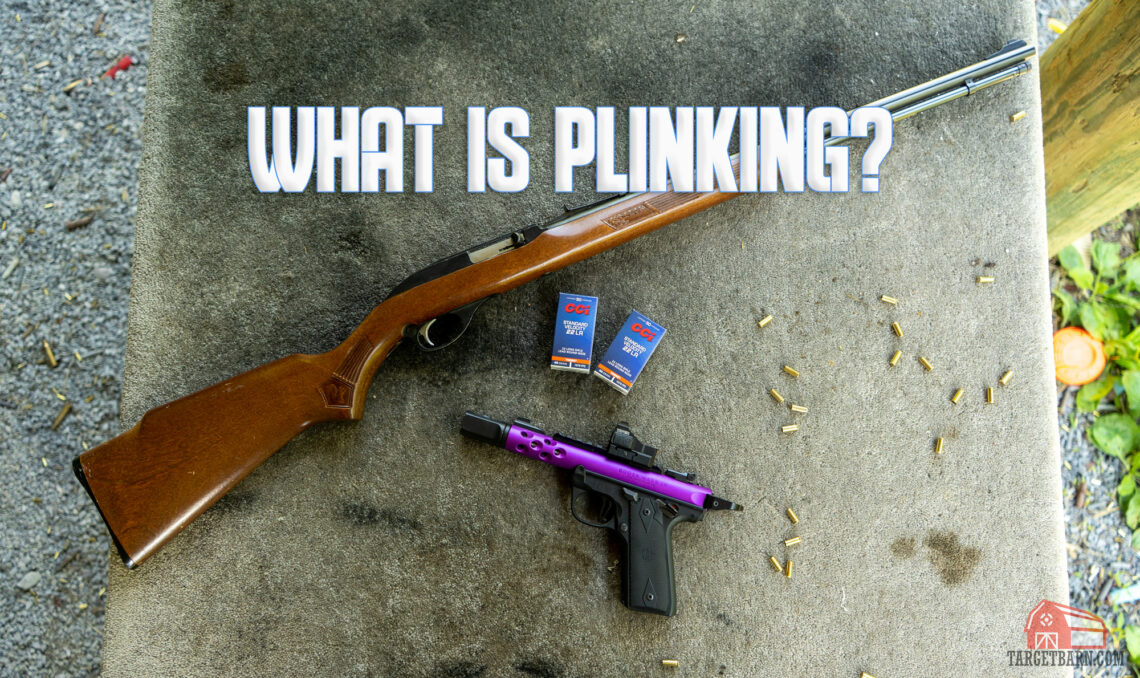 If you’re a new shooter, you may have heard the term “plinking” floating around and wondered, “what is plinking?” Today we’re looking at what plinking is and what guns, ammo, and targets you need for optimal plinking at the range! 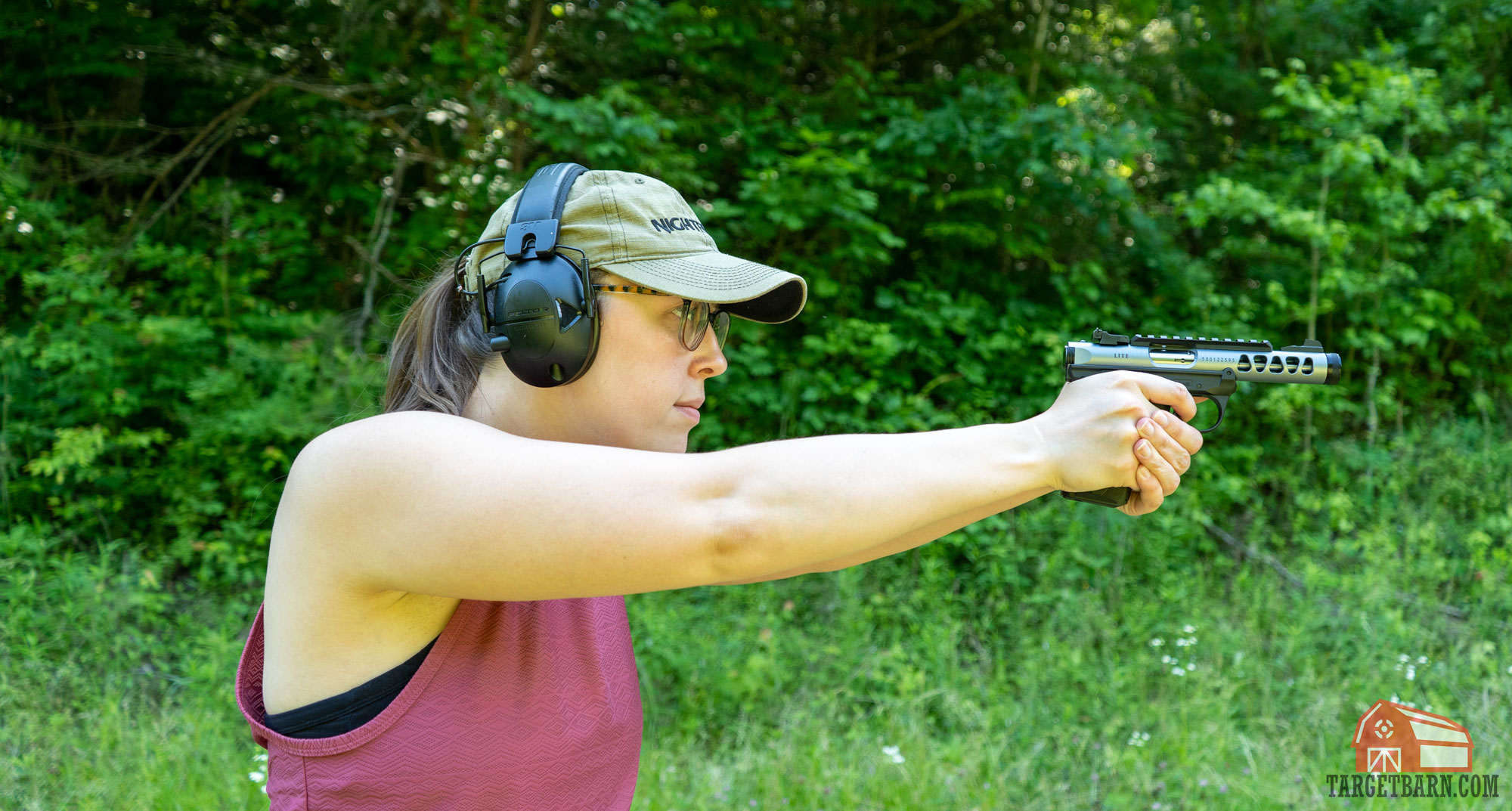 Plinking is generally considered any type of shooting that is just for fun. We see it as casual or informal shooting for enjoyment as opposed to shooting matches or training for self defense and home defense.

The term comes from the “plink” noise that bullets make when they hit steel targets.

While the purpose of plinking is to just shoot for fun, a shooter can gain skill and competency from the extra shooting practice.

What is Plinking Ammo? 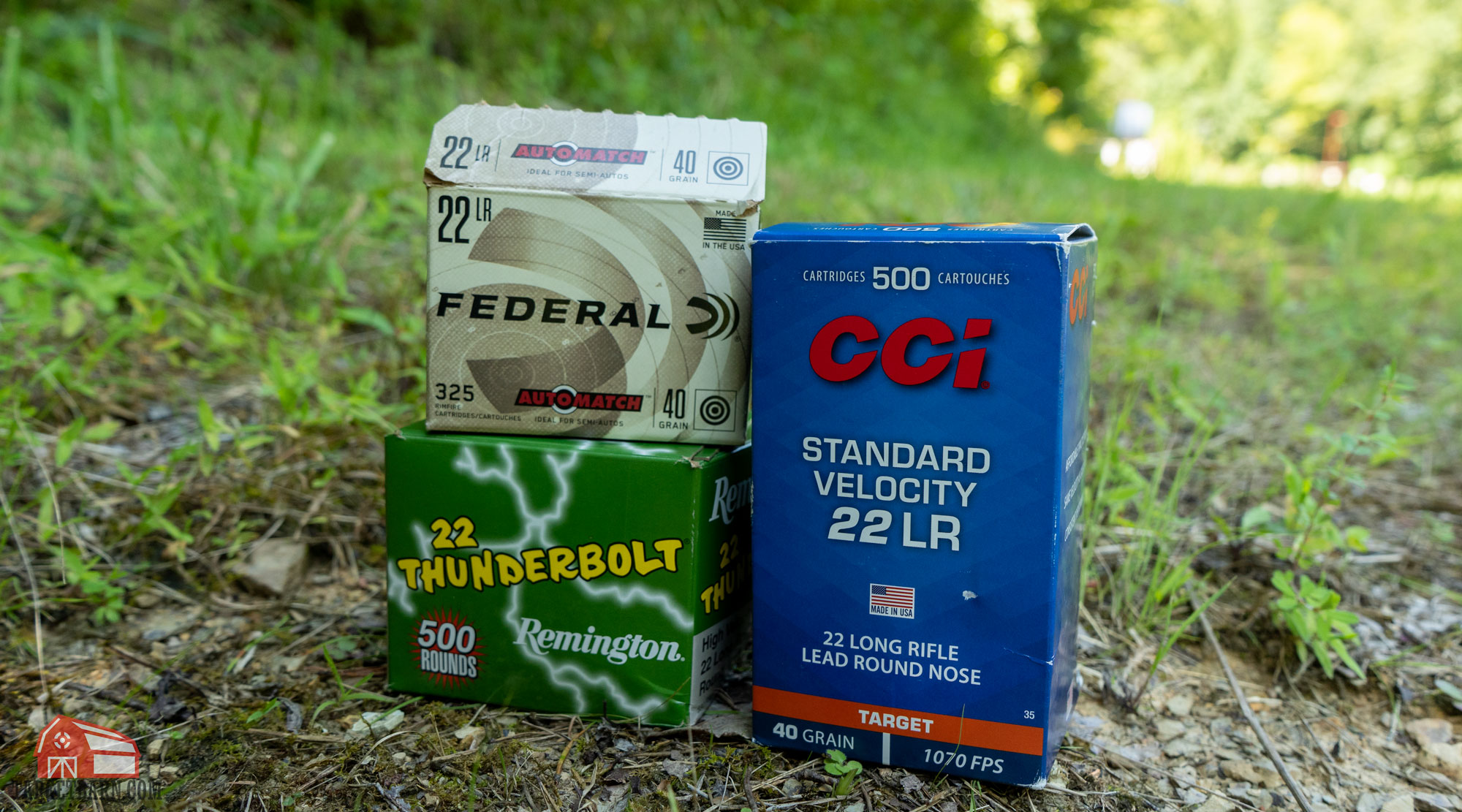 A shooter can use whatever ammo they have on hand to plink, but most typically use more affordable rounds. If you’re shooting just for fun, you don’t want to use up your expensive match ammo!

Plinking can be done with any caliber, but most shooters prefer to do it with more economical calibers like the .22LR.

When shopping for centerfire ammo, you’ll want to find affordable ammo that is reliable. You can save some money by purchasing steel-cased ammo. You cannot reload steel-cased ammo like you can with brass-cased ammo, but if reloading is not important to you, then you’ll appreciate the savings. We’ve previously covered the differences between steel vs. brass ammo if you’d like to learn more.

If you’re looking to do some rimfire plinking, .22LR is a smart choice. Some great .22LR rounds for a fun range trip include: 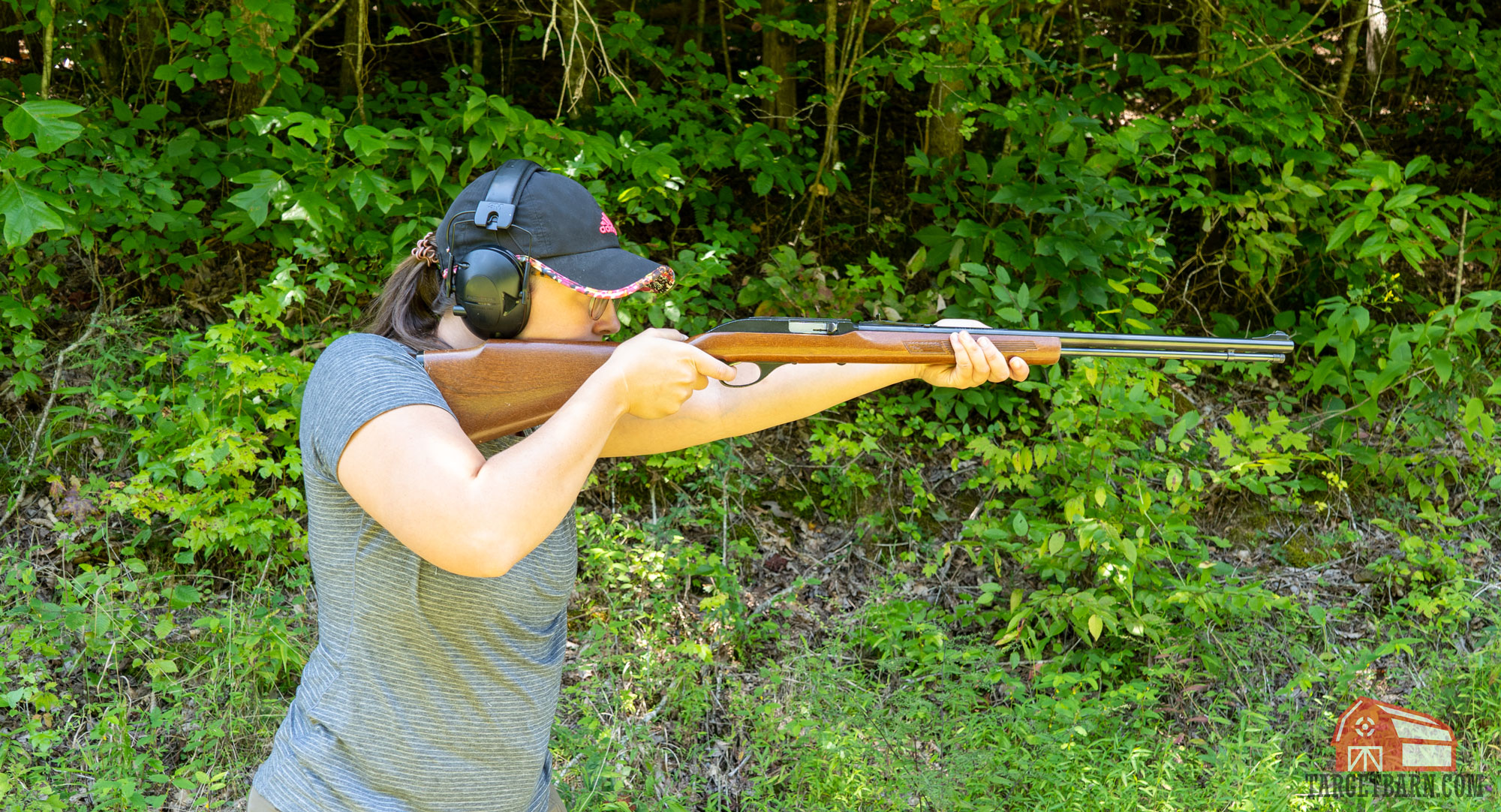 Shooting .22LR is a great way to get in some fun shooting time because of its affordability. There are many great .22LR rifles for plinking on the market. Any .22LR rifle that functions as it should and is easy to shoot will be a good gun to plink with. Here are a few of our top choices:

Pistols chambered in .22LR are fun guns to plink with. Some of our top picks are: 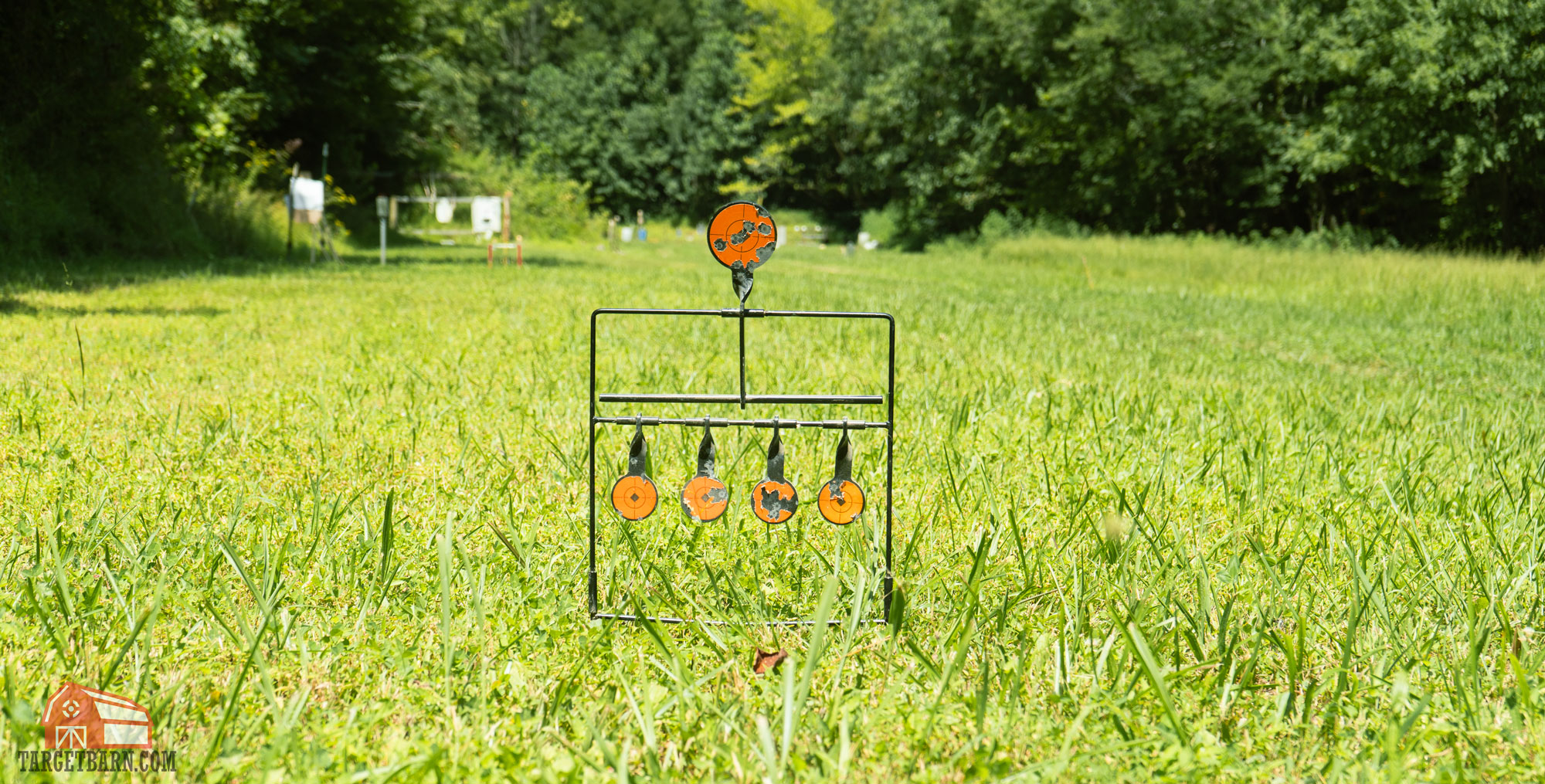 As we mentioned earlier, the term comes from the plink noise that occurs when the bullet hits a steel target. However, you can shoot whatever targets you’d like.

Some people opt for shooting tin can bottles, while others may shoot simple paper targets. Of course, there’s something extra gratifying about hearing that “plink” on the steel.

If you’d like to hear the “plink” of a bullet hitting, the Birchwood Casey Double Mag Target Spinner is a great option! It rotates as the rounds hit the target, adding to the fun and challenge! If you’ll be shooting with larger calibers, you’ll want something like the Birchwood Casey Boomslang AR500 Shooting Gong which is rated for up to .300 and .338 calibers.

Whatever gun, ammo, and targets you choose to plink with, as long as you’re safe and prepared, you’re sure to have a great range day!