Ammo Made by Shooters for Shooters

Fiocchi Munizioni was founded by Giulio Fiocchi in 1876. Formerly a soldier in Napoleon’s army, the Milanese bank manager had been tasked with overseeing a nearby musket and black powder factory’s loan. When the factory ultimately defaulted, Giulio saw potential. He consulted with his brother Giacomo, an engineer, and fleshed out a plan to turn that factory around. After taking out a loan from Giulio’s former employer, Fiocchi was officially in business.

Fiocchi’s first step was to abandon musket production, and they cut the black powder out of their business model shortly thereafter. The company would instead focus on making just one thing well: modern brass cased ammunition with replaceable primers. Fiocchi was so successful early on that they built houses for their workers to live in. They even paid their workers well enough that they could eventually afford to buy those houses as well!

Fiocchi served as Italy’s main ammunition supplier during WWI. Nazi Germany took over their factory during WWII, and had planned to demolish it before it could fall into Allied hands toward the end of the war. The Fiocchi workers foiled that plot, only to have their factory blown up by a Allied bombing shortly thereafter. Undaunted, the Fiocchis built one of Europe’s most technologically advanced factories once peace resumed. 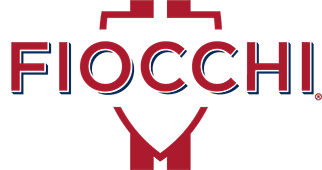 Heading West to the U.S.

Fiocchi partnered with Smith & Wesson to open a factory in Alton, Illinois in the 1950s, but that experiment proved short lived. Carlo Fiocchi was sent to the U.S. in the early 1980s to assess what it would take for the company to establish roots in the world’s biggest ammo market. The answer, Carlo decided, was to build their own operation here.

Fiocchi of America was established in Springfield, Missouri in 1983. Their original plan to simply import Italian-made ammunition proved untenable, so Fiocchi selected Ozark, Missouri as the site of their new factory. Today more than three quarters of the ammo Fiocchi sells in the U.S. is produced right here as well.

Fiocchi’s ammunition is famously high quality. The company is still owned by its founders’ descendants, whose interest in bearing their birthright into the future is personal as well as professional. Many members of the Fiocchi family are engineers, and their techniques, machines, and prototypes are employed to great effect daily. (If God bestows talent in engineering, it would seem He has a special fondness for Italians.)

Fiocchi produces ammunition to suit virtually any application, including law enforcement, self-defense, tactical shooting, cowboy action shooting, 3-gun shooting, and clay shooting, as well as hunting big game, upland game, waterfowl, turkey, and varmints. If you want ammo that not only performs flawlessly, but is also part of a nearly 150-year-old tradition of excellence, then you need only seek the box that still bears Giulio Fiocchi’s name!

Browse From The Best Manufacturers